A Bit of a Change!

Last month Eco Club set out on their adventures wrapped up warmly, this morning it was suncream and sunhats - a bit of a change!   The Tawny Owl they saw last time, was fluffy and cute.  Today, Tony showed the children three Jackdaw chicks, not as ugly as anticipated.  He pointed out the large gape that the chicks have, that is put to good use when they want food from their parents. The changing weather, a warm spell, followed by the cold  and now warm again has meant that some birds of the same species are sitting on eggs, some have very young chicks and some have young nearly ready to fledge. Each chick received their ring. 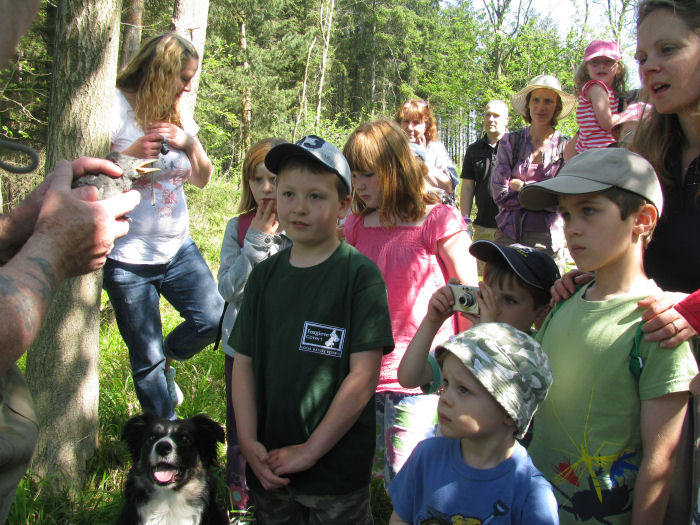 Our next activity was pond dipping where we caught lots of tadpoles.  These tadpoles did look a bit bigger and certainly more active than they had been a week or so ago.  Unfortunately very little else was found.  A cross country route brought us to the path to the middle moor and the children soon found the Black and Red  Froghopper.  On the middle moor the sweep nets were put to good use. 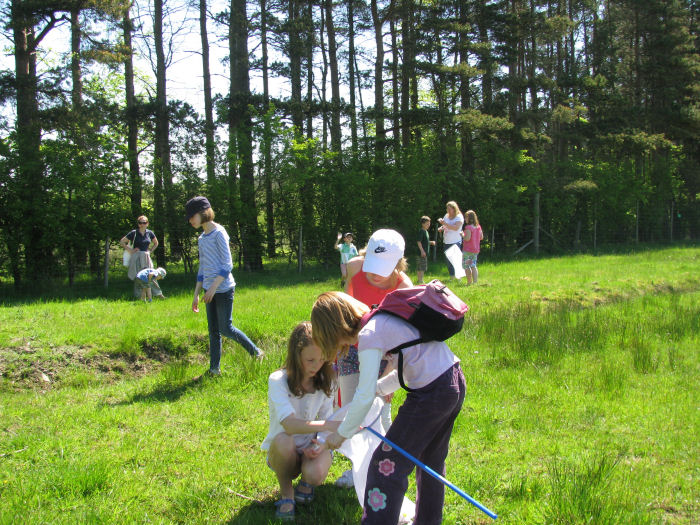 Various insects were identified including a Large Red Damselfly, an Orange Tip Butterfly, St Mark's Fly, some flower bugs and a really good catch - a Scorpion Fly.  Walking past Kidney Spot corner with an explanation that not many were to be found here now, as they have gone 'walk about' along Risedale Beck, several were found!

A Two Banded Longhorn Beetle was spotted in the undergrowth and was soon in a pot for everyone to look at.

Thank you to everyone who joined in and helped this morning.