As has been mentioned when the sun comes out so do the insects.  This Peacock Butterfly looks as though it has a fringe! 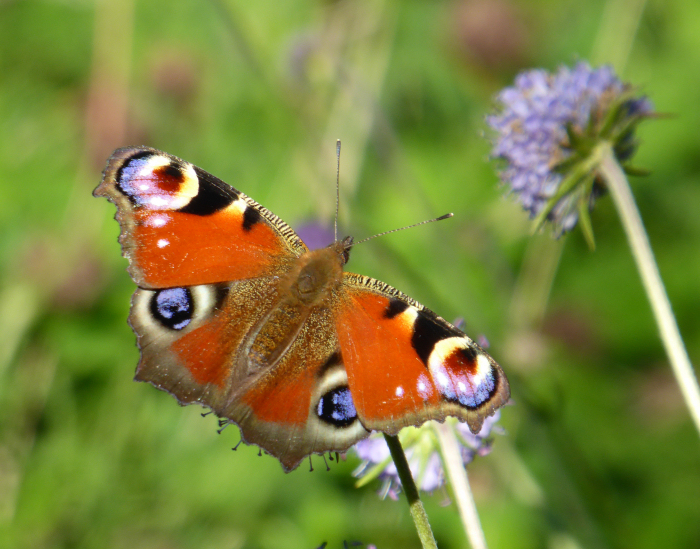 Walking through the Scrapes a dragonfly was seen hunting when it suddenly made a turn upwards and caught an insect.  It then landed on a post.  If you look carefully (make sure you are not having your tea!) you can just see the wings of the insect. When the photograph was downloaded it was interesting to see the number of wings this dragonfly appears to have! 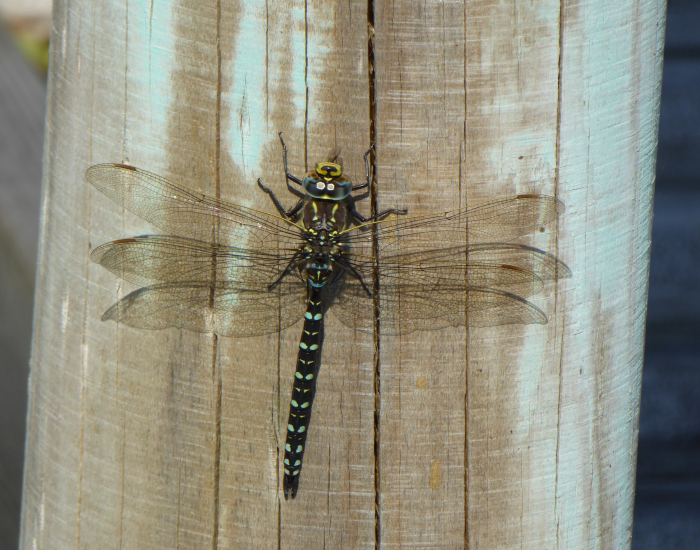 Early in the morning some bees are to be found sitting very close to the flower head, obviously not yet warm enough to be feeding.  Have they spent the night there?  We will need to investigate. 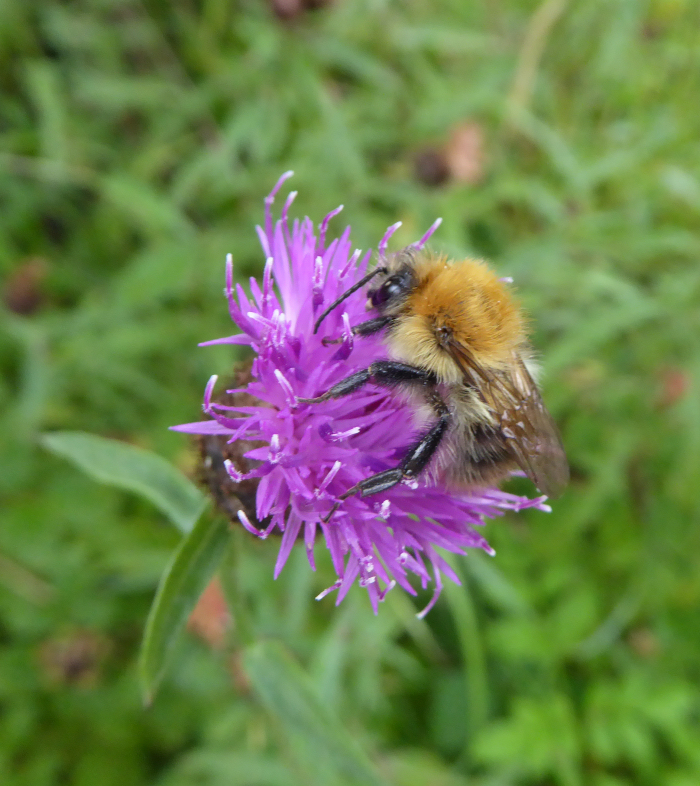 Jack, a member of the ringing team rings currently on Salisbury Plain and caught  a Lesser Whitethroat today, a bird we do not see any more at Foxglove. 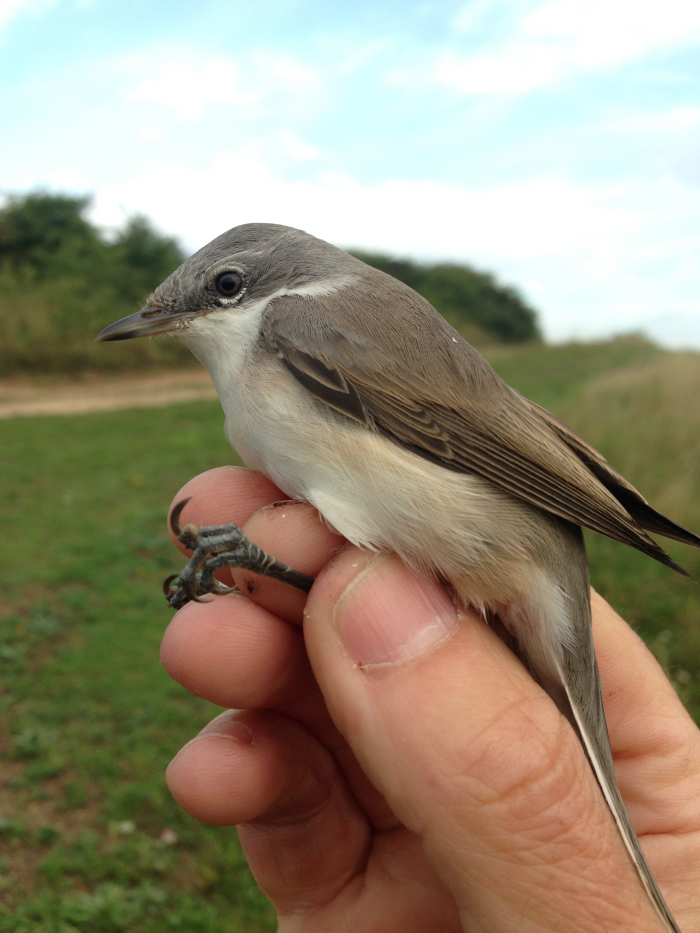 Another bird, few people have seen is a Wryneck; Jack caught this beautiful bird earlier today.  They are a Red Listed bird.  They mainly feed on the ground, on ants, and don't climb trees like other members of their family. 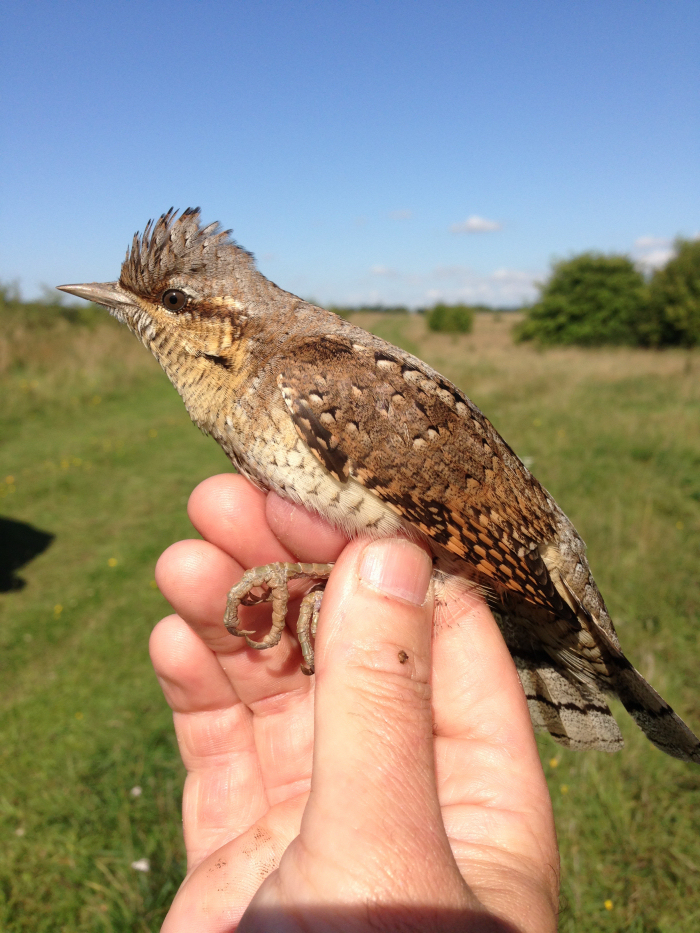 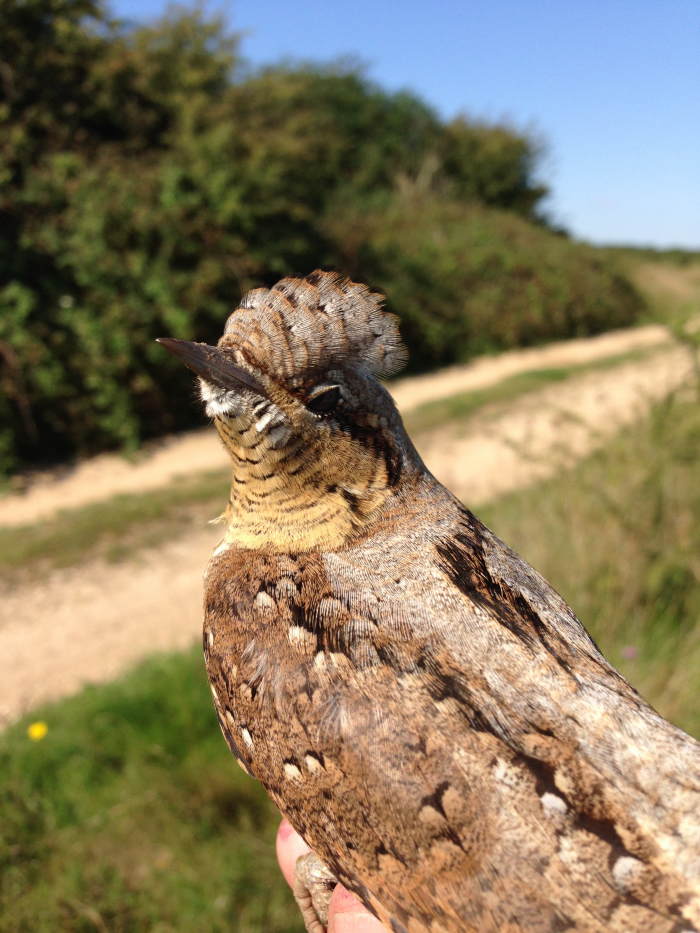 The ringing team at FGC completed the last CES of 2015 this afternoon.  Twenty three years of CES, with not a day missed - a tremendous achievement.  The data has been collated and sent to the BTO - it is an amazing set of records.

CES does not just happen.  A dedicated team of ringers arrive at dawn throughout the summer and leave at least 11 hours later.  Many volunteers support the ringers by carrying out a multitude of different tasks.  A huge thank you to everyone involved. 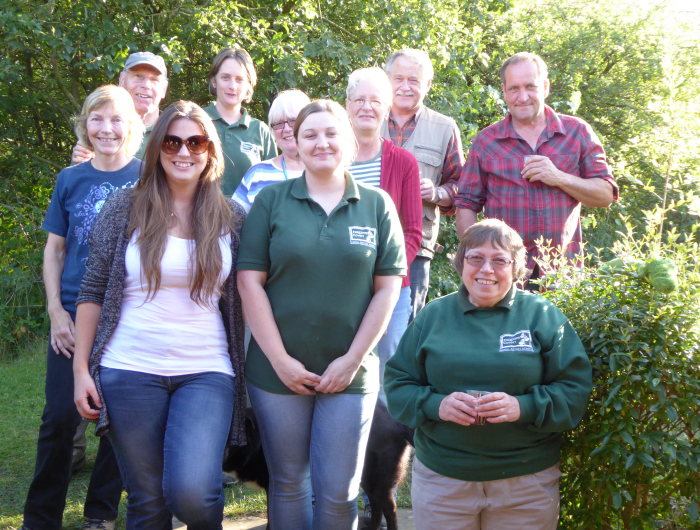 A Song Thrush was ringed this morning and it showed off its patterned plumage as it was held for a photograph. 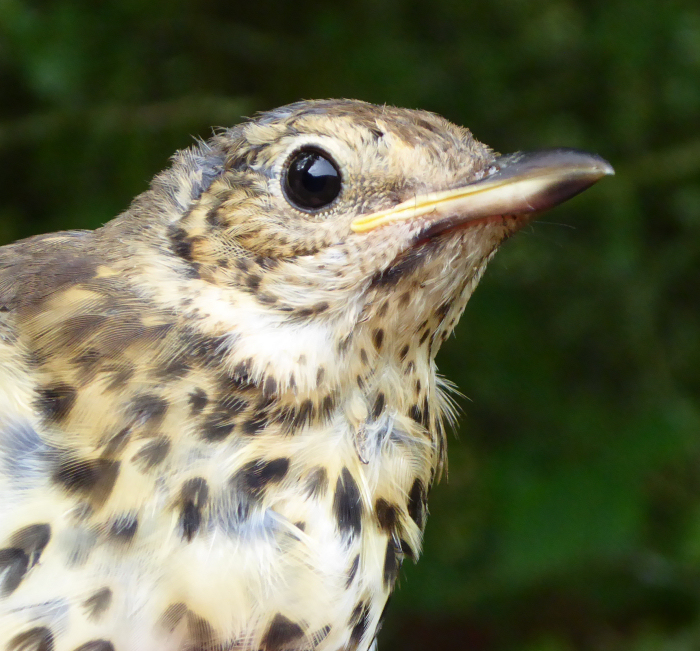 Great Spotted Woodpeckers, Nuthatches, Siskins, and Lesser Redpolls all passed through the ringing room today along with some of the other regular visitors including Goldcrests, 15 Bullfinches, a Sparrowhawk, many Chiffchaffs and 21 Chaffinches.