In places around the reserve we were sheltered from the biting wind and the sun was warm.  The head of the lake was calm, whilst closer to the hide there were small waves. 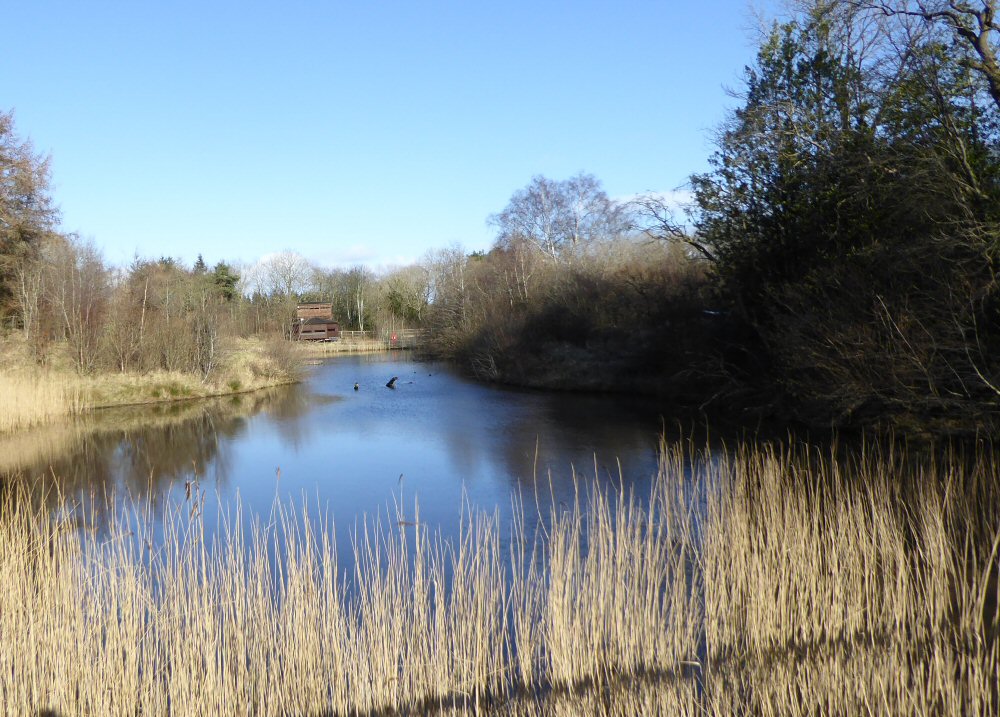 Spigot Mere was a different kettle of fish as there were almost 'white horses' on the waves, crashing against the bund.

Later in the day the wind had dropped a little and the Mere looked calmer. 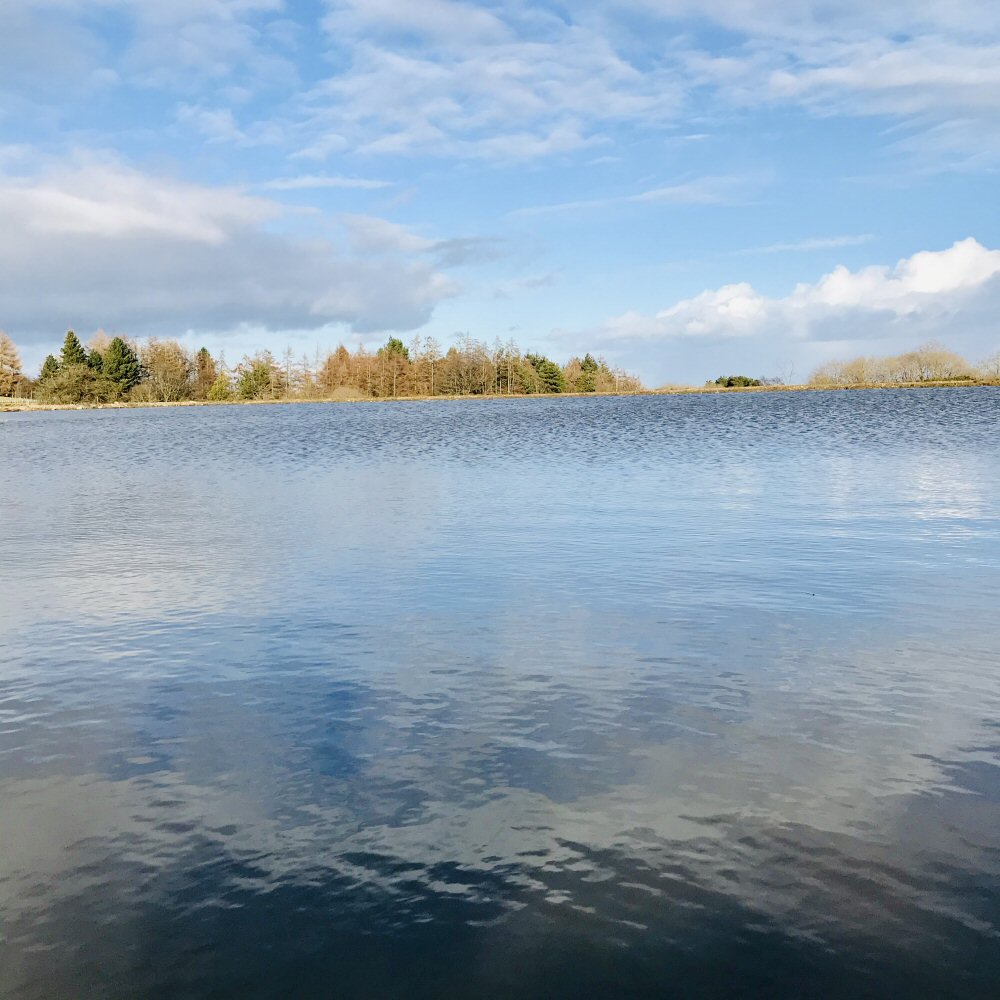 Most of the snow that fell on Monday had melted but as you turned some corners a white carpet was laid out in front of you.  As the saying goes snow left in the hedgebacks means more to come.  Could this be classed as a hedgeback? 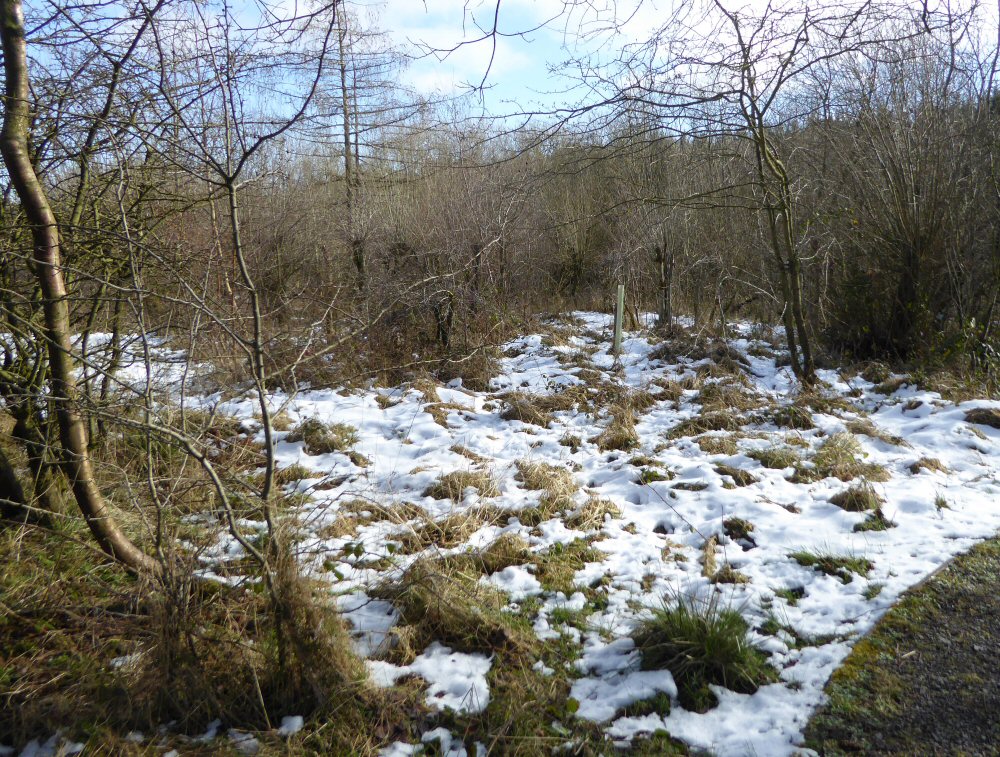 It was the end of the month flower walk and as well as recording the flowers 'in flower' we continued with our tree ID.  Those pesky conifers are not easy! 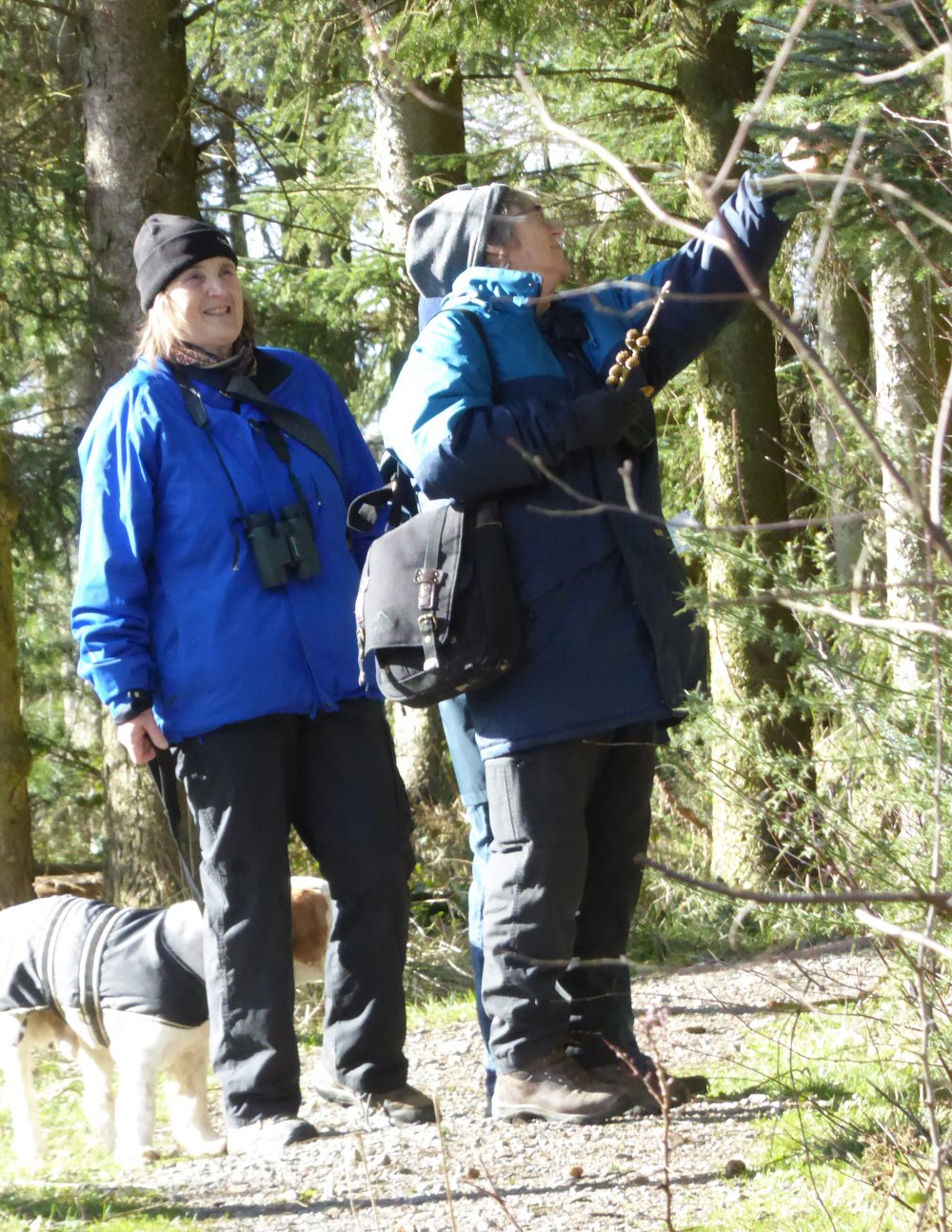 We can recognise Larch and it was showing its female flowers. 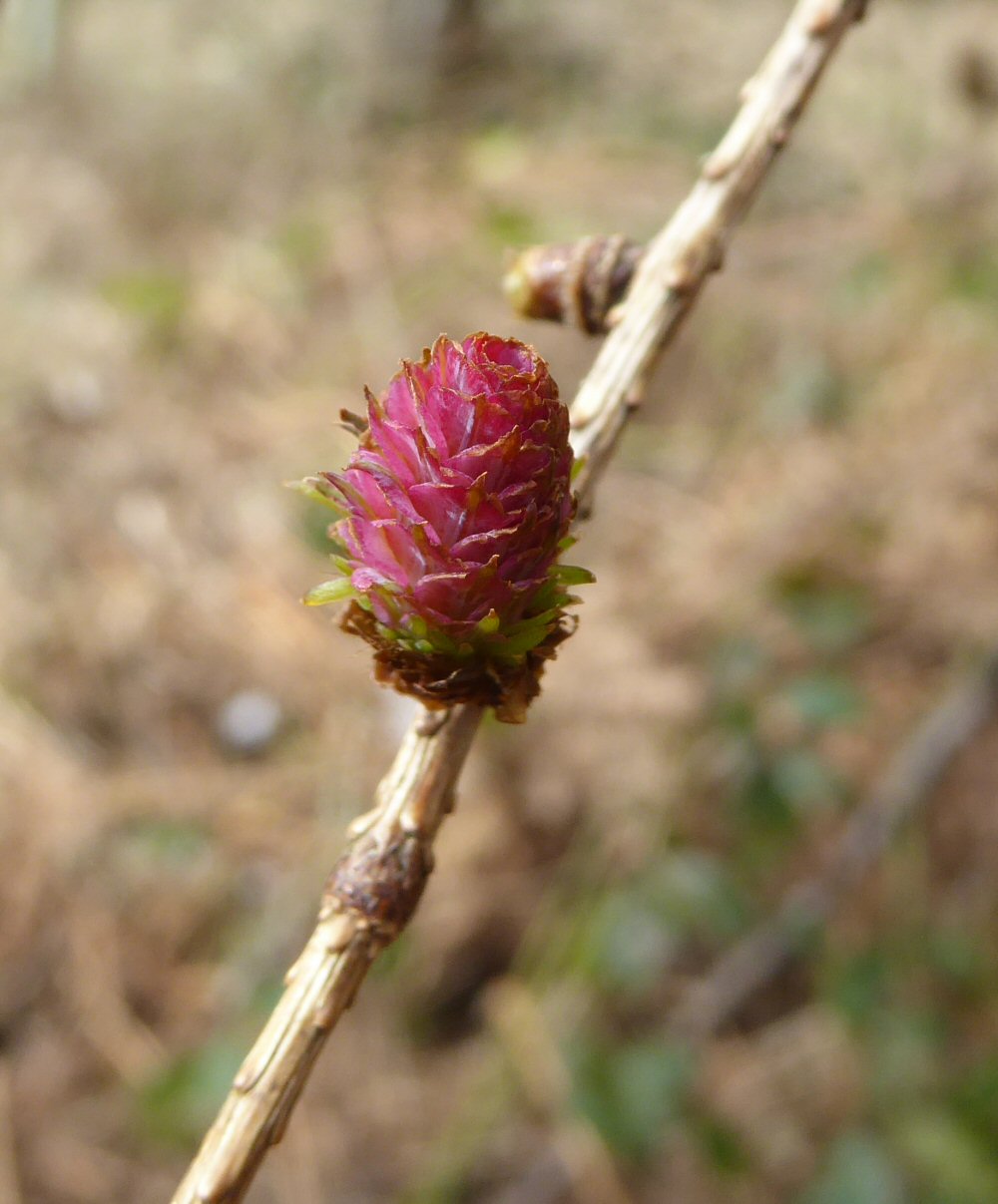 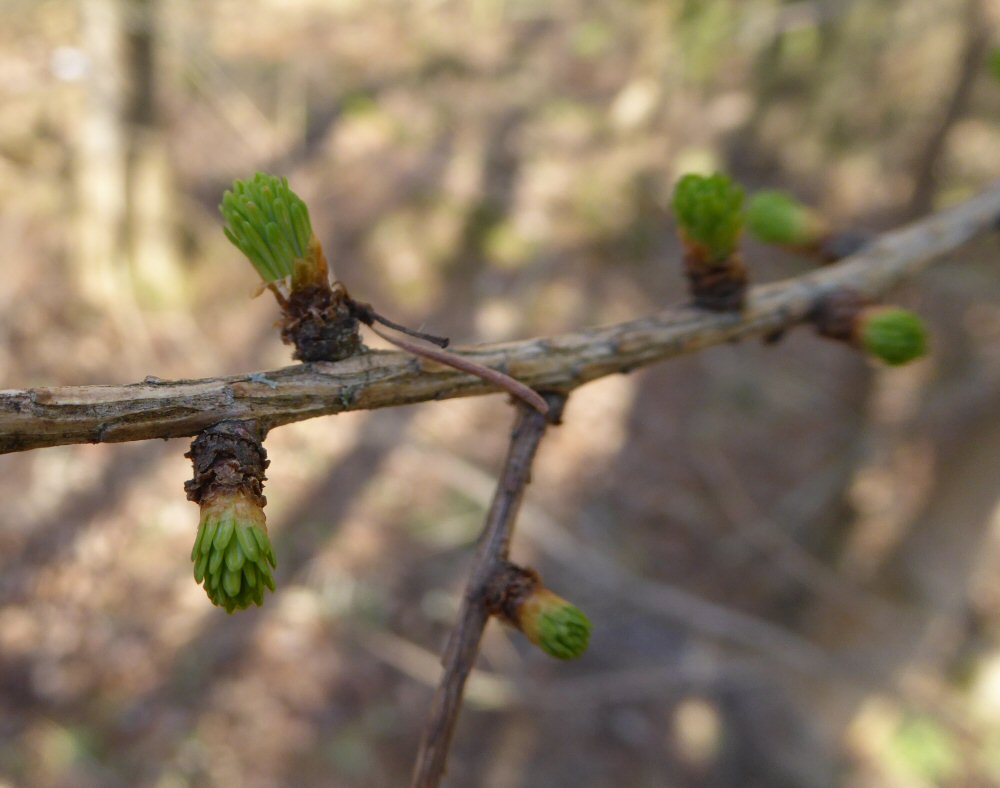 Out on the moor a Goat Willow was noticed as its buds had also burst.  It was counted in the flower list although these stamens had not yet matured, some were seen on the large Willow next to the perimeter fence near the gate. 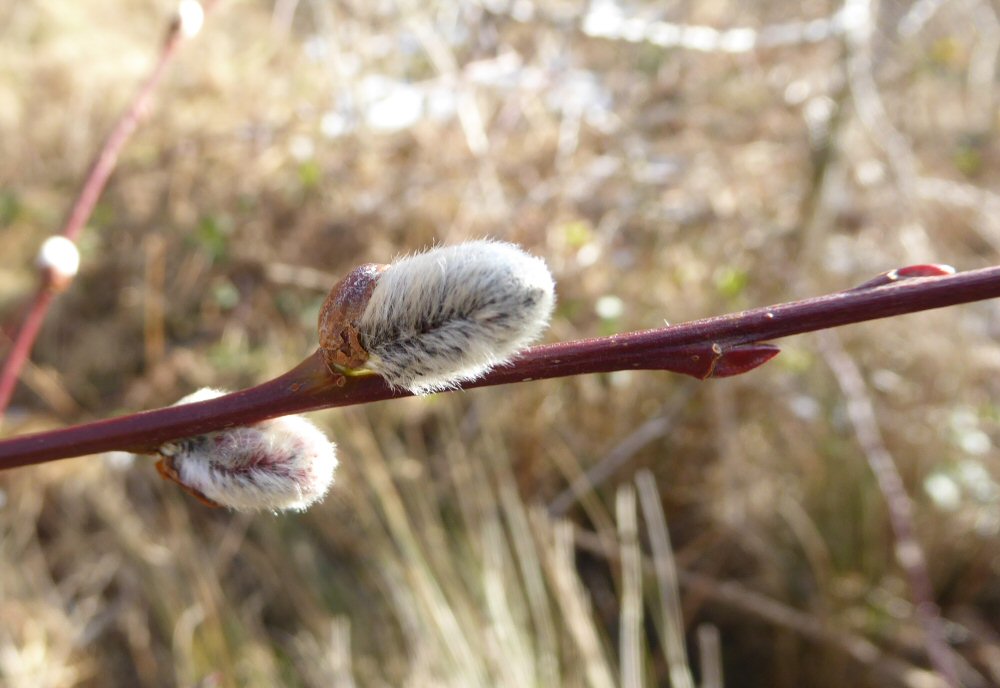 At the end of the walk eight flowers had been recorded.  Thank you to all the volunteers who helped.  It was commented upon that next month we would need pen and paper to record all the flowers - at least we hope we will.