It is a great privilege to walk around the reserve at dawn, even though it means getting up much earlier.  There was no wind so the mist hung in the air and tiny water droplets coated many spider webs. 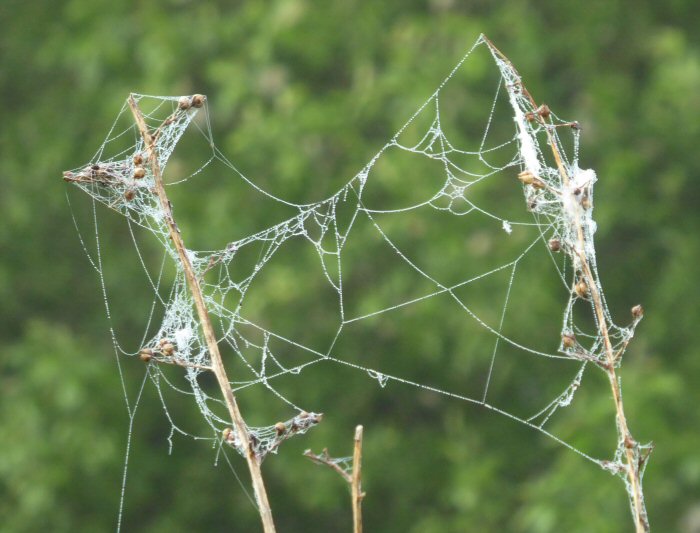 Some were strung between plants. 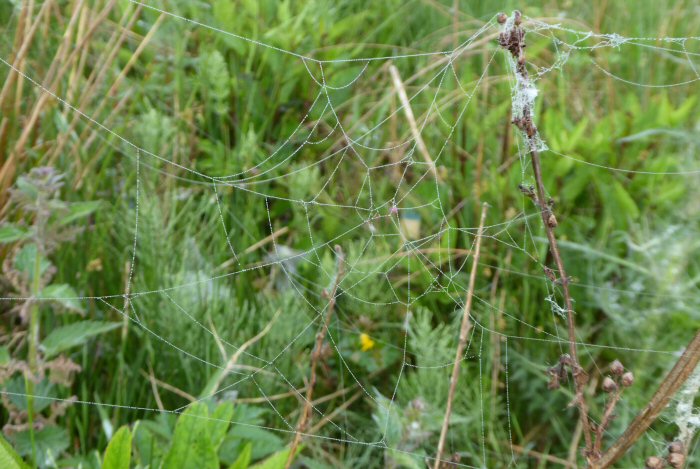 Walking with my pup beside me, I realised that she had stopped and was almost pointing.  I followed her intense stare and thought I saw some Guelder Rose flowers through the misty vegetation.  Almost at the same time thinking that was the wrong shape, size and colour.  It was the white bottom of a Roe Deer.  We stood quietly and I took some photos but there was a brown splodge through the vegetation, so walking stealthily forward I managed to see her head, even if it did have that pesky vegetation right in front of it!  She knew where we were as she looked straight at us before moving slowly away.  I wondered if her kid was somewhere in the vicinity and she was leading me away from it. 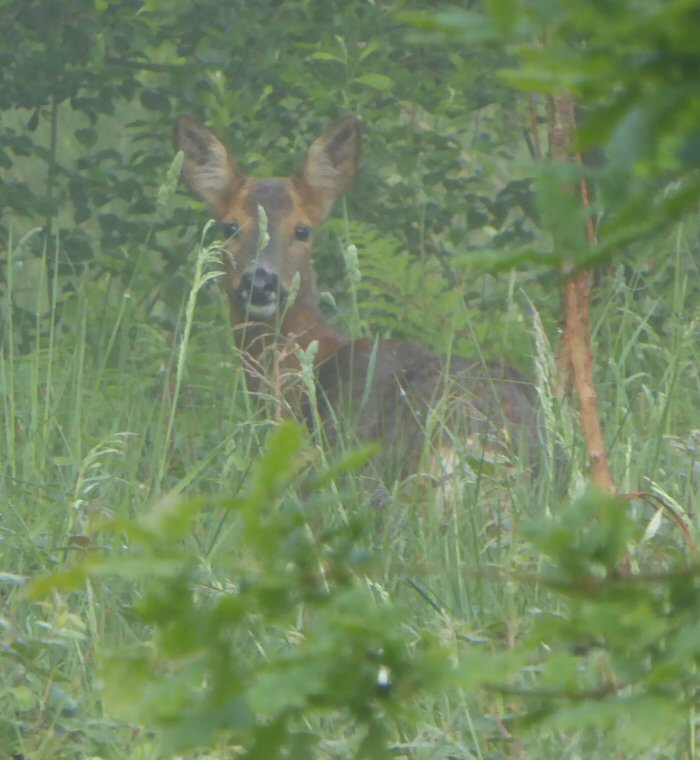 As it was CES 4 we expected to have more juvenile birds through the ringing room.  Many of the Great Tits ringed in the nest boxes were processed, in all 46!  A few Blue Tits were also handled. 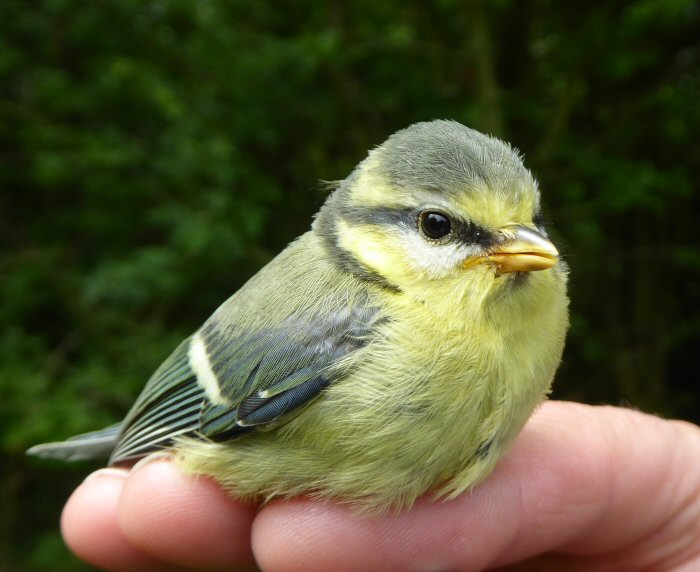 A juvenile Willow Warbler received its ring and then was returned to the area where it was caught.  It sat catching insects as they flew past before flying further into the undergrowth.

Juvenile Robins were the first youngsters to make it to the ringing room this year.  They continued today and a further 12 received their rings.  These birds are speckled and will not gain their red breast for a few more weeks when they look as though they have been dusted with red powder poster paint! 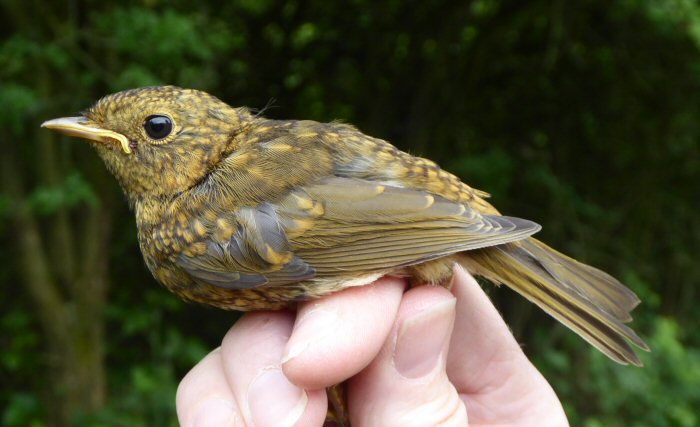 There were also young of Chaffinch, Dunnock and Long-Tailed Tit.

In all 160 birds were processed, making it the third best CES 4 ever in 26 years.  The bird ringers expertly raised the nets, carried out net rounds, processed birds and returned the nets to the net room, after ten and a half hours, well before the forecast rain, which actually never materialised.  Many thanks for all your hard work.  Thanks also to the volunteers who helped to prepare the net rides.

The mist lifted and the afternoon was warm and sunny, bringing out many damselflies and insects.  This character was hanging on the upright of the fence on the heath, not the best background for a photo, nor was the light in the right place!  I have, at this time no idea which caterpillar it is but some research may help.  I thought it looked quite smart, although I know many will not agree with me! 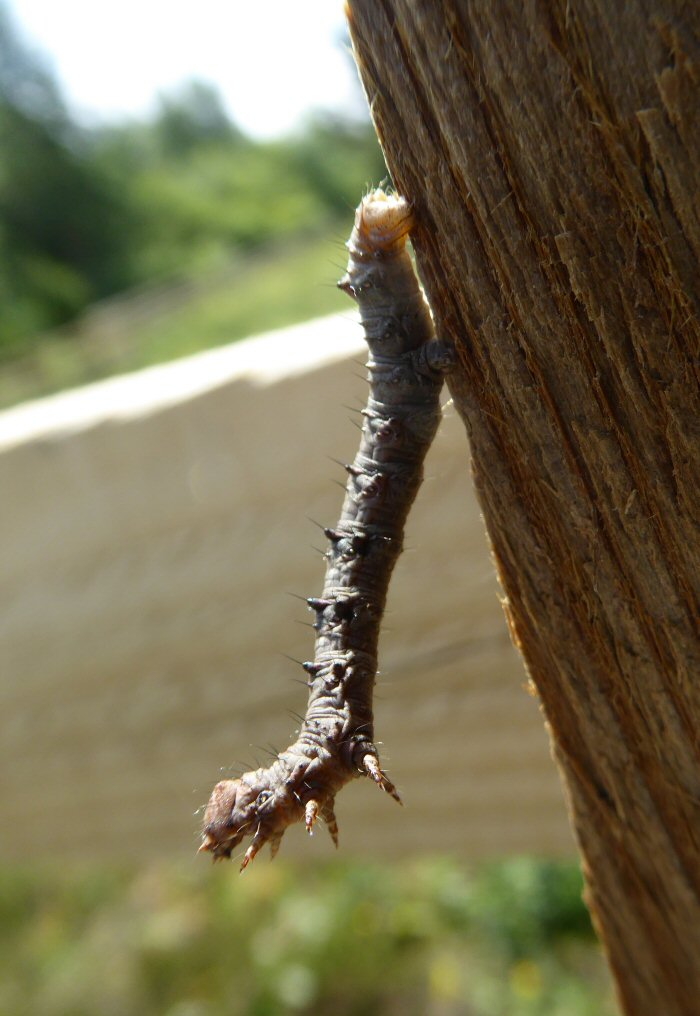 And to add a little bit of colour to the blog, the Northern Marsh Orchids and their hybrids are in flower in several places on the reserve. 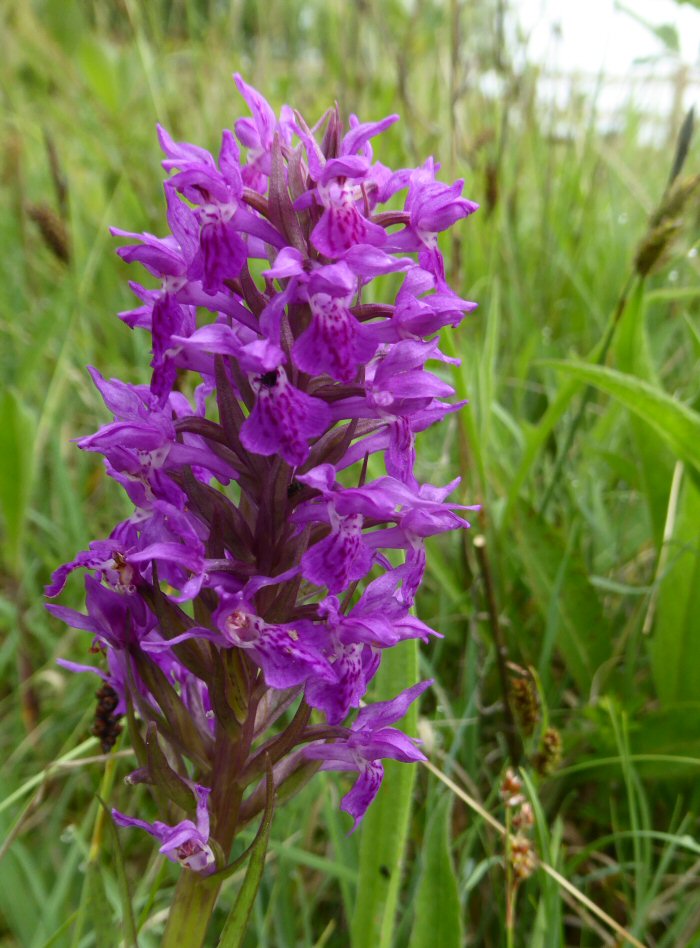