A Sedge and a Reed and More News

Most of the sedges, rushes, and grasses have finished setting seed.  However in the Scrapes, Galingale is just flowering.  This sedge really does have edges!  However it is very difficult to get a good photograph of the edges!  The photo below shows the flower head and if you look closely you can see the yellow stamens. 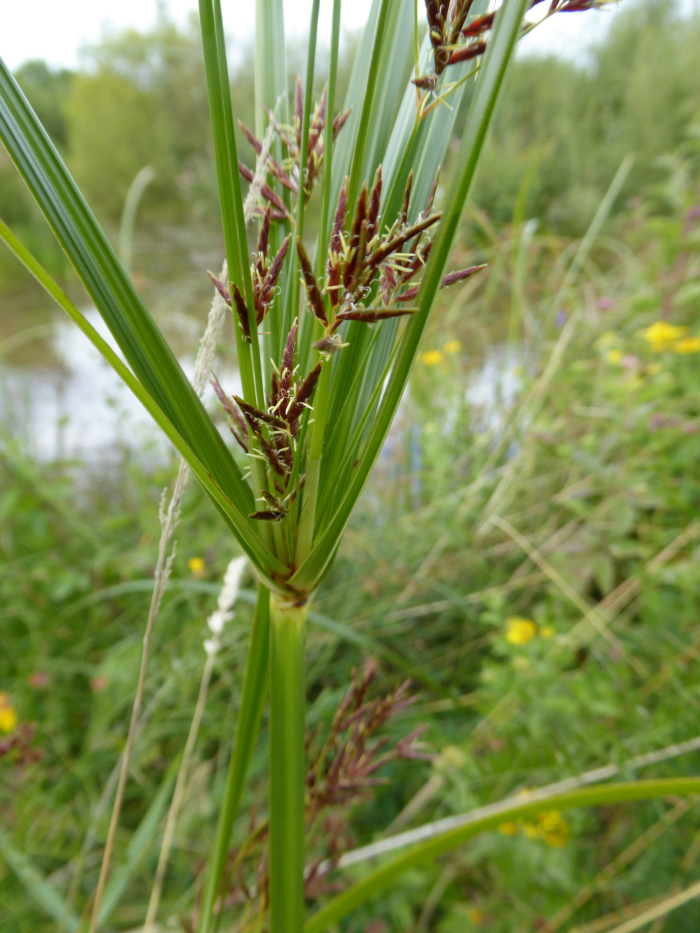 At the head of the Scrapes the reed bed is thriving after it has been cut over the last two years.  Sedge Warbler and Reed Warbler have bred in the area this summer.  During the winter Reed Buntings will roost here.  The reeds are Phragmites australis. 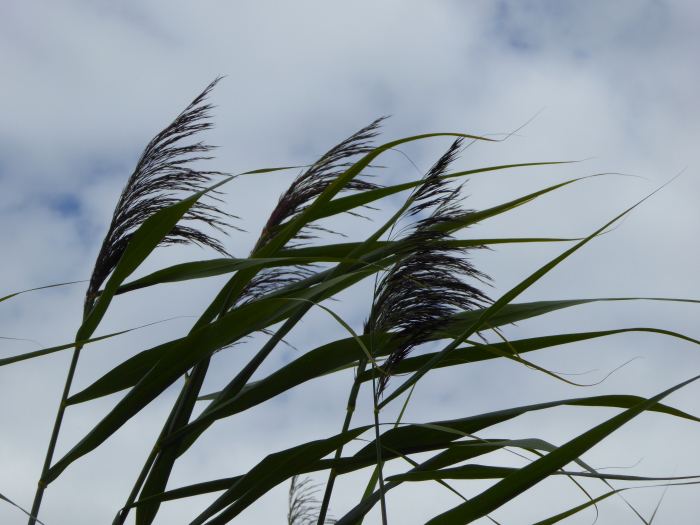 After rain or a heavy dew the leaves become covered in water droplets that often appear to defy gravity! 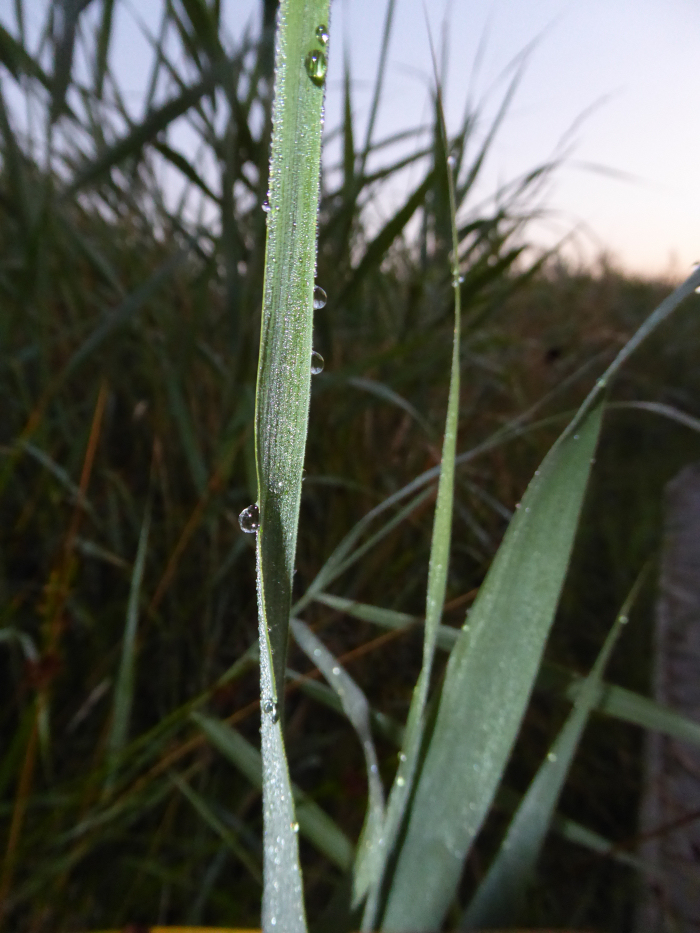 Last night, around 11pm, news from the North, reported that the first Stormies were caught.  During the night 122 birds were processed.  Four of these were controls, birds that have been ringed elsewhere, one of them was from Norway!  The team is just about ready to head off again.