Weather conditions during the week provided the perfect opportunity for ringing migrating Meadow Pipits out on the training area. In only a few hours over fifty new birds were caught and ringed however, surprisingly, only twenty-eight were Meadow Pipits! An unusual catch was this Linnet. It was a juvenile male and was identifiable as such by its first few plum coloured chest feathers. The common linnet (Linaria cannabina) is a small passerine bird of the finch family, Fringillidae. It derives its scientific name from its fondness for hemp and its English name from its liking for seeds of flax, from which linen is made. It is on the red list.  Red list criteria includes:

Twenty-two of the birds caught were Reed Bunting, both male and female. In winter these birds can roost in large flocks in reed beds. More information about this species can be found on the BTO website. This photograph shows a female which has a paler head than the males. Reed Bunting are currently on the amber list which is the next most critical group. 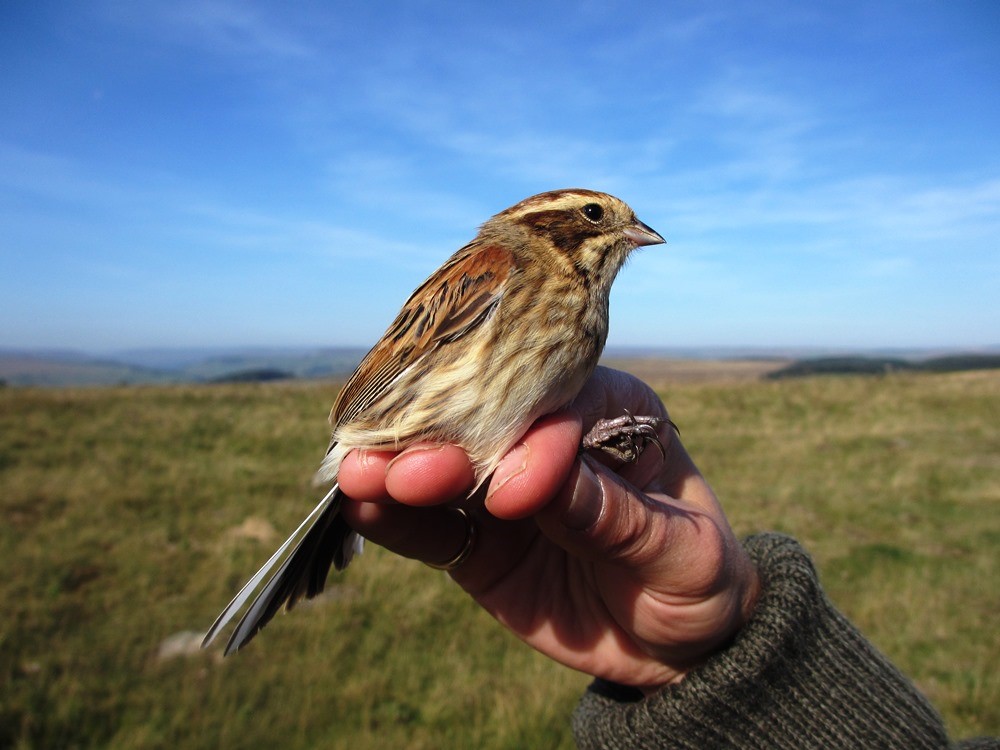 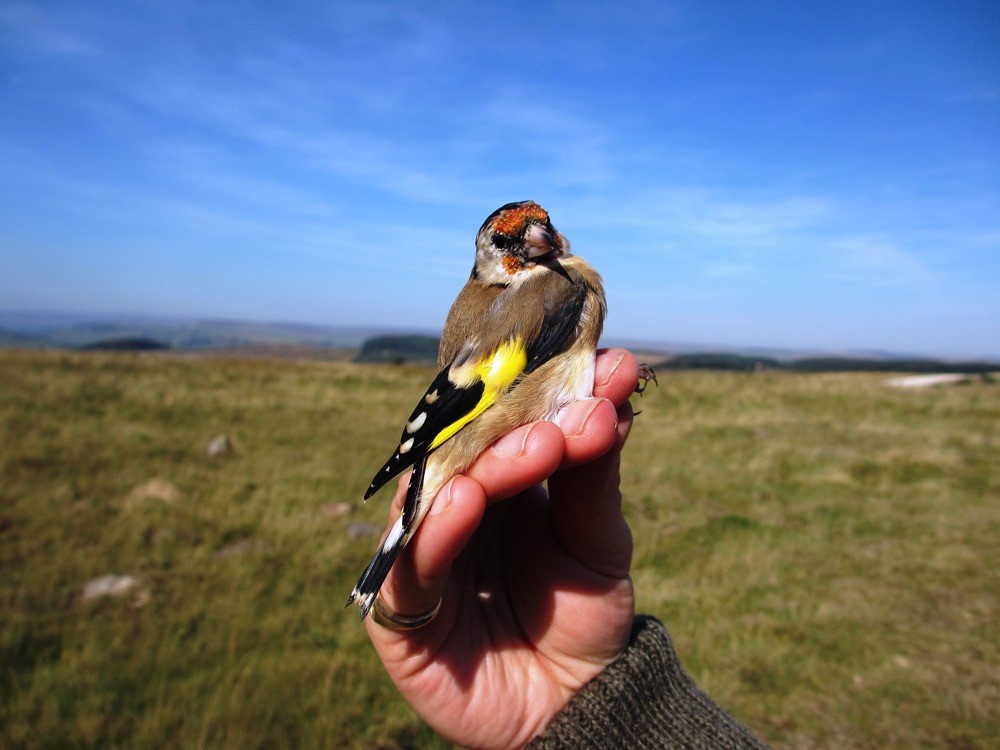 These colourful finches appear to be doing well and are often seen in back gardens. Putting out nyger seed in feeders is a great way to attract them into a garden. They are on the green list meaning that in terms of conservation they are in the least critical group. More information about the UK Conservation Status can be found on the RSPB website.