First some facts and figures; 11 moth traps set around the reserve. 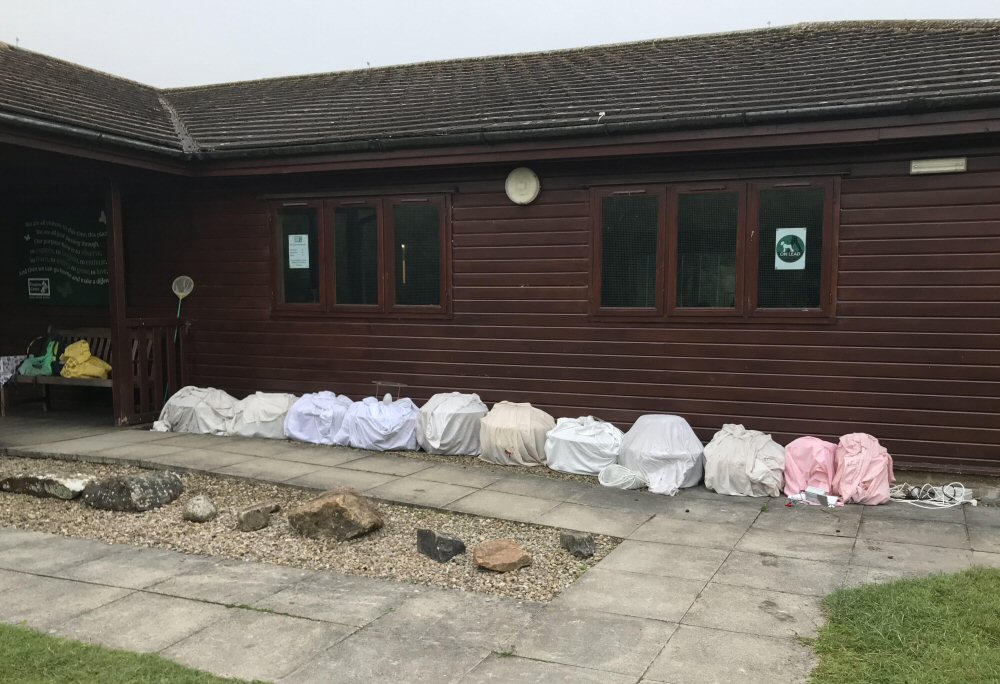 Each one had a power supply which was switched on at dusk and off at dawn.  White sheets were placed underneath the traps to encourage the moths.  66 species were recorded on the sheets before the traps were even opened.  The number of species by the end of the morning was 157.  This total may increase when Charlie Fletcher (Moth Recorder for VC65) continues the identification at home.  Not only did he identify the moths but he acted as scribe too.  It took 4 hours to empty all of the traps. 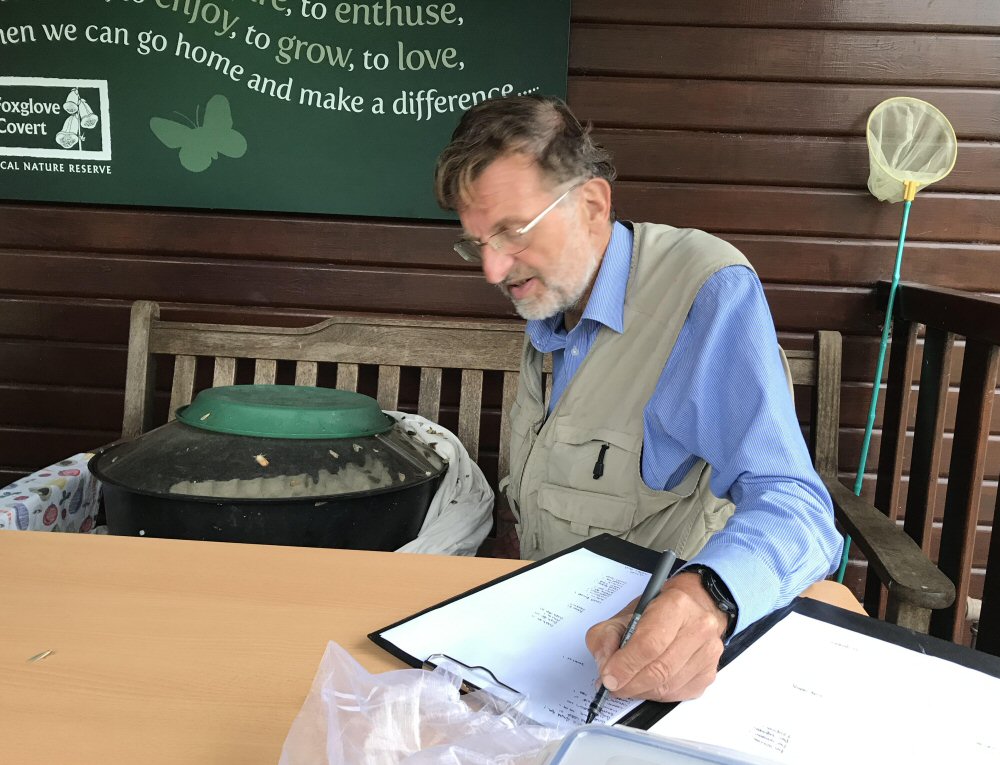 There were two new macro moths for the site, the first being Light Knot Grass. Its flight season is from late May to mid July.  It frequents acid moorland, heaths and bogs.  Larval food plants include heathers and sallows both of which flourish at the reserve. 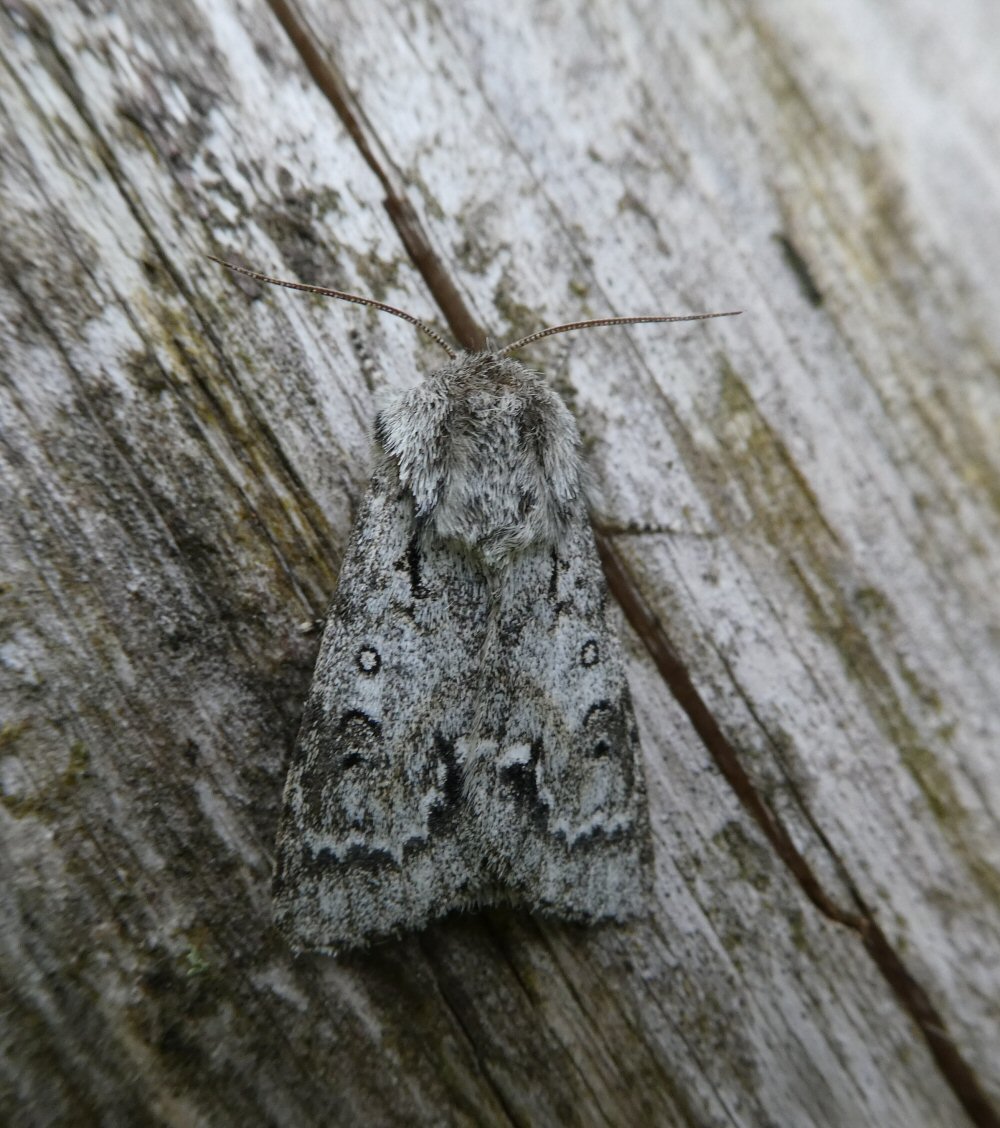 Earlier in the year Common Heath moths were discovered in the heather paddocks too. It was recorded in 2004, 2005 and 2008 and then not seen again until 2018, with increased numbers during 2020 and 2021.  These moths are able to thrive because of the valuable work that the volunteers carry out on the heathland. It is not the easiest of tasks and the work done is appreciated. Charlie observed that the Heather looked better this year than in previous years. 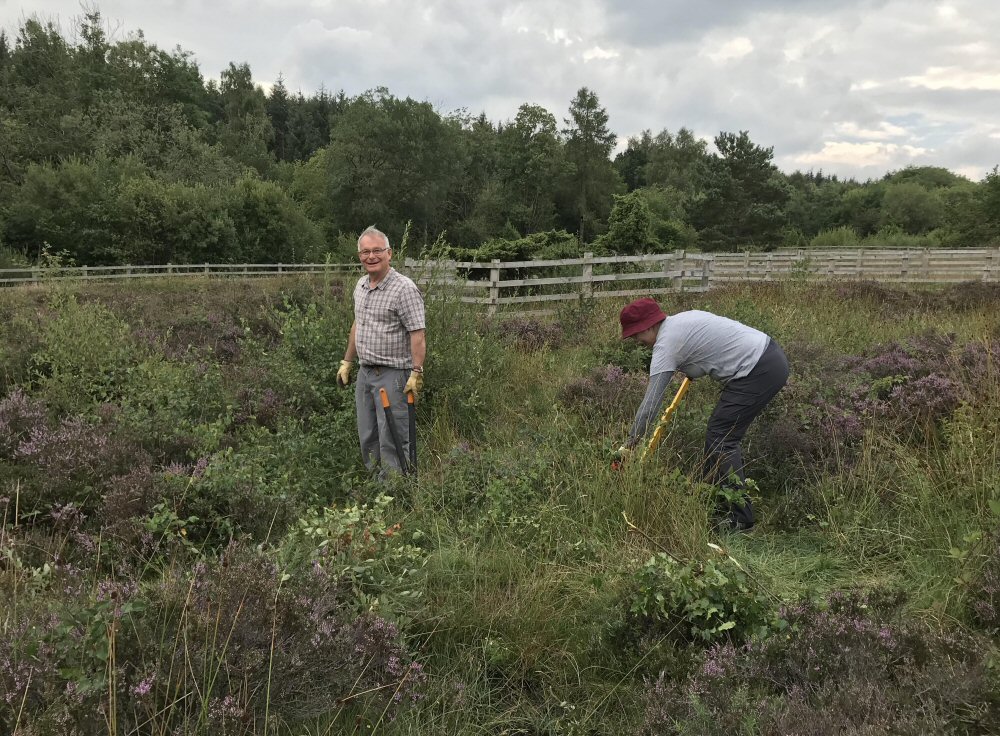 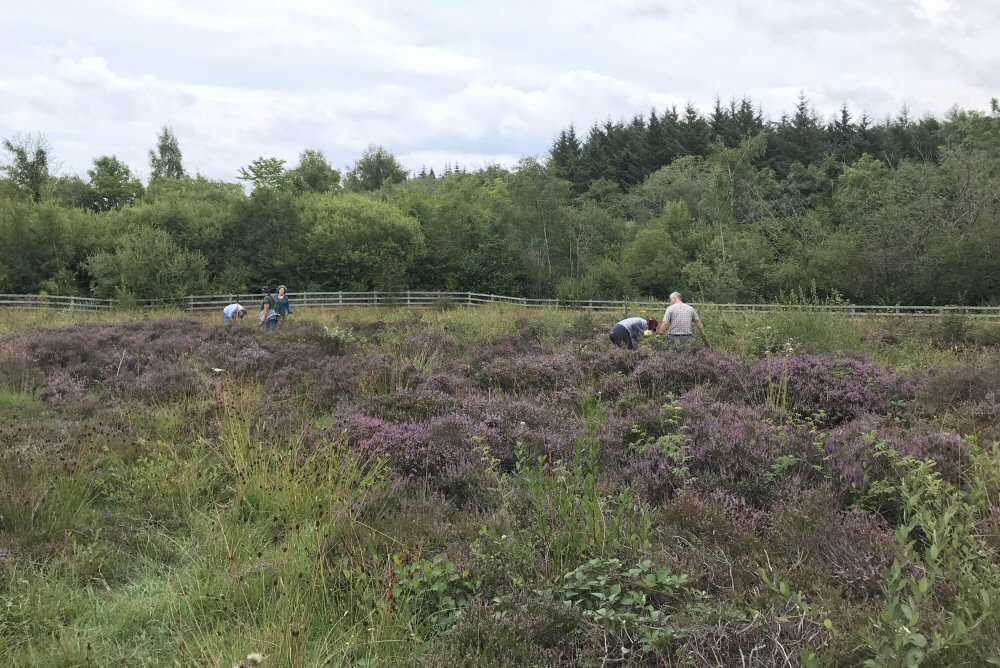 The second new species was White Satin Moth. This moth was not quite as co-operative so only a back view was taken on the log.  I was amazed at it huge antennae! 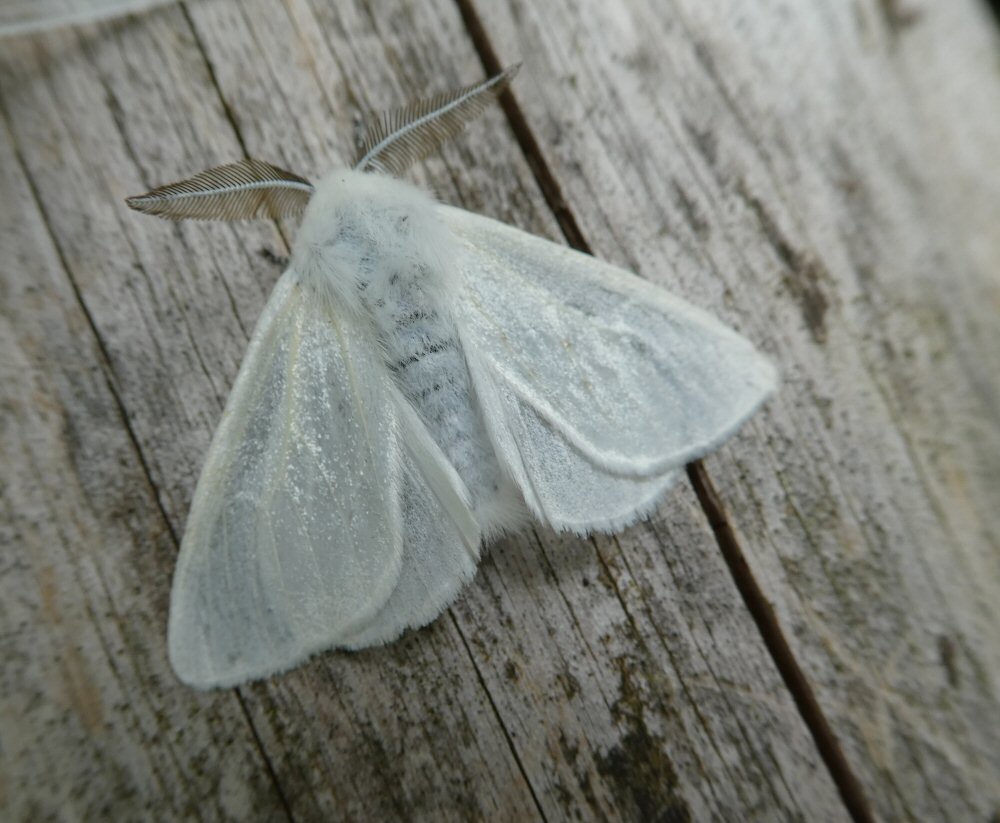 What was more startling was the fact that it has striped legs, which were on view as it left the container.  The larvae feed on aspens and willows. There are plenty of these at Foxglove.  It would be nice to see more of these moths in the traps. 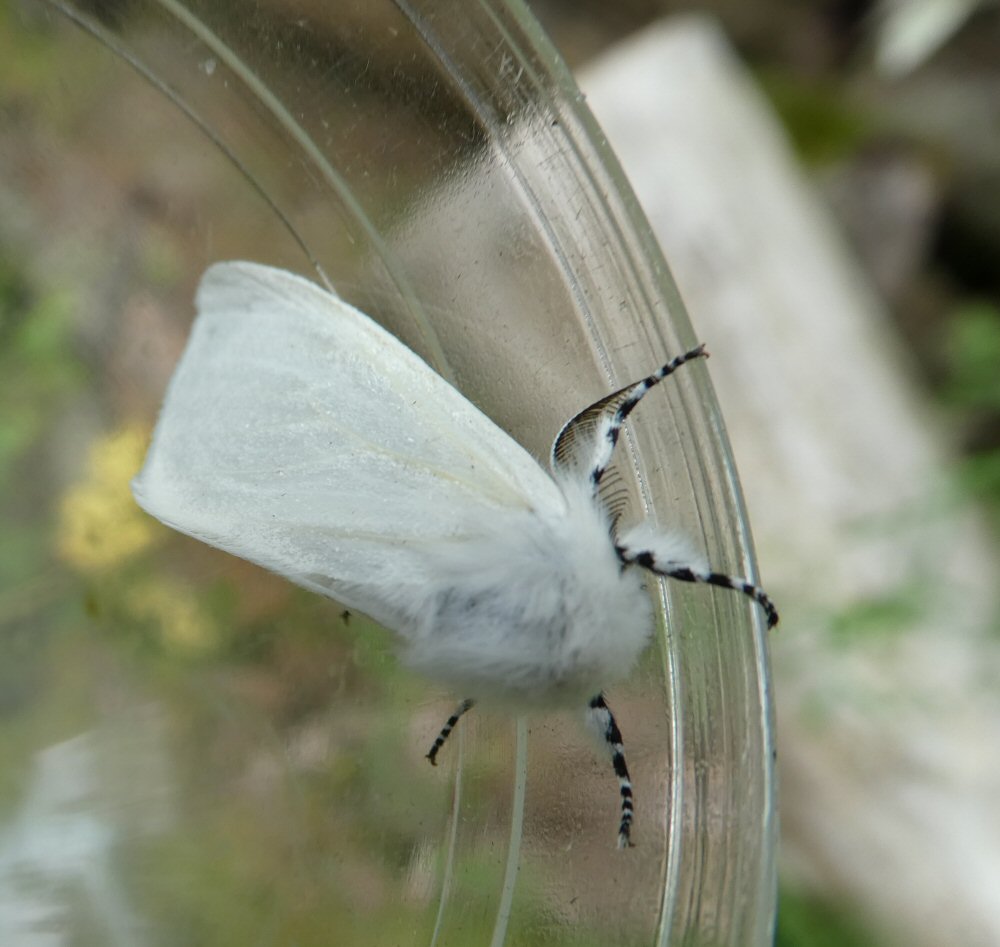 Once the moths had been identified they were released back into the wild from the egg cartons.  These ones were gently encouraged into the vegetation, away from birds! 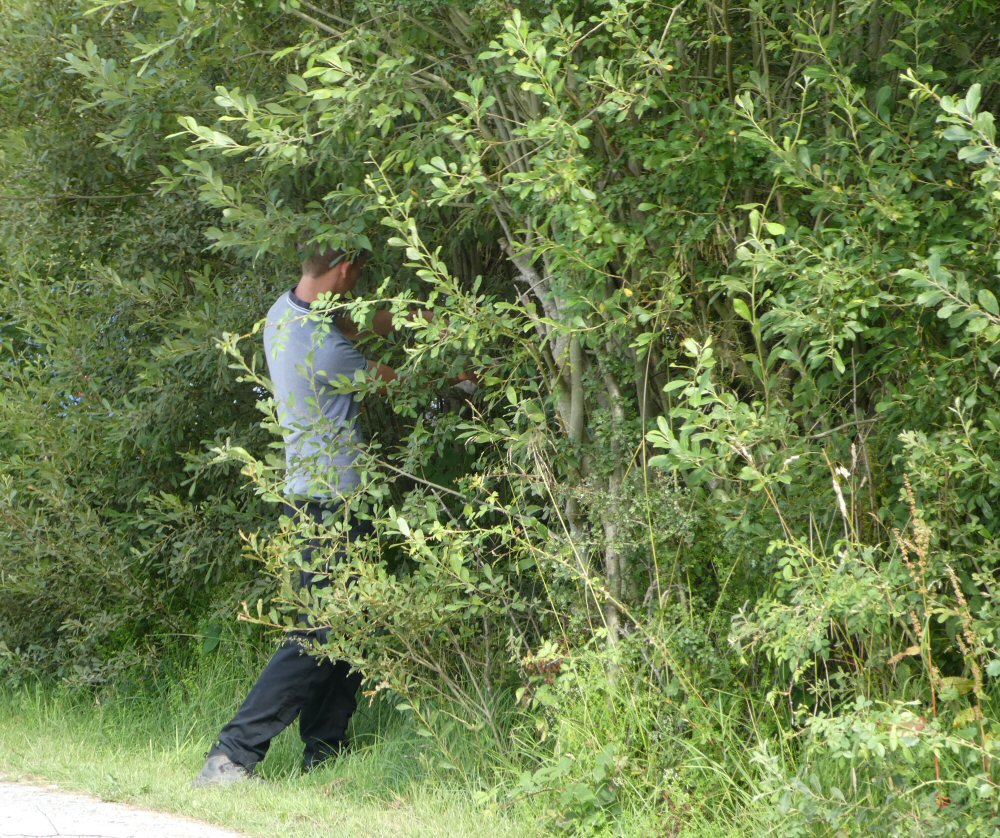 In the catch yesterday was one Drinker Moth, today we caught another two.  The first and only recording of this moth was in July 2013.  Its caterpillars feed on a range of coarse grasses.

Downy and Silver Birch, Hazel and Alder are the food plants for the caterpillar of the Large Emerald Moth, which can not be mistaken for anything else when it is in the trap. 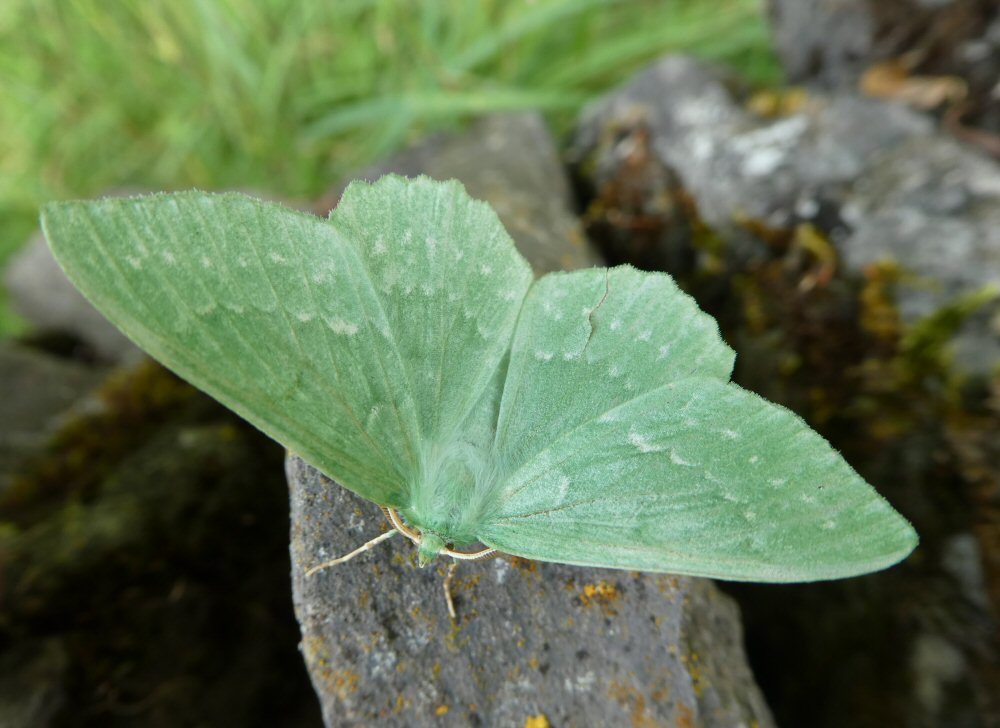 Members of the public enjoyed learning about these incredible nocturnal animals too. A couple of very young visitors had a closer look at some of the big colourful specimens in plastic pots. They were suitably dressed for the occasion! 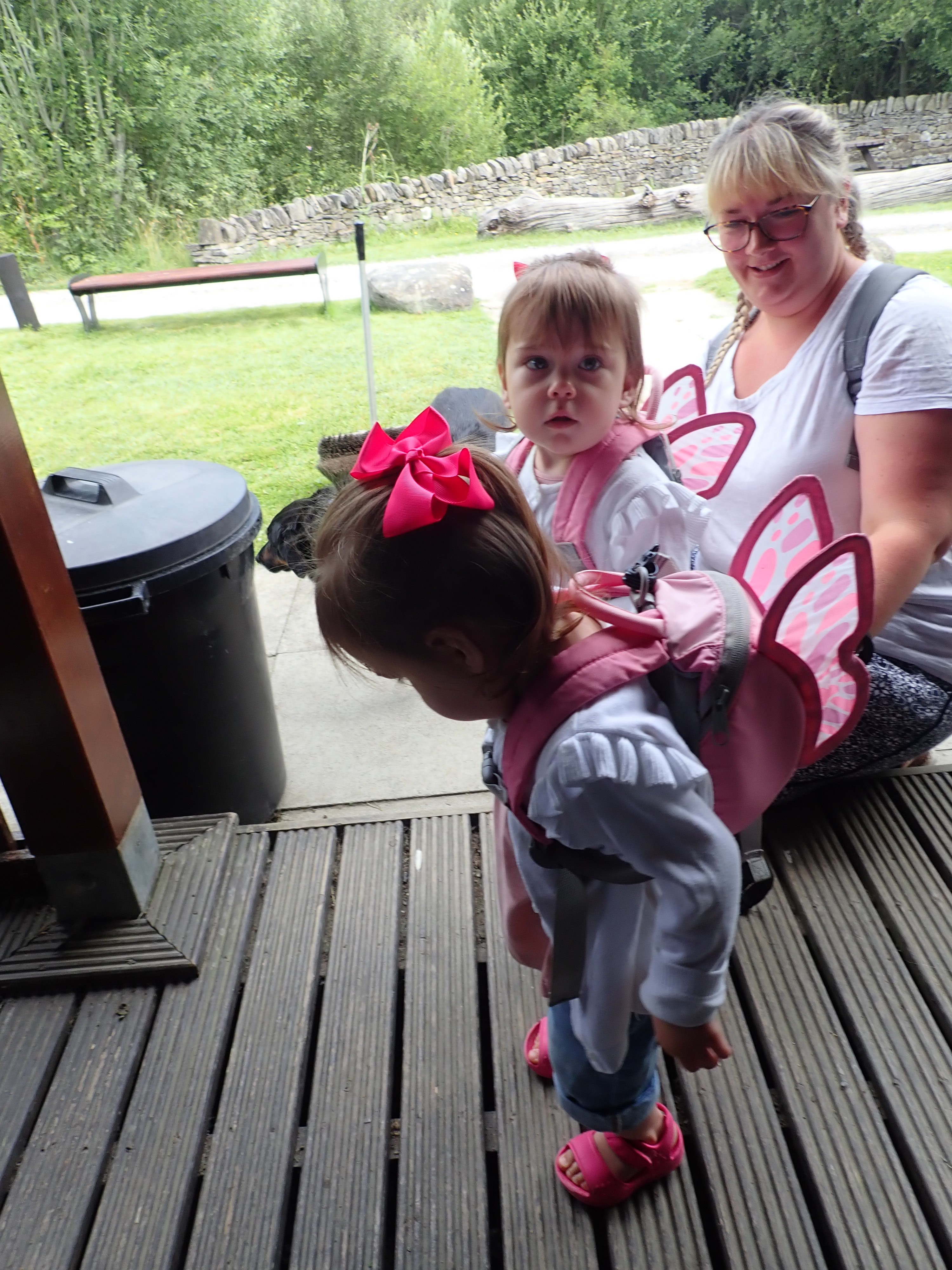 Huge thanks to everyone who helped with the event today, with special thanks to Charlie who ID'd all the moths and Sophie who was up at 5am and joined him to close all the traps and to Ian Tunstill for helping to get the generators up and running! We mustn't forget the volunteers who keep the habitats in pristine condition so allowing all these moths to thrive and be part of the food chain for many other animals.  A brilliant morning!

Come to the reserve half term 23rd - 31st October and enjoy the autumn colours on the red route (Easy Access Trail) and search for the pumpkin clues along the way. Test your knowledge of the creatures associated with Halloween by answering the fun quiz which is available from the visitor centre for only 50p.

Come and find out what the owls at Foxglove Covert have been eating by examining owl pellet contents.

Suggested minimum donation of £3.00 per person. Please donate in advance to secure a place.