At the weekend, some of the bird ringers visited a different site where there are plenty of reed beds. The sunrise over one of the lakes was spectacular; the water was so still that the trees were reflected in it perfectly. 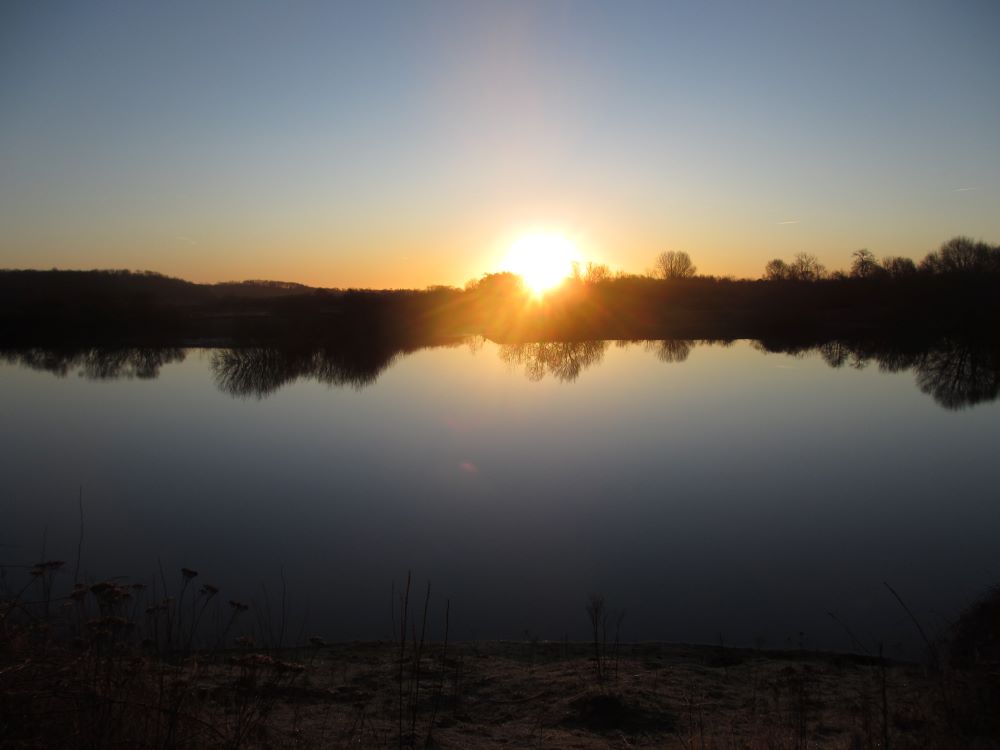 Most of the birds ringed were common garden birds but there were also many Reed Bunting. Here is the summary: 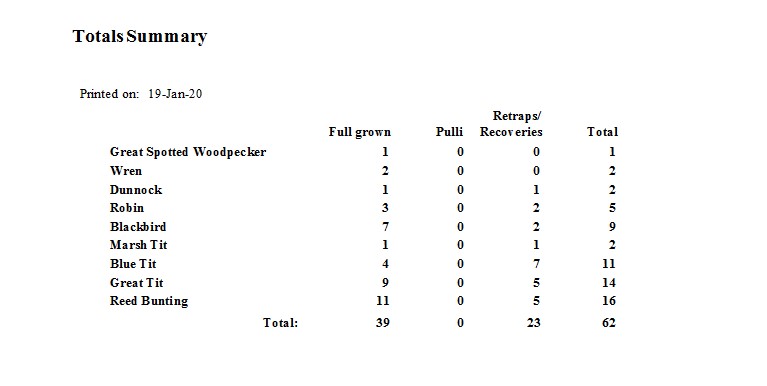 During the morning there was much excitement as the landowner caught a huge Pike. Apparently, these fish can grow up to a metre in length and can live for up to twenty-five years. This one was estimated to be around eight years old. 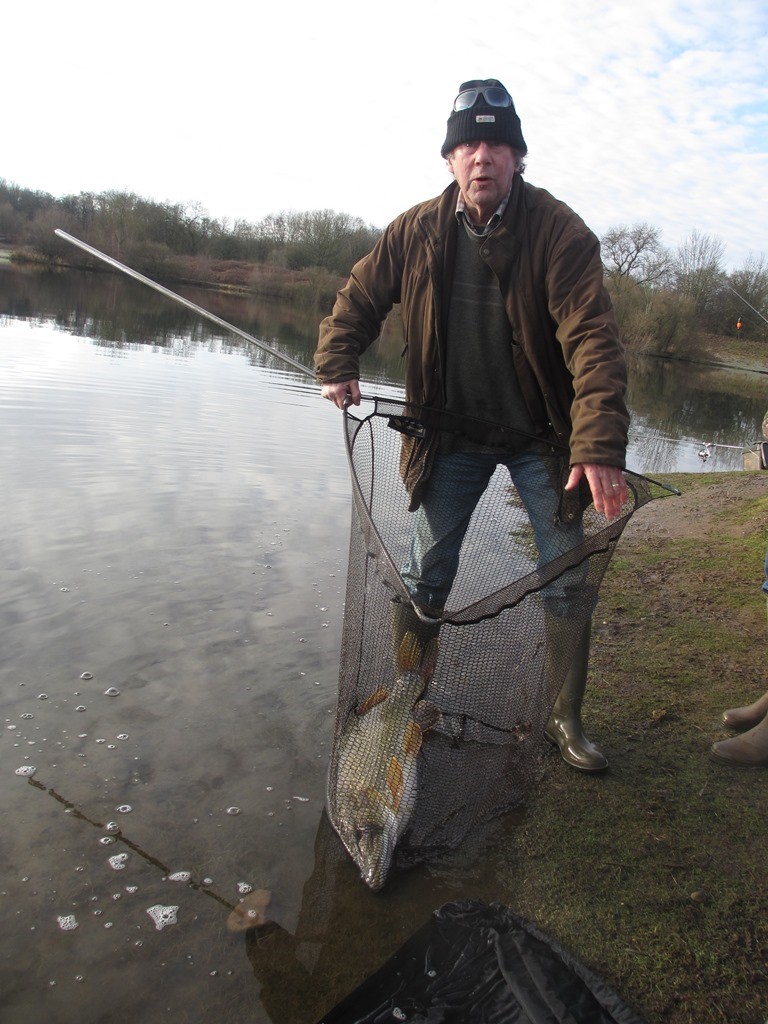 Weighing in at 32lbs, it was quite a sight to see up close! The colours were incredible; blue, green and pink. 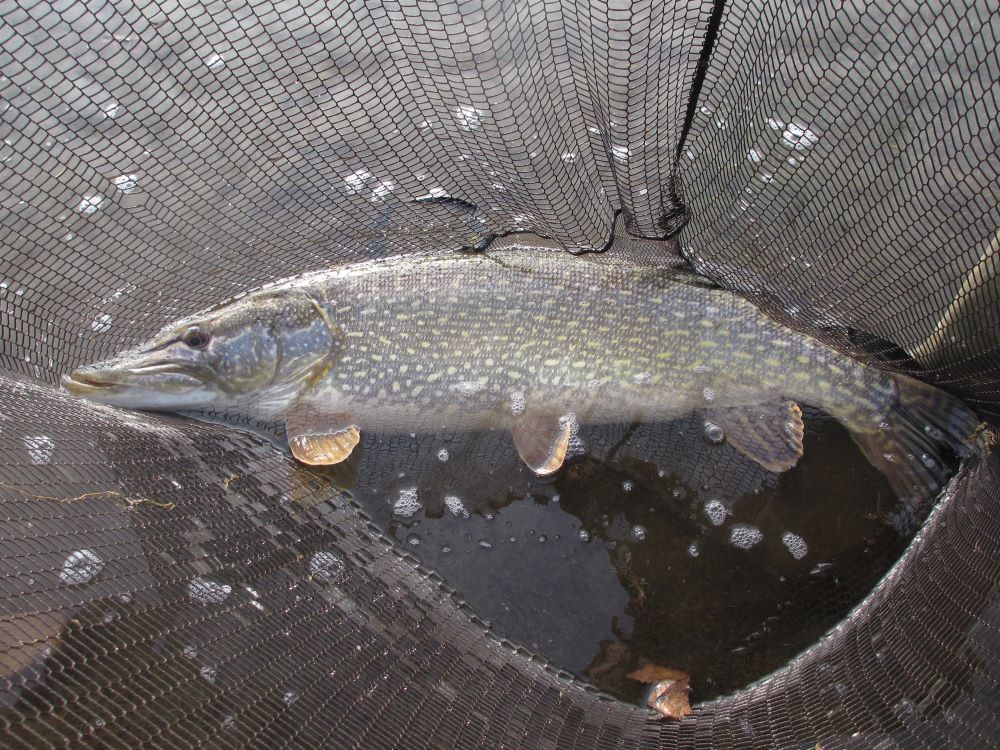 Close up you can see how big and powerful the jaw is. Being excellent predators, they feed on other fish, frogs and small mammals or ducklings. 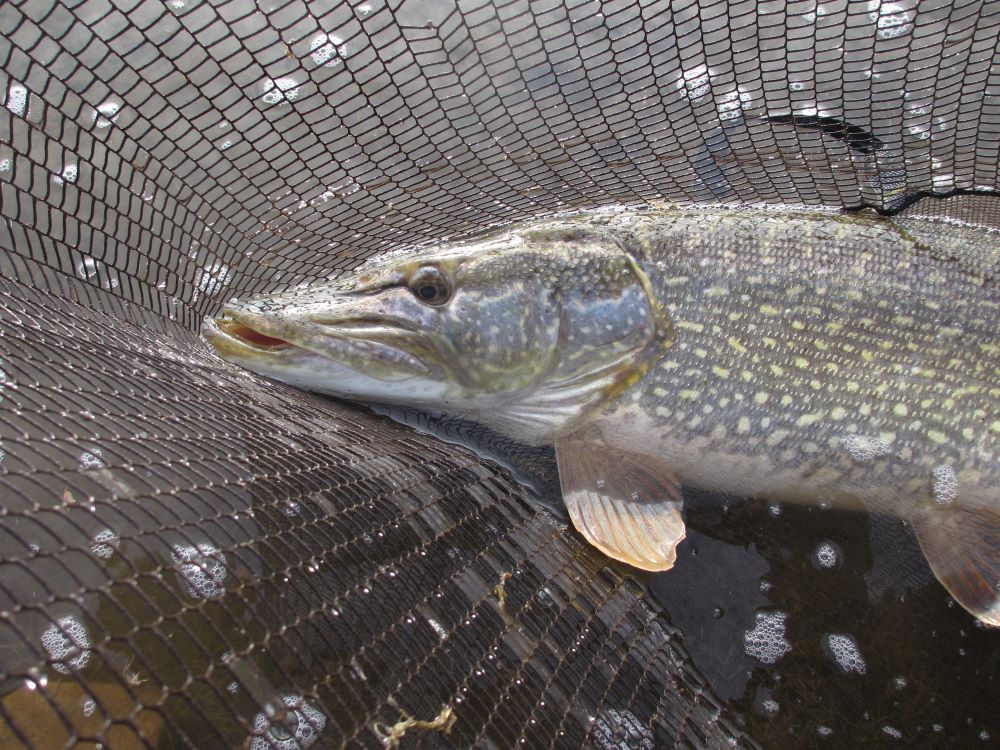 It was carefully measured and weighed. Photographs were taken too because Pike have unique markings that can help identify them as individuals. It was then returned to the cold water.  If it is caught again in the future, it will be possible to see how much weight it has gained.