Although we may not appreciate the rain, the fungi do.  So far this autumn it has been too dry for many of them to begin to develop their fruiting bodies.  Fly Agaric mainly grows in two places.  The first is on the small stretch of land on the middle moor that borders the conifers that grow on the other side of the fence.  This area is grass and meadow flowers but the soil is heavily influenced by the conifers that grow next to it. 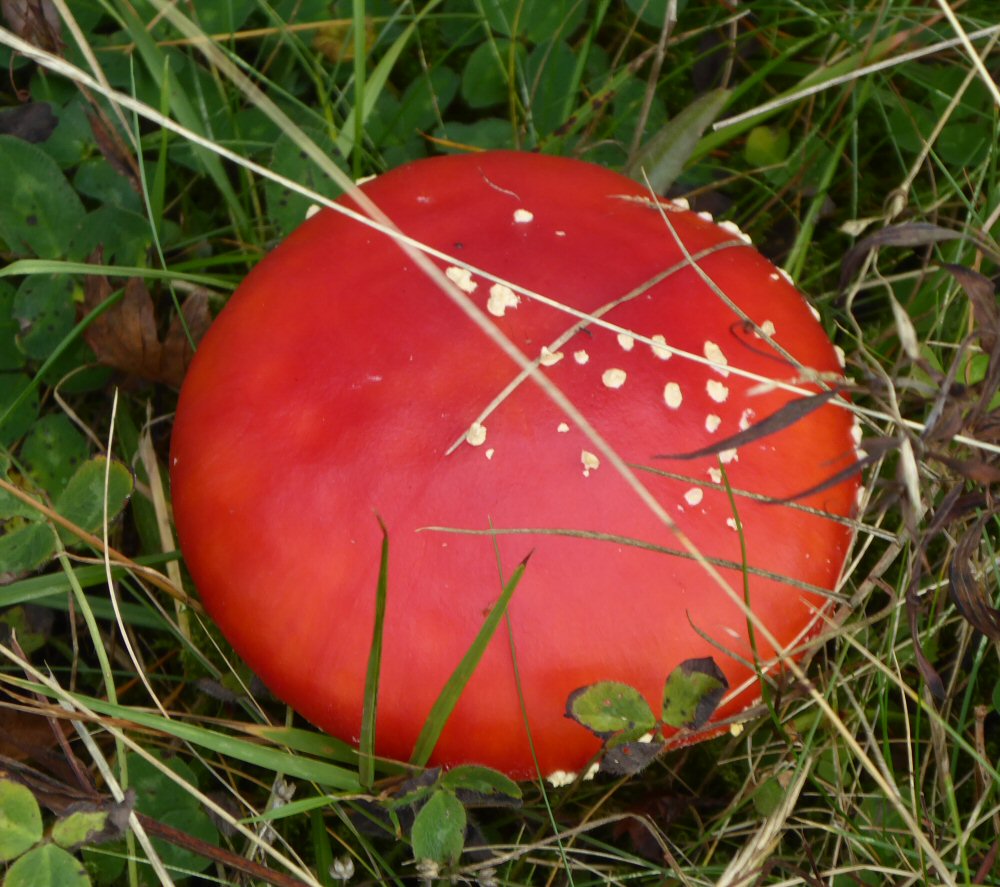 Watch for them to develop in the conifer area on the way to the wetland. The red cap, often spotted with white, looks totally different when just appearing through the surface of the ground. 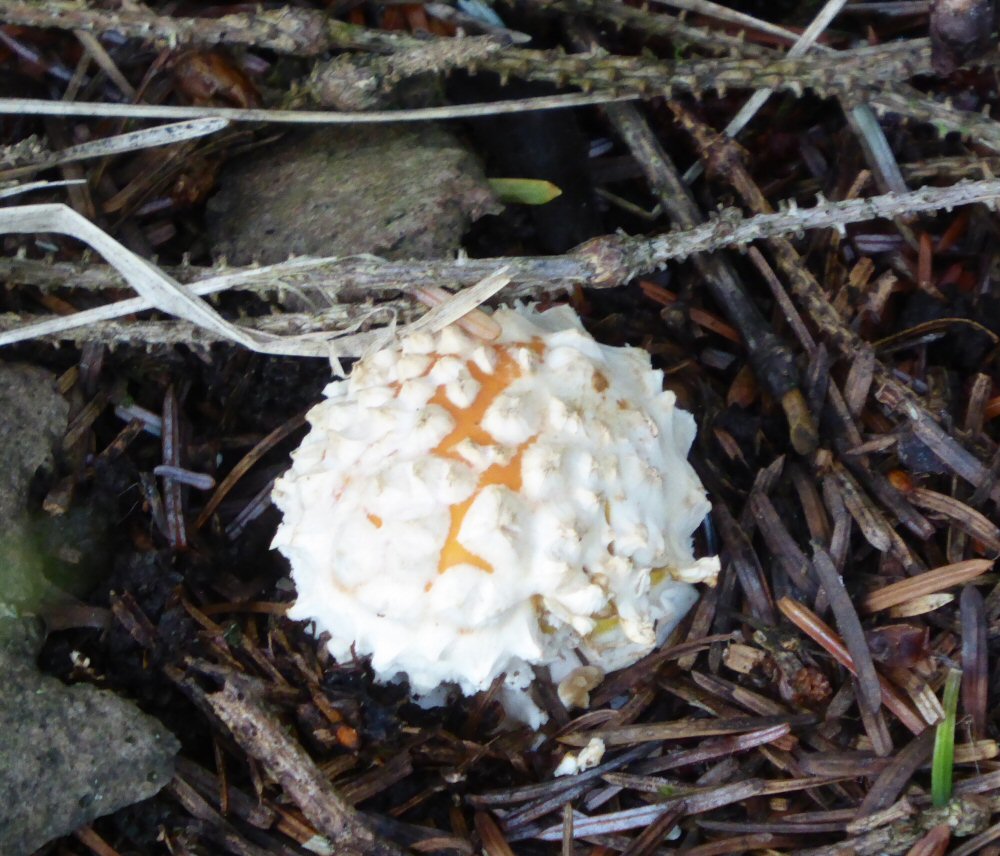 Common Puffballs do not release their spores from gills on the underside but from a small hole on the top.  Quite often a rain drop can release the spores once the fungus is ripe.  These ones are just beginning to develop. 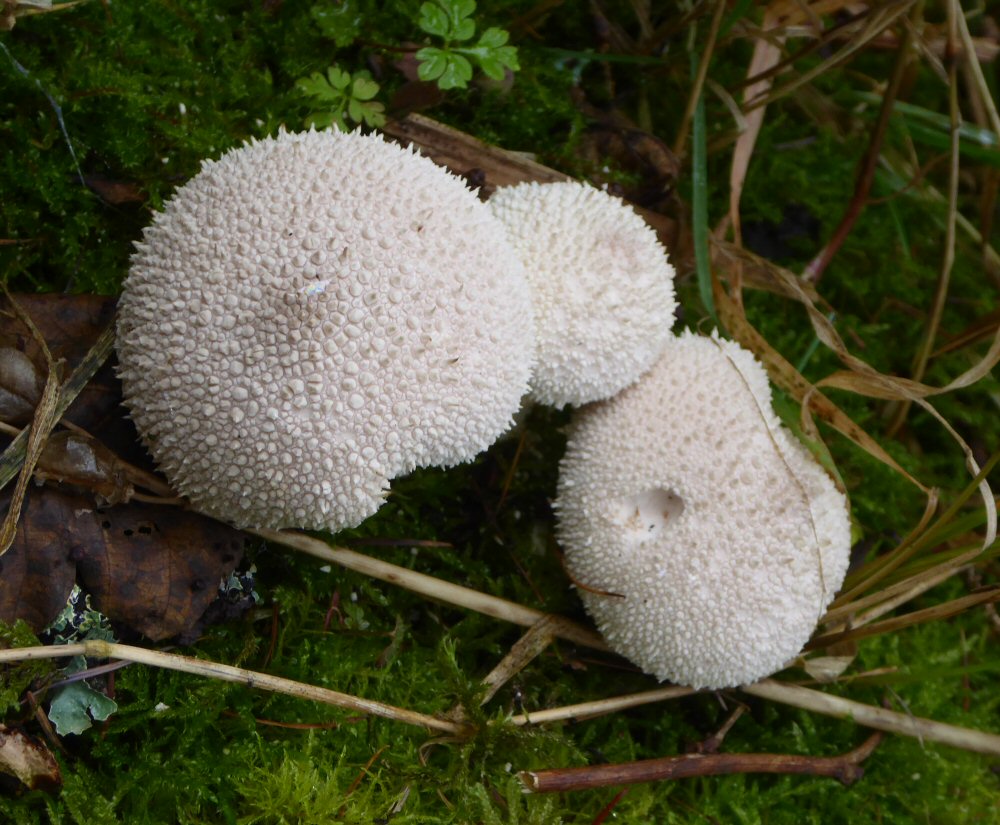 Some fungi are easy to identify.  Dryad's Saddle is one of those.  It also helps that it is growing on the same old Ash trunk as last year. 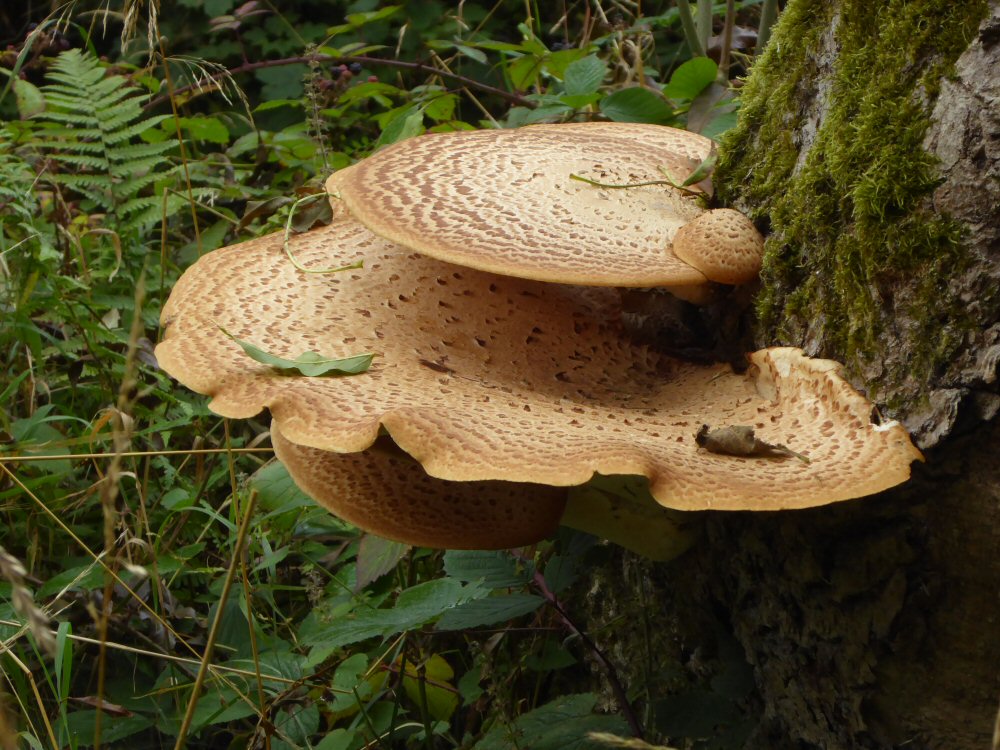 Whilst out recording the flowers in flower, over seventy of them, the fungi were noted too and another twenty were added to the list which for September, now stands at over forty species.  Thank you to our volunteer recorders.

Due to the current situation, the coffee morning has been postponed. The next is planned for October 22nd.

If you would like to donate any cakes or items for the raffle or tombola please take them to the field centre beforehand or to Richmond Town Hall on the day.  No need to book, just turn up!