Although the ground stayed damp for most of the day the rain did not fall here, in fact it was a somewhat balmy with the odd glimmer of sun. This encouraged me out of the field centre to have a look at the reserve at a more leisurely pace than in the week.

My first visit was to the pond dipping platforms where the new Water Vole rafts were situated. They have been very successful, showing plenty of activity; no apple remained on one of platforms, and about a half left on the other, plenty of fresh droppings peppered the rafts plus reeds cut at the characteristic 45 degrees. I impaled a new apple on the empty nail and continued on my rounds.

The  board walks were literally crawling with these Wolf Spiders who carry their egg case around attached to their spinnerets. These spiders do not make a web, hunting the prey by chasing them down. 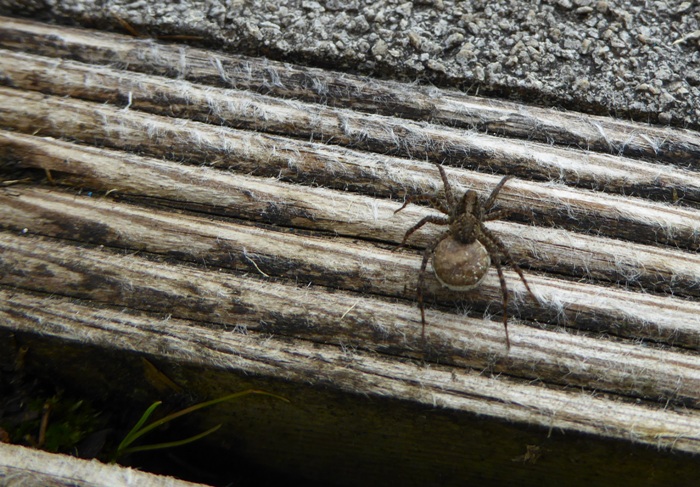 The warm damp weather brought out a lot of bugs, such as this Long Horn Beetle (Rhagium bifasciatum)

What was out on the Scrapes and Wetland areas were the Azure Damselflies, this one below gripping the female with his claspers

Returning via the Pond Dipping Platforms I was privileged to see this Water Vole,

It was so absorbed with consuming the apple that I was able to get close enough to take these photos.

Before it slipped away, no doubt to return to finish its meal in peace. I think this will be the first of many photos of Water Voles on these rafts in the future, and a steady supply of apples!

A downloadable fact sheet from the Mammal Society is available here-

Wonderful photos of the Water Vole.