Bats, Chickens and a lot of Hard Work

What a busy day it has been at Foxglove!  Firstly the timber for the felled plantation was again being extracted from site.

All 53 bat boxes are checked once a year for evidence of usage by bats as summer roosts.  Tom and Brian finished checking the boxes and found a total of 7 bats in residence.  This lucky box housed four pipistrelle bats and they found single bats in three other boxes. In addition there was evidence of usage of other boxes as either birds and bat roosts. The total number of bats seen was a record for the Adopt-A-Box Scheme. 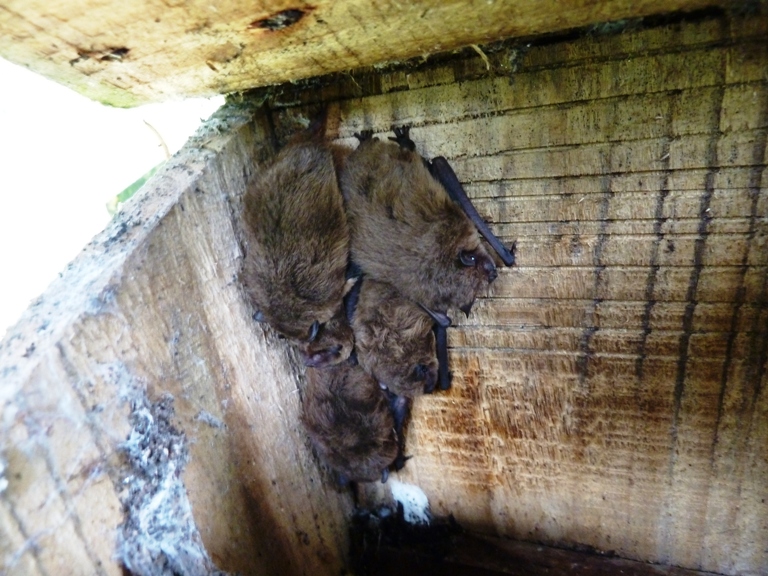 Otter spraint are becoming more commonly spotted along Risedale Beck, Ken installed his motion camera here in hope of getting some photos of them.  It will be looked at next Tuesday; make sure you check the blog then to see if it was successful! 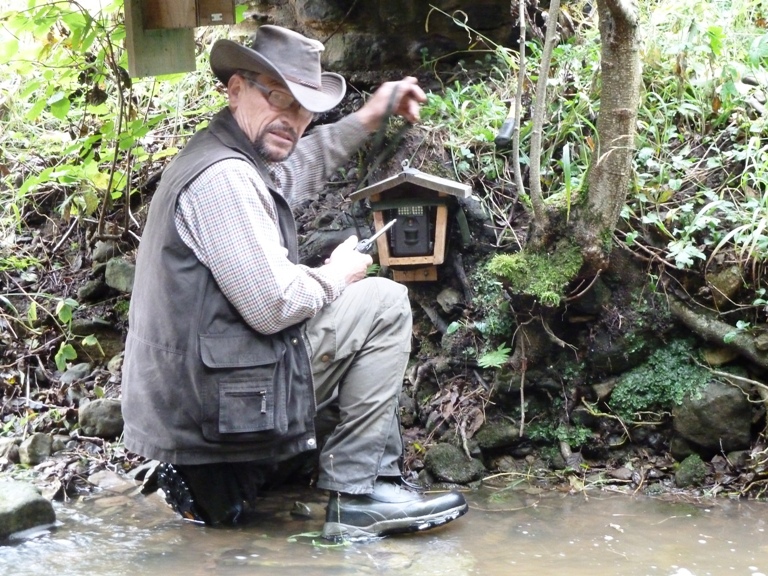 Volunteers have again been hard at work clearing young Silver Birch from the side of the lake to make a grassy bank that will be a good viewing point for wading birds!  The scrub in front of the lake hide was also cleared greatly improving views of the lake. 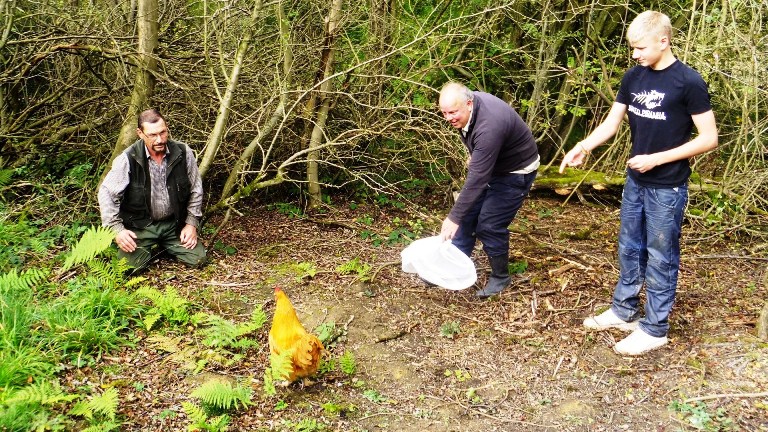 The reserve has been home to a cockerel from the Officers' Mess for the last six weeks.  Foggy, Compo and Clegg were keen this morning to take it back to its proper home, however they were outwitted by the chicken and had to give up on their rescue attempt!

After lunch other volunteers decided to try their luck, and tempted it out of the undergrowth using Sophie's delicious banana muffins!  The muffins went down well and soon Jack and Richard had him netted!  He is now happily relocated back with the chickens at the Officers' Mess! 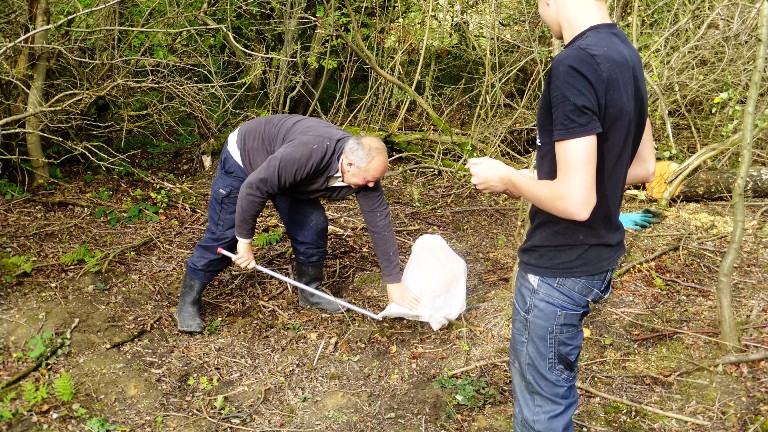