Some of the Swaledale bird ringers have recently had the opportunity to ring Black-headed Gull chicks in a colony on the moors in the Yorkshire Dales.  These birds are not a 'seagull' and are found commonly almost anywhere inland. The birds in this particular location have had a successful breeding season so far and had chicks of various different ages. 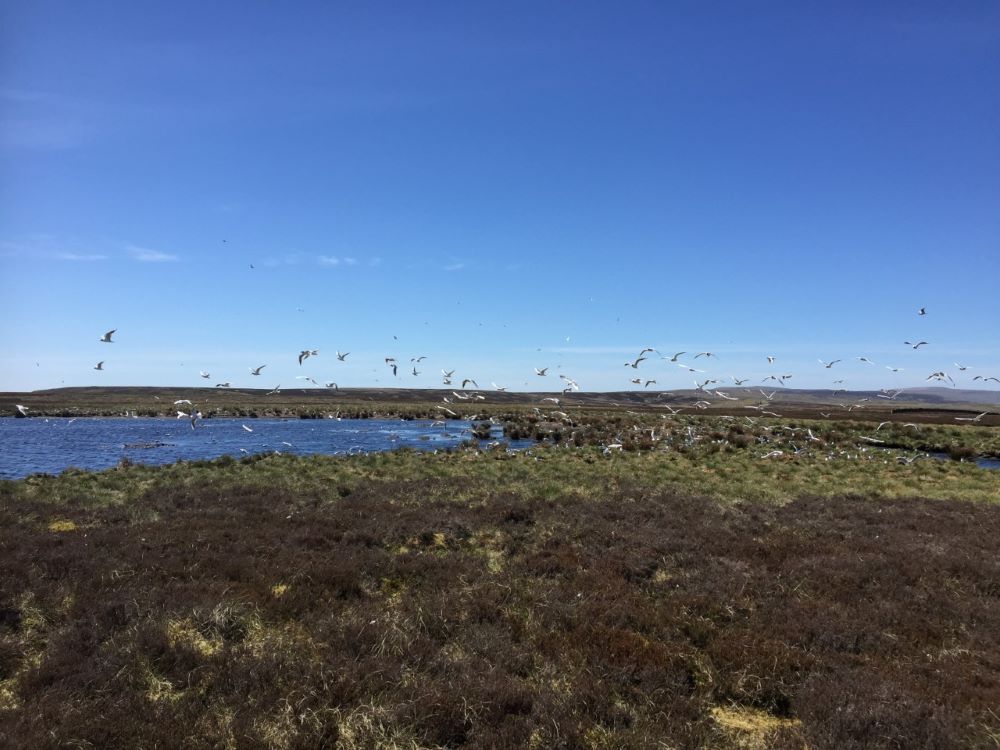 According to the BTO, up until the 1940s, commercial exploitation of Black-headed Gull breeding colonies saw the collection of eggs and the taking of birds for meat. This was a large industry, as can be seen by the trade of nearly 300,000 eggs per year at Leadenhall Market in London during the 1930s! As shown in the photographs here, the eggs can vary in colour from blue/green to brown. 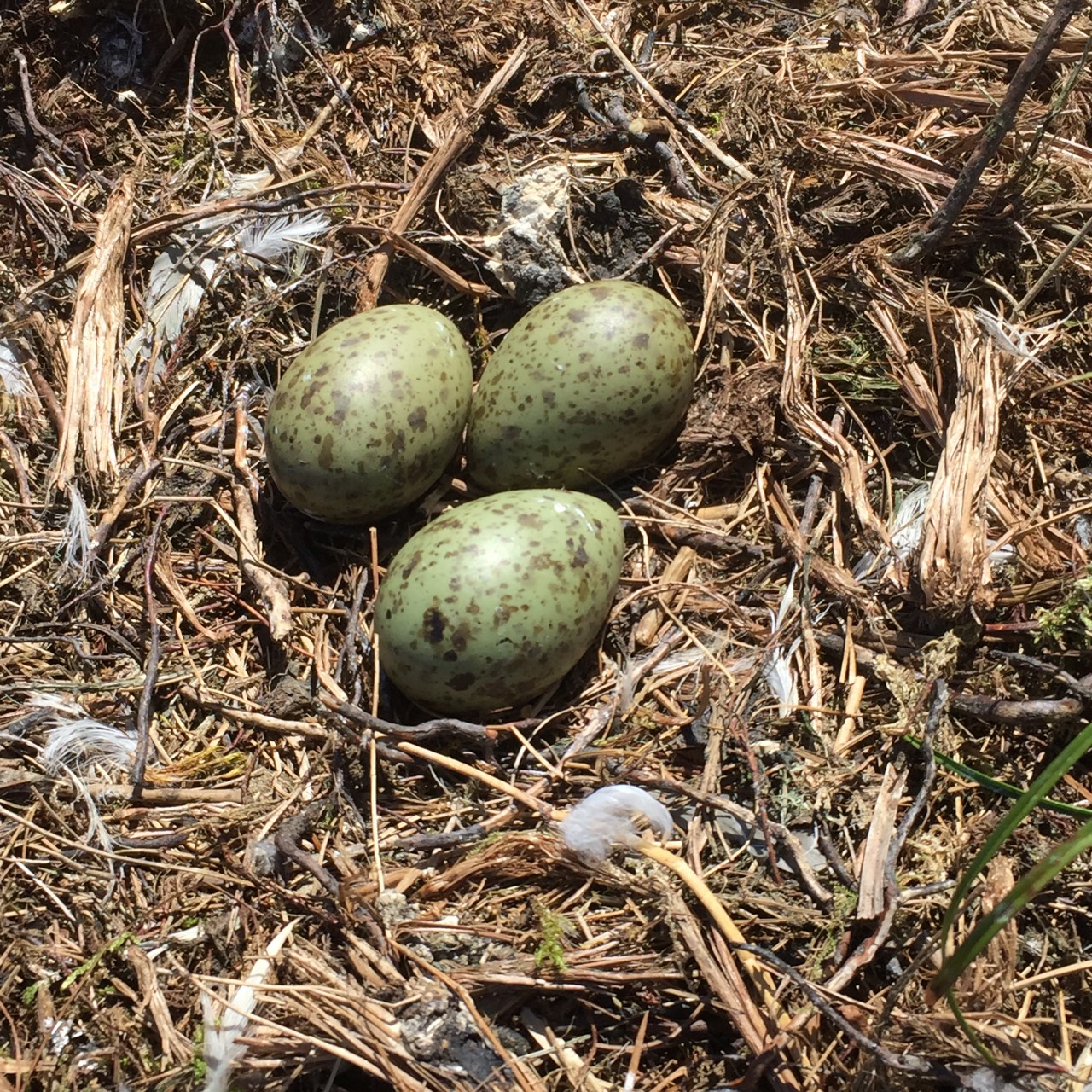 Bird Atlas 2007-11 data reveal the loss of breeding sites in the north and west of the UK since the 1968-72 Breeding Atlas but with gains in the south of England over the same period, a pattern seen in a number of other colonial waterbird species. It is not clear what is behind these changes, but changes in habitat quality and levels of predation may be involved. The species has been amber listed because of the recent decline in the size of the non-breeding population and the importance of Britain and Ireland during the winter months.

The nest itself is made from dry grasses and other vegetation, the amount of material used ranging from very little on dry sites to a substantial pile on wet sites, it is thought that the higher pile is to protect the nest contents from changing water levels. 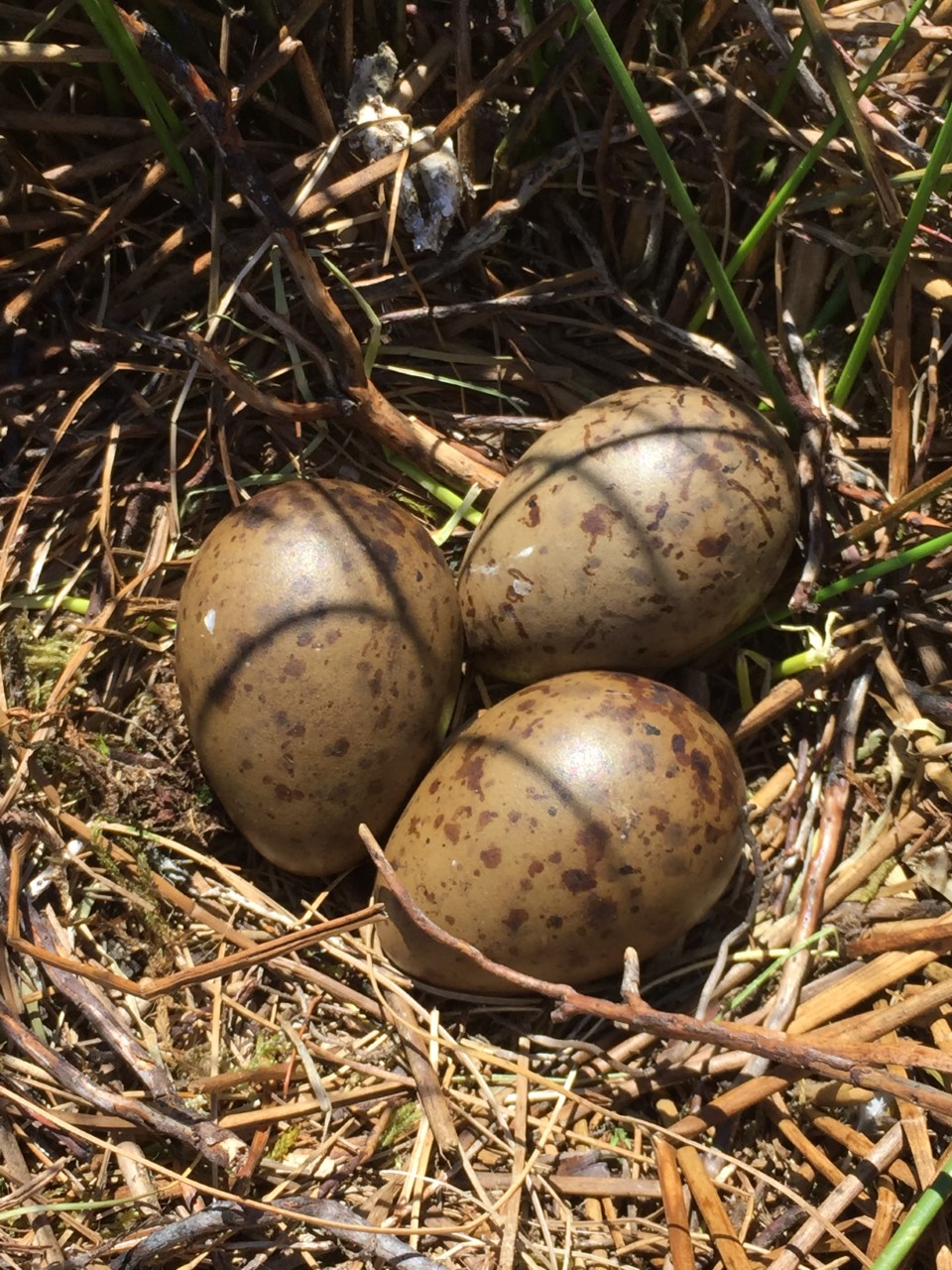 The young chicks are pale brown with black markings and are well camouflaged in the rushes. Here you can see a chick hatching out alongside one that is only a day old.

In total, one hundred and seventy two young birds were ringed by the Foxglove ringers and a second visit is planned as many were too small to have a metal ring fitted. 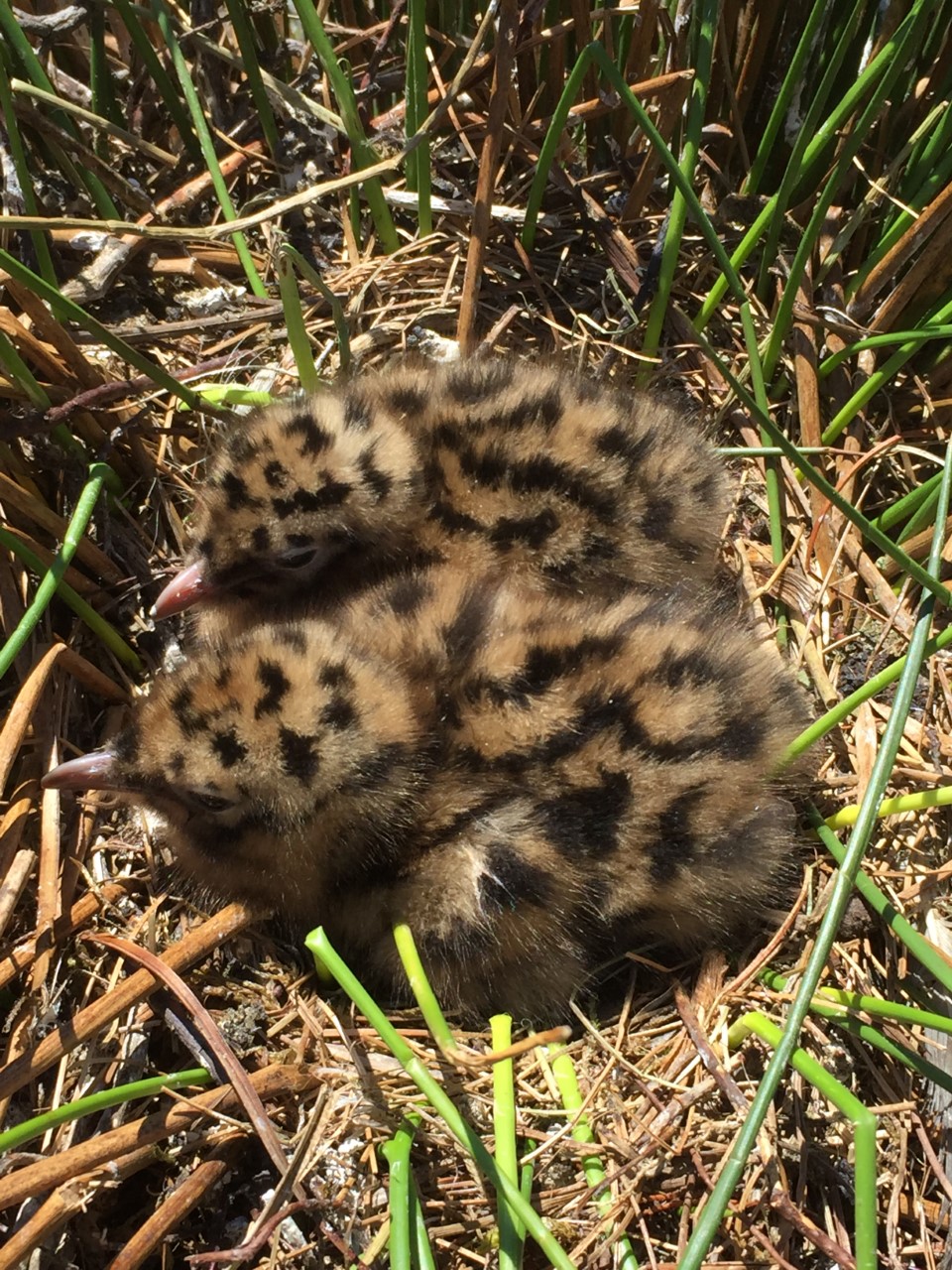 Ringing this species is important as it can help us to understand their migration.  The Black-headed Gull has been widely ringed in Europe and large numbers of recoveries are available from several countries, among them Britain, the Netherlands, Finland, Denmark, Sweden and Belgium. Many of the Black-headed Gulls ringed by the Foxglove team have been recovered in Ireland over the years.