Tuesday volunteers have been busy carrying out a variety of tasks.  Peter, Ian and Bob continued work on the Cascading Ponds.  It was very hard work in the summer sun. 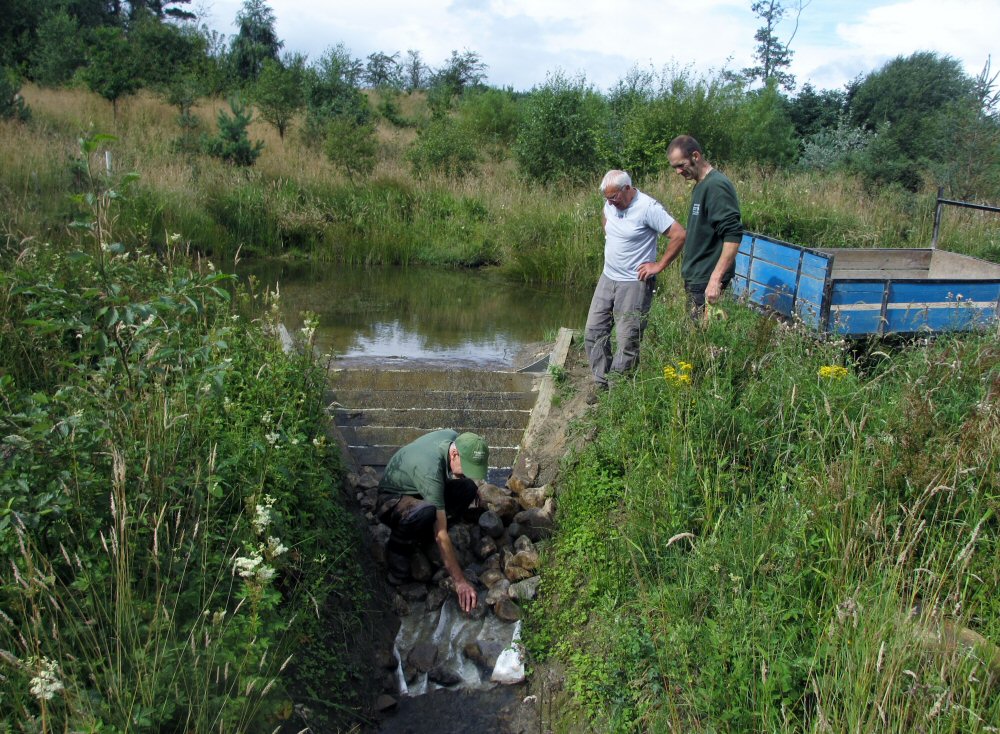 The blog has mentioned that the volunteers have been pulling thistles and cutting back overhanging branches.  Warmth and rain are encouraging growth all over the reserve.  Much of the brash has been taken to the bullet catcher where Brian used his fire lighting skill to produce a controlled fire. 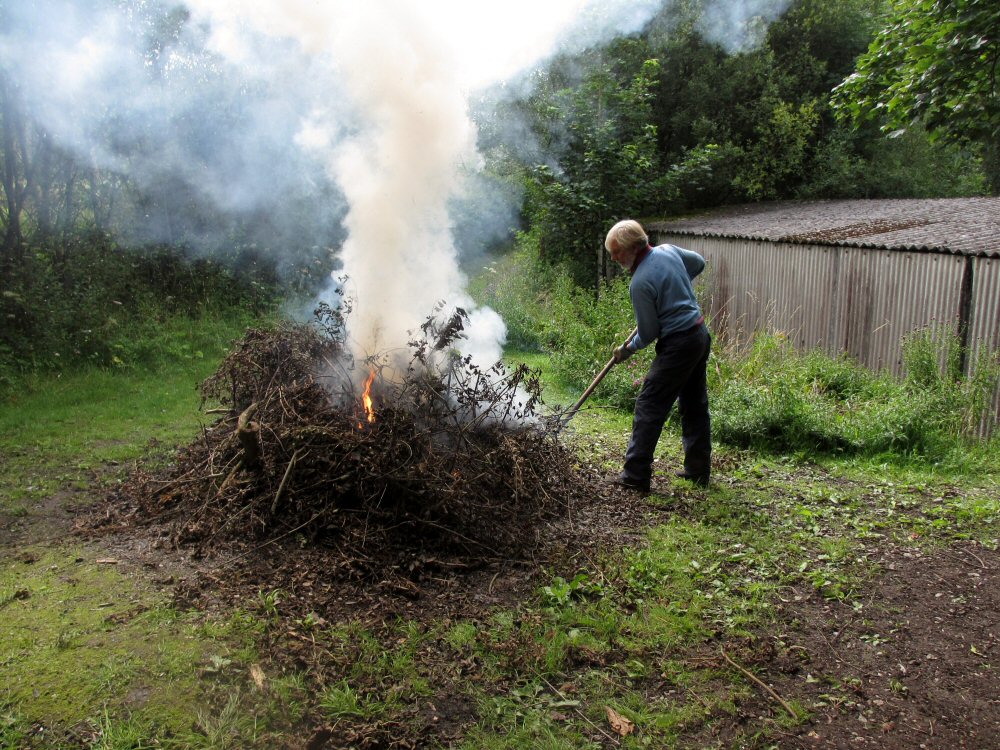 Bob set too, to repair a small piece of the boardwalk. 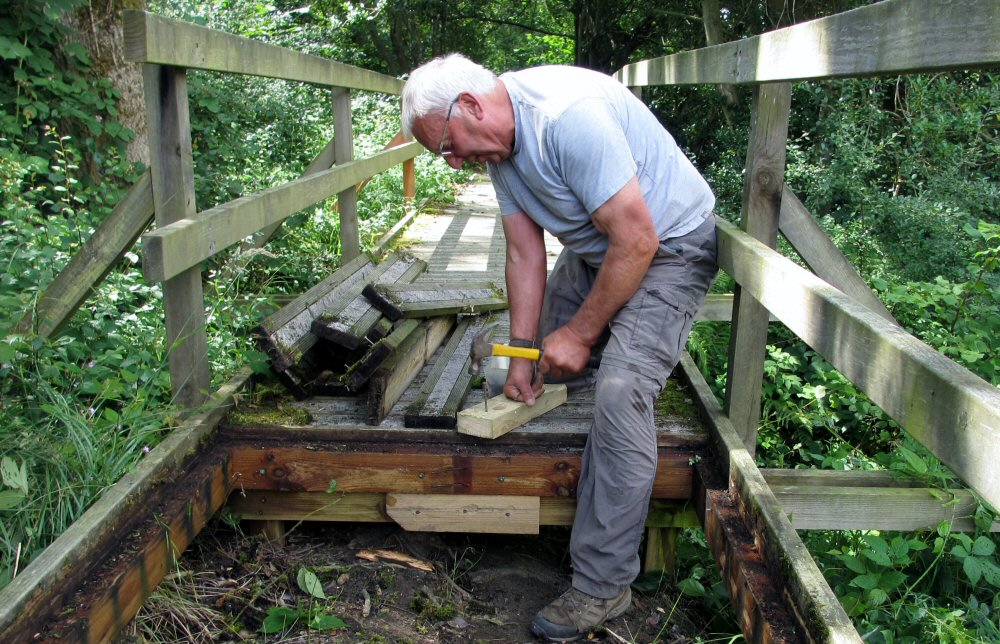 Emma and Sophie gave the bus shelter some tlc, 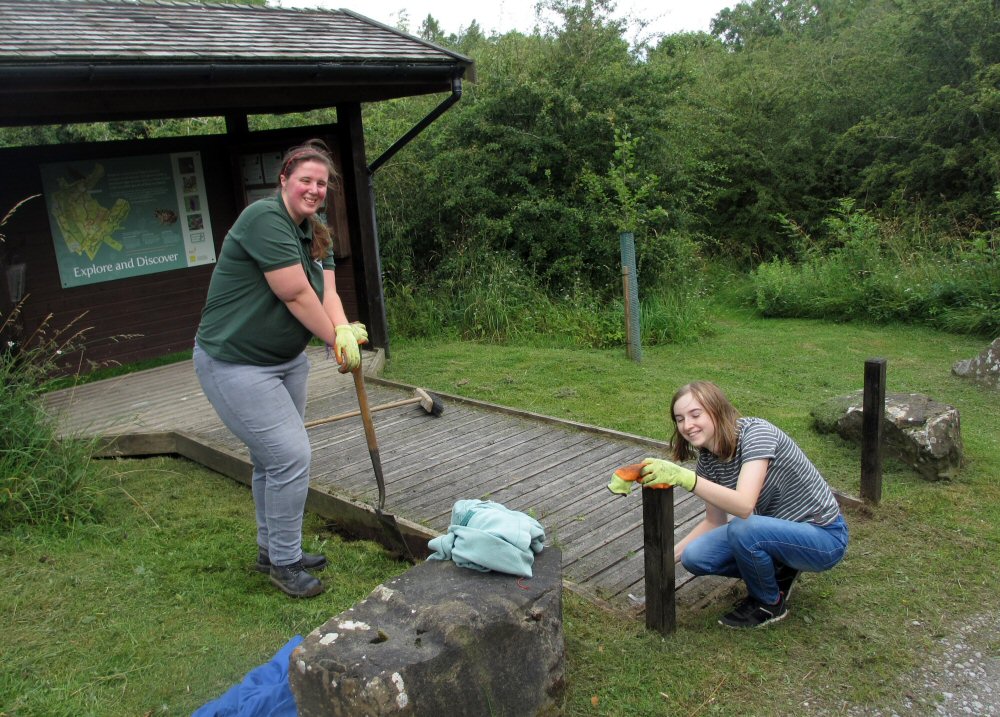 while Richard attacked Brambles and overhanging branches around the Stone Pile car park. 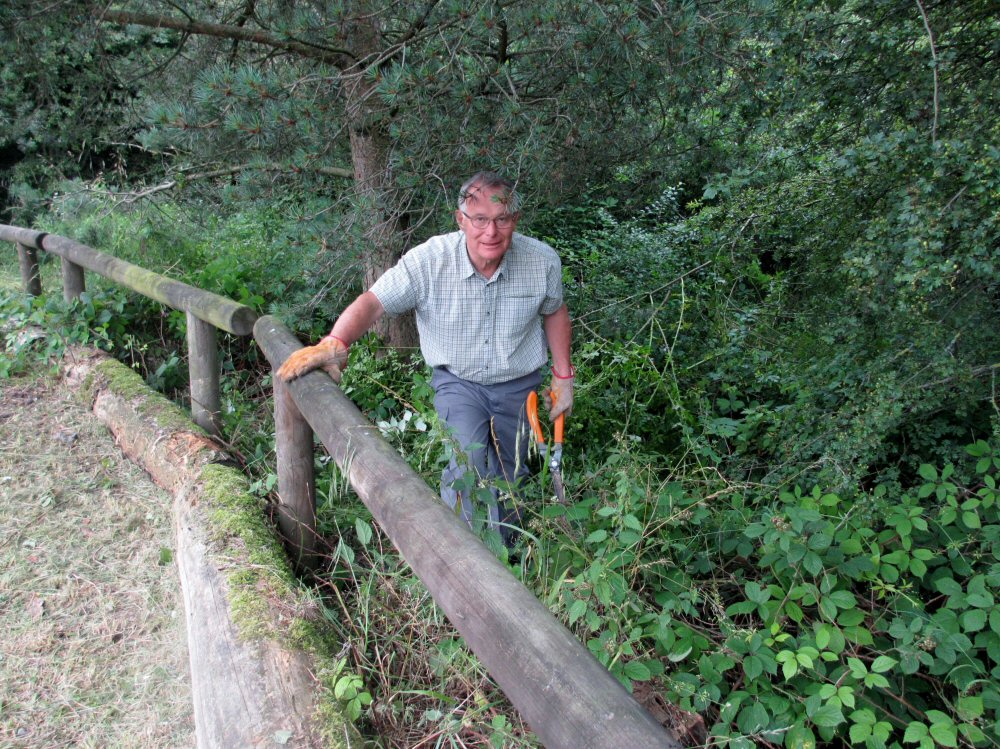 Decorating the door hangers in the Activity Room has been very popular with the children, so Ian needed to cut more. 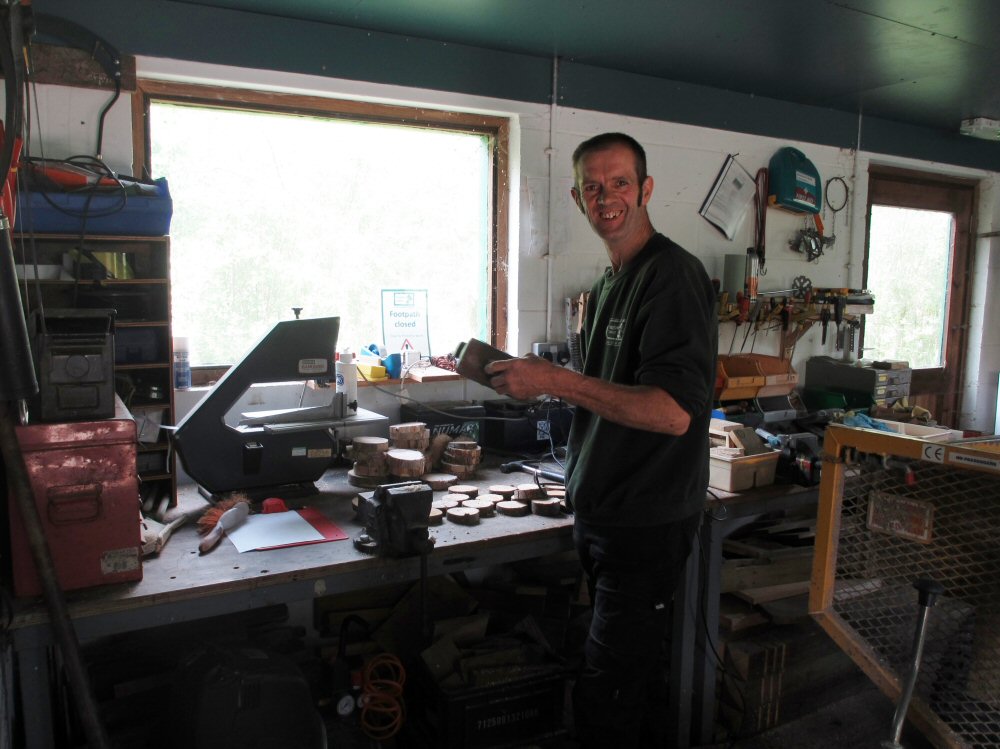 Catherine carried out the butterfly survey today and numbers were a little lower than she expected, but it was windy and the butterflies prefer calmer conditions.  After huge counts of Ringlet butterflies their numbers were reduced as they have come to the end of their flight season and only one was seen today.  Peacocks are still flying and 26 were recorded.  Painted Ladies topped the list with 32.  In total ten species were recorded and 90 butterflies in total.

Many thanks to all the volunteers who worked really hard to carry out and complete so many different tasks around the reserve.