There were more surprises in store over the weekend when the bird ringers were carrying out the 7th CES visit. The Constant Effort Sites (CES) scheme is the first national standardised ringing programme within the BTO Ringing Scheme and has been running since 1983 and at Foxglove since 1992.  Ringers operate the same nets in the same locations over the same time period at regular intervals through the breeding season at over 140 sites throughout Britain and Ireland. The Scheme provides valuable trend information on abundance of adults and juveniles, productivity and also adult survival rates for 24 species of common songbird. However, it wasn't just songbirds that were encountered on Saturday. In a net close to the Field Centre a young Common Crossbill was caught. The crossbill’s distinctive feature is its thick, powerful beak that crosses at the tips. Males have a bright red head, while females are a yellowish-green with hints of grey. Males have bright red plumage, whereas females are a yellowish-green. Common crossbills are heavy-set birds, weighing roughly twice as much as a robin. 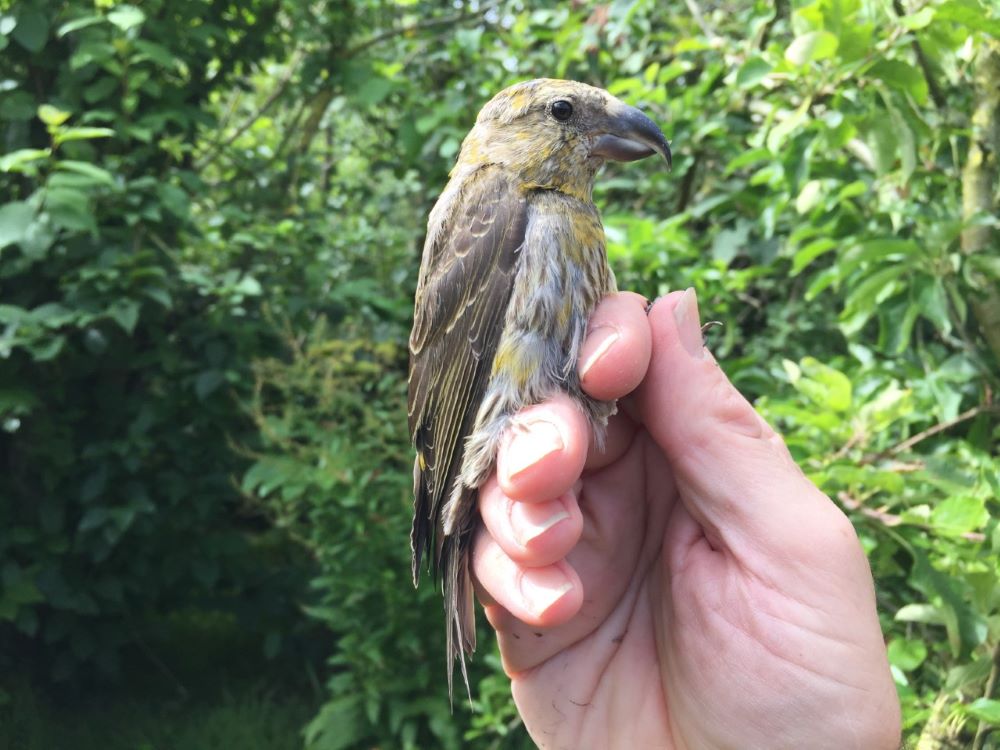 As the final net was being taken down at the end of the day, some of the ringers realised they were being watched by a Tawny Owl fledgling. It was resting in a nearby conifer and seemed very peaceful! 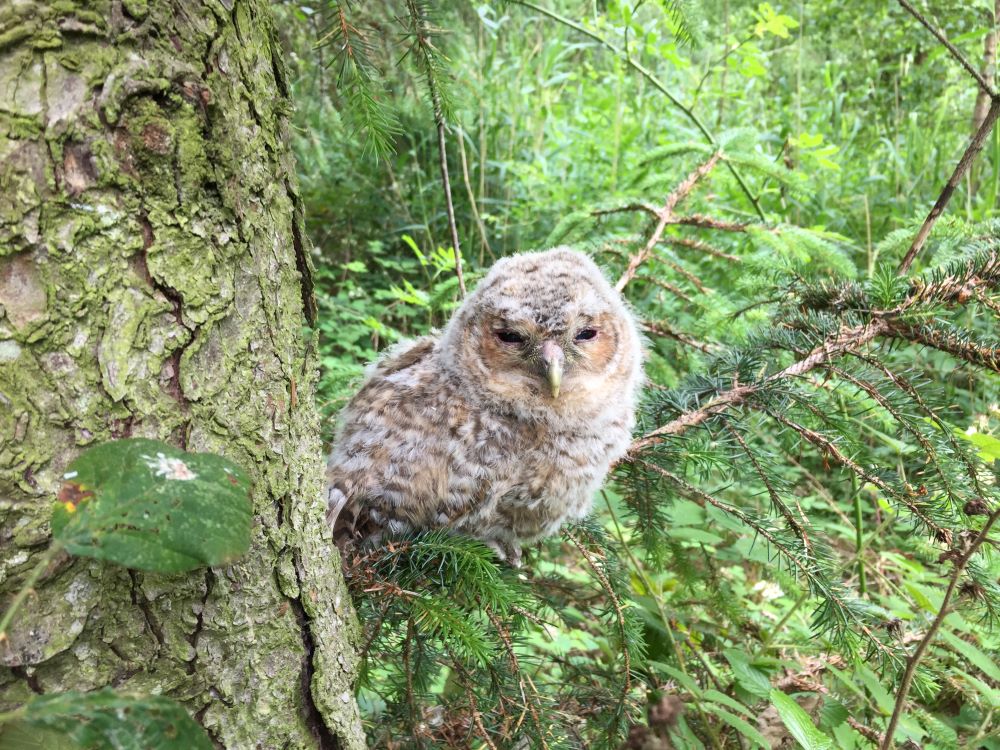 This is another unusual discovery as it is very late in the season to find such a young owlet. It was only around 3 weeks old and not long out of the nest. It was quickly  ringed before being carefully returned to the same branch where it continued its afternoon nap! The female Tawny Owl broods her young for up to a fortnight after hatching, the male continuing to deliver food to the nest, and it is only after this stage that the female leaves the nest to hunt herself. Most prey is delivered at night, though some daylight deliveries have been noted, and the female may often spend the daylight hours in the nest with the chicks. Young Tawny Owls usually leave the nest ahead of fledging, moving to nearby branches at c.25-30 days of age, where they continue to receive food from their parents. 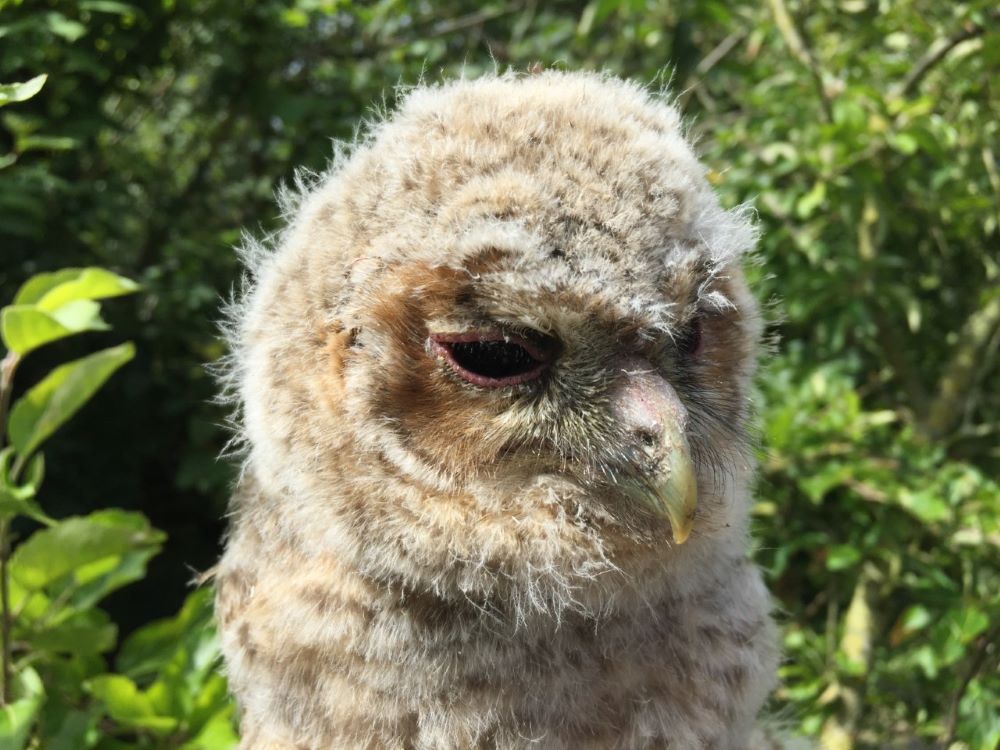 Here are the totals from the 10 and a half hour session on Saturday:

Come to the reserve over half term and enjoy the autumn colours on the red route (Easy Access Trail) and search for the pumpkin clues along the way. Test your knowledge of the creatures associated with Halloween by answering the fun quiz which is available from the visitor centre for only 50p.