Although the guided walk planned for yesterday was cancelled due to the current situation, Keith Gittens (Chairperson of the Yorkshire Dragonfly Group) was able to carry out a dragonfly survey with a couple of volunteers. The conditions were a bit breezier than desired however, they found eleven species of dragonfly and damselfly.

Broad-bodied Chasers have become more common at the reserve in recent years and are often seen at Plovers Pool.  It is a very broad, wide dragonfly. The male has a blue abdomen with yellow spots on the side (shown here) whereas the female and immature males have golden-brown abdomens with paler spots on the sides.

So far this year Keith has noticed a lack of big Hawker dragonflies in general but damselflies are abundant. Damselflies do not fly as strongly as dragonflies, so tend to lay in wait for their insect prey before catching it in mid-air with their legs. They will return to their perch to eat their prey. The Azure damselfly is very common around most waterbodies and can also be found away from breeding sites in grassland and woodland. It is on the wing from the end of May through to September. This damselfly is pale blue with bands of black along the body. To identify the small blue damselflies, of which there are seven species in the UK, it helps to concentrate on the pattern on the second segment of the males' abdomen, just behind the thorax. In the Azure damselfly, this segment is blue with a black U-shape. 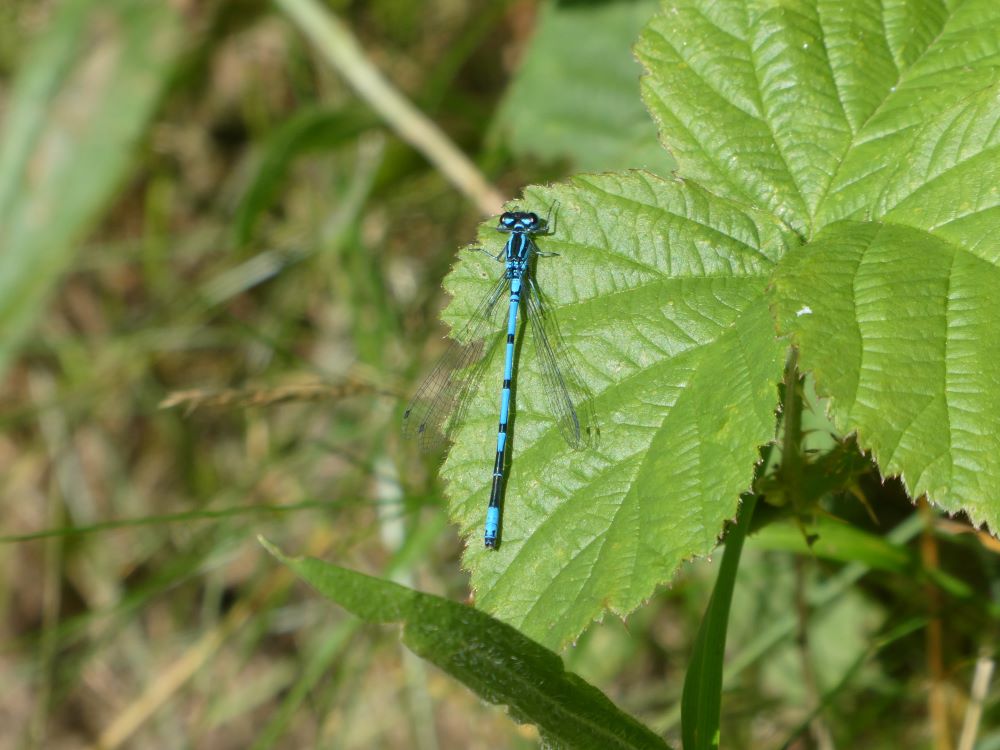 The Common blue damselfly is our most common damselfly and can be found around almost any waterbody, or away from breeding sites in grassland and woodland. It is a regular visitor to gardens and is on the wing from April to September. It is an aggressive species: males will defend their females as they lay their eggs, both from their own kind and other species. As with other damselflies, when Common blues mate they form a 'mating wheel' in which the male clasps the female by the neck and she bends her body around to his reproductive organs.

The metallic-green Emerald damselfly can be seen from June to September around ponds, lakes, ditches and canals. Unlike other damselflies, it holds its wings half-open when perched. 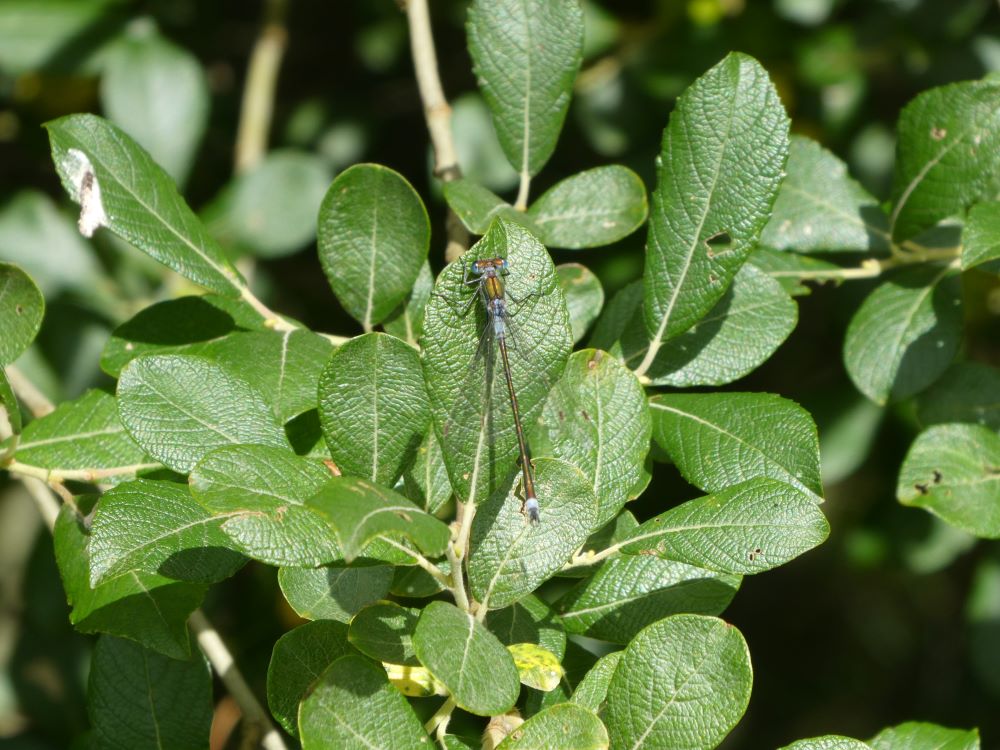 As well as the species mentioned above Large Red Damselfly, Emperor dragonfly, Golden-ringed Dragonfly, Four-spotted Chaser, Common Darter (females and immature males), Common Hawker and Blue-tailed damselfly were also observed during the afternoon along with plenty of butterflies such as these Small Skippers. 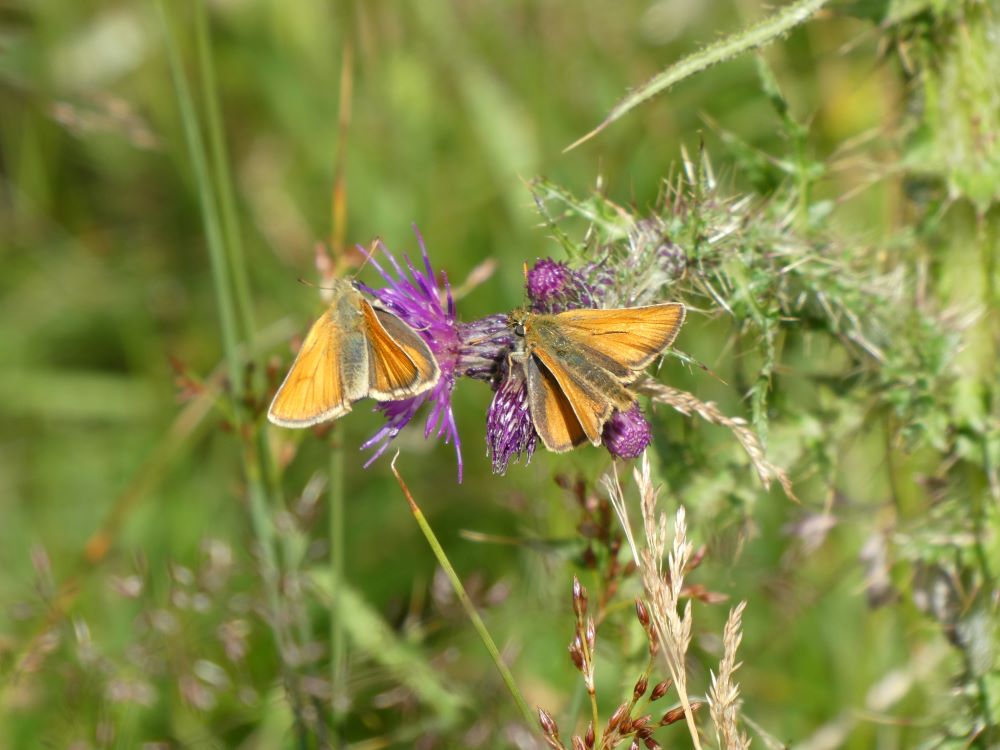 Our sincere thanks to Keith and June for carrying out the survey and to Chis for providing the photographs for this blog post. 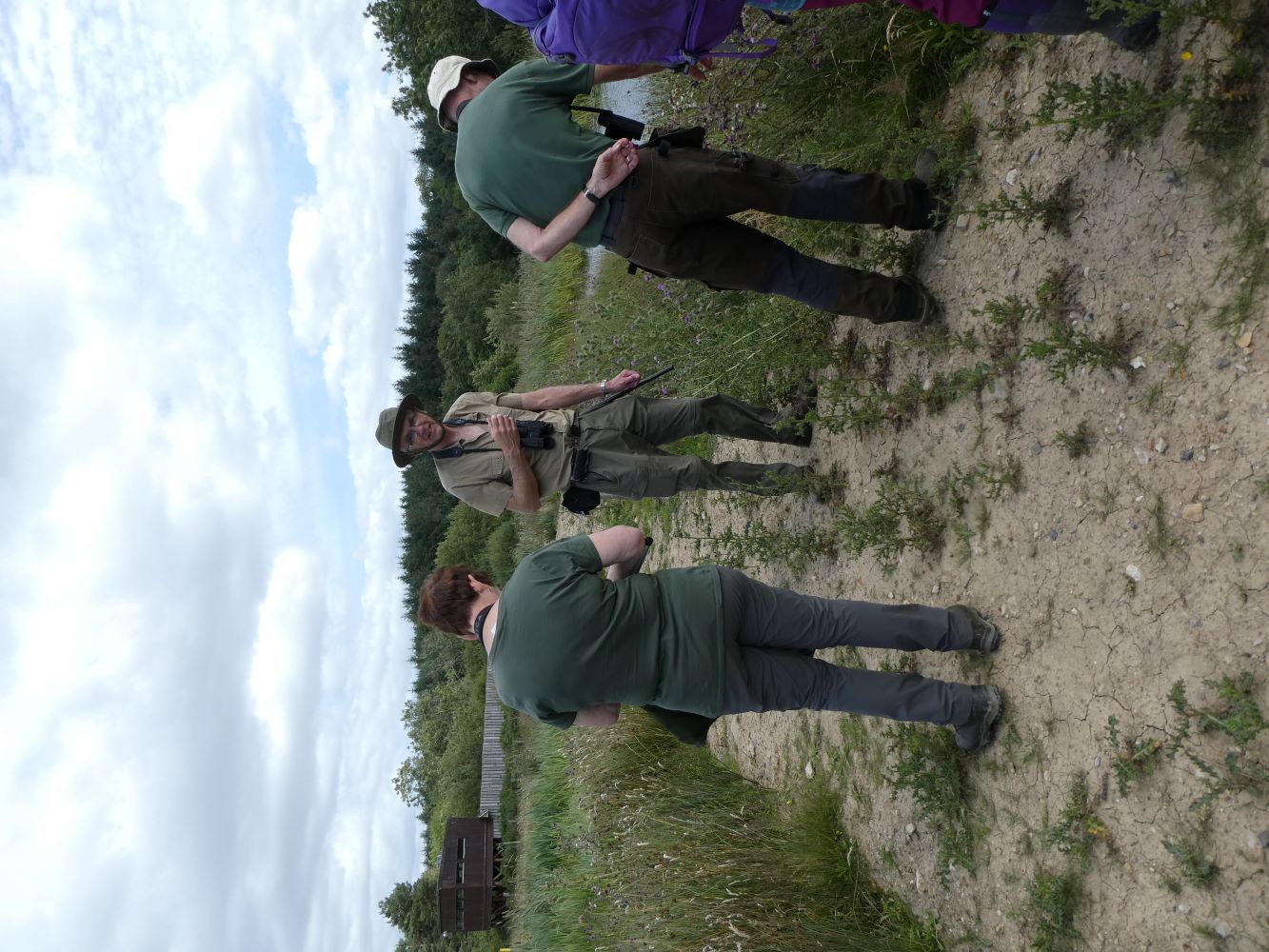