Final adjustments were made to bolts, and the ramp attached once the duck raft was lifted onto the trailer to begin its journey down to the lake. 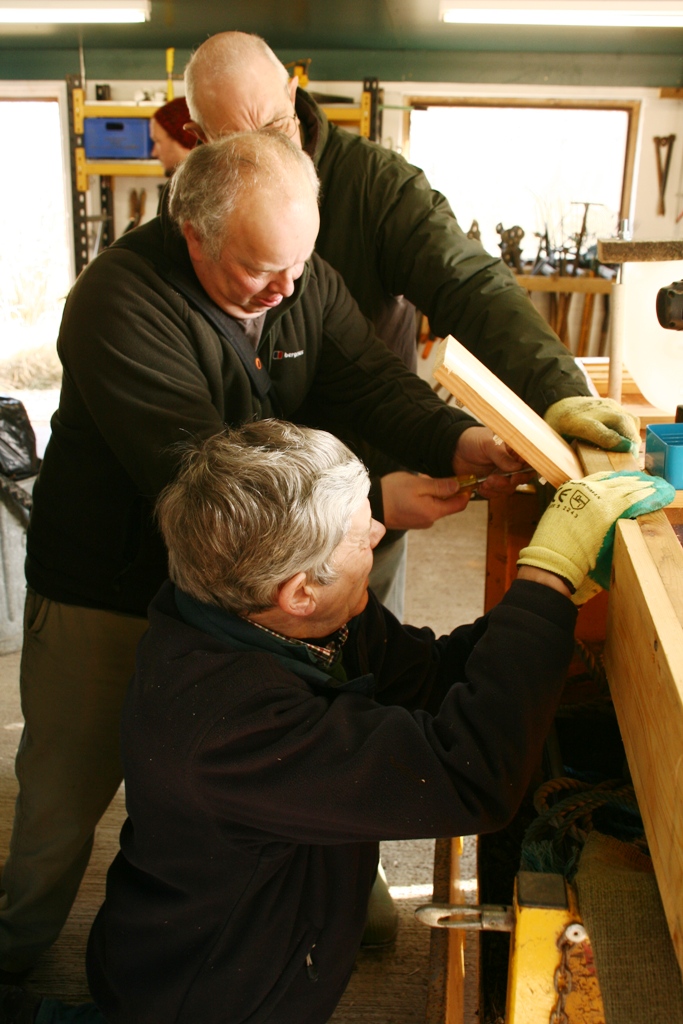 Volunteers followed behind helping to support the raft up and down the steep inclines as it was slowly driven down to the water's edge. 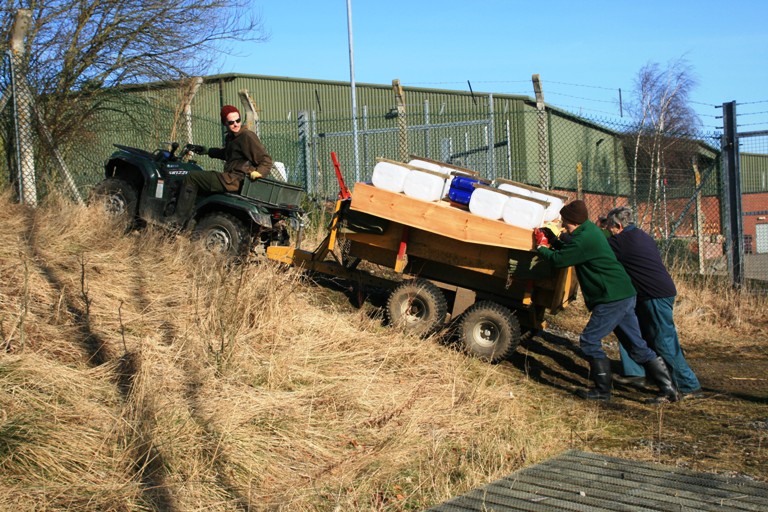 The anchors were attached before lowering it off the trailer. 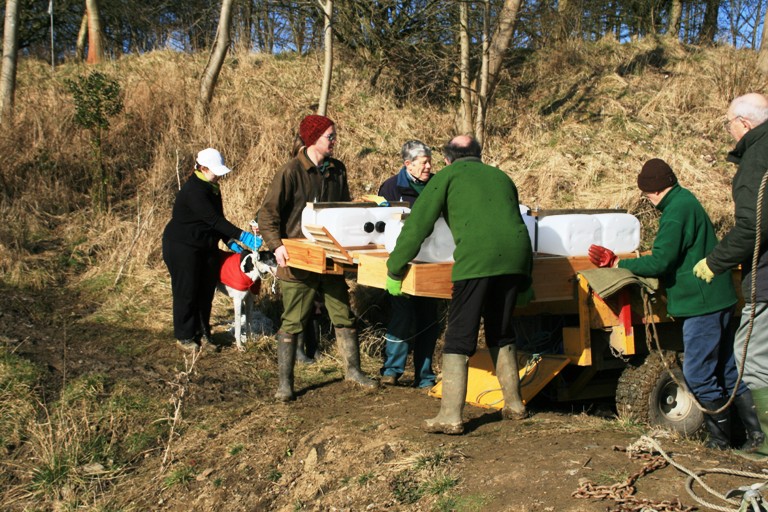 Once on the ground the raft was slid down the slope where it was gingerly placed into the water. 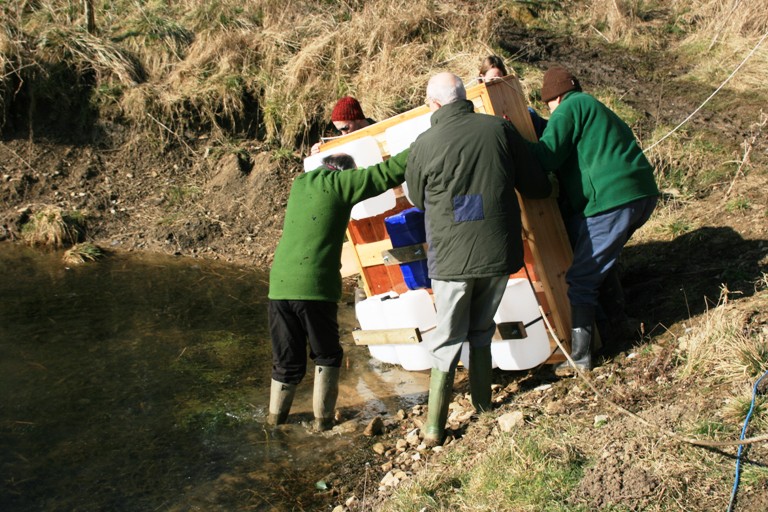 Much to everyone’s relief it floated! 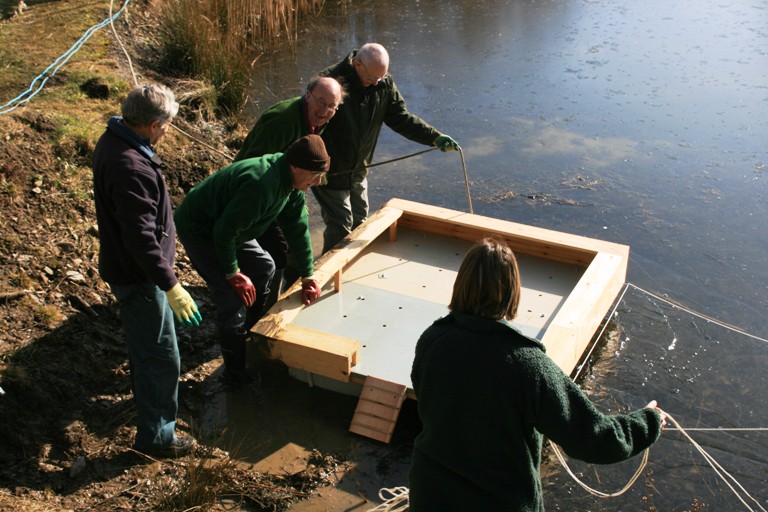 Wood chippings were added to the base to provide a surface to nest on. 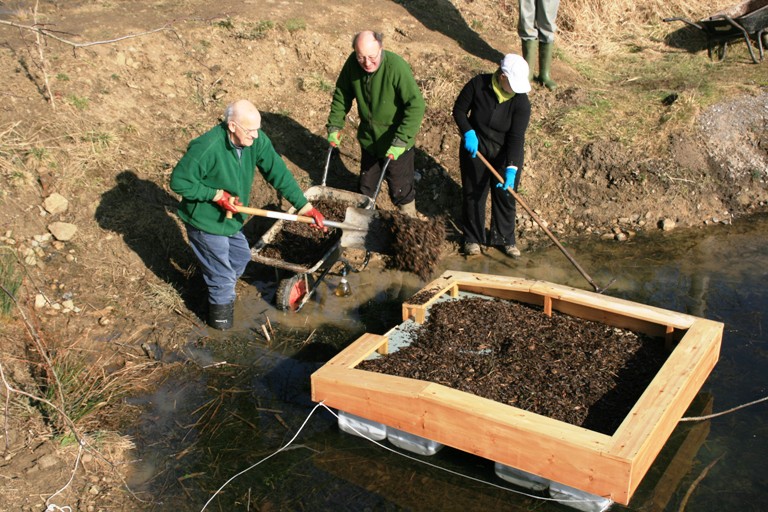 The raft was then guided along the bank through the thin covering of ice (several bad Titanic jokes were made) to the rough position we had planned for it. 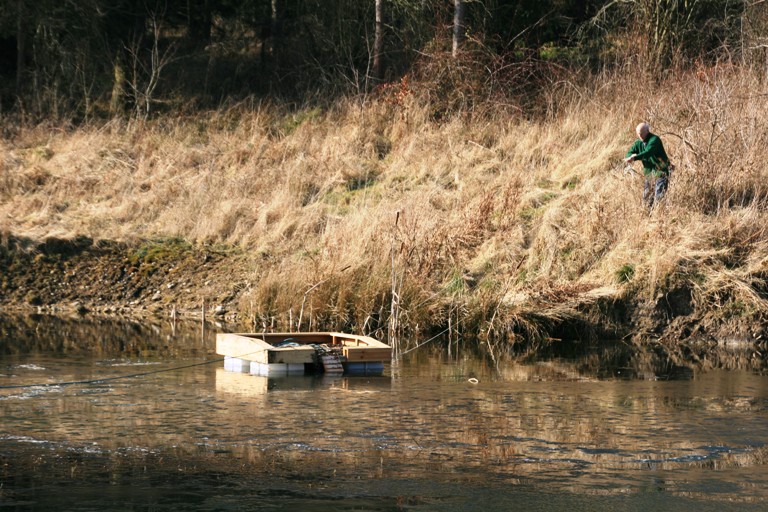 The anchor was then lowered to the bottom of the lake, which had to be done from the raft itself! Final adjustments were then made to its position and it was secured to the side.

The duck raft looks great sitting in the water and can be seen easily from the hides. 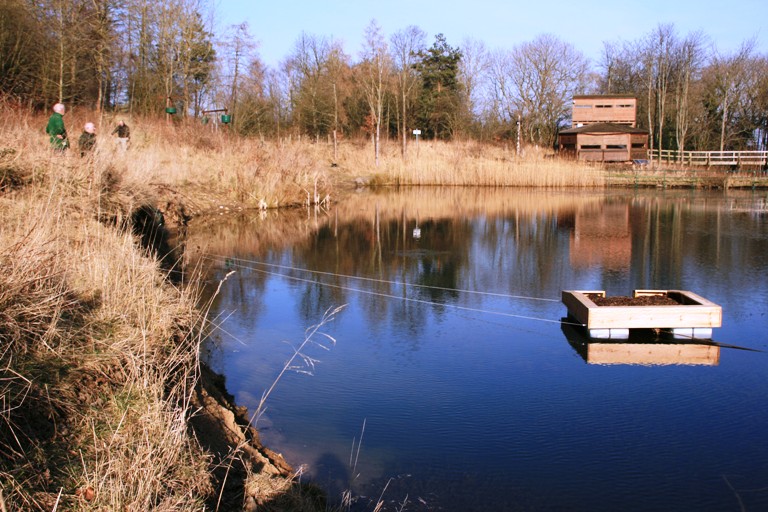 Thank you to everyone who has helped with this project, fingers crossed the ducks will like it and build their nest here.

I congratulate everyone who has been involved in this project.  Yet again it has been a demonstration of real team work and the concentration of a whole ‘raft’ of skills from the ‘Last of the Summer Wine’ team - plus a couple of extras!  It was all Adam’s idea initially and he has seen it to fruition - so very well done.  Building this raft from conception to completion is just another example of what can be achieved with the determination and spirit synonymous with Foxglove.  My thanks to you all.  With the reeds and the raft - watch this space!