In spring, the 'Shepherd's Crook'  also known as 'Crozier' (after it's resemblance to a Bishops staff) shape of ferns is easily recognised. 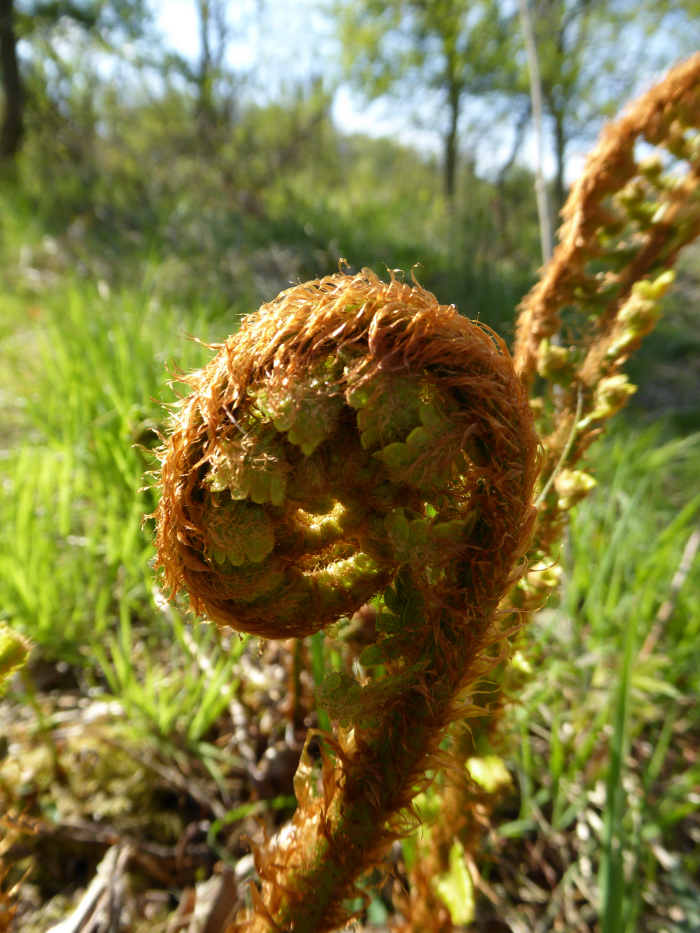 As spring progresses into summer so the fronds unfurl and the cone shape is revealed. 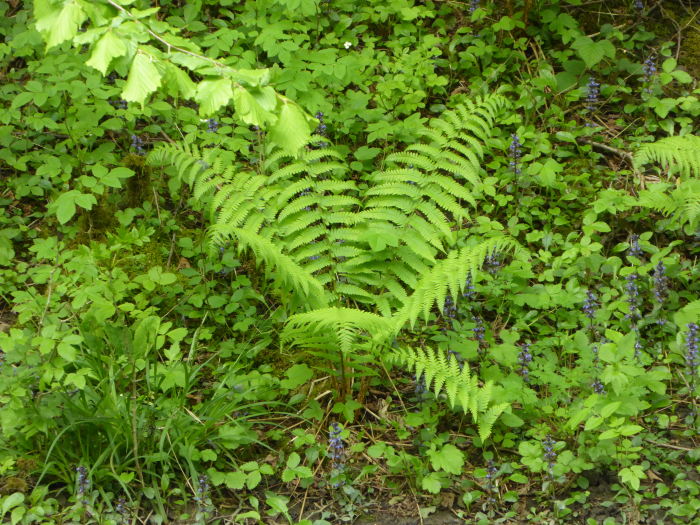 Autumn sees the fronds produce the spore cases on the back of the leaves.  These are the typical ferns we see around Foxglove. 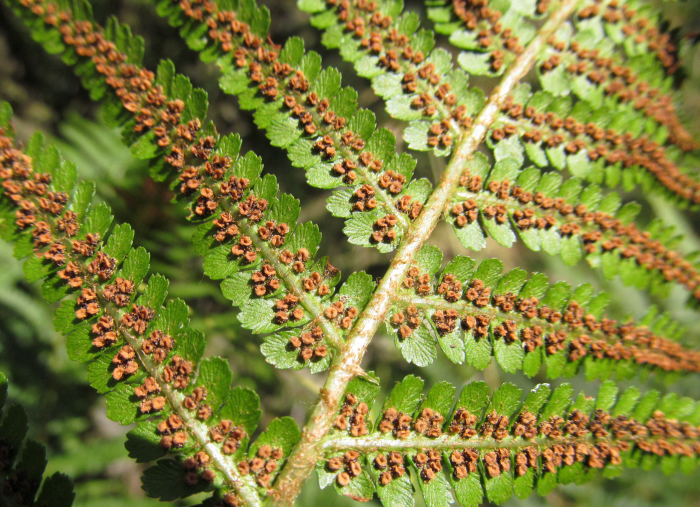 Adder's-Tongue fern, which has grown really well this year, is certainly not typical.  This fern is an indicator of ancient meadows.  Depending on which information you read it is an annual and or survives winter with slender underground rhizomes 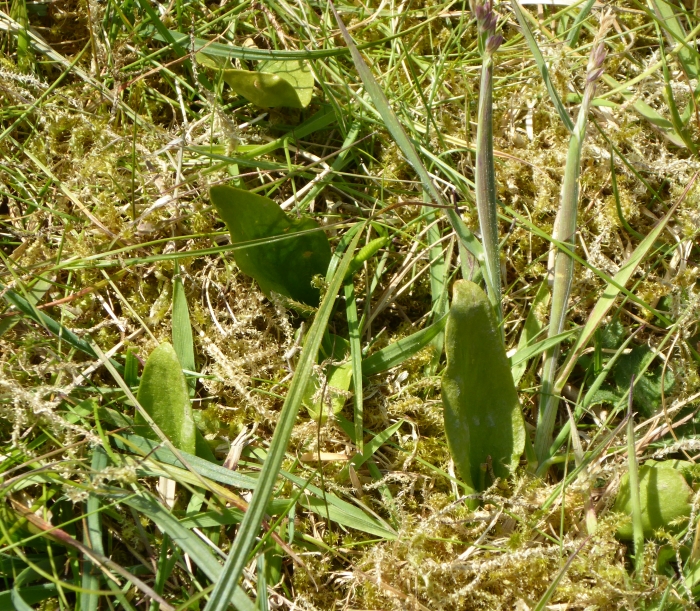 Close up you can see the spore bearing part of the fern.  This is where its name originates, presumably looking like an Adder's tongue? 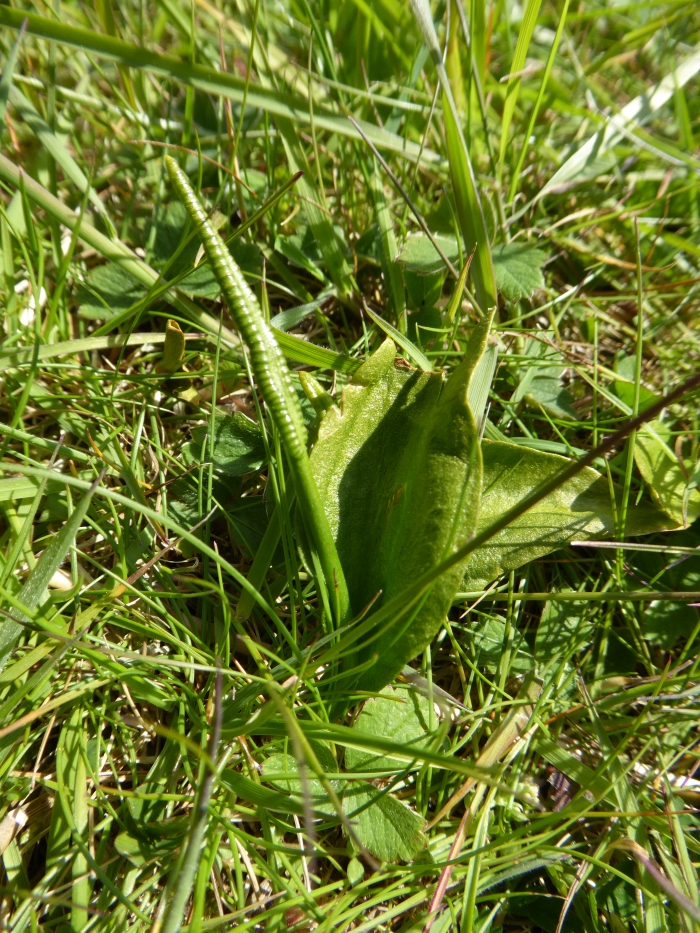 Pillwort is also a fern although again, not looking anything like one.  It grows in water and prefers areas that can dry up a little and be trampled by stock.  It gets its name from the 'pills' found along its rhizomes and these can be seen below. 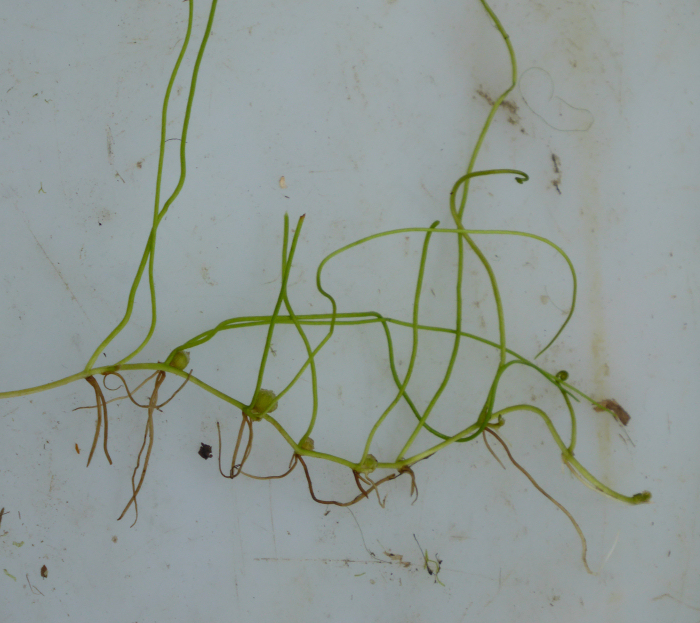 This rare fern has been found on the wetland and it was suggested that we could grow some in a fish tank so everyone could see it.  Before setting this up some trials are being carried out, in plastic containers, on a windowsill.  Although it looks nothing like a fern you can just see an unfurling 'frond' in the centre of the photograph.

Pillwort is a true fern and reproduces by spores, which are found in 'sporocarps', (the pills) hard capsules that may remain viable for many years, but which open when swollen with water to release megaspores, fertilized by the microspores, which are also released.  Three 'pills' were placed in some clay and within a week they had burst to release these megaspores, the tiny white dots in the middle of the brown clay! 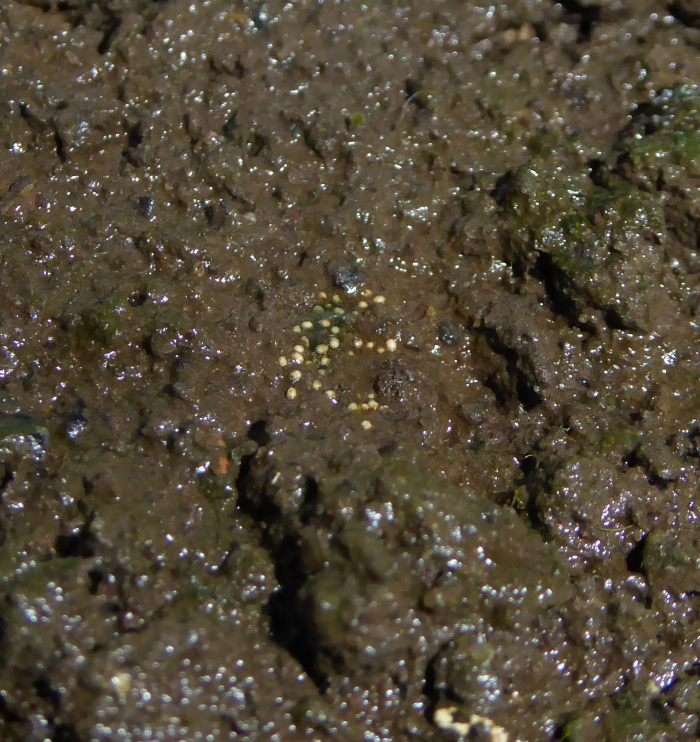 When growing ferns from spores it may take up to two years before they develop.  How long these will take we do not know.  Nor do we know if the Pillwort will survive indoors over winter.  An exciting project that hopefully will result with a fish tank of Pillwort in the Activity Room!

Commenting is not available in this channel entry.