Dippers are the first birds to have their nests checked as they breed in early spring. Today the first chicks were ringed.  Adam donned waders (hopefully the holes are repaired!) to collect the chicks from the nest. 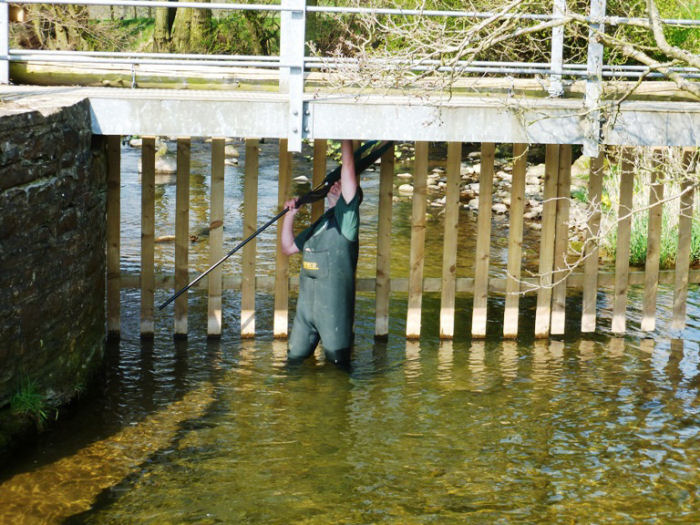 Carefully the five chicks received their rings, before being returned to the nest. 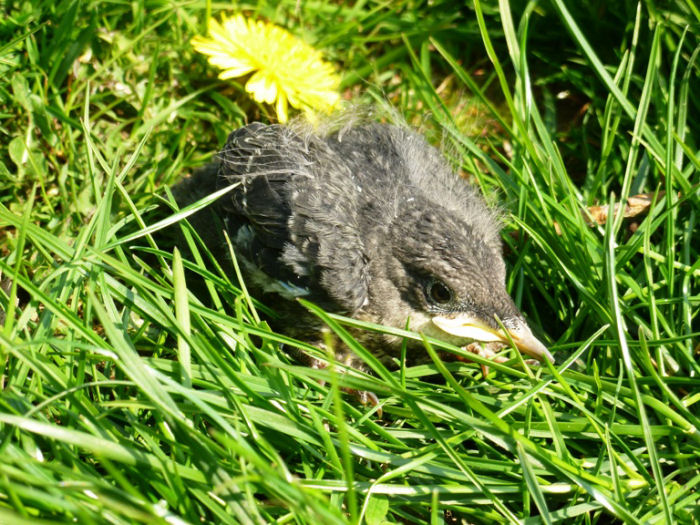 Back in Foxglove, a walk around discovered ladybirds galore.  Unfortunately most of them decided that man-made structures were by far the best place to rest and sunbathe!

On the beech fence a Kidney Spot Ladybird was seen, usually found on Ash trees. 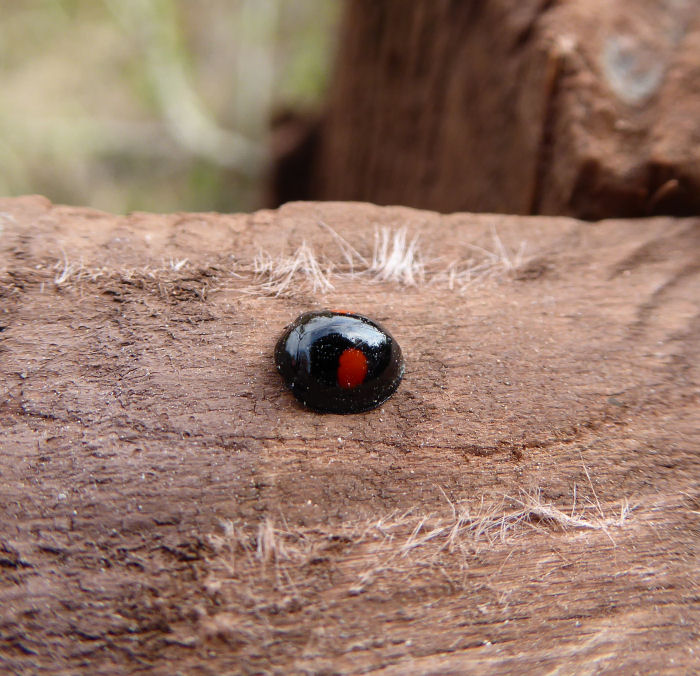 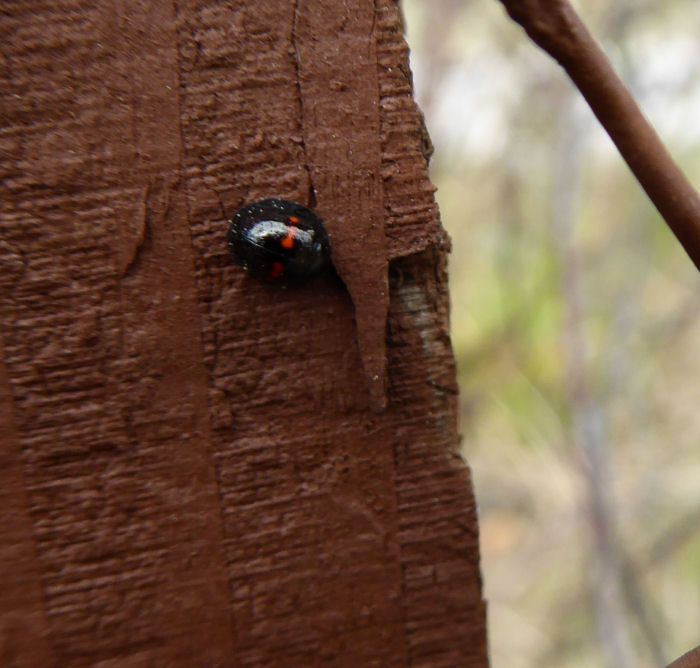 This Larch Ladybird was not disturbed by the interest of the watchers and continued to eat its greenfly!  (The tiny red dot to the right is red spider mite.) 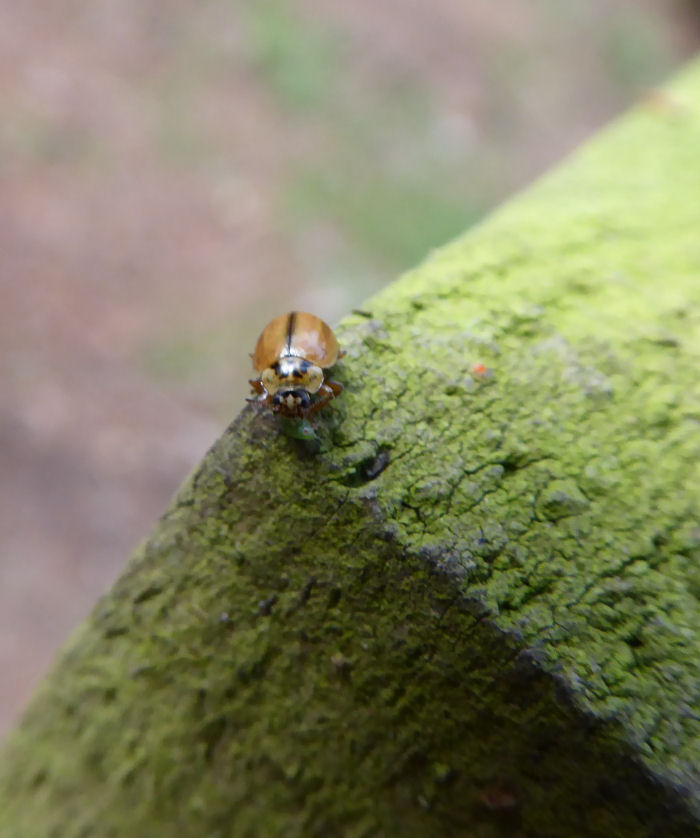 Then into the woodland where many 7 Spot Ladybirds were found.  Having spent the winter searching for them and being unsuccessful we could only ask - Where have they all been?

It is not often that you can see the underside of a ladybird as they are excellent at turning themselves the right way up!  You can see the three pairs of jointed legs. 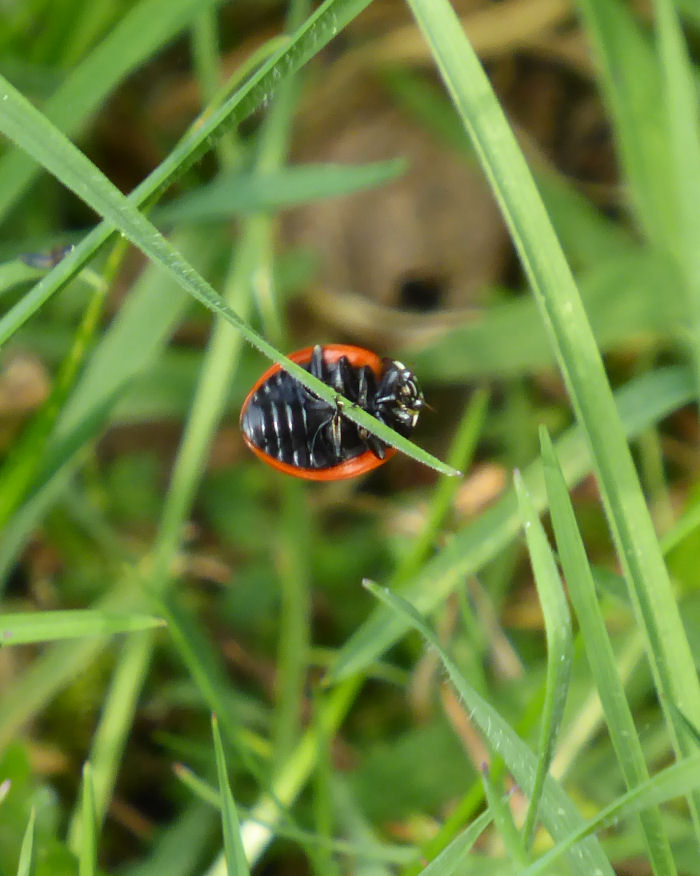 A few seconds later it had turned round and walked down the blade of grass. 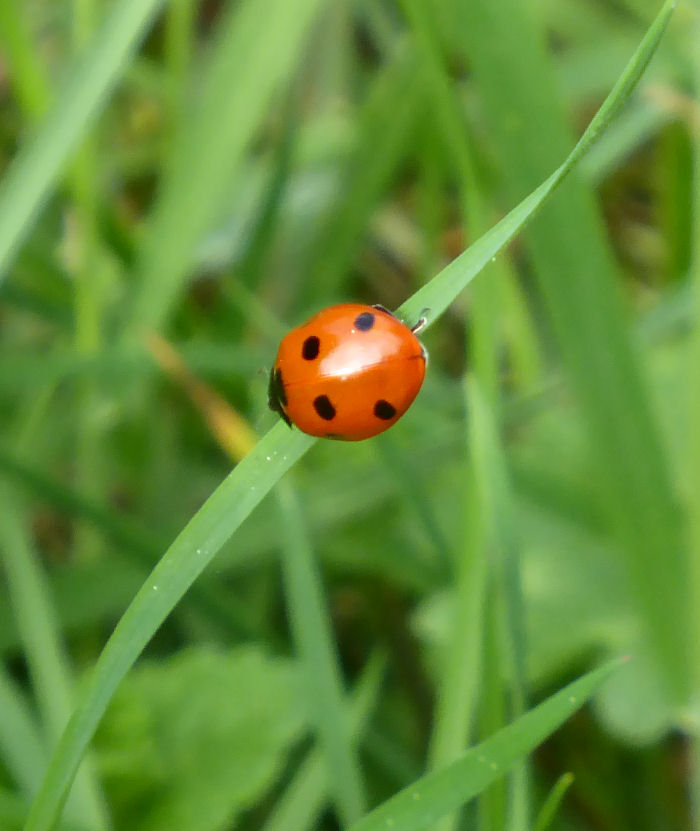 It has been a busy Easter on the reserve as the weather was better than forecast and many visitors enjoyed walking around and seeing all the spring flowers, butterflies, bees and listening to birds calling.

Thank you to everyone who has helped over the last few days.