Some of the birds that visit the Field Centre back garden are found all year round. Blue Tits have declined in numbers over the years but are still plentiful. It may seem that gardens are quiet at the moment with fewer birds beeing seen. This is because they are busy nesting. Once the young hatch the feeders will be in high demand once again!

A smaller relative of the Blue Tit, the Coal Tit, is common throughout the year too.

Despite their name, Marsh Tits are most often found in broadleaf woodland, copses, parks and gardens. The Marsh Tit is so similar to the Willow Tit that ornithologists didn't realise they were two separate species until 1897! Marsh tits can be attracted to gardens near to woodland by putting out peanuts, sunflower seeds and fat balls.They are often seen on the bird feeders outside the kitchen window at Foxglove.

A species that appears to be growing in numbers everywhere is the Goldfinch.

One of the best plants for attracting Goldfinches is the teasel.  In summer teasels have pale purple flowers which attract bees, butterflies and moths. In autumn and winter Goldfinches feed on the seeds. Nyger seed is also one of their favourite foods and can be fed in special feeders all year round. 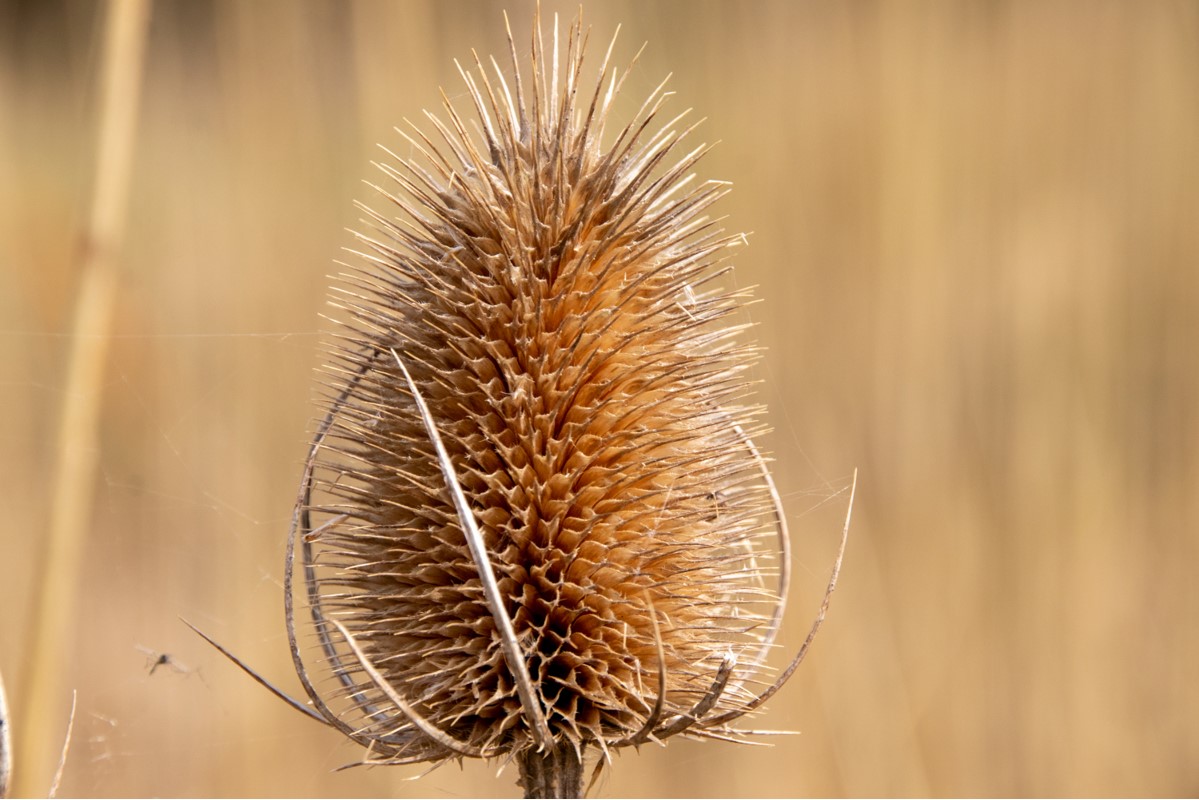 Almost a guaranteed sighting at Foxglove on the peanut feeders in the garden are Great Spotted Woodpeckers.

Although a woodland bird, Nuthatches are also attracted to peanut feeders in gardens. These 'woodpecker-like' birds are adept at feeding whilst hanging upside down!

The Treecreeper is more elusive and is truly a woodland bird but may be spotted in a large garden. It is well camouflaged against tree bark and it is usually the movement of this bird that catches the eye. It is one to look out for on a walk in the woods. They are only thought to travel only about 20km from their territories.

This is in sharp contrast to Willow Warblers which are migratory birds, breeding in Europe and migrating to southern Africa for the winter. They arrive back in the UK in April and many of them breed at the reserve each year. This is an incredible journey for such a tiny animal weighing only 7g (the same as a twenty pence coin)!

Another summer visitor that has just returned after a long migration is the Blackcap. The male has a black cap, and the female a chestnut one. Its delightful fluting song has earned it the name 'northern nightingale'. Although primarily a summer visitor birds from Germany and north-east Europe are increasingly spending the winter in the UK.

Our sincere thanks to Mark Geering for providing the photographs for today's blog.

The Marsh Tits are a bird that usually appears near my house, and I feed them often. I like these birds because of their cute littleness and their beautiful voice.