Many Hawthorn in the hedges outside Foxglove are already green. Inside Foxglove they are just starting to turn green and there is now a green haze across the reserve. 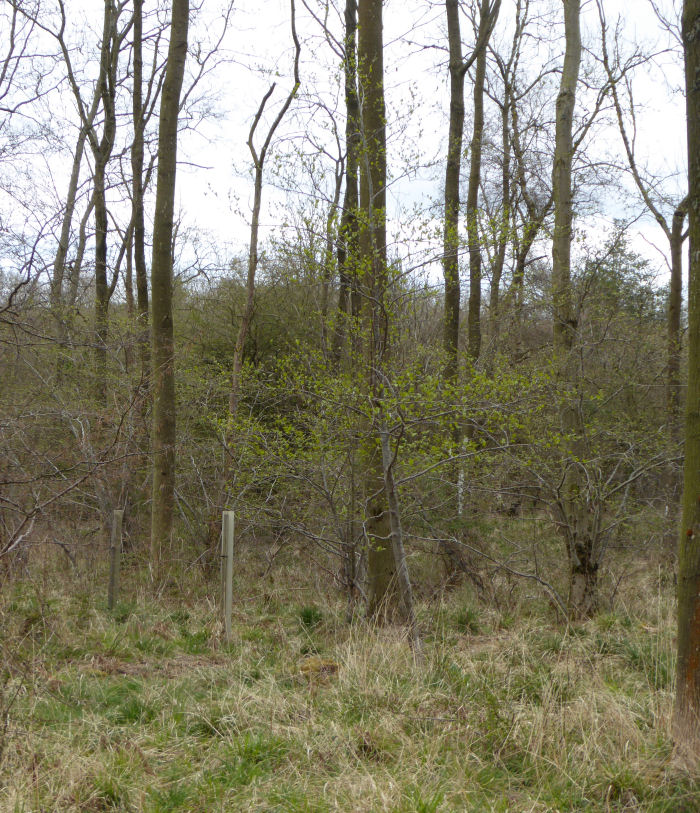 If you look closely at the trees you can see the buds breaking.  Even the dark green conifers have their buds just ready to show their new soft, bright green needles. 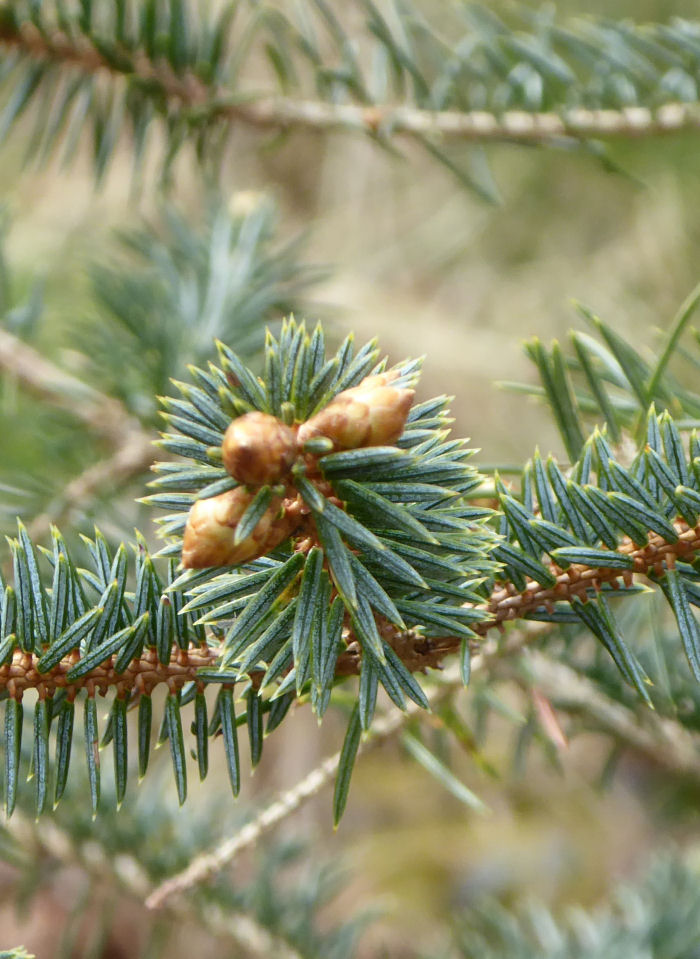 Rowan or Mountain Ash has flower buds as well as leaves.

Like Blackthorn the Bird Cherry develops at different times, depending upon where it is on the reserve.  Some have flower buds almost ready to burst and show their white petals.  Usually as Bird Cherry is one of the first trees to leaf it is often very quickly covered by a myriad of insects.  The low temperatures, at the moment, mean the leaves are insect free.

I have been trying to think what this Whitebeam flower and leaves remind me of and can't quite make up my mind, a bird, an insect or an alien? 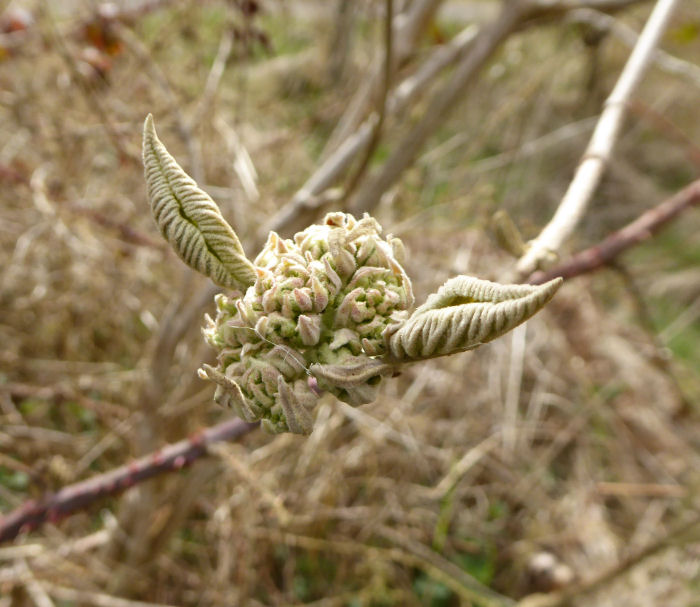 The bird ringing volunteers were in today carrying out the final checks in preparation for CES 1 next Sunday, weather permitting.  Whilst in and the wind was gentle they put some nets up in the garden and caught some Lesser Redpolls.  They were able to show some children how the birds were ringed. 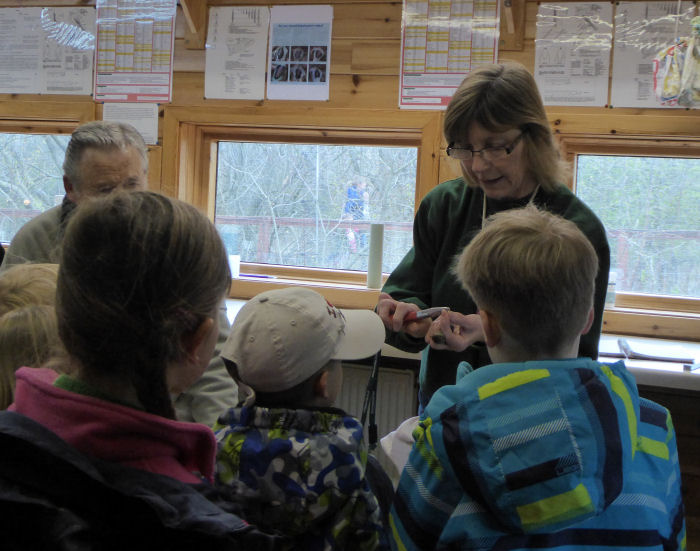 Later the children learned about camouflage using the 'worm game'. 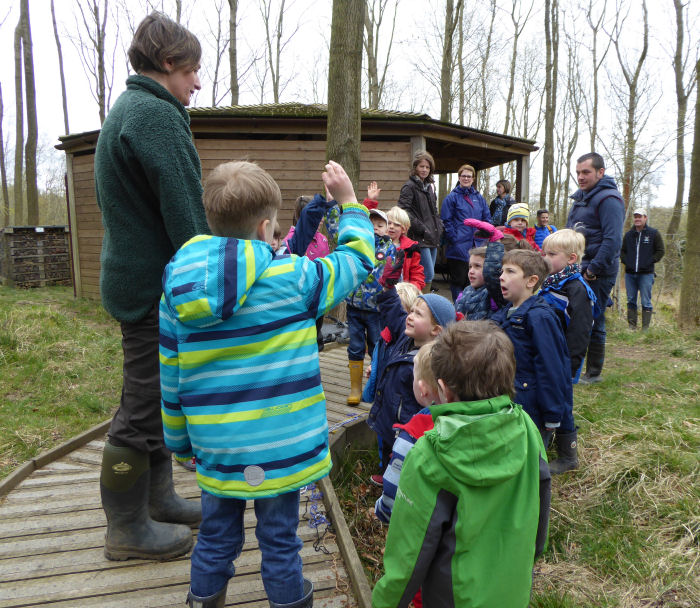 The hive bees have been bringing in different types of pollen.  Experts can tell which pollen belongs to which flower.  Taking a photograph of Blackthorn flowers it struck me that it was just possible that the dull, nearly brown pollen could come from Blackthorn. 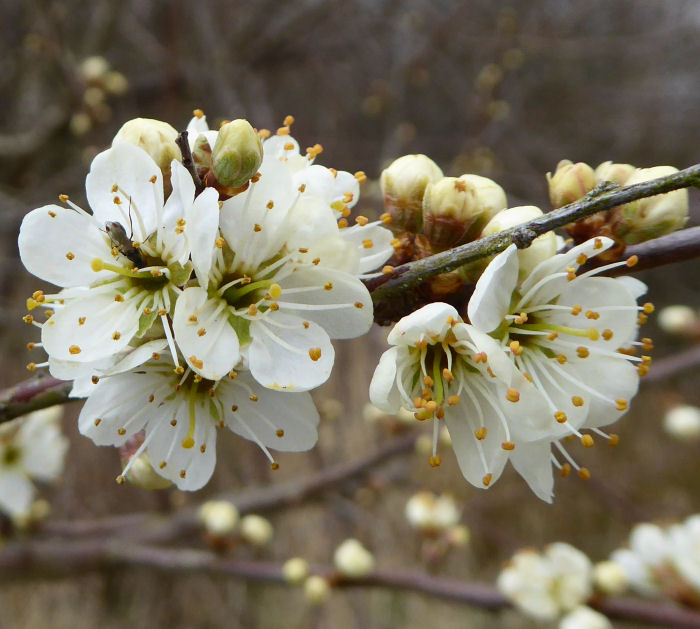 Many thanks to the volunteers who helped during the day, displaying their many varied skills.