John and Jean popped in this afternoon with a caterpillar side-kick for us to identify.  Their find has been identified as an Elephant Hawkmoth caterpillar, named Herbie. 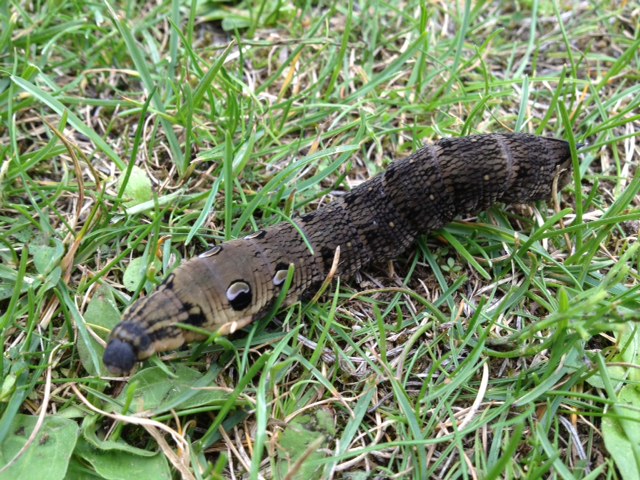 Elephant Hawk-moths are quite often seen in the moth trap over the summer months; the caterpillars can be seen from July to September.  Like most hawk-moth caterpillars there is a backward curving spine on the final abdominal segment.  The front of the caterpillar appears to have the shape of a trunk like snout - it is this that gives the moth its name rather than its large size.  The preferred foods are Willowherbs and Bedstraws. Herbie will pupate over the next few weeks in a flimsy cocoon formed among plant debris on or just below the ground before emerging as and adult early in the summer. 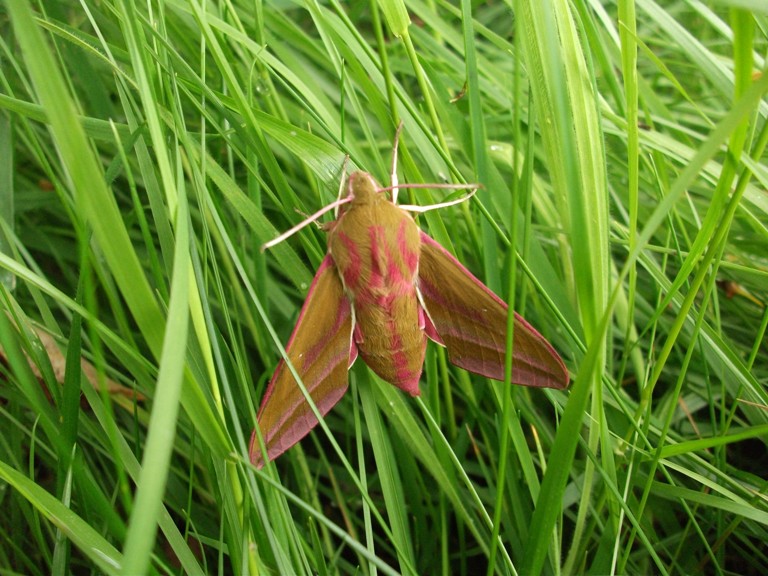