The Foxglove BBQ is the afternoon of Sunday 16th July. All welcome, Free for any Foxglove Volunteers!

After waking up to thunderstorms and heavy downpours it soon cleared to form a mild and humid day at Foxglove. The volunteers continued to work around the reserve. It was an exciting day for Christine, who after many weeks of hard and careful work, finally completed the painting of all net ride number plates, finger posts and trail markers around the entire reserve (ably assisted by Stuart, and John who finshed the final posts in situ). The reserve looks so much smarter. 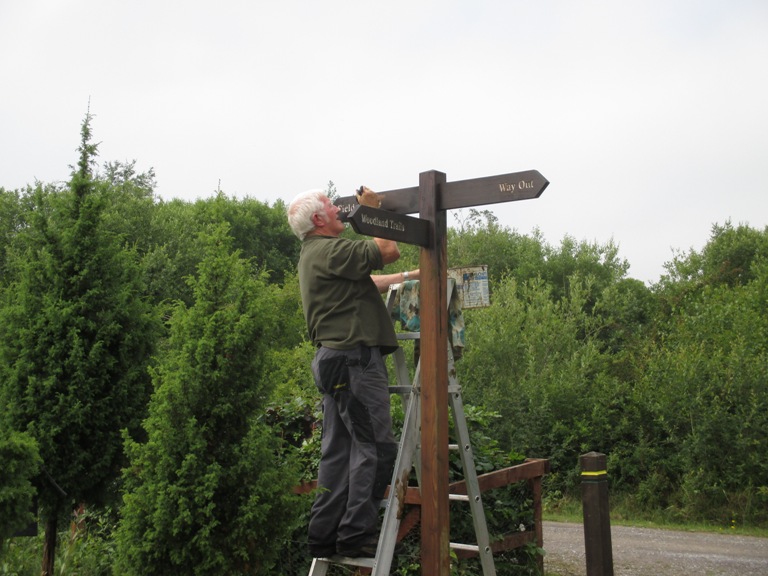 Elsewhere, the volunteers turned their attention to the heath, to remove Birch and Willow saplings. This is a reoccurring job, hated by volunteers as it is hard work, usually accompanied by large numbers of biting flies. 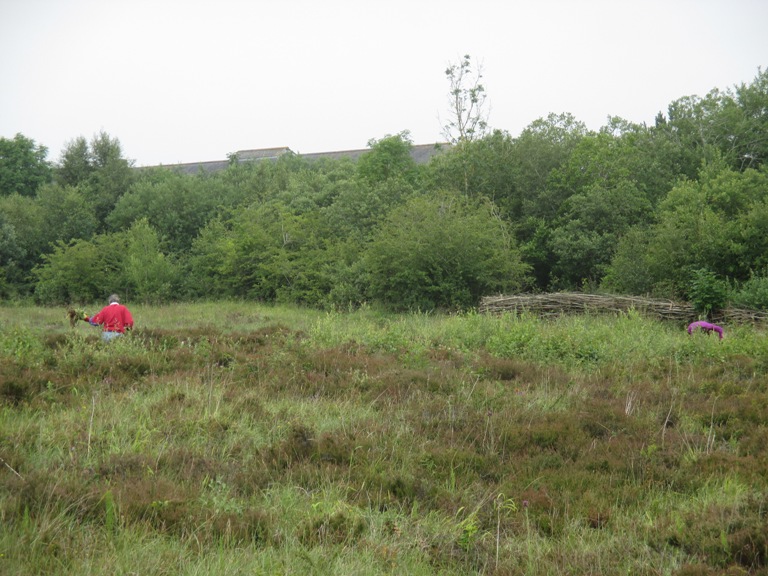 Today was not helped by the warm damp heat which brought out the insects in large numbers. Some bite, some are just generally annoying, however, it was also nice to see some of our more favoured insects. Rachel took this lovely image of Common Blue (I think) damselflies which appeared to be having a chat! 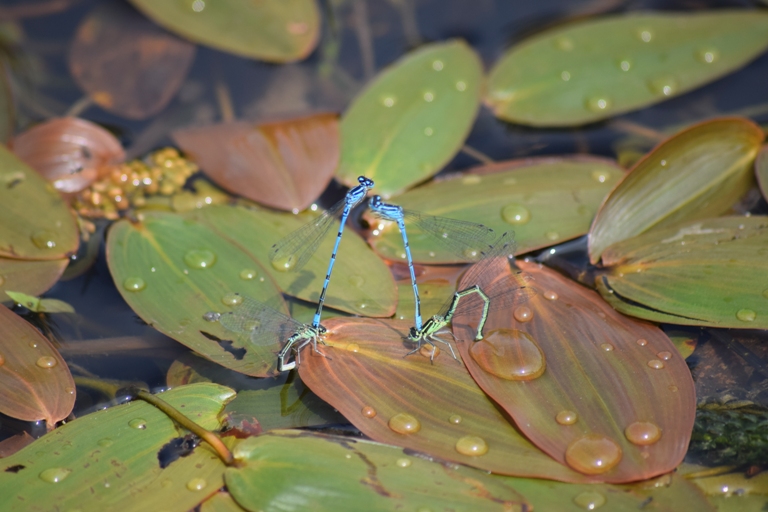 The Dark Green Fritillary butterflies were also out in good numbers adding a splash of colour to the heath. On the heath we came across this creature. 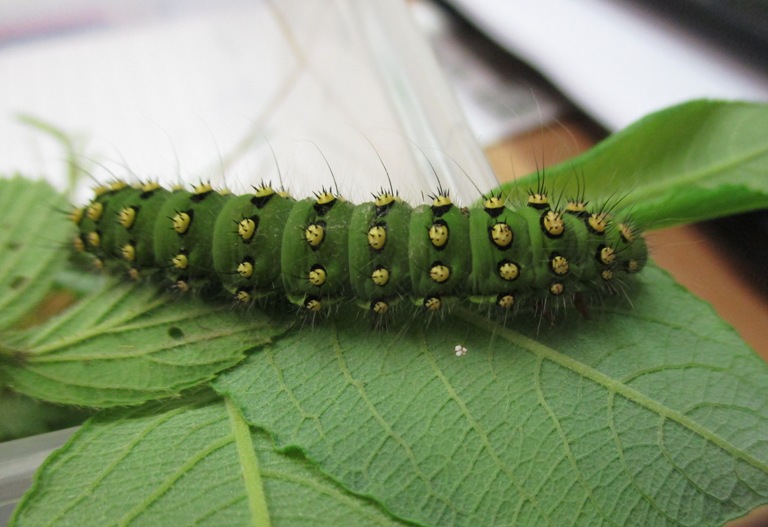 This sizeable caterpillar will turn into a stunning Emperor moth. According to the books these are widespread and common- yet somehow I have never seen one before.

The grass at Foxglove finally dried, enabling a start on the job of mowing the net rides- this has been on my list of things to do for over a week now but the weather has refused to cooperate. 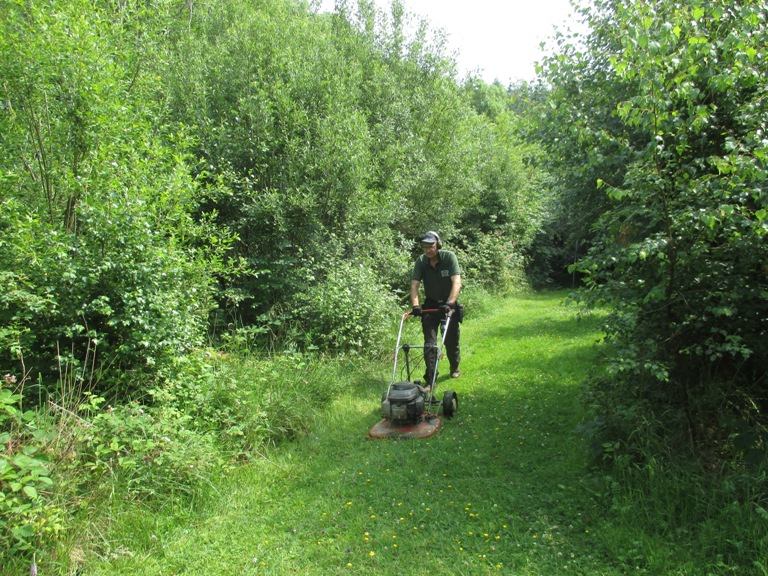 Thanks go to those who helped out today.