Everything has its season.  There are many flowers in Foxglove at this time of year but we watch for those that are just coming into flower now.  Harebells are usually only found in two places on the moor, but as with many species this year it too has spread its range.  It is not the easiest of flowers to photograph and often looks very pale, but I was pleased that these ones have actually stayed blue!

Red Poppies are plentiful in the fields and hedgerows but we have not seen many of their delicate red nodding heads at Foxglove so far this summer. 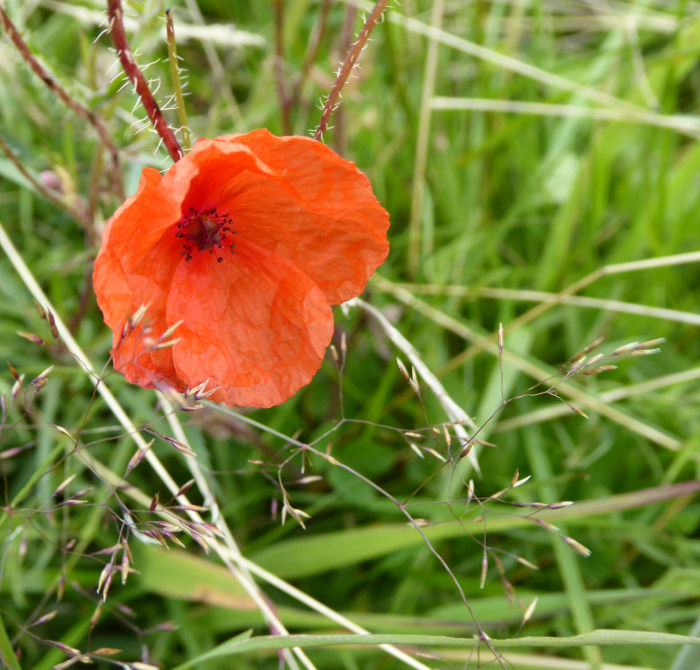 Out on the wetland a tall yellow dandelion like flower was observed.  It was identified from photographs as Perennial Sow-thistle.  We went to check it on Wednesday before the cattle arrived.  Our ID was correct.  (This plant is growing along many hedgerows and roadsides.) 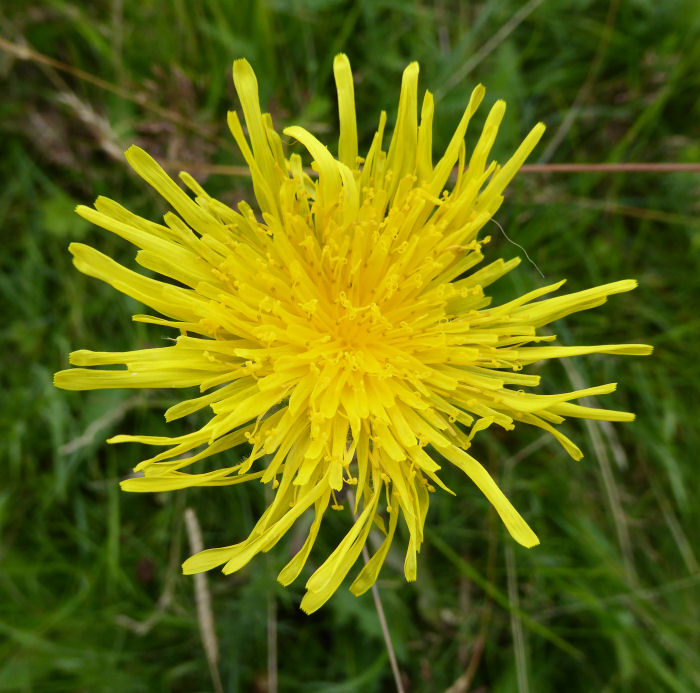 When we looked closely it was covered in tiny yellow hairs. 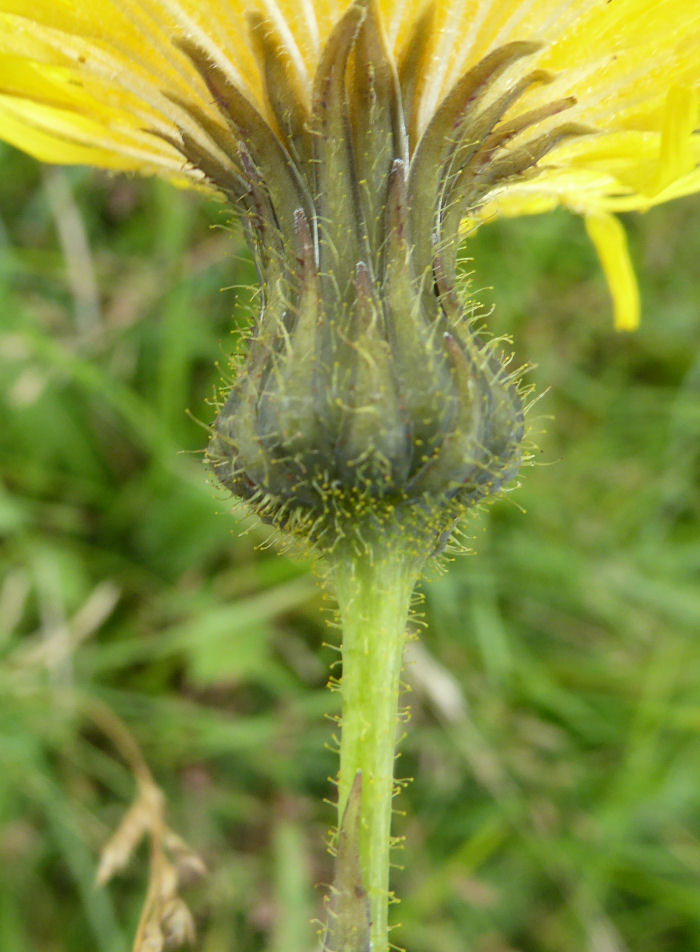 Moorhens have tried to build a nest on the tree in the lake several times but finally manged to build a substantial nest and have reared two young. 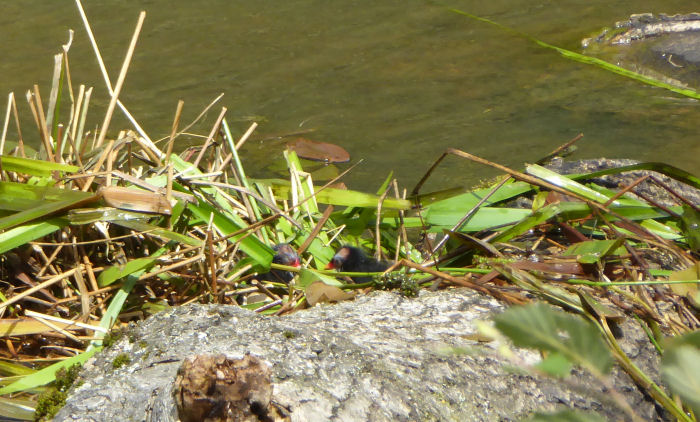 In the reeds close by, Little Grebes have also built a nest and they too have two young. 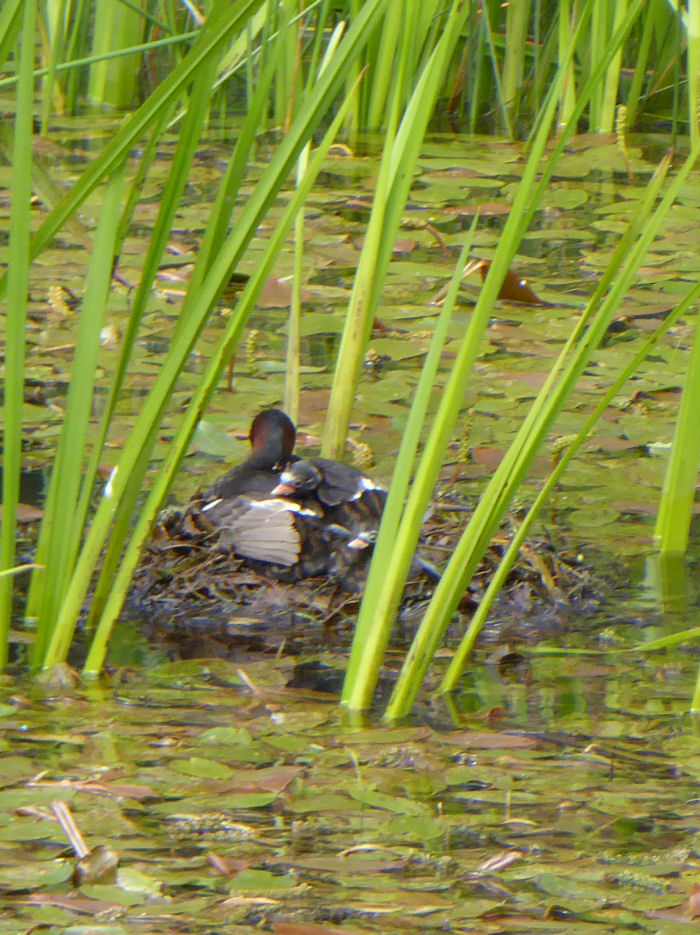