The first half of the trees donated by Bettys Tearooms were collected at the end of last week and finally a start could be made on carefully planting them around the reserve. The only problem was that once the labels had been removed it was tricky to identify the different species! 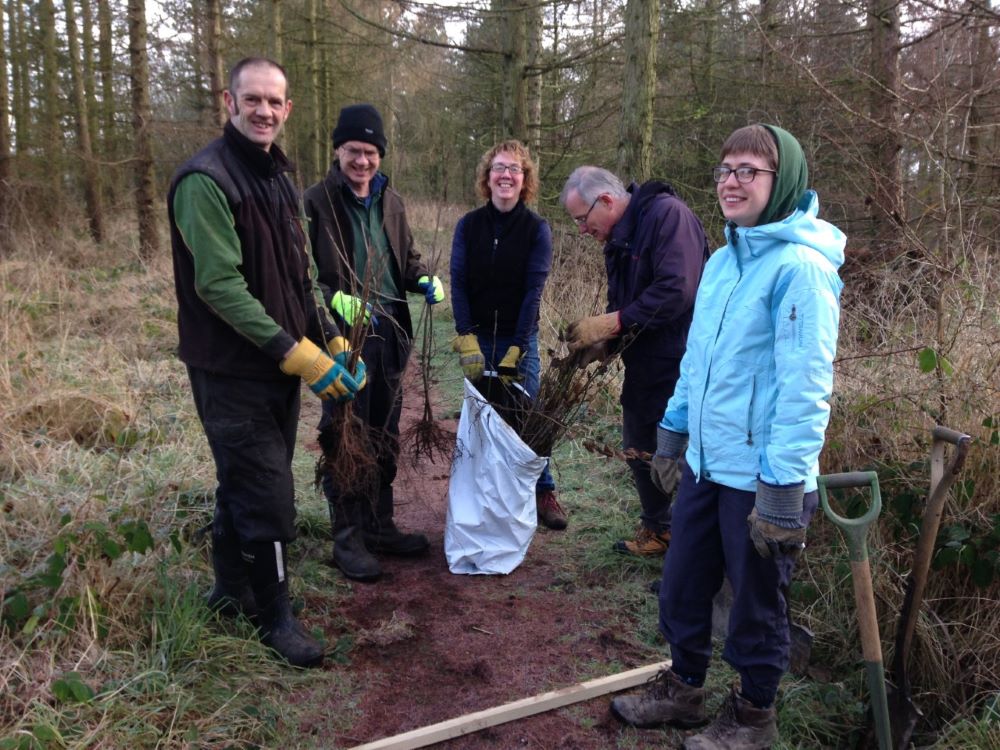 Thankfully, the saplings were identifiable by the colour of their buds and bark and it was soon decided where to plant each one depending on its requirements. 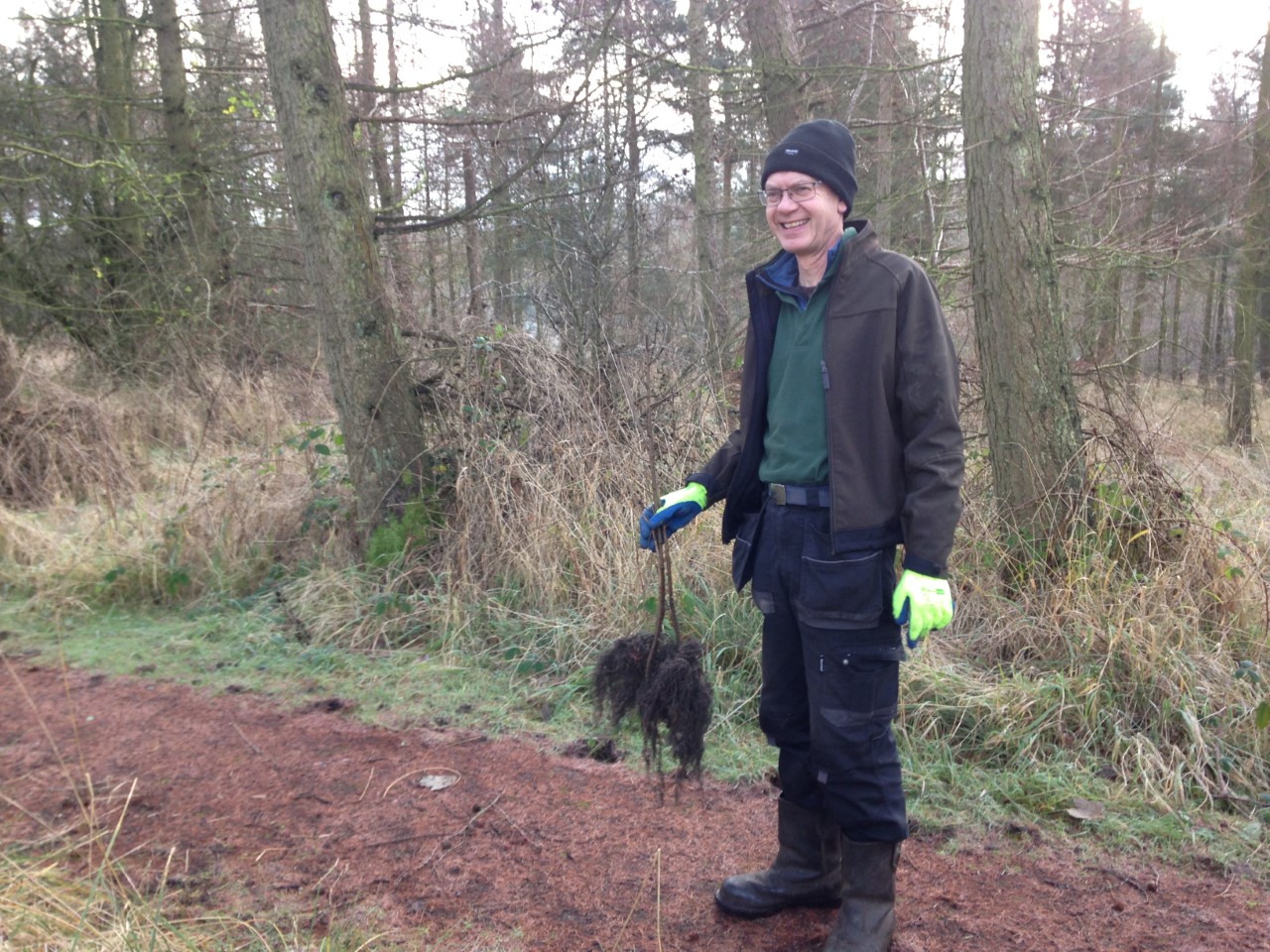 The team worked in pairs to plant each one and protect them from browsing mammals with a tree tube and from the prevailing wind with a supporting stake. 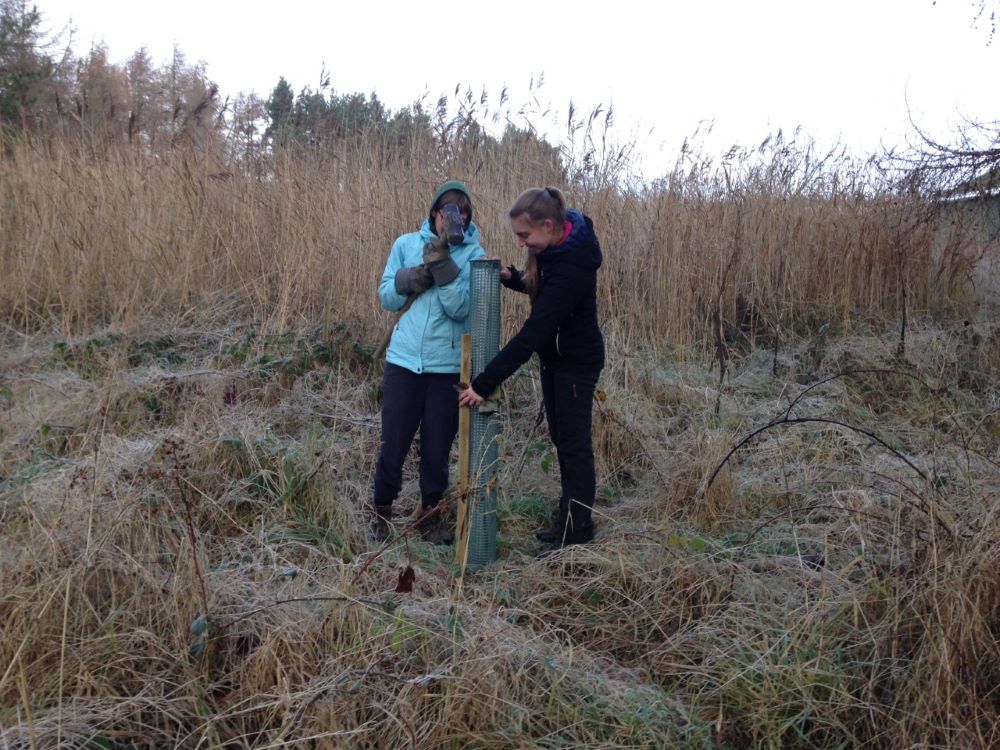 Three Black Poplar were placed in amongst the Larch. These can reach thirty metres in height when fully mature so need a lot of space. They are a native tree and although once common in the UK, are now rare. 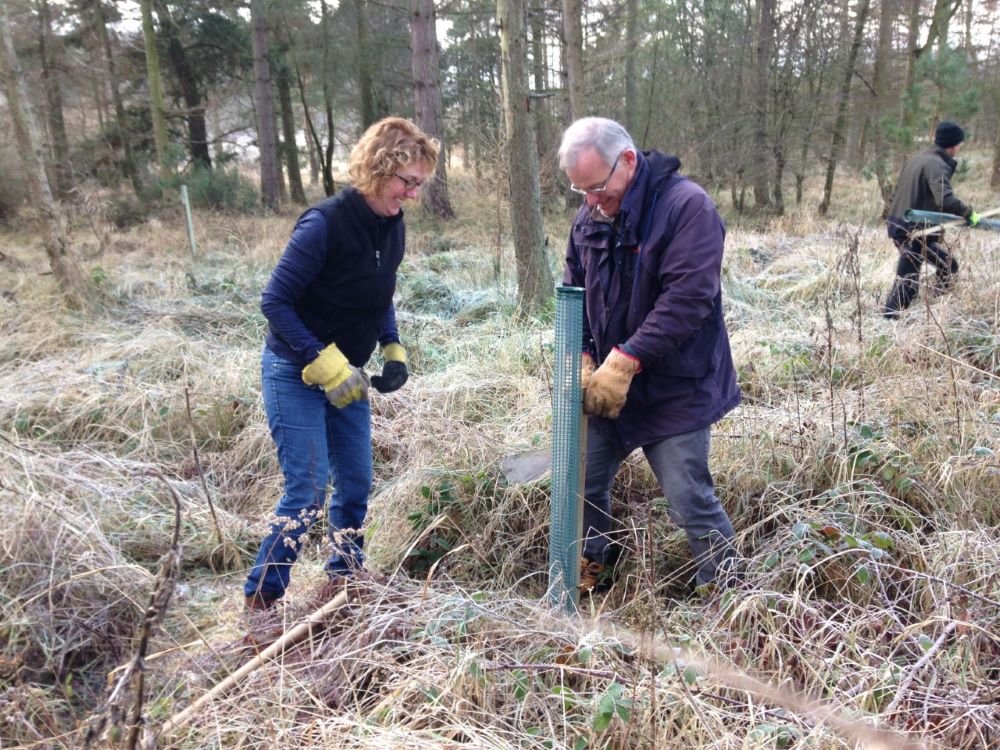 Dogwood is a small shrub with bright scarlet twigs. It grows well on the edge of woodland and in hedgerows and will look stunning alongside this woodland path. Several were planted on the edge of the Larch plantation but others were saved for the creation of a new hedge on the moorland. 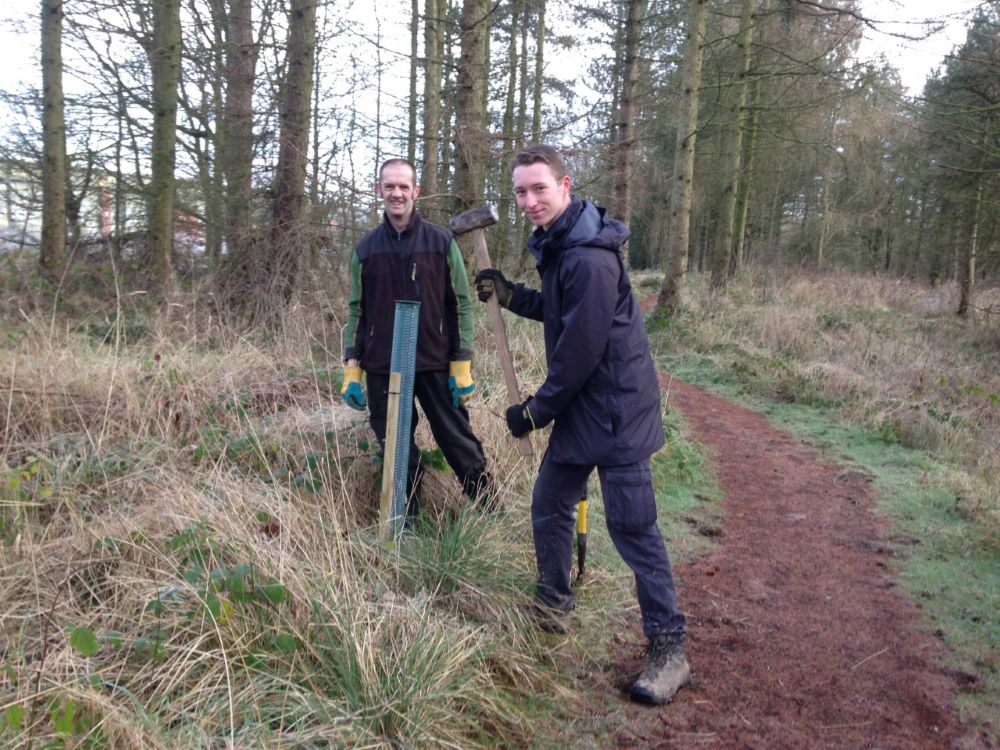 There had been a hard frost last night and there were still large patches of ice about. The temperature didn't get much above freezing all day. However, the ground was surprisingly soft and the spades cut into the soil with little effort. Other species put in today included Alder Buckthorn(food plant of the Brimstone Butterfly), Rowan, Whitebeam and Hornbeam. In total, Forty new trees were planted this morning and the rest of them were heeled in to soft ground to keep them alive for the next few days until they find their place in the Foxglove habitats.

When the weather is cold the bird feeders are kept topped up in the back garden. Getting into the seed shed was a challenge in itself as the locks were frozen solid! 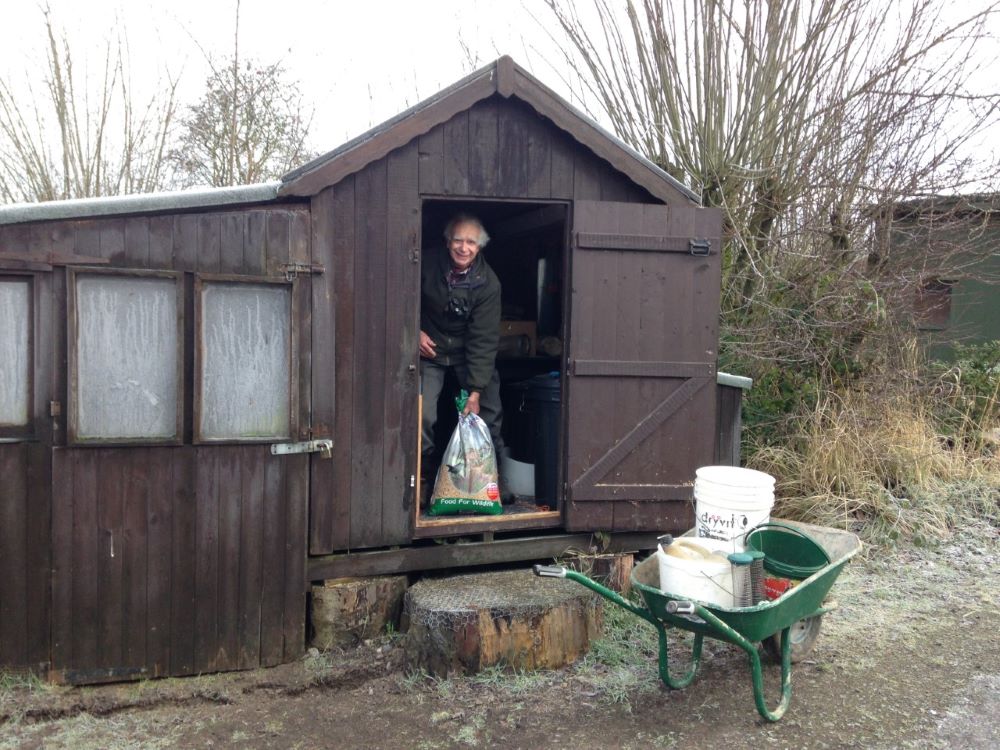 Volunteers also finished tidying an area ready to be planted with trees. After a busy morning, a Christmas lunch was held as a thank you to all of the volunteers who give up their time to support the reserve; more on this tomorrow!