Fungi and trees have a close relationship which isn't entirely understood. There are many species of fungi that are associated with Beech trees such as this Beech Tarcrust Biscogniauxia nummularia. This shiny black fungus that develops into a crust is found on dead Beech wood. 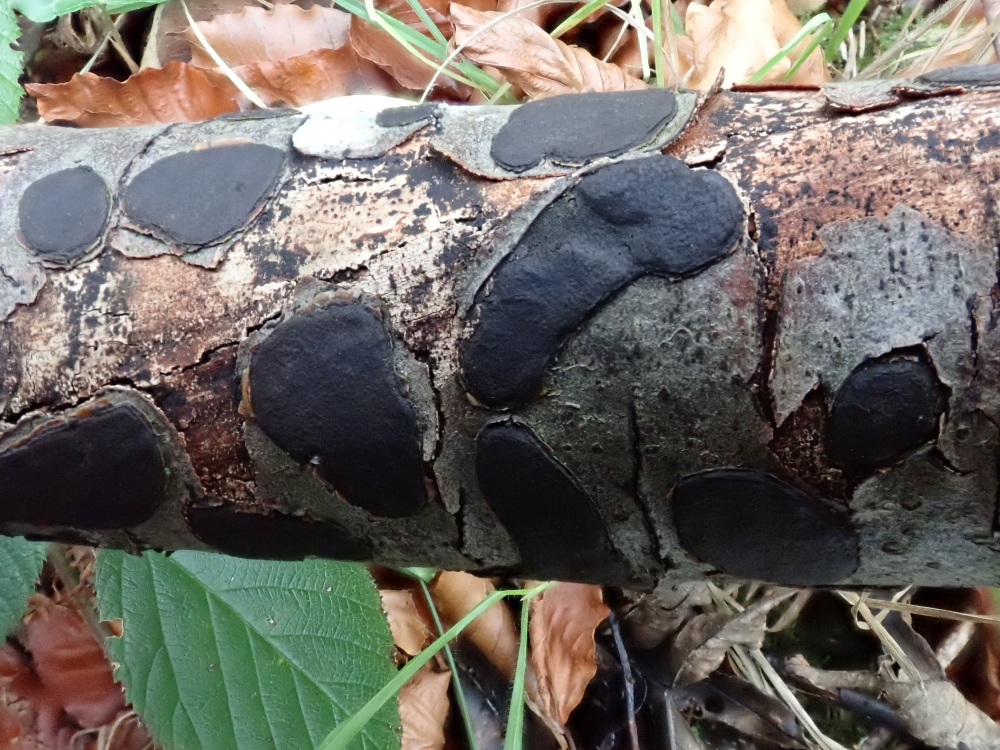 Beech Milkcap  Lactarius blennius  is so called because when the gills are cut or torn, a milky latex is exuded. The Latin blennius means slimy. (Another of the common names for this species is the Slimy Milkcap). 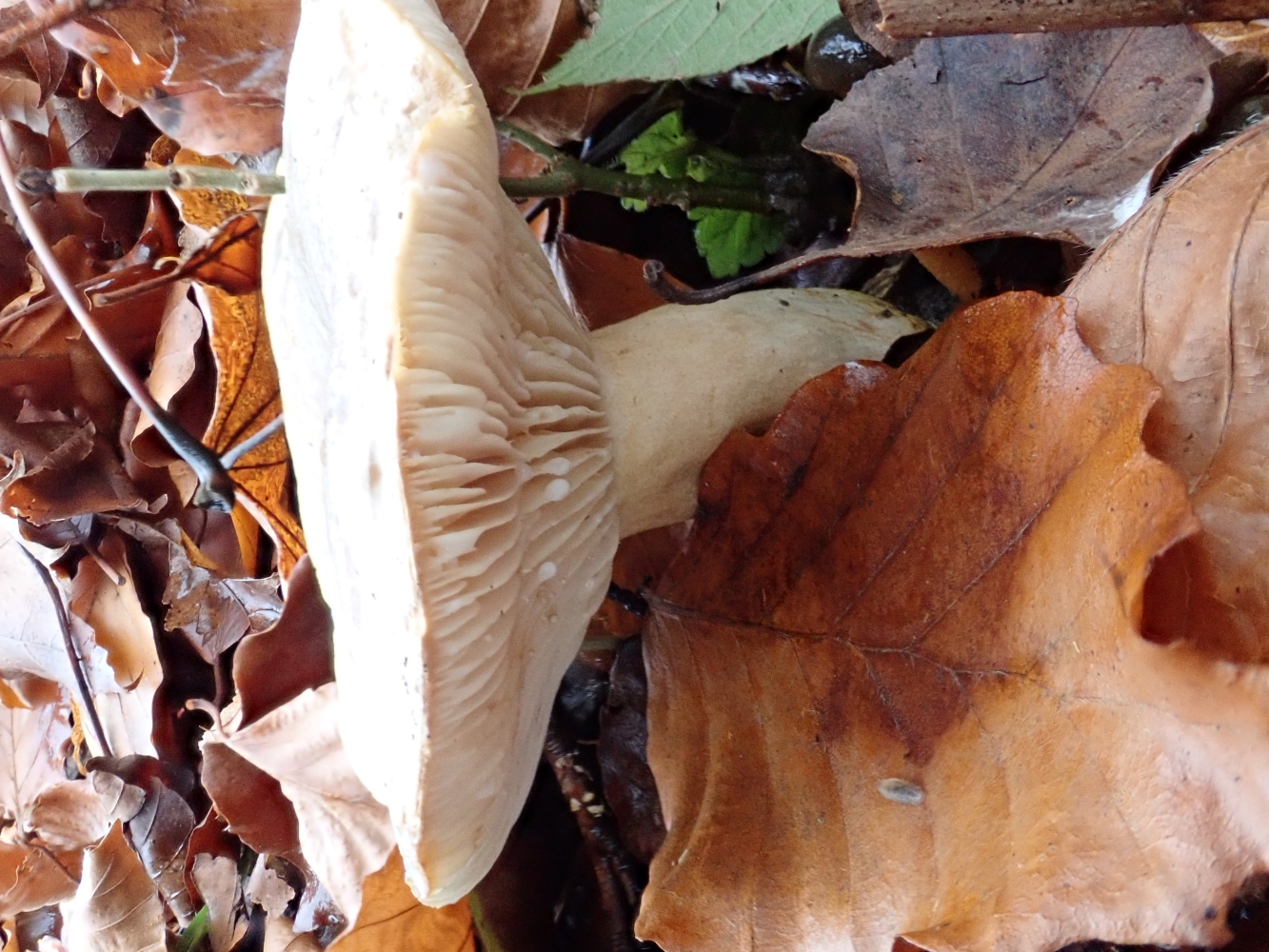 Beech Woodwart Hypoxylon fragiforme also grows on dead wood. The fruiting bodies are bright salmon pink at first becoming brick red and later blackening, with a finely warted surface. It is important to know the that this fungus was found on Beech to distinguish it from similar species such as Birch Woodwart. 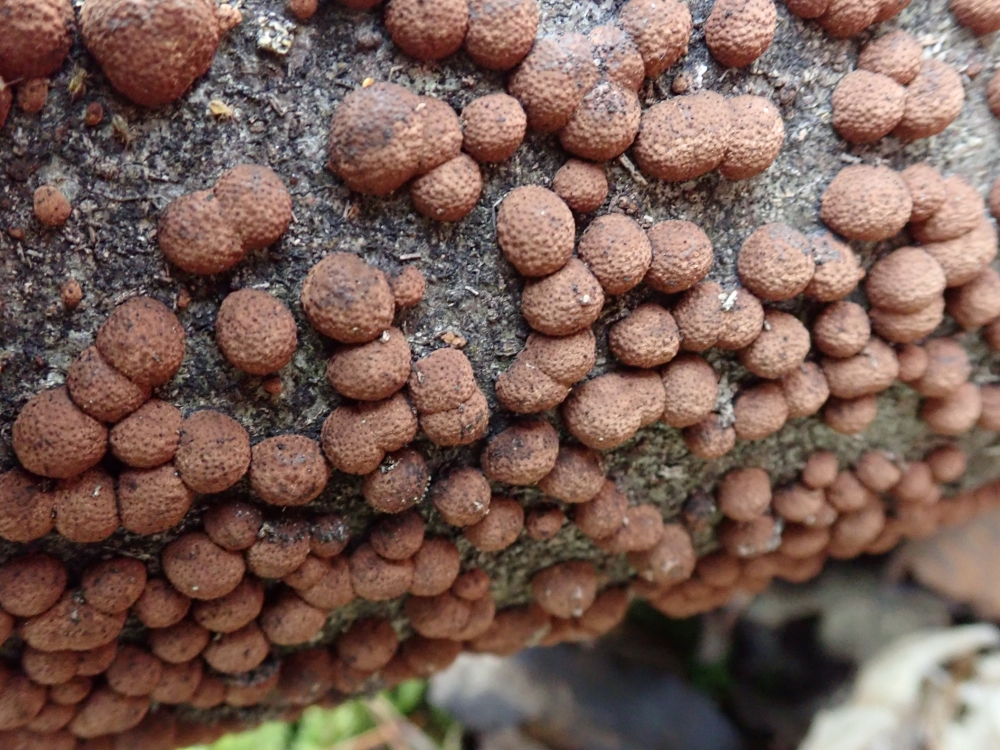 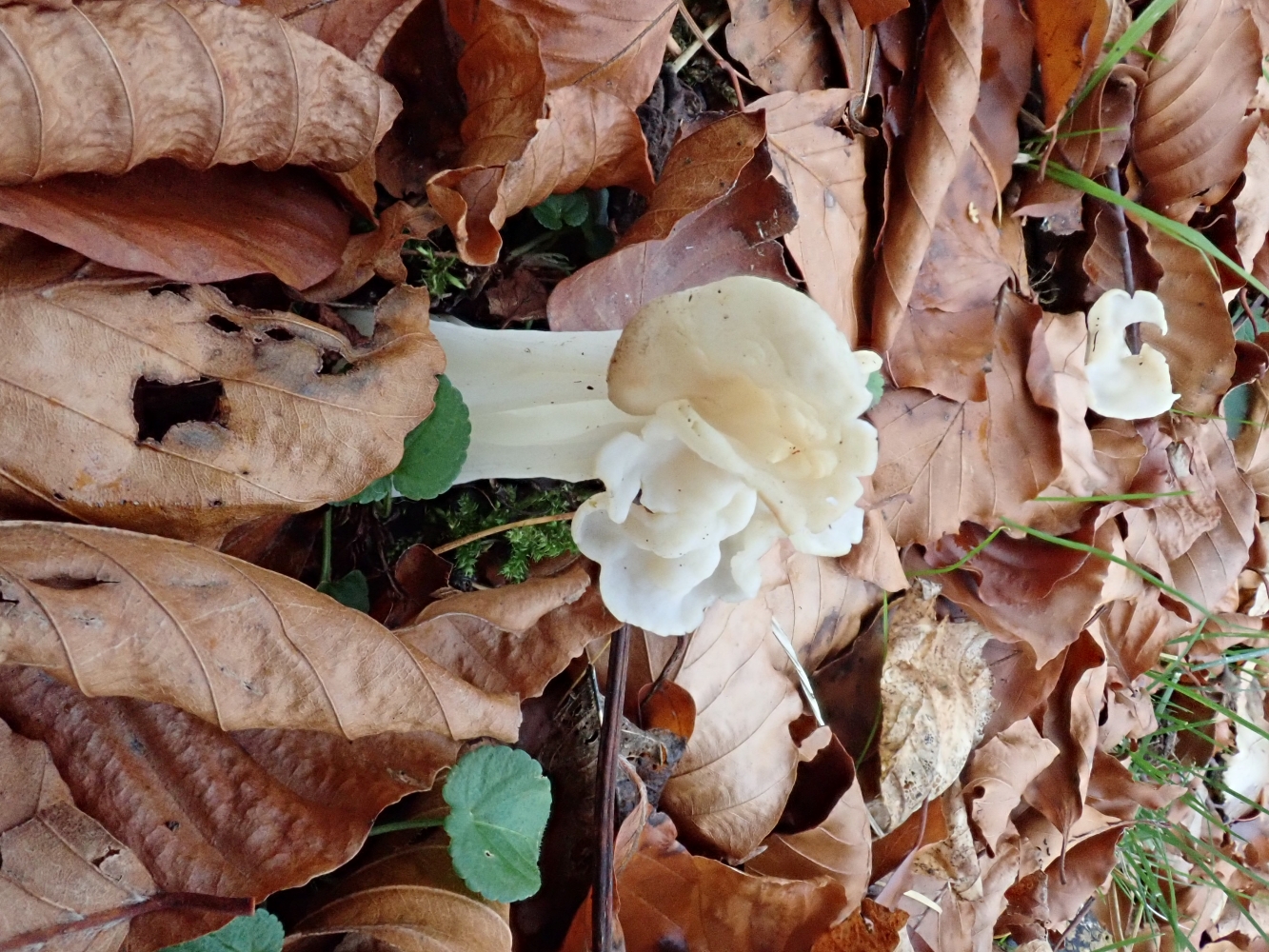 Laccaria laccata  is called the Deceiver because it looks like many other small fungi and can be various hues and colours. Its habitat is mixed wood and heathland, parks and paths. At Foxglove, it too can be found below Beech trees. 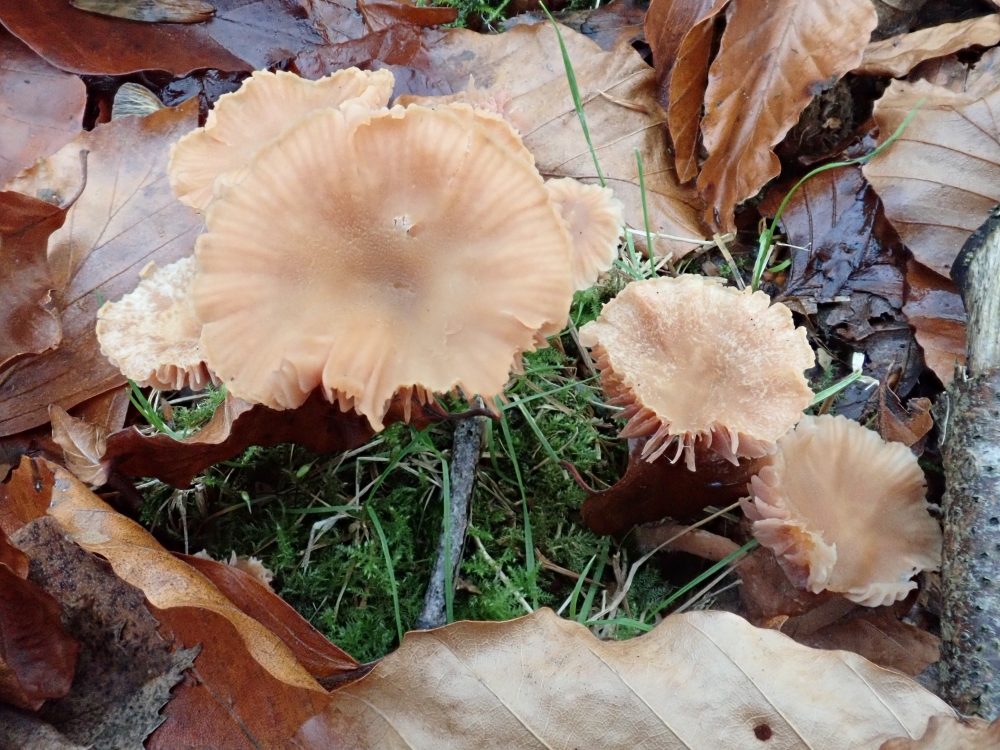 This Alder Bracket Inonotus radiatus was on an Alder near Risedale Beck. It is apricot to rusty brown coloured with slightly sunken reddish droplets near the margin when young, becoming browner, and eventually almost black with age. 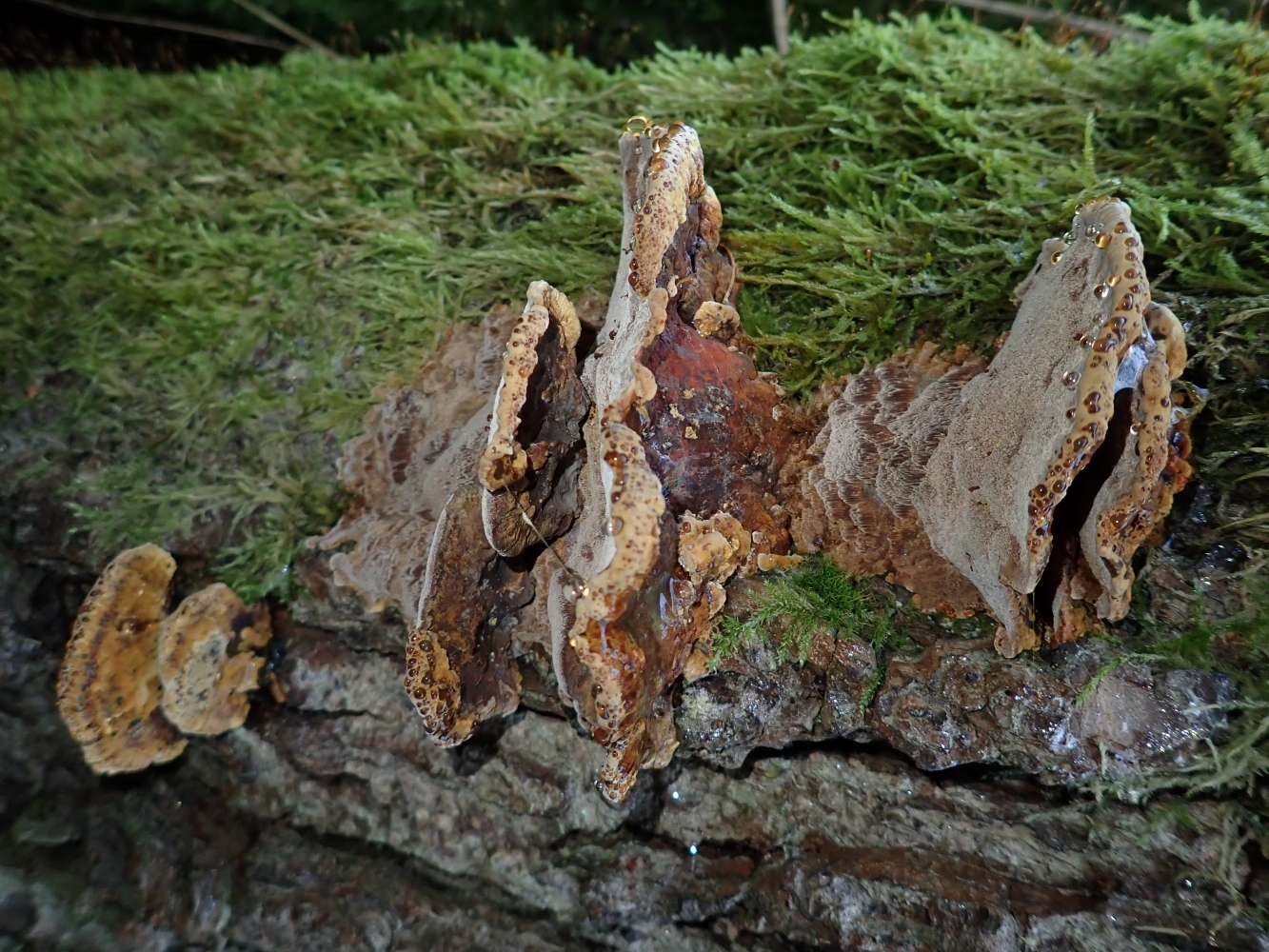 Wrinkled Club Clavulina rugosa is a common and widespread fungi, often found alongside woodland paths. At Foxglove look out for it in the Sitka Spruce plantation on the way to the wetland hide.

Jellybaby Leotia lubrica are also associated with conifer woodand and despite their name they are inedible!

Thank you to the team of species recording volunteers for identifying these magnificent fungi and special thanks to Chris Meek for sharing these detailed photographs.