After a mild night several moths were waiting in the light trap as we arrived at Foxglove.  Five species in all were seen this morning, including The Sprawler, Mottled and Scarce Umber. 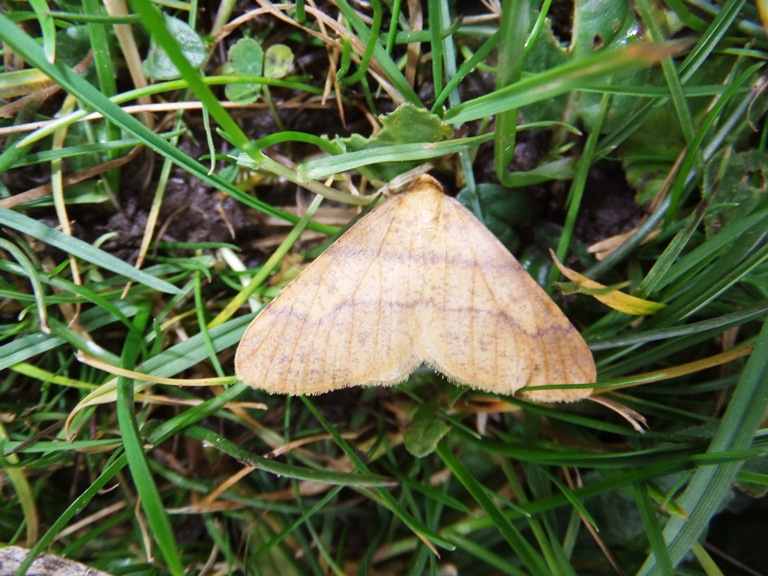 Scarce Umber, despite its name, is a resident and common species found most abundantly in the south of England though well distributed through the country to lowland Scotland.  The example seen here is a male; the female is flightless and dark brown, with obvious wing stumps usually with two dark bands on each. 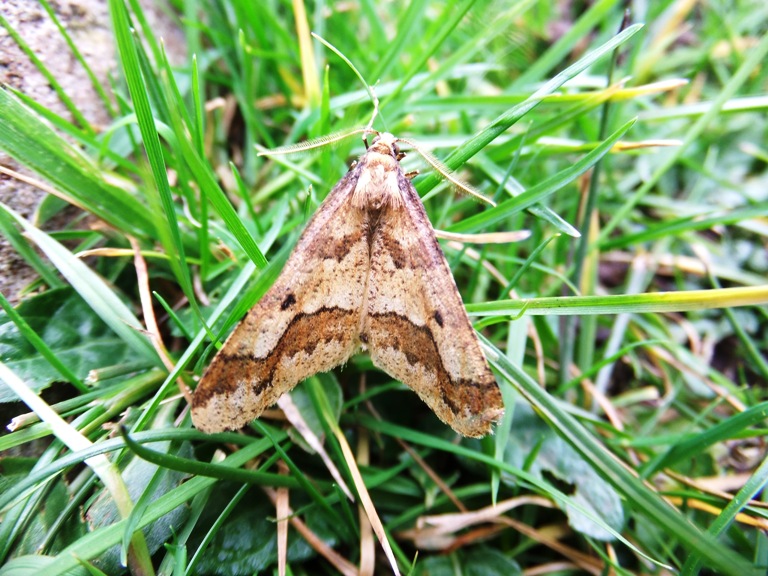 Mottled Umber was also found and is recognisable by the inner and outer cross bands on the wing with a central dark spot.  The female of this species is flightless too, with minute wings barely visible to the naked eye. 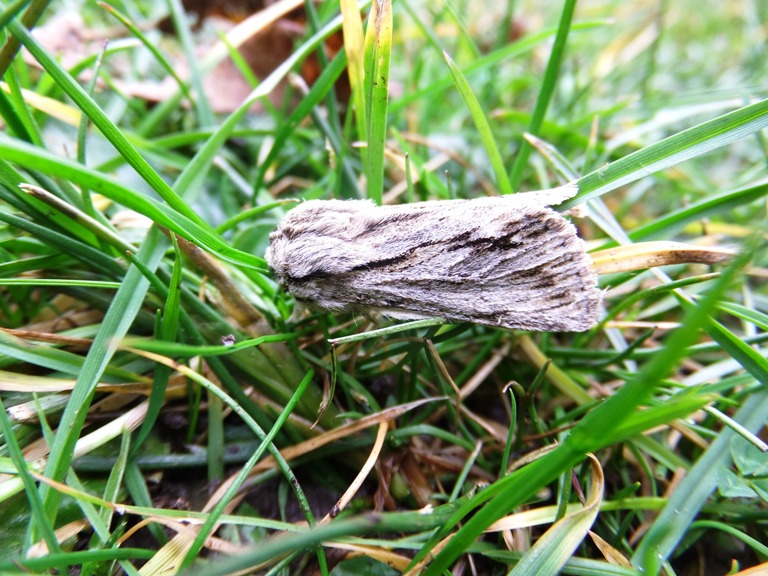 The Sprawler is unmistakable, with its stout furry thorax, streaky pattern and late flight period between October and December. 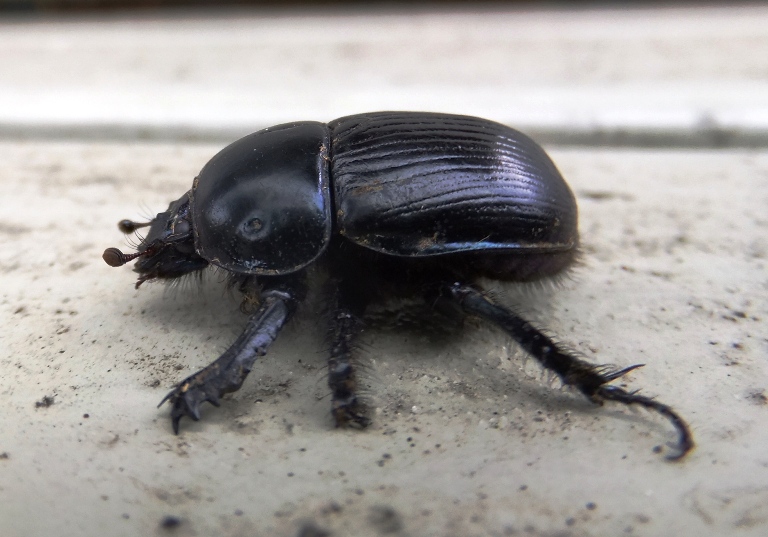 While clearing the moorland path Colin came across this Dor Beetle, the underside of which is a beautiful metallic green.  These beetles are found mainly on cow dung, where they dig shafts below to bury the dung for breeding.

Another notable sighting was Waxwing feeding on berries over the past couple of days.