It was changing of the moth guard yesterday morning.  We had several moths that were the first of the season.  Brimstone Moth, Brown Silverline, Grey Birch and Spruce Carpet to name a few,  with no photos as they all flew away, as soon as they were released from their pots!  We did manage to photograph a Pale Tussock Moth.  Being very scientific this moth is lovely and furry and when it walks off your finger it is like velcro peeling off, very gently. 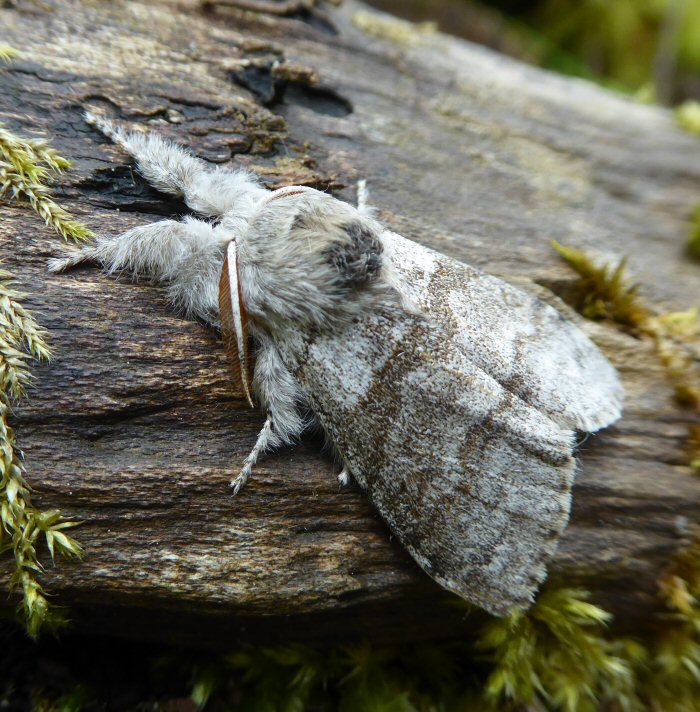 Scalloped Hazel half co-operated but it does have a bright red leaf of Herb Robert almost in the way.  When we moved the offending leaf, the moth did not approve and disappeared under a log! 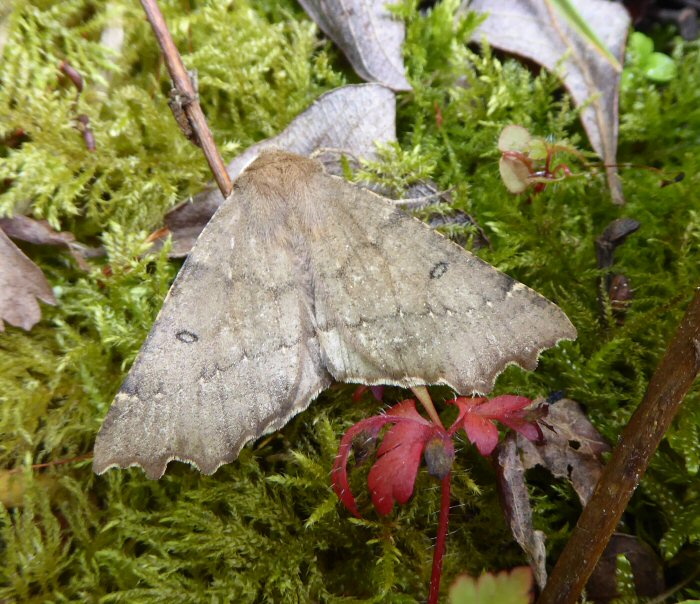 There were 82 moths of 27 species, most of which were found on the sheet, around the trap and on the Field Centre wall.  Thanks to Pauline and Jenny for help with ID.

The flower walk this morning followed Risedale Beck, past the heath, along Dog Daisy Avenue, through the Scrapes and back to the Field Centre  via the Lake.  Bluebells, Primroses, Wood Sorrel, Greater Stitchwort, Crosswort and Wild Garlic were all seen.   Continued examination of Cuckoo Flowers revealed an Orange Tip Butterfly egg on a dew covered flower stem. 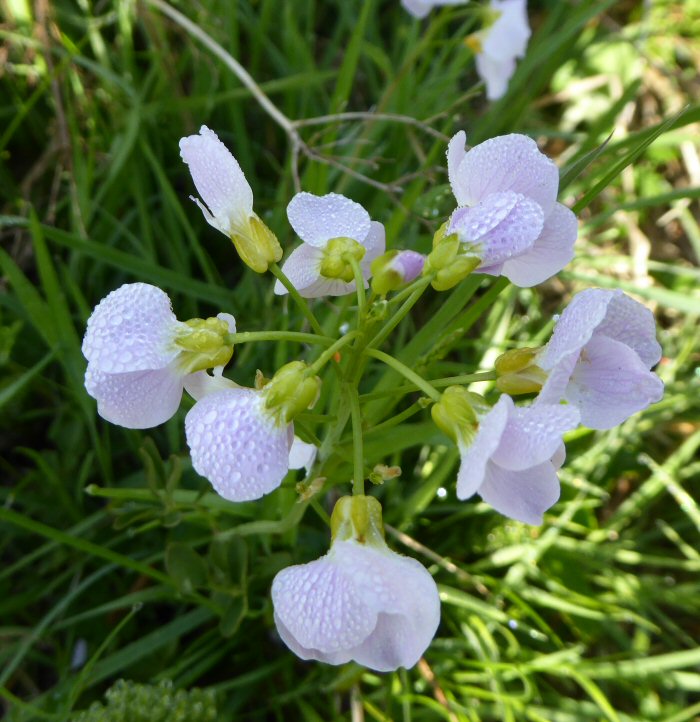 Marsh Valerian is doing really well.  Stamens and stigmas are produced on separate flowers and I was amazed to see that two flowers that I photographed, next to each other, that one was male the other female. You can see the pollen grains covering the stamens. 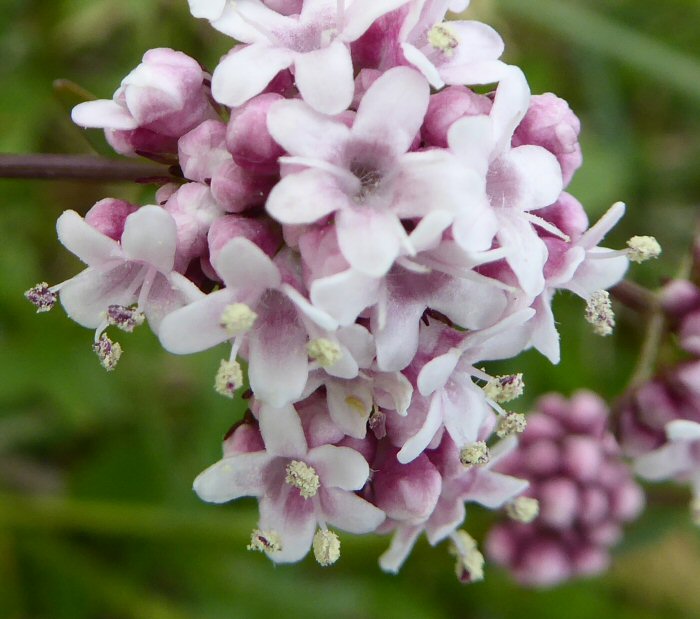 The female flower has the stigma inside the tiny petals.

Later this afternoon a single flower of Mealy Primrose was noted. 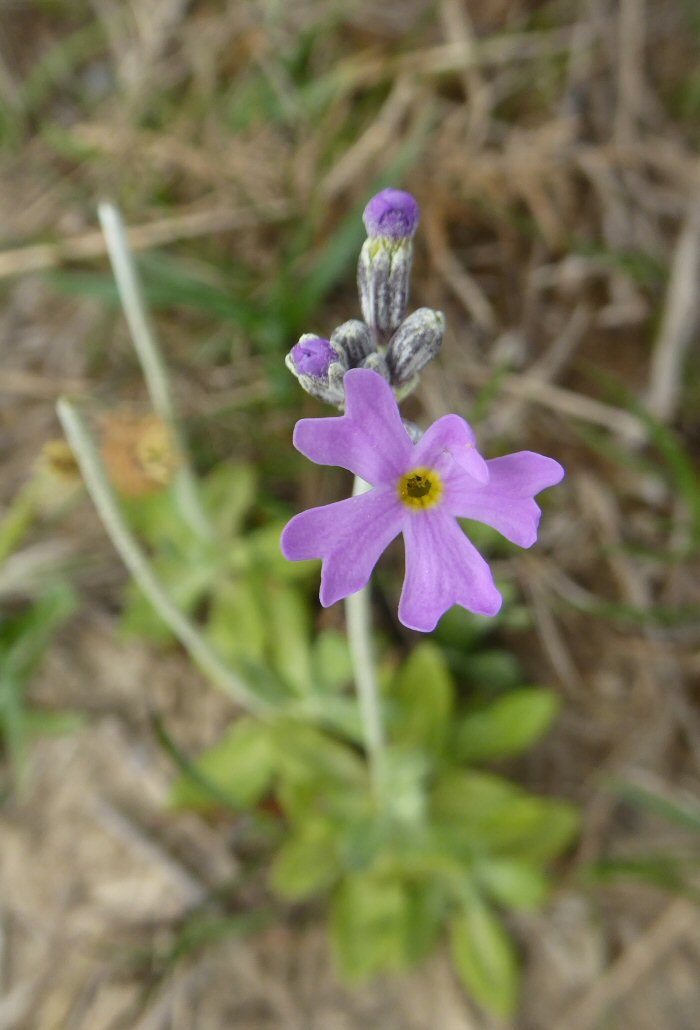 For several years I have been disappointed not to find a male Juniper tree, often getting excited, only to find that it was a new leaf.  However not only did we find one, it was releasing its white pollen. 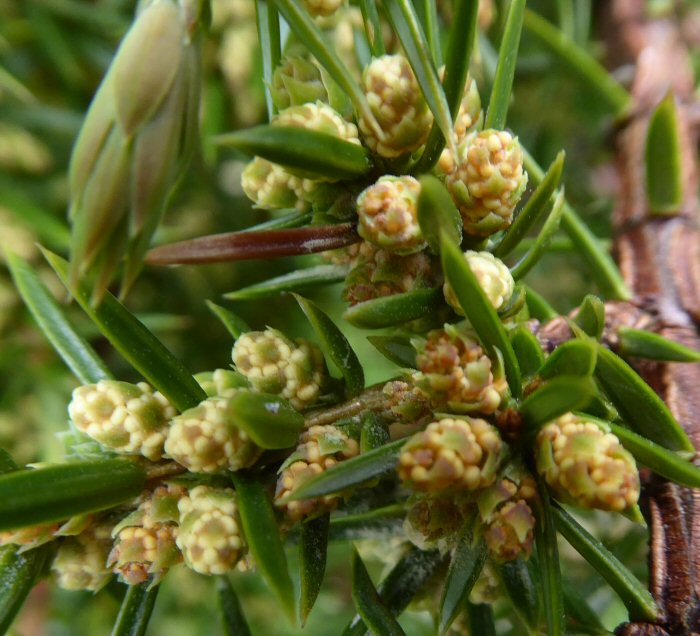 Further examination of the tree revealed lots of tiny spiders and some greenfly or aphids to give them their correct name.  Back to the internet to find that these aphids were Juniper Aphids and a new species for the species list. 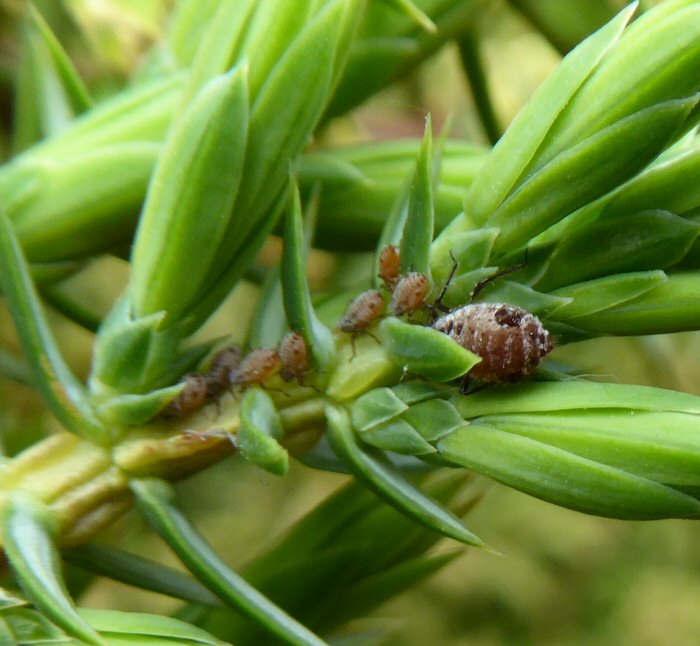 From tiny to almost large, these owlets were ringed last night.  You can see the difference in size, from the oldest to the youngest. 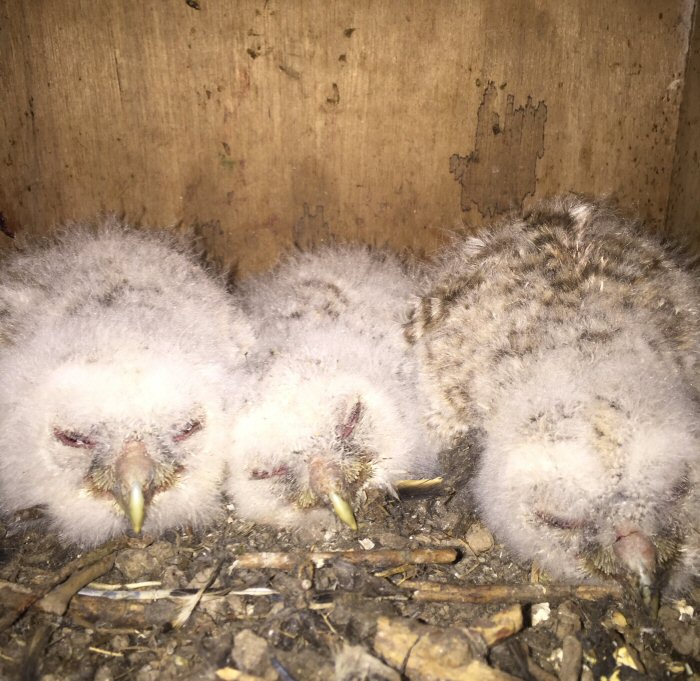 Many thanks to the volunteers who are out checking nest boxes, ID'ing species and repairing steps, paths and bridges.  Your help is always appreciated.