A new flower was added to the species list last week; Great Mullein. Just a single one was found along the access road not far from the Field Centre. The yellow, candle-like flower spikes of this impressive flower can reach up to 2m in height. It prefers dry and grassy ground, including gardens, waste ground and roadside verges. It is a biennial, spending its first year as a rosette of furry leaves, and producing its flowers in its second year, between June and August. 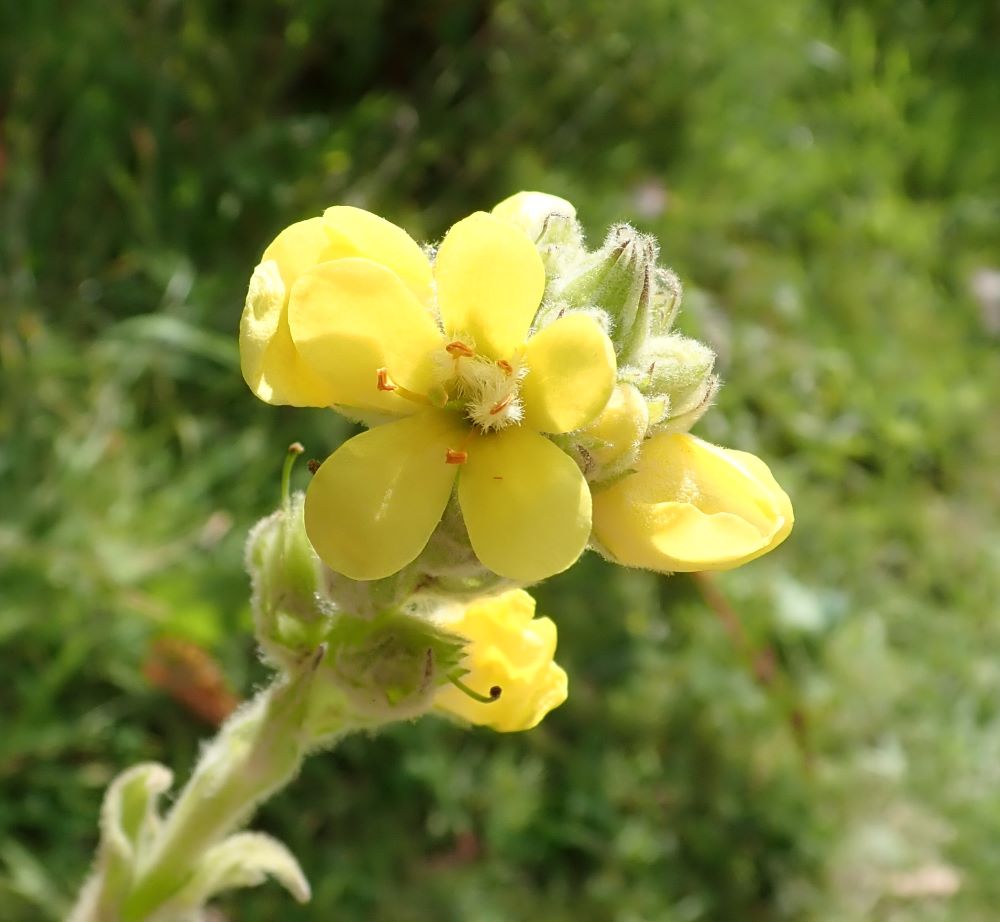 As if by coincidence, visitors photographed a Mullein Moth caterpillar in the same week. The larval foodplants of this moth include wild and cultivated mulleins, Common Figwort (pictured here), Water Figwort and buddleias. 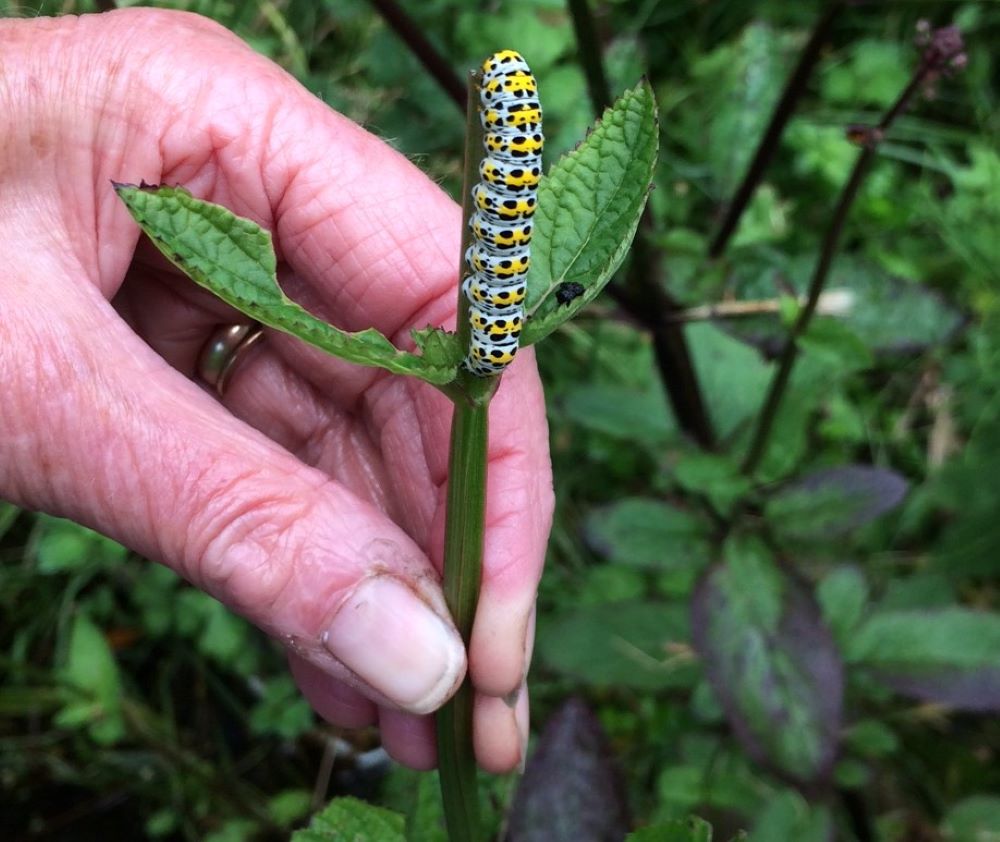 The moth recorders had another good catch, a highlight was this Antler Moth with its diagnostic cream antler like mark. This moth is on the wing from mid July to mid September, it is attracted to light during the night but also flies during the day. 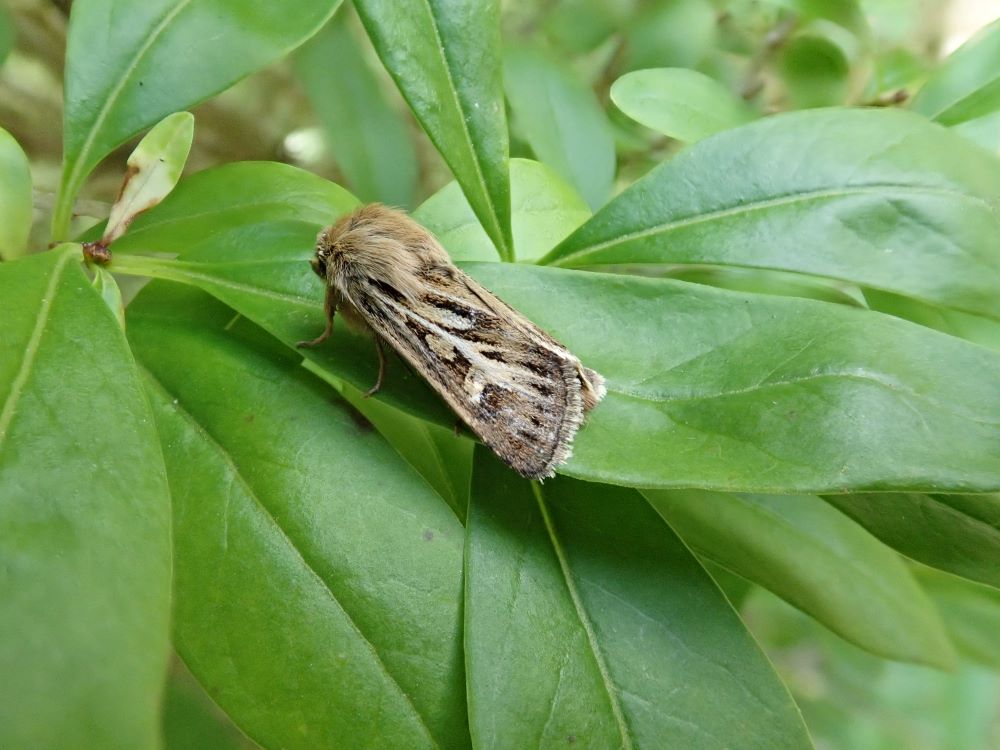 Early Thorn is another distinctive species; the resting position of this moth distinguishes it from all other British thorns, with wings held back and close together, similar to a butterfly. The caterpillars feed on a variety of deciduous trees, including Blackthorn (Prunus spinosa), Hawthorn (Crataegus), Hazel (Corylus), Silver Birch (Betula pendula), Alder (Alnus) and Sallows (Salix) all of which are abundant at Foxglove! 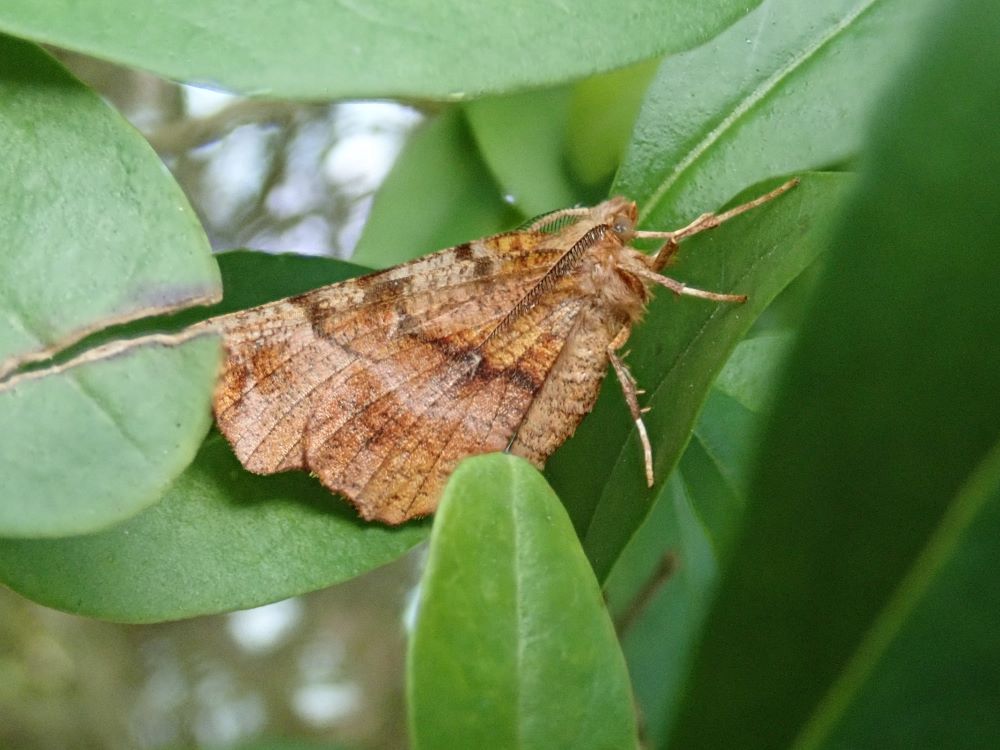