The Dales School students enjoyed the sunny weather today.  Whilst they were orienteering they were interested to watch some of the volunteers finishing off one of the tasks from yesterday. 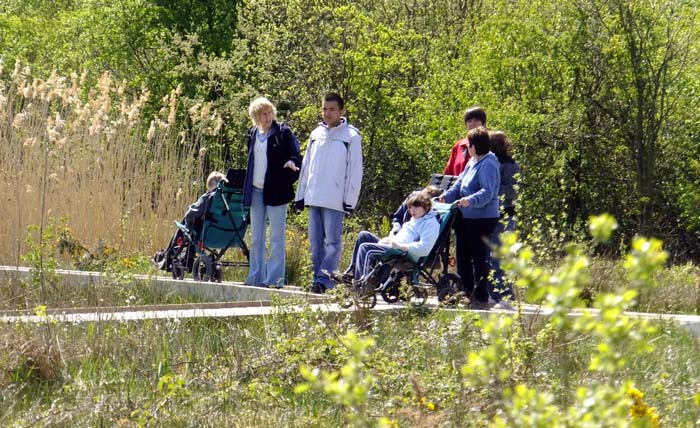 We have two new species which have been found in the last few days.  Last week this Glaucous Shears was caught in our moth trap. 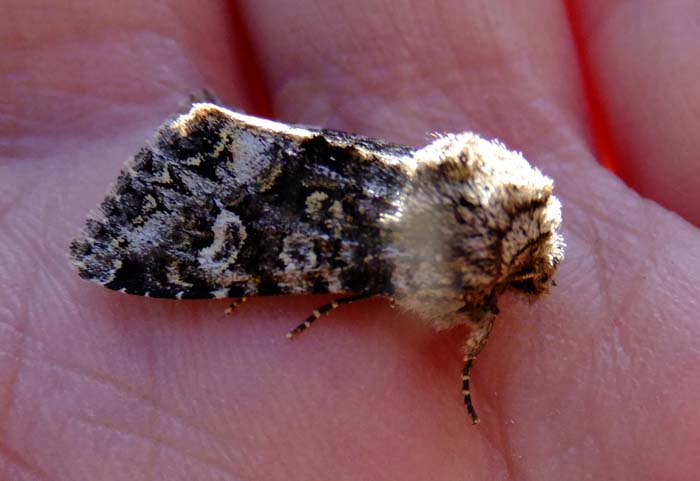 It is unusual in the fact of having quite a pale head.  It is the first time this species has been recorded at Foxglove Covert.

Today, whilst installing the new steps in the scrapes, this little ladybird was found.  It is noticeably different in pattern and, on checking our Ladybird key we found it to be Coccinella hieroglyphica (f. typica).  Commonly known as the Hieroglyphic Ladybird, this lives in Heather heatland and, although it is widespread, it is in decline. 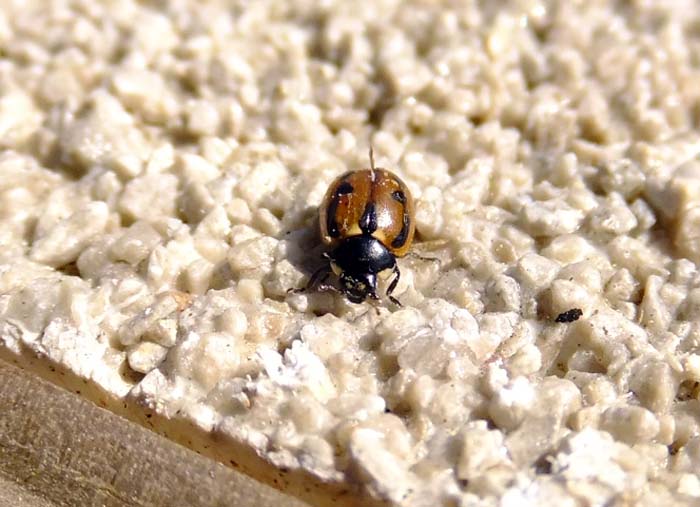 This brings our total number of species to 2055 and rising!