There have been lots of people here at Foxglove today. The North East Fungal Study Group brought eighteen people for a walk around to discover spring fungi. Among their finds were such delights as King Alfred's Cakes, Turkey Tails, Blushing Bracket and Artist's Fungus. 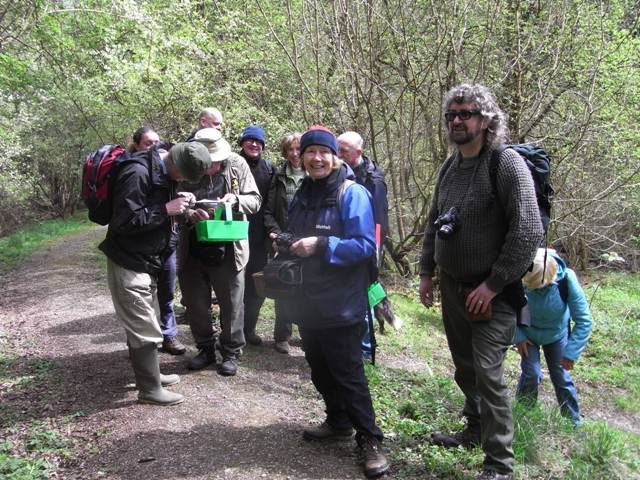 The find of the day for them was however two examples of Mitrophora semilibera, which is an edible morel type mushroom. This was found next to one of the bridges on Risedale beck.

This picture is of a slime mould called Reticularia lycoperdon. It had a nacreous white skin under which were chocolate brown spores. 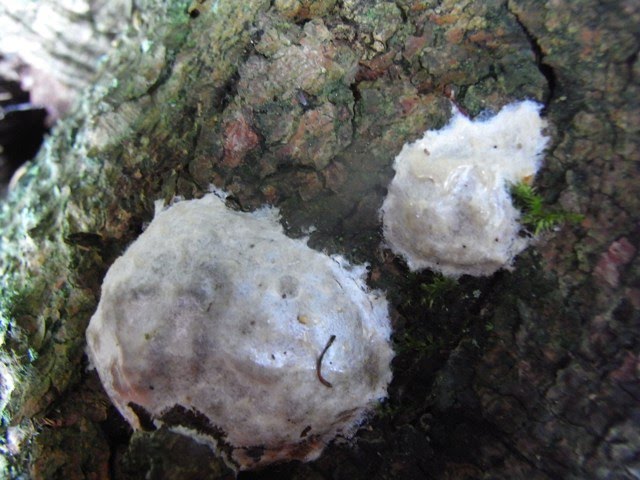 Tom and Paul, helped by Raymond and Emma, checked around ninety nest boxes. They found that there were clutches of nine to ten eggs in some of them. They were mostly Bluetit, Great Tit and Coal Tit. Remember, if you have sponsored a nest box here you have a chance to visit it next week, when Tom will be taking a walk around them. Please ring or e-mail your box number and book a place if you would like to be included.