CES 11 was finally held yesterday.  One more to go!  It had been planned for Saturday but the forecast was for rain.  Sounds of rushing water along the becks met the ringers. The overnight heavy rain had left its mark down the slope to Risedale Beck. 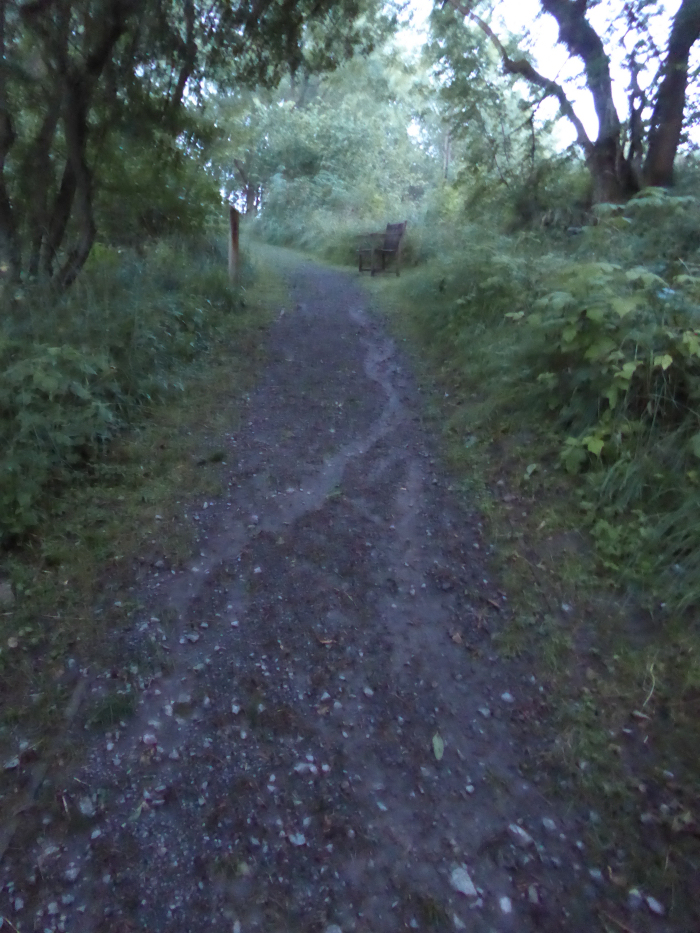 Droplets of water covered the vegetation and spiders webs but the sun rose and day was perfect for ringing. 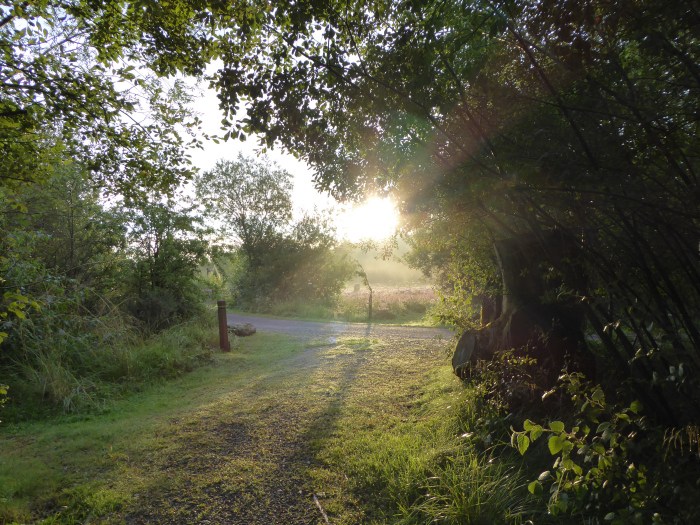 As there was no wind the net was raised across the weir and almost immediately a juvenuile Grey Wagtail was caught. 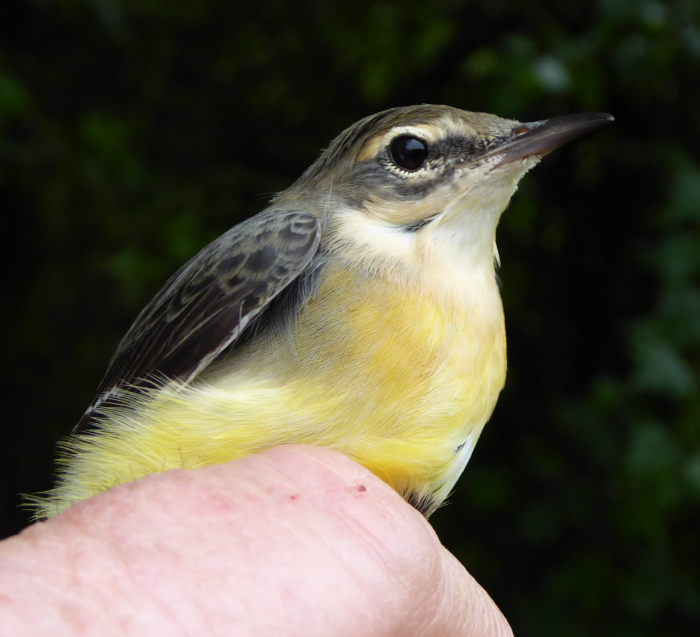 During the day there were several older birds processed including a Lotti (Long Tailed Tit) and Willow Warbler that were first ringed in 2013.  Both of these birds weigh less than 10g.   The Lotti braves our winters and the Willow Warbler heads south to return in the spring.  Chaffinches are returning to the back garden and 51 were recorded, including one ringed in 2008.

A Marsh Tit arrived and was checked and then excitement grew as we realised that this could be the bird that made the headlines earlier in the year.  We did not take photographs then but that was rectified!  It was initially ringed on 10th July 2004.  An amazing age for such a small bird. 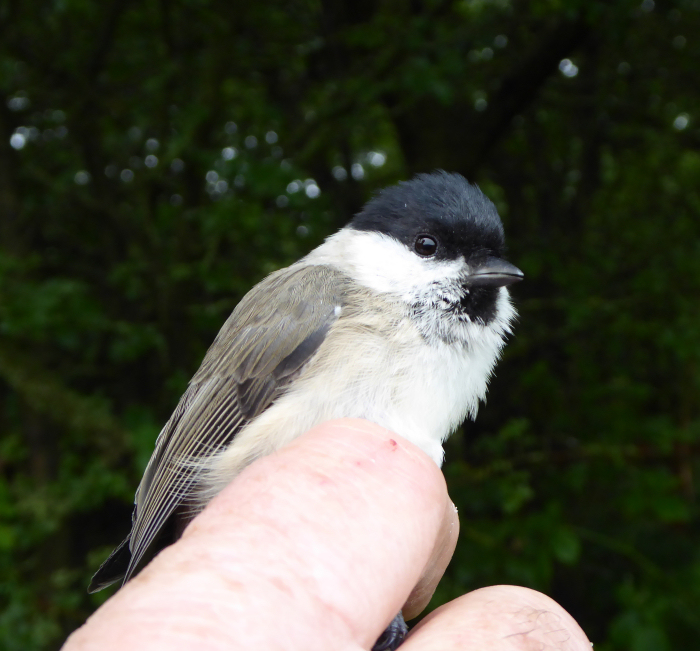 It is very difficult not to be anthropomorphic when looking at this photograph.  Don't I look good?  What is all the fuss about?  What are you looking at? 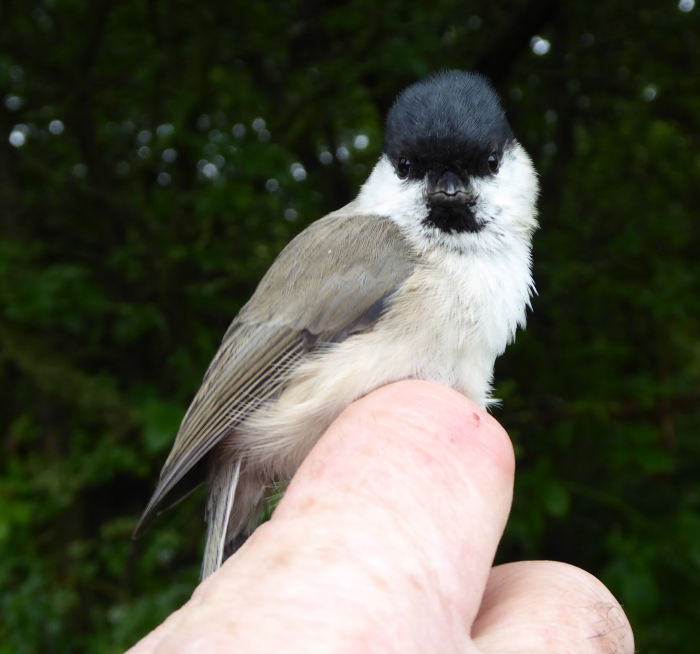 CES does not just happen, it takes organisation, including checking the weather, sending out emails, preparing net rides and filling feeders. 244 birds were eventually caught including 3 Kingfishers, 2 Spotted Flycatchers (unusually!), 8 Siskin - and Nuthatches, Treecreepers and Bullfinches.   The total of Blue Tits for the reserve moved above the 5000 mark and 27 different species were processed.  It was a long, busy day and the second highest total in 23 years for CES 11.  Many thanks go to everyone involved - after a 5.15 start it was 7pm when the Field Centre was finally closed!