With the bird breeding season well under way, members of the Swaledale Ringing Team are never bored! Some of the latest chicks to hatch out in the small nest boxes are the most interesting. Pied Flycatchers are summer visitors that winter in West Africa. They choose to nest in mature Oak woodland and will often make their home in a nestbox. This adult male was observed catching moths and returning to a box to feed them to its young. 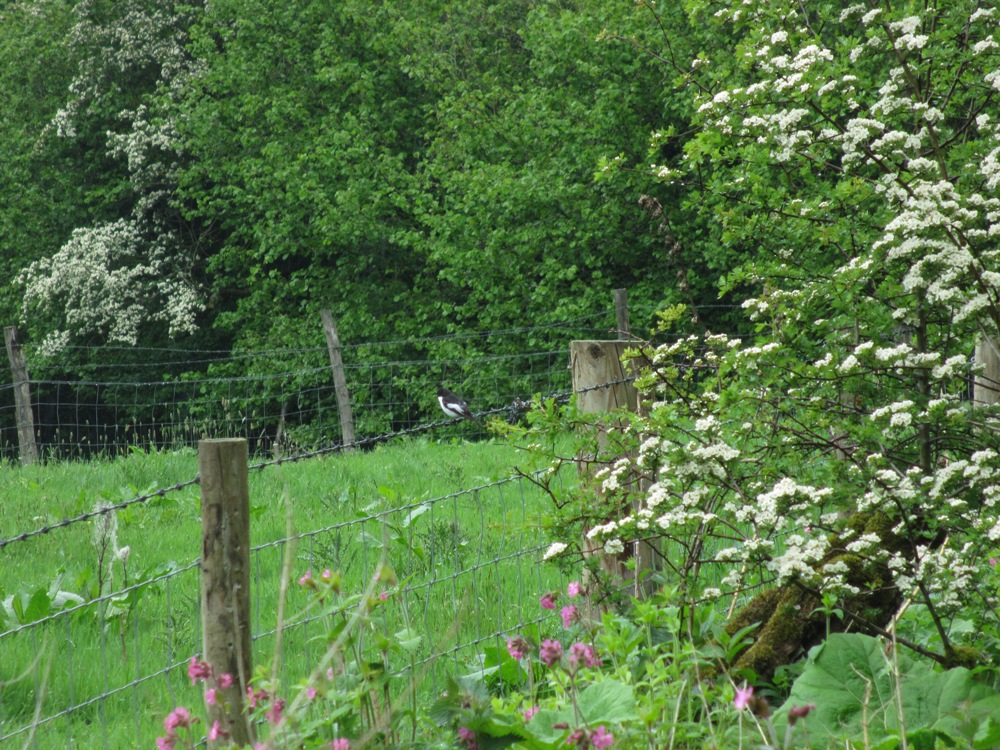 The chicks, which appeared on an earlier blog as blue eggs, were just the right size to be ringed. They all appeared to be fit and healthy. 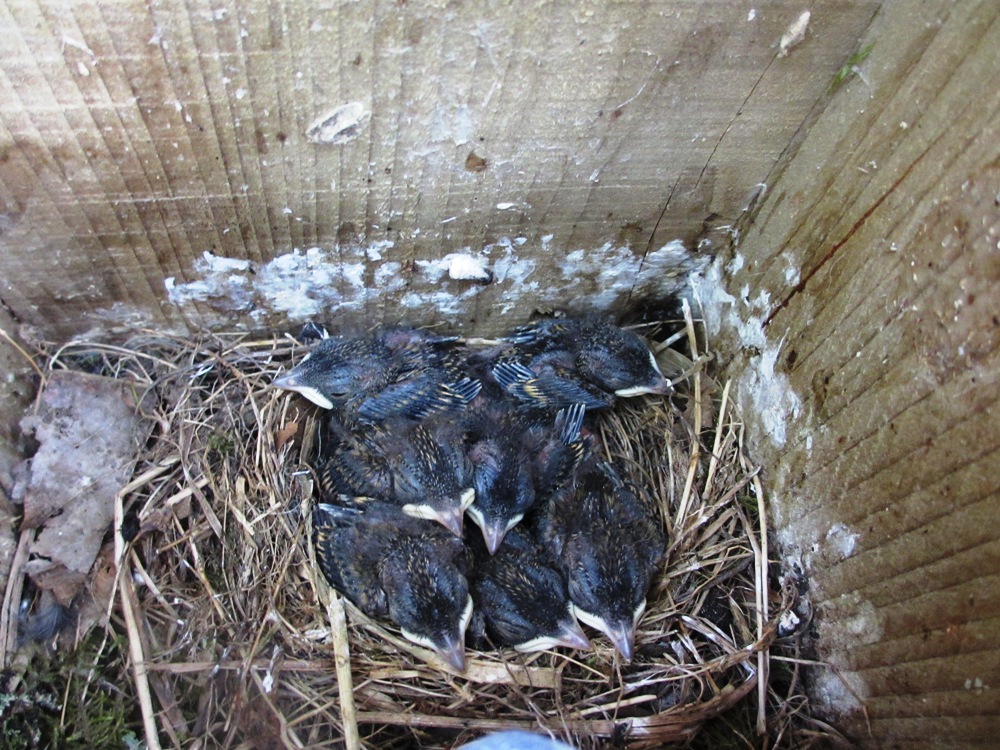 Out on the moor, many waders have had their chicks too. Recently, the first Golden Plover chicks of the year were ringed. These are extremely difficult to spot as they are so well camouflaged that they look just like a piece of Sphagnum Moss. It is hoped that they will survive the torrential rainfall and unusually cool night time temperatures for the time of year. 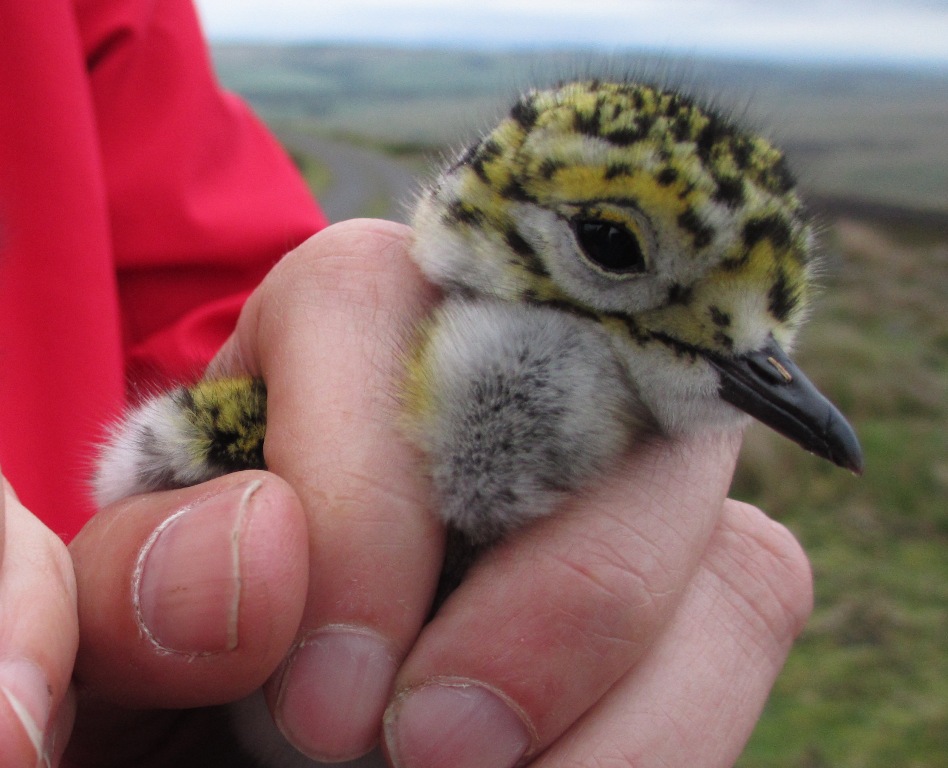 The team are privileged to monitor Peregrine Falcon nests too. In this one, only one chick was found and it was well developed, perhaps being an 'only child' has its benefits in the raptor world! The dark primary feathers were well formed and it won't be long before this bird can fly. 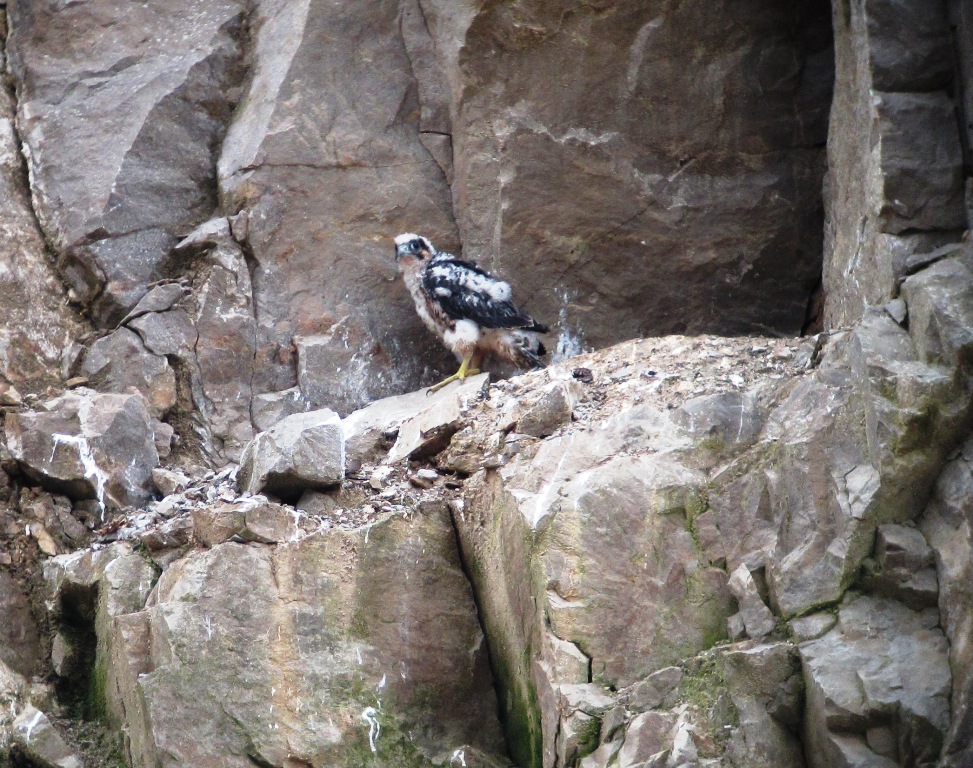 In another nest, two healthy chicks were discovered, These were much younger and were just the perfect age to be ringed. Here is one of them having been returned to the nest safely. You can just make out the metal BTO (British Trust for Ornithology) ring on its right leg. They are also fitted with orange plastic rings that have black letters on them on the left leg. This enables the individuals to be identified by a bird watcher through a telescope. 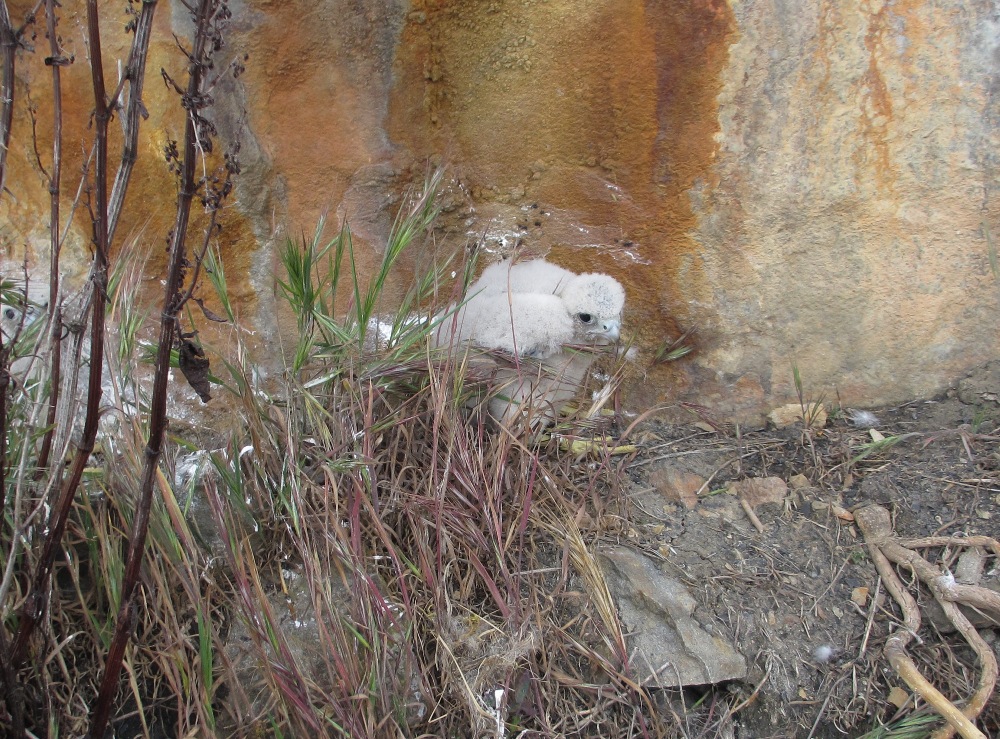