The first couple of hours this morning were bleak but dry. There had obviously been a lot of rain in the night from the amount of water comimg over the dam on the lake. 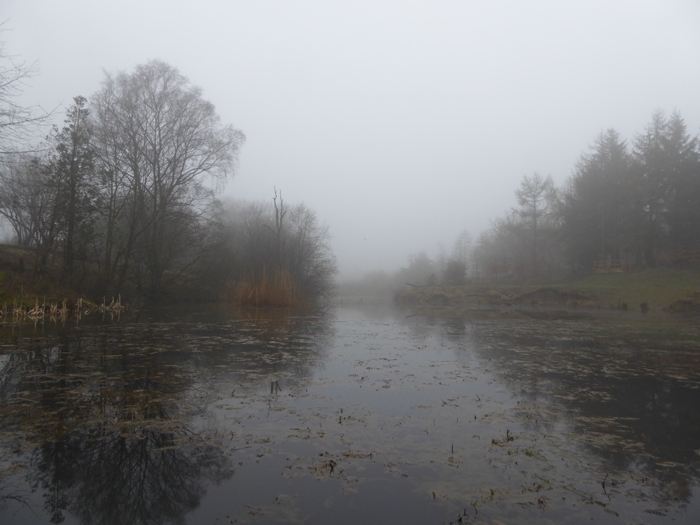 With the hardy Tuesday volunteers I ventured out cutting back encroaching bramble and hawthorn from around the CES net rides, plus a few other non CES net rides. The mist nets are made from fine thread, and if they get caught on a branch or trailing bramble there is potential damage to the expensive net, as well as frustratingly having to untangle the said net.

The Constant Effort Sites (CES) scheme is the first national standardised ringing programme within the BTO Ringing Scheme and has been running since 1983. Ringers operate the same nets in the same locations over the same time period at regular intervals through the breeding season at over 130 sites throughout Britain and Ireland, we are just one of those sites, and have been operating the CES for over 20 years, gaining important bird data for the BTO.

Dales School attended the site braving the weather and assisting with changing the water in the tadpole tanks, as well as going on a tour of the hides.

With only two volunteers left after lunch we were able to get a few pot holes filled, before finally they too left me to the dry confines of the Field Centre office where I dried out and caught up on office jobs.

Marsh Marigold or Kingcup on the Scrapes seems very fitting for a day like today, the entire site feels like a marsh.

The rain started about 11, but did not let up at all, and is still falling steadily as the light is dimming over Foxglove Covert LNR.

Thank you to all that attended today.