Ringing can't take place when it is wet and or windy so it was good that the forecast for today showed neither of these.  The reserve was noisy as the bird ringers arrived.  Birds were singing and the Greylag Geese were having loud conversations!  Eventually there appeared to be only two left on the lake and the Mallards had decided to sit on the bank, out of the way.

Although the morning was dull there were patches of blue sky.  The Scrapes is just beginning to show some spring green, with leaves of Water Figwort, Yellow Flag Iris, Ground Ivy and Forget-me-not pushing through the old vegetation.  Even though winter is still holding its grip there are many subtle colours to be seen. 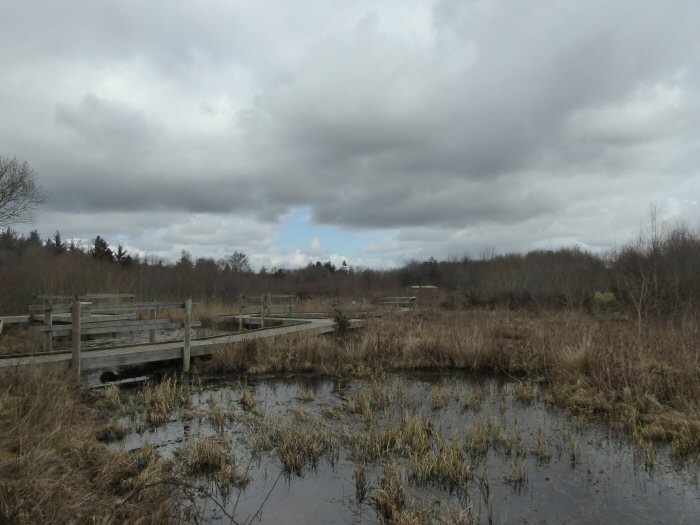 After rain overnight it was a time to photograph a water droplet, which takes you into another upside down little world.  Unseen, a spider must be hiding, as a strand of silk is attached right at the tip on the bud. 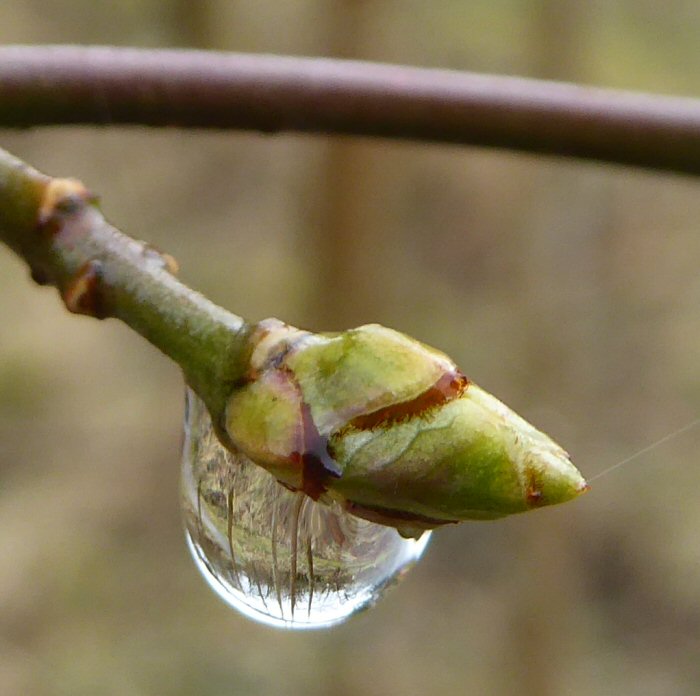 The 'wrong way up' shows the footpath, stems of willow and the grass. 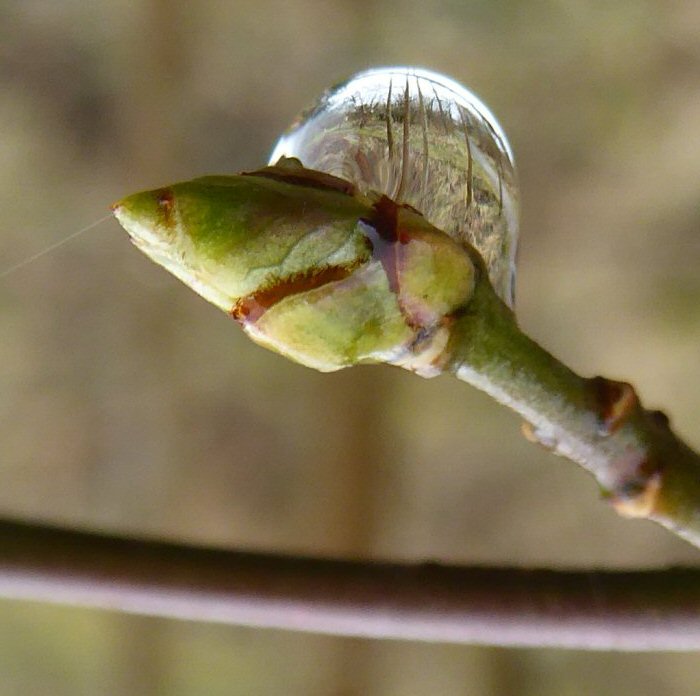 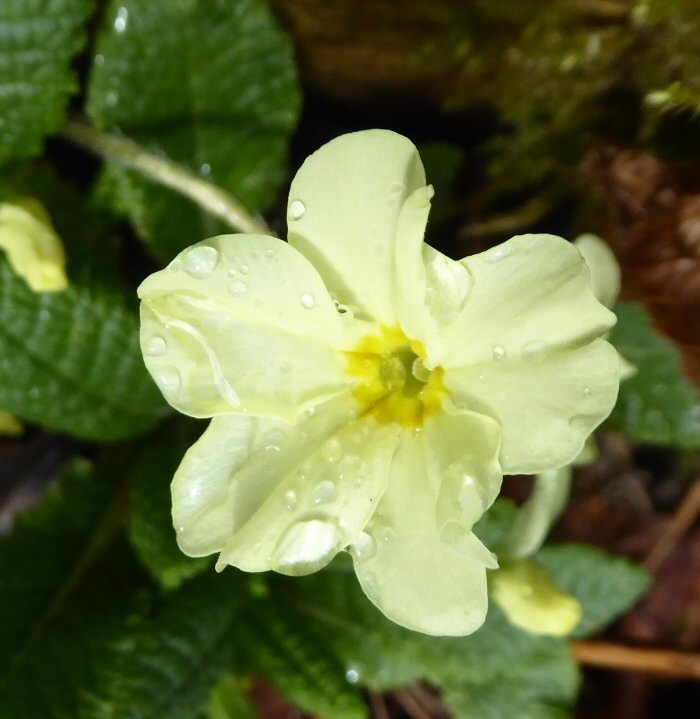 It was a busy day as old nets were replaced and the poles returned to the correct places after the work on the net rides.  There were over 130 birds processed.  As usual at this time of year most birds were retraps.  A Long-tailed Tit was ringed as an adult in 2015 making it at least 2 year old.  A Chaffinch was first ringed as a juvenile in October 2012.

Chaffinches are beginning to swell the numbers in the back garden and one caught today was, to say the least, fat.  Upon investigation it was found to have built up fat layers, so it was most likely heading back to the continent to breed. 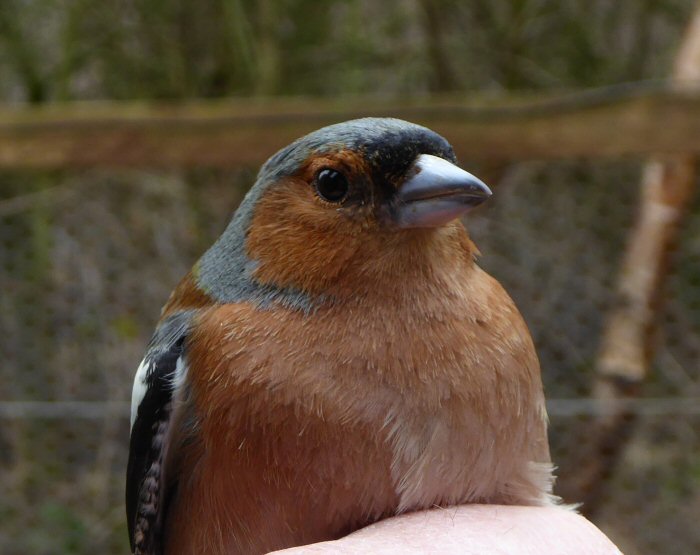 Bramblings are still being recorded but as yet no Chiffchaffs.  Coal Tits are flooding back into the reserve ready for the breeding season.

Thank you to everyone who helped today.