Lark and Taurus have been relaxing in the shade of their favourite Hawthorn tree during the past two days. 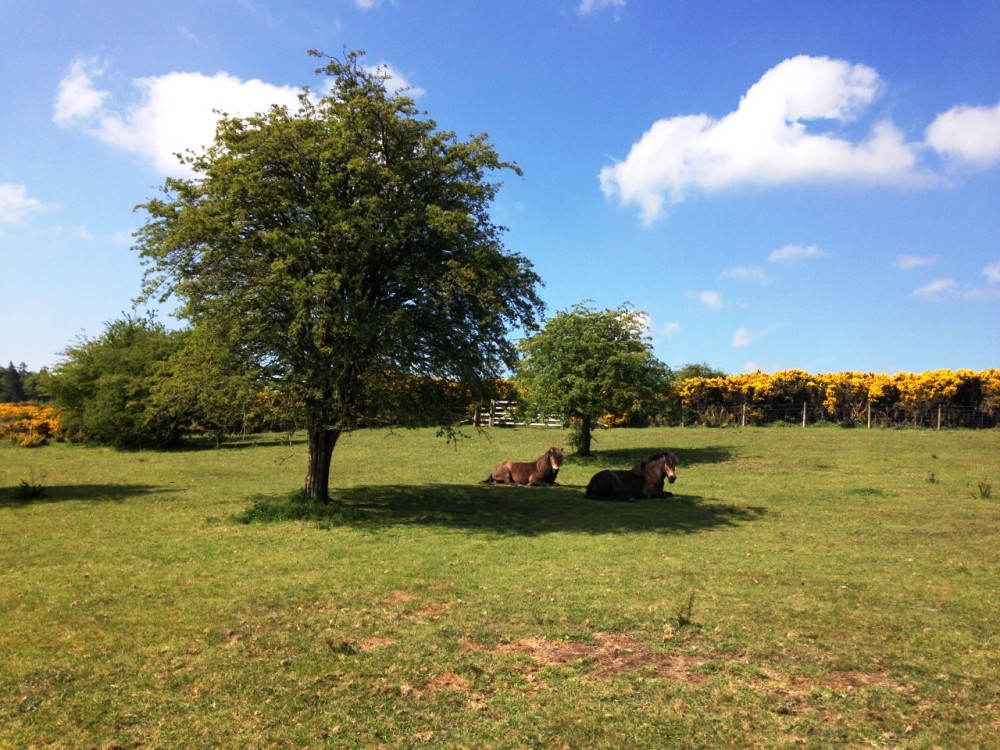 It's a tough life! A bit of paddling in between napping and grazing! 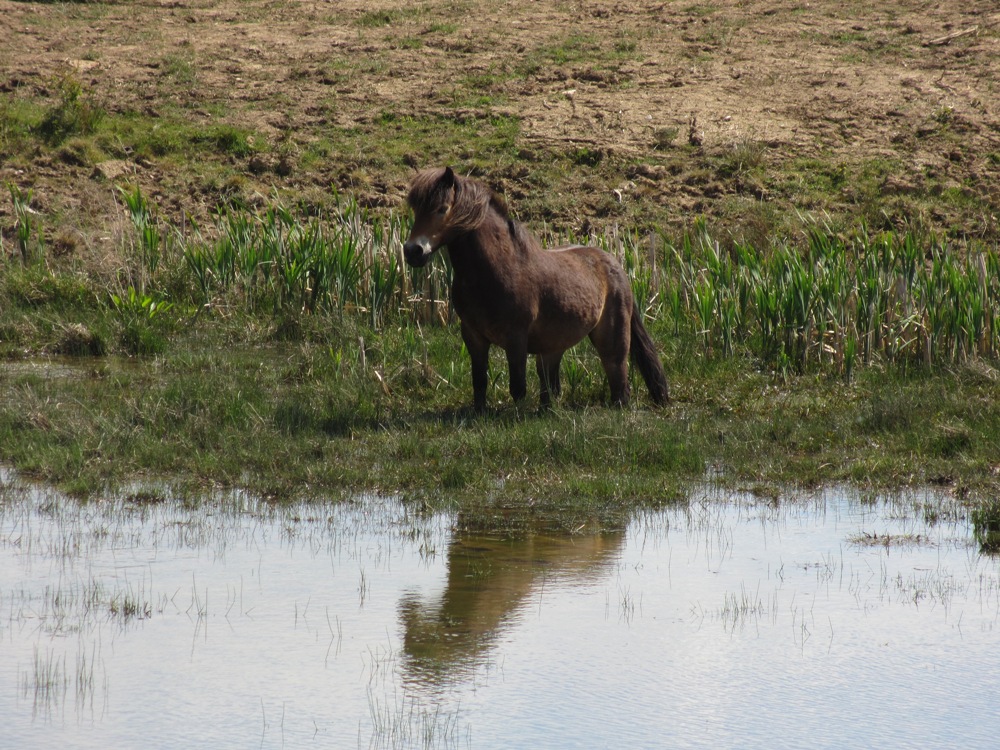 They have had company in Plover's Pool recently from a family of Lapwing with young chicks. Bird watchers also saw a young Tawny Owl in the woodland which had recently fledged. The pool of volunteers is ever growing and the skills and knowledge that people have are incredible. From identifying tracks in mink rafts to repairing owl boxes and caring for the classroom tadpoles! The toad tadpoles have started to grow their back legs and at this stage they are released back into the wild. 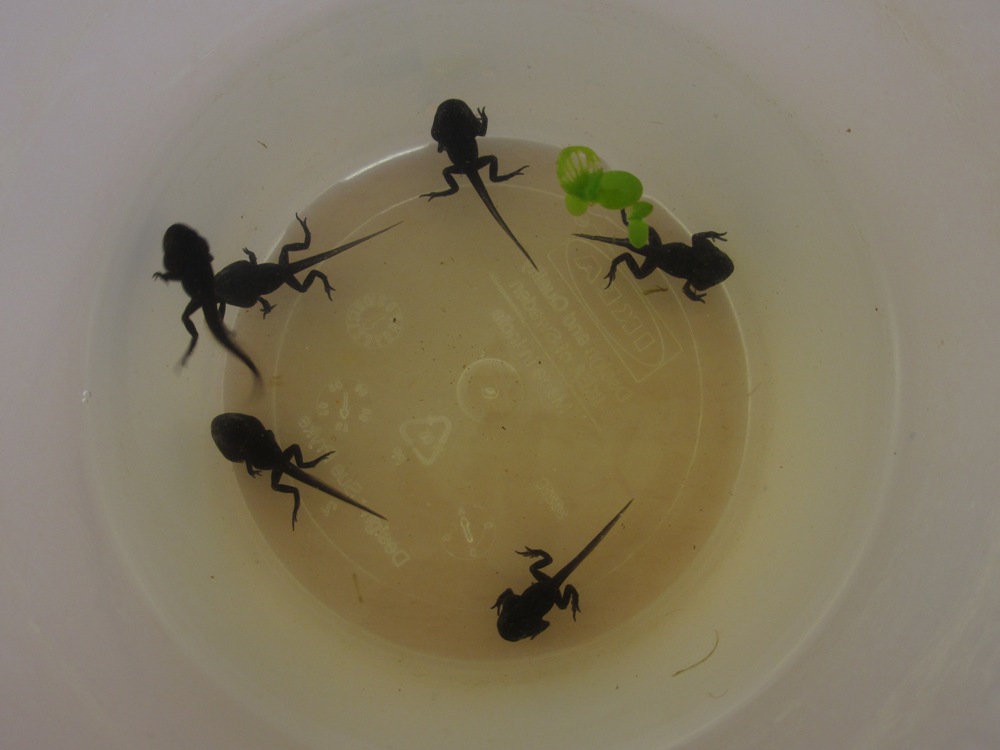 Oliver is now quite adept at catching the right ones! 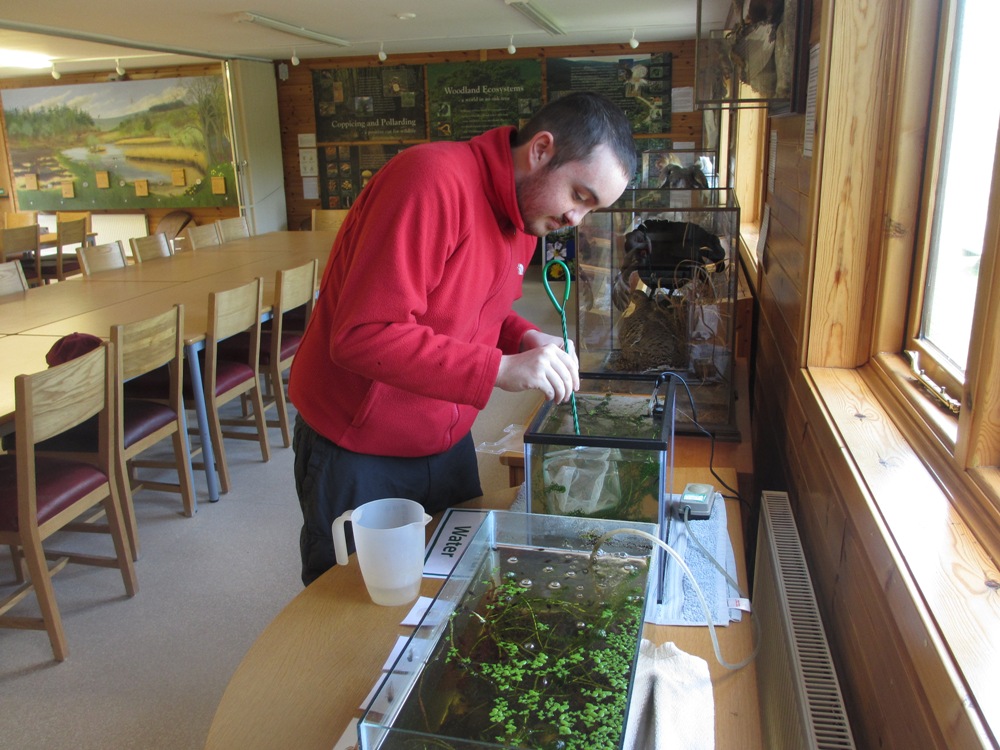 After a morning's work strimming and mowing, volunteers helped to monitor some of the large nest boxes on the reserve. Bob was lucky enough to hold this Barn Owl while the nest was checked. It was an adult female that had been ringed at Foxglove before. 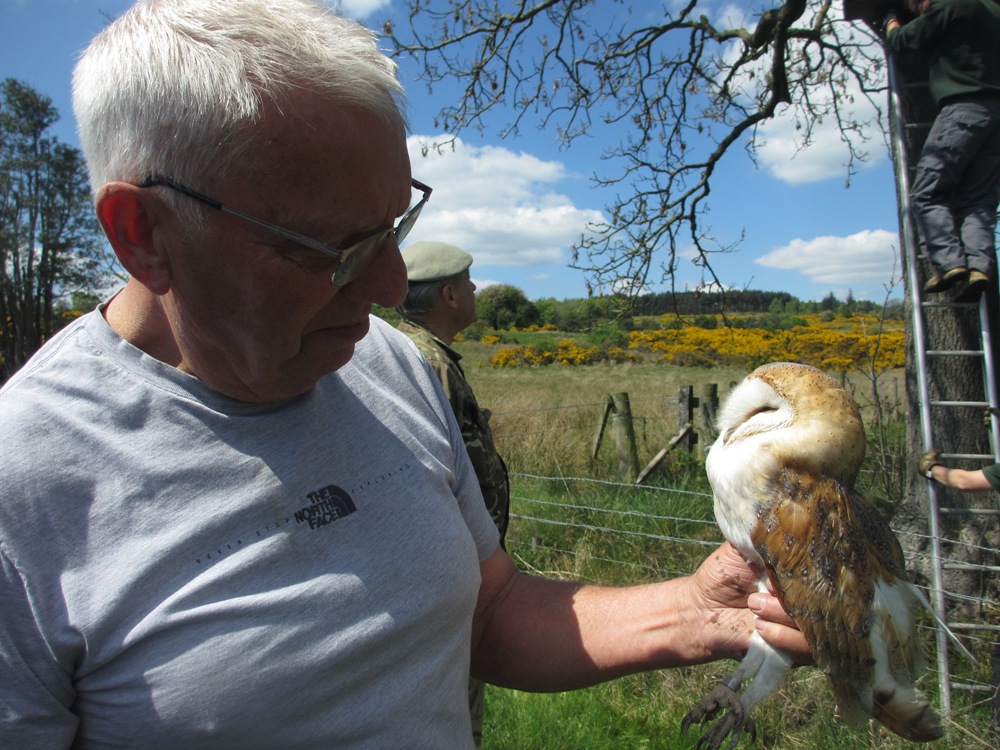 Nearly all of the one hundred small nest boxes have been checked now and many of the garden birds have successfully reared good clutches of chicks such as this Coal Tit chick which was one of eight. 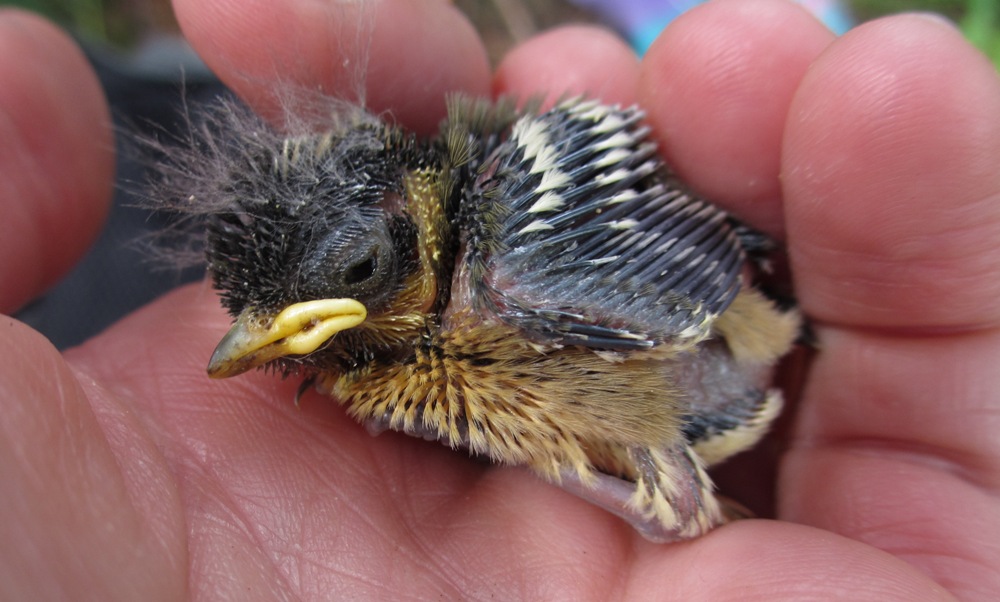 Great Tit chicks have already been ringed and today the first clutch of Blue Tit chicks was ringed too. They all appear to be well fed and in good health. 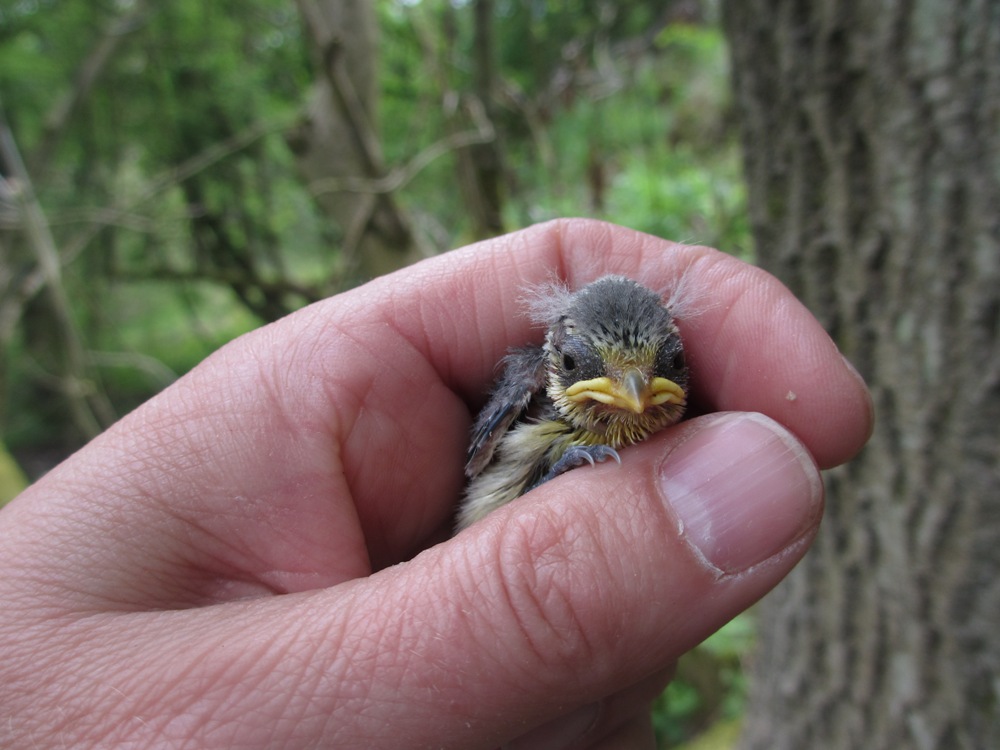 This has been a huge task, helped by volunteers who have been finding the boxes from the map and scribing the data too. 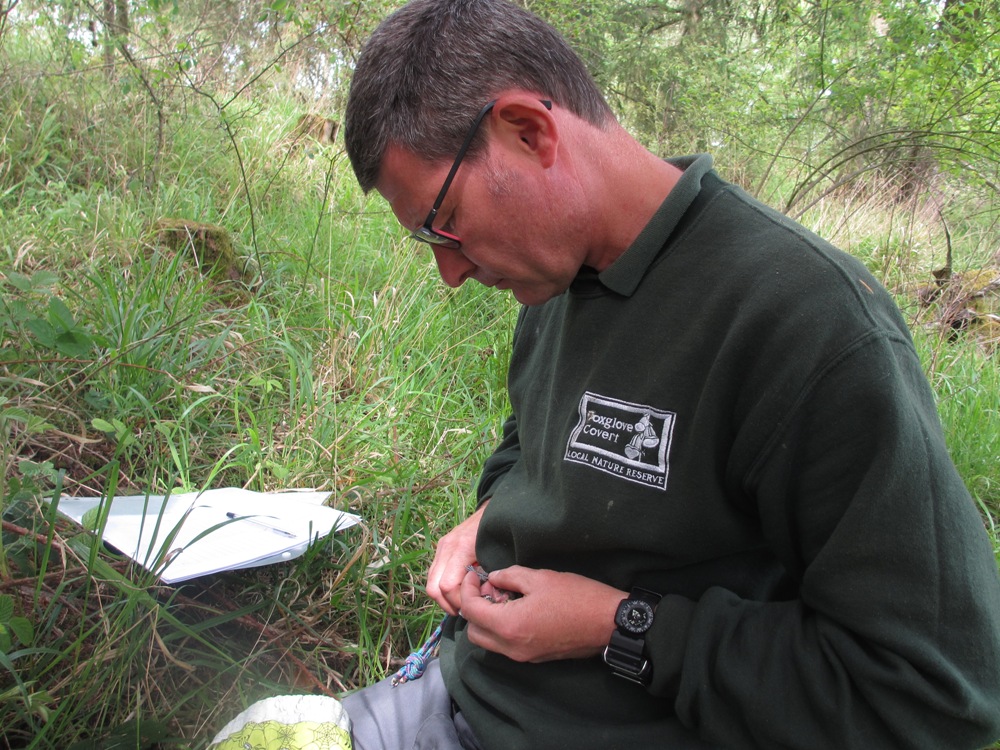 The boxes are spread around the one hundred acres and visiting each one means going off the beaten track. Whilst out in the woodland this picture was taken of the recently thinned conifer block from the opposite side of the footpath. 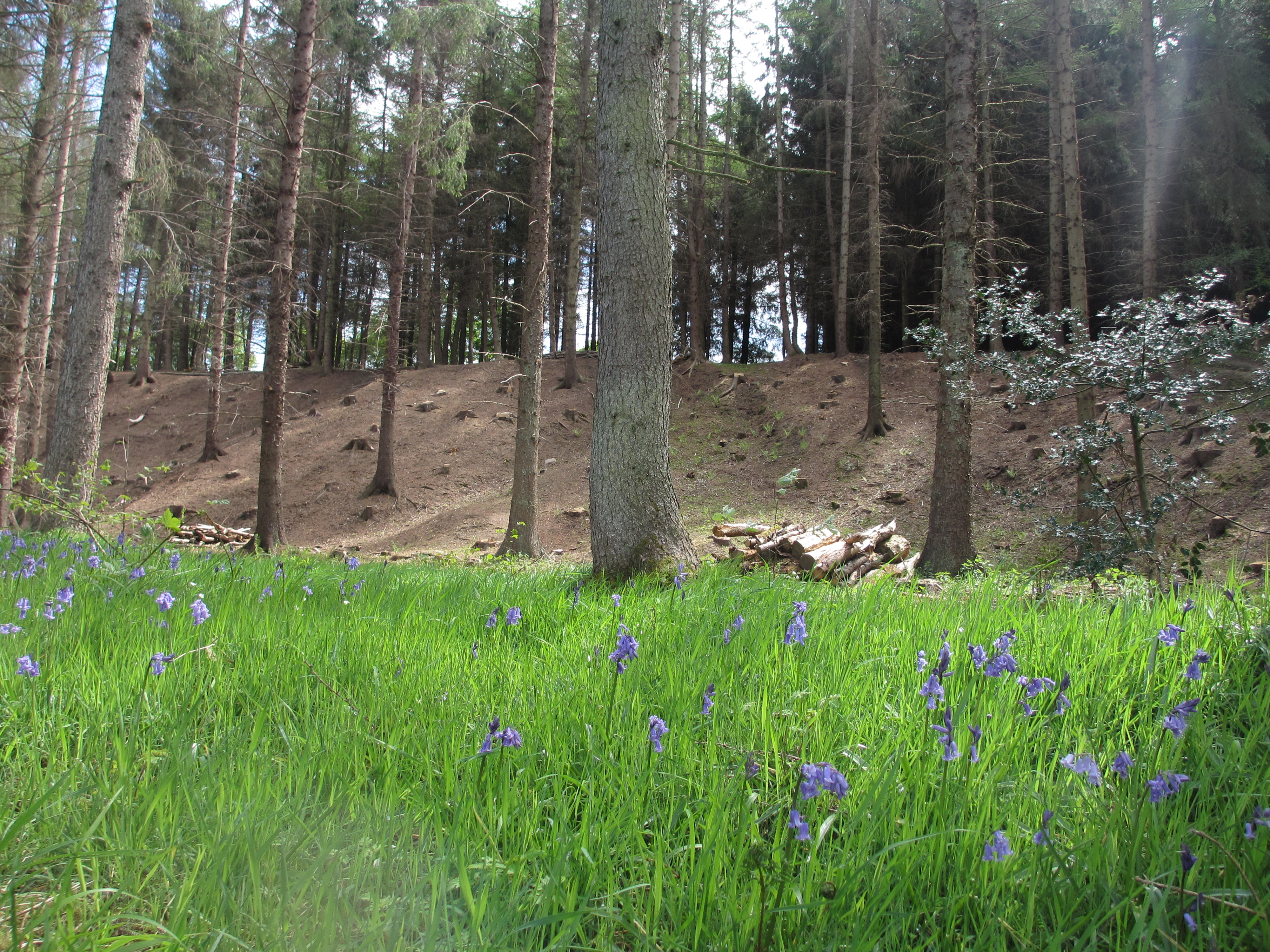 As can be seen by the number of ferns this is yet another success story for the reserve. 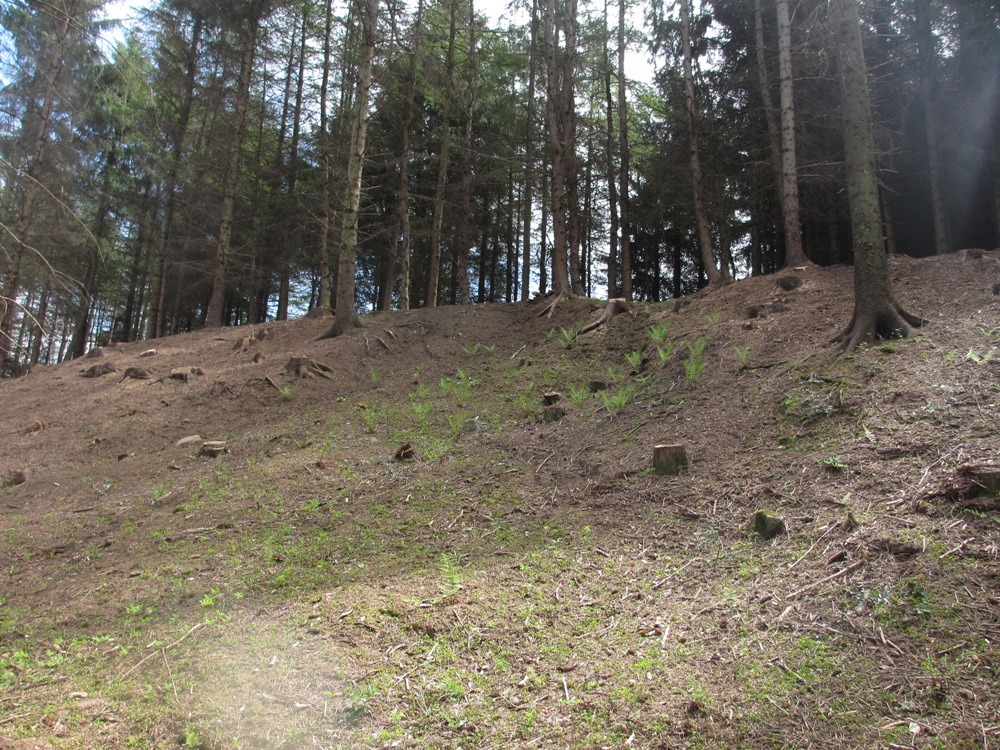