The Day of the Dragons!

We have watched the dragons (dragonflies) over the last few weeks.  They have been flying up and down sunny glades, hunting for food over the ponds and have even been seen flying along Risedale Beck.  Photographs have just not been possible!  They would not remain still at all!  Today in the very windy but warm conditons they have settled.

This Southern Hawker was seen on the steps heading to the heathland.  At one point, having done a circuit, he returned to the sunshine and was eating his prey. 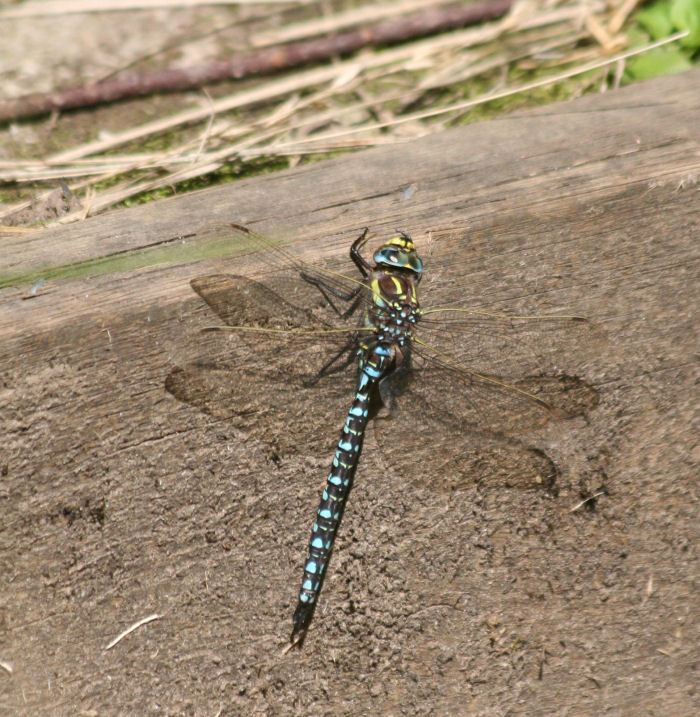 Having landed briefly on one of the volunteers he later landed on Brian's glasses and could actually be heard eating!

On a quiet stroll through the Scrapes a stop was made to see if the Water Vole was there. It wasn't - but another Southern Hawker was! Cameras and binoculars to the ready once again! 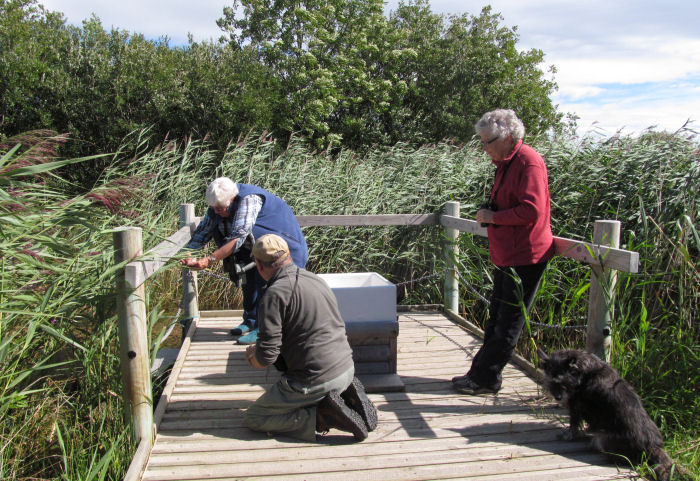 A female landed on the mink raft and began laying eggs.  She carefully felt the wood to find the softest place to insert them. On checking information later, this species deposits its eggs in rotting wood and vegetation.  They do not hatch until the following spring and spend a year in the water before emerging as adults. 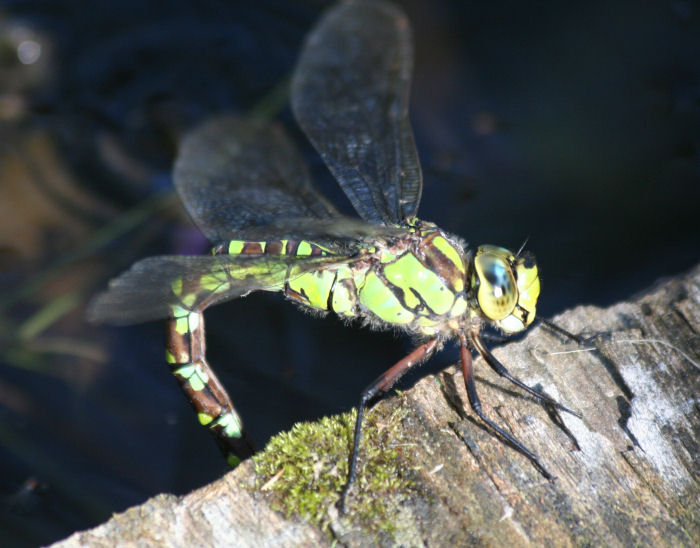 Even in the wind there were butterflies to be seen; Comma, Red Admiral, Peacock, Small Tortoiseshell and Speckled Wood were all dancing in the sunshine.

The second green one on the vole-platform was the Southern Hawker, wasn’t it?
.....and the first one, which was blue, looked like an Emperor….please don’t think I am nit-picking, I’m learning every day. Glenn