Seven of the “Big 8” Bumblebee species have now been seen on the reserve with only the Garden Bumblebee left to spot.

The patch of Red Lungwort (Pulmonaria rubra) found in the back garden of the Field Centre is a great place from which to spot Bumblebee queens at this time of year. Over the last week this patch has seen a shift from Buff-tailed, White-tailed and Heath queens to Common Carder Bee queens and Early Bumblebee workers (as seen in the picture below).

It would seem that some Early Bumblebee queens made good use of the brief bit of warm weather we experienced a few weeks ago (sandwiched between two cold snaps) and managed to rear their first brood.

The Early Bumblebee is a Spring specialist, and appropriately it emerges much earlier than any of our other bumblebee queens, with males often being spotted as early as April or May.

It is doubtful that even the Early bumblebee will have been immune to the appalling weather we've been subjected to so far this year. Instead, expect to see the stunning Early males, with their characteristic bright yellow facial hair, much later than expected. 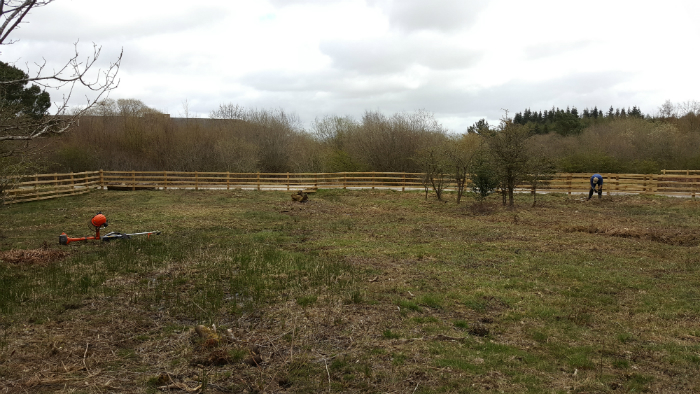 Aside from getting distracted in the garden, and planting more snowdrops (the last of which all seem to have taken very well!), we have been cracking on with the last Heathland paddock. As well as removing vegetation and reducing competition to Heather shoots we've also employed the leaf blower to remove large quantities of leaf from the surface. 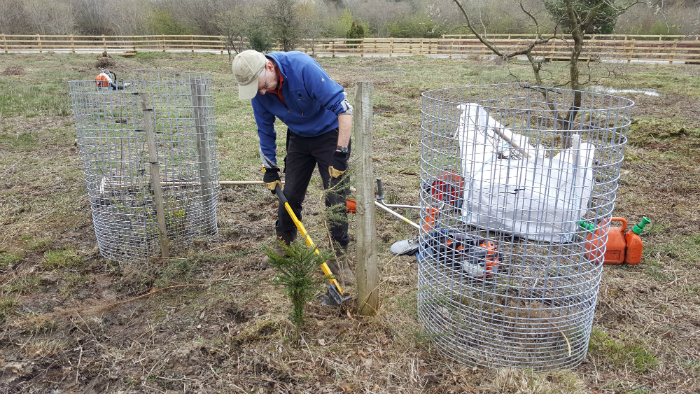 The two caged off Yew saplings seem to be doing pretty well and needed only a little bit of TLC. We're now all but finished and will move on to knocking back vegetation over shadowing a really nice patch of Heather just outside of the paddock to the south.