I am sure that some of you will remember our 'Highlanders'.  I am also sure that many of you will remember the 'fun' they ensured the volunteers had, from rounding them up when they did not want to be, to herding them off the wetland, where they should not have been and trying to find them when checking that all four were still on the reserve! 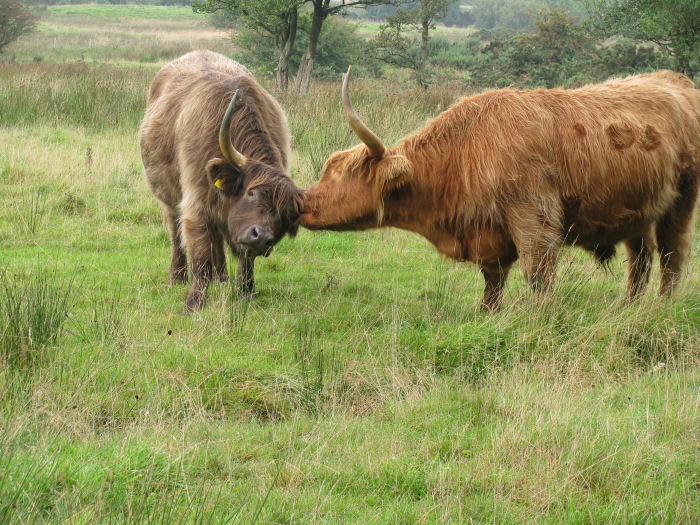 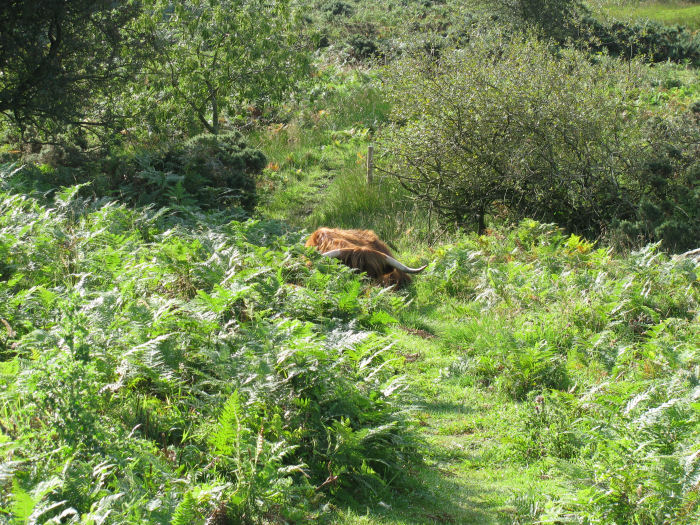 They were on the moor to do a job and they did it well, eating the rough grasses and breaking up the soil to allowed the flora to begin to develop on what was once very rough pasture.  The idea was to create a flower come hay meadow.  It is amazing what the middle moor looks like now.

A survey of the middle moor last week recorded over 50 species of grasses, sedges, rushes and flowers.  Lousewort is spreading from one plant to several, across a larger area in the damper parts of the meadow.  This plant is semi parasitic on other vegetation. 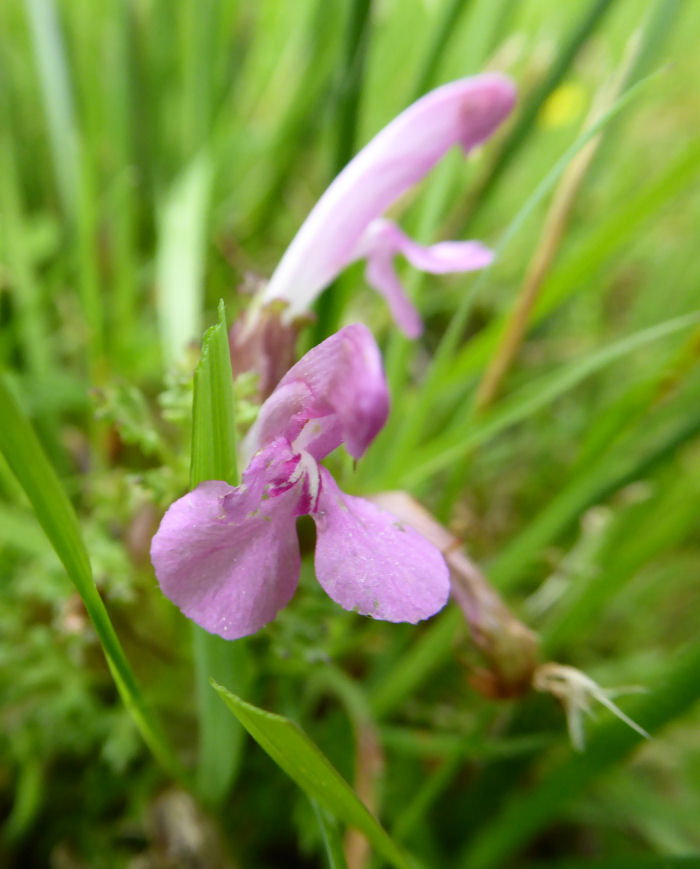 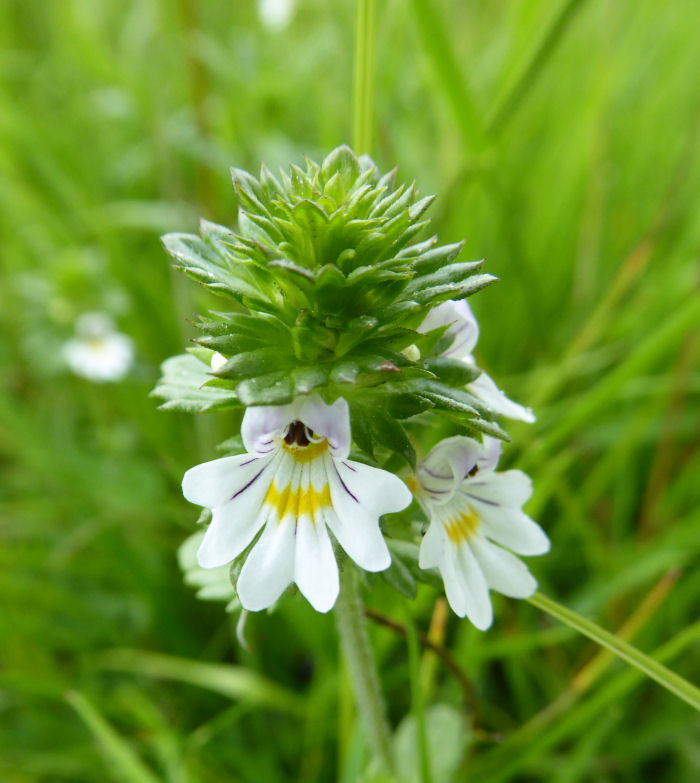 Yellow Rattle was planted as plug plants three year ago and some donated seed was also scattered across the moor and this year you can really see that it is doing its job of reducing the sward of grass, upon which it is semi parasitic. 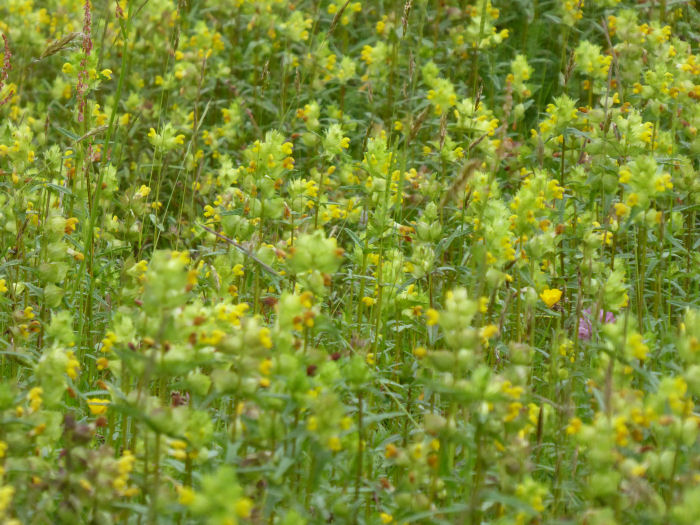 Wood Cranesbill grows on the reserve and was re-introduced to the moor last year where it is growing well. 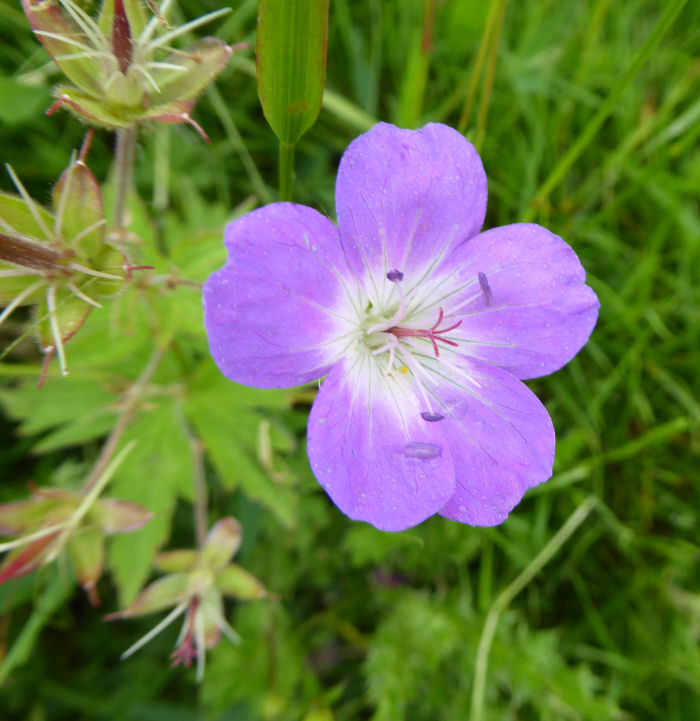 Common Spotted Orchids are making an appearance too. 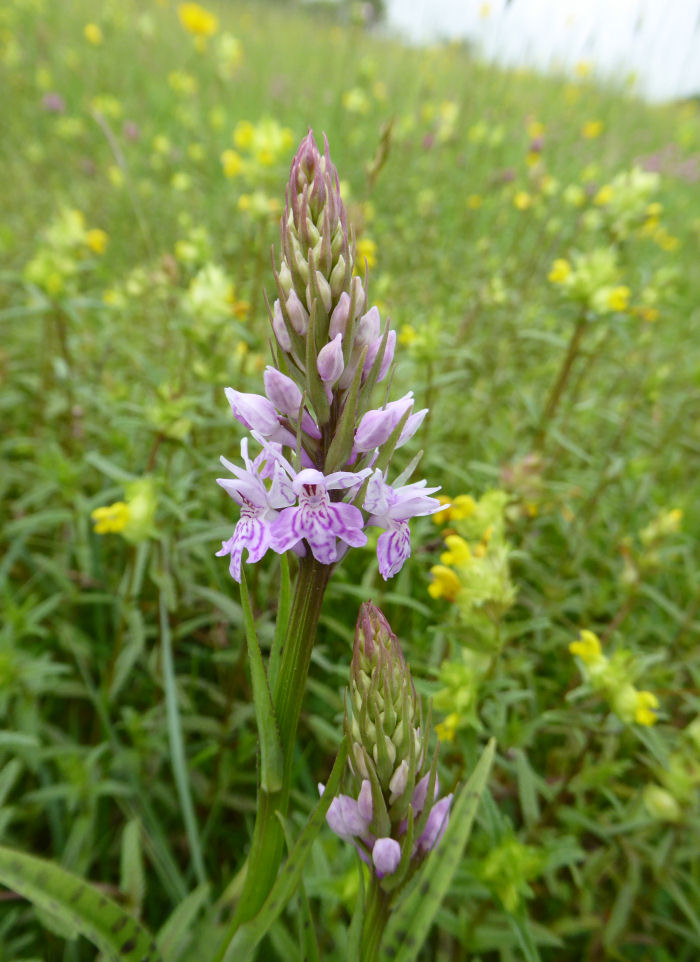 As summer continues other surveys will be carried out to catch the later flowers and the list of species will no doubt grow.

First thing this morning the moor was yellow with buttercups and Yellow Rattle.

Today was also CES 5 and another 4am start.  The cold, damp weather has hindered the development of some chicks and the ringers have found many of them dead in the nest boxes.  Often by now the numbers of new birds ringed is increasing as the juvenile birds leave the nests, and although some did appear in the ringing room there were not as many as usual for this time of year. One surprise was the number of Siskin - sixteen adults and young were ringed. The total of birds caught today was 138 compared with the halcyon days of 2007 when it was 260.  But it is not all bad news yet because the totals for CES 5 over the 24 years the scheme has been running at Foxglove were worse than today during 13 of these years.  Kestrels though seem to have had a very poor year and after the 80 that were ringed locally last year it is likely the total this year will be below 25!  The benefits of long term studies cannot be overstated.  A map of our recent bird movements can be seen in the bird ringing section; over 56K new birds have now been ringed in and around FGC.

Many thanks to everyone who helped today, especially the cake makers, Ruth and Sophie.

Some of the bird ringing team are heading north, later this week, for their visit to Cape Wrath and it will be interesting to see the results of seabird breeding.