Yesterday's light dusting of snow continued through the evening and produced beautiful scenes around the reserve today.  With clear blue skies, many animal tracks were visible, with Roe Deer and Fox being just about everywhere.  There were Stoat prints along the walkways.

Here are some prints that are not seen too often…that of the Grey Heron. 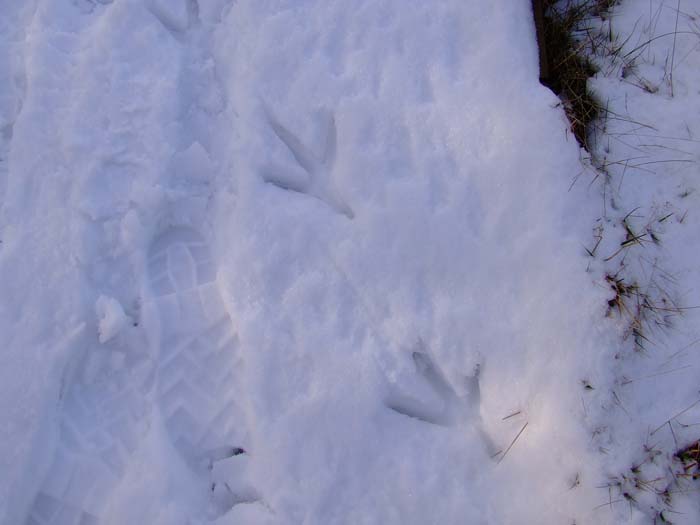 These were taken along the Wetland walkway. Being one of the larger waders, the scale of their prints can be seen clearly when next to a size 7 boot!

Risedale Beck was very serene as the songs of tits and finches could be heard in the tree tops. 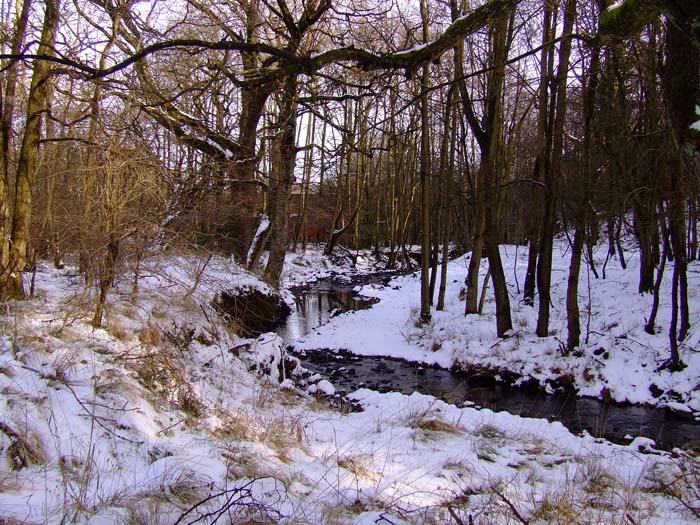 Many of the pathways were unspoilt save for that of the various animal tracks. 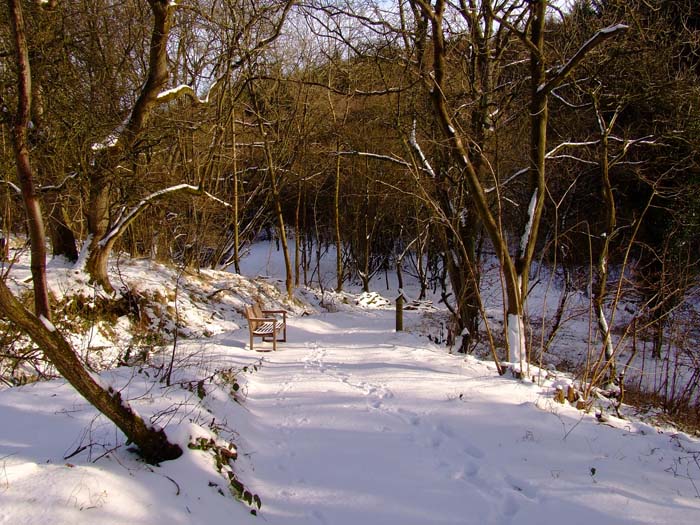 Despite the frosty start the bird ringers were in and 166 birds of 20 different species were caught and processed.  Species were as expected and incuded Goldcrest, Reed Bunting, Siskin, Brambling and Lesser Redpoll.  Three Woodcock were also seen on the reserve, a flock of Crossbill, and a flock of Fieldfare eating the Cotoneaster berries as a last resort!