There was some trepidation this morning as Foxglove was opened up - after the rain and storms last night how had she fared?  A site walk revealed no damage, the severe weather had travelled further north.  Walking around during the day gave plenty of opportunities to view 'the weather'!

The lake was running over both parts of the weir and black clouds seem to suggest more rain on its way. 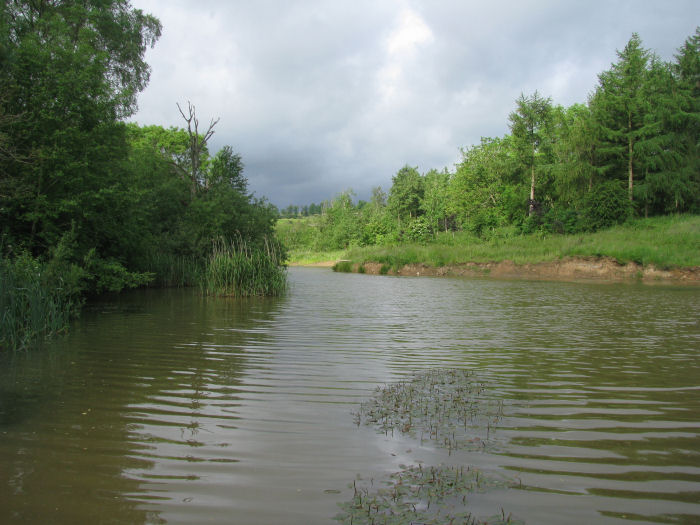 Black clouds but a spot of sunshine over the moor, where the Buzzard was calling and circling without any problems from the wind! 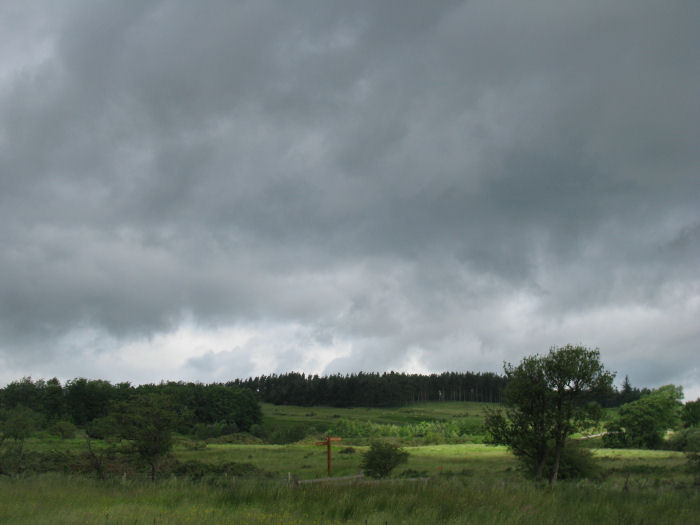 During the afternoon the wetland was checked.  Grasses and reeds were bending in the strengthening wind, but there was some blue sky and white fluffy clouds! 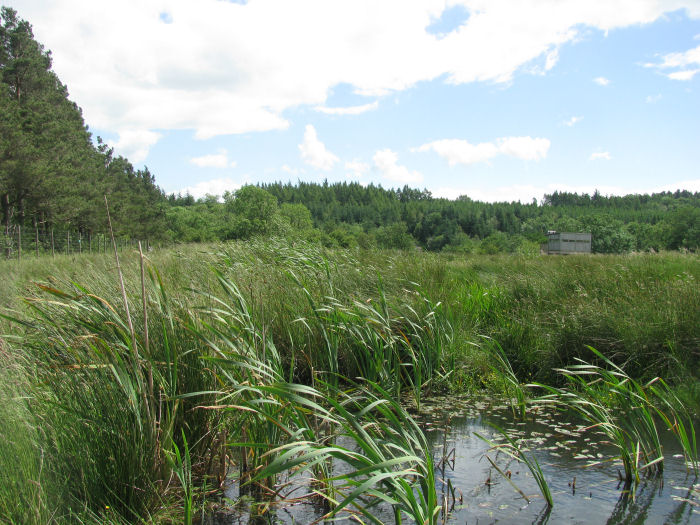 In the centre of the reserve a few places were sheltered and the sun was warm and bright, giving these lovely shadows of the pond plants. 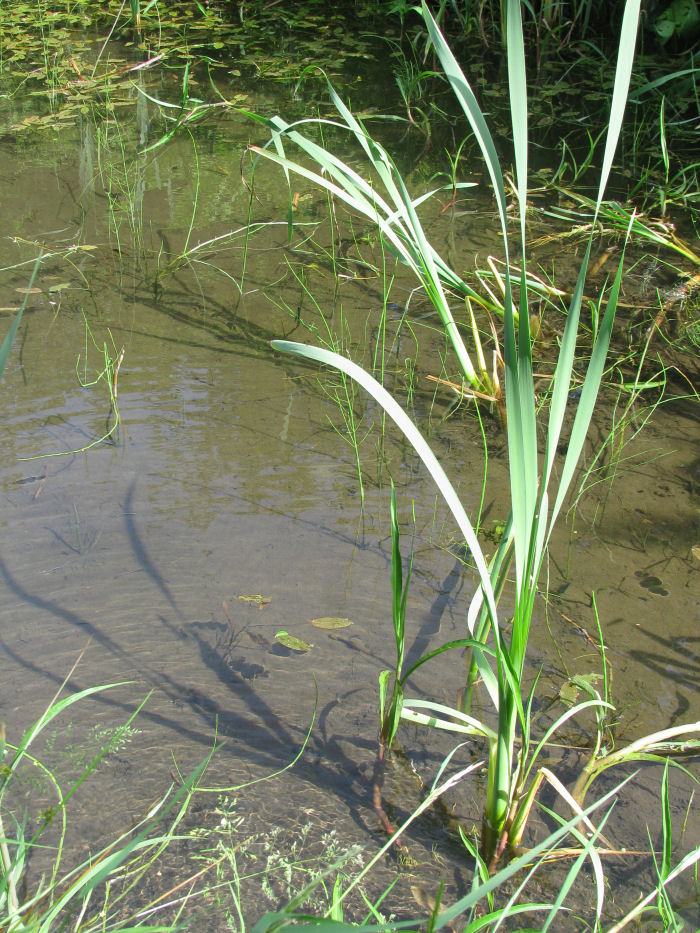 Late in the afternoon one gentleman who had visited Foxglove some time ago brought his friend and they walked around the red route.  On returnng to the centre they were excited and checked the Observation Board saying 'You have not recorded them!'  'Them' were Crossbills, male and female.  They had not seem them before and were really thrilled by this sighting.