It was CES 8 today and with no viable alternative on the horizon the decision to proceed was taken carefully given the foul and unsettled weather that was forecast.  At 04.15 fourteen people had arrived ready to erect the nets.  As the early showers drizzled on the ringers checked the nets continuously returning the birds to the ringing room.  For more than 5 hours it seemed a down pour was imminent, but fortuitously the showers seemed to pass us by. Over 200 birds were processed which placed the day 5th in the league table over the past 19 yeras.  How we managed to get away with it  is a mystery but the decision to 'carry on regardless' proved a good one - more by luck than judgement!  Once the nets were down the heavens opened!

Although the weather was so variable - sun, wind, drizzle and light rain - the flowers are showing their colours around the reserve.

The  Knapweed (Hardhead) is just beginning to open.  These flowers provide much food for insects and bees. 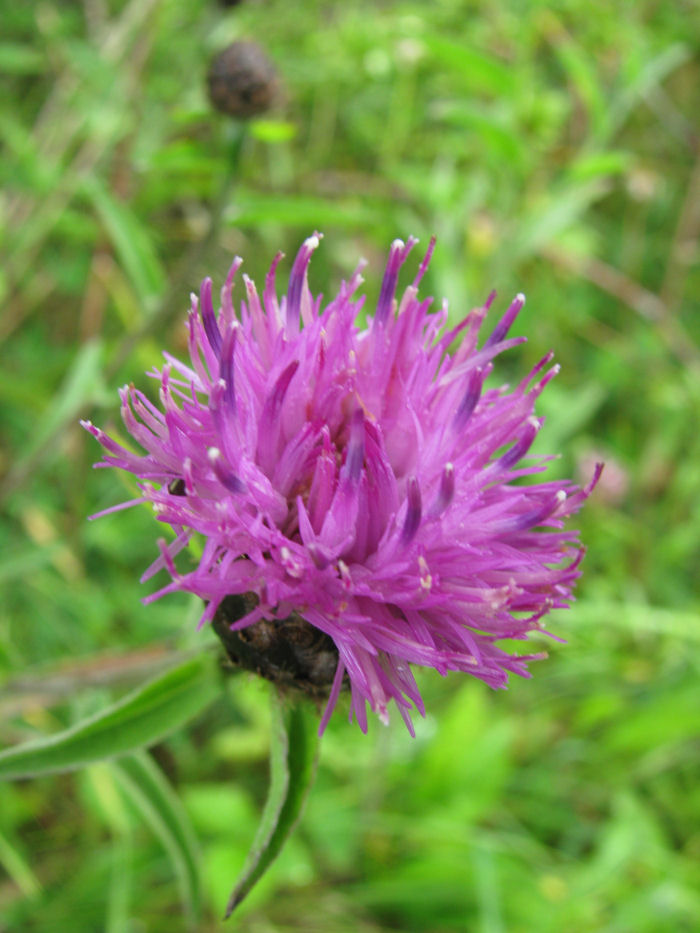 Sneezewort is opening its white flowers on the heathland. 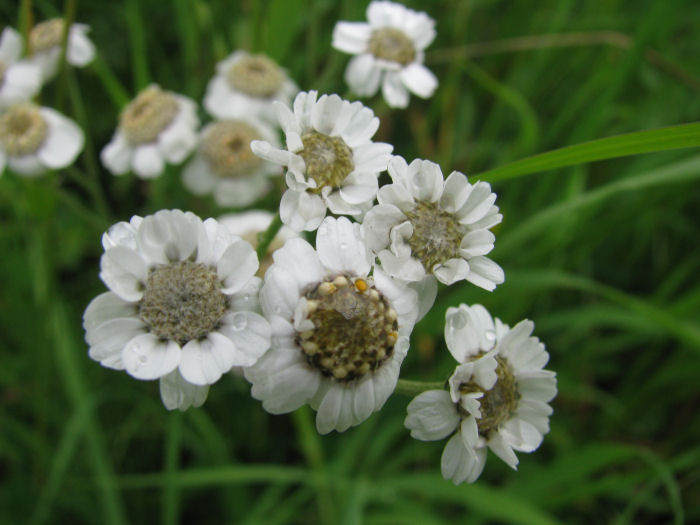 Other flowers just beginning to bloom include Agrimony, Hemp Agrimony and Sow Thistle, some of which are growing to a height over one metre!