Volunteers were busy throughout last week carrying out a variety of different conservation tasks. In some areas of the woodland, Gorse had almost taken over and was crowding out some of the specially planted native trees. Armed with loppers, some of the dedicated mid-week volunteers cut down as much of the unwanted Gorse as they could. 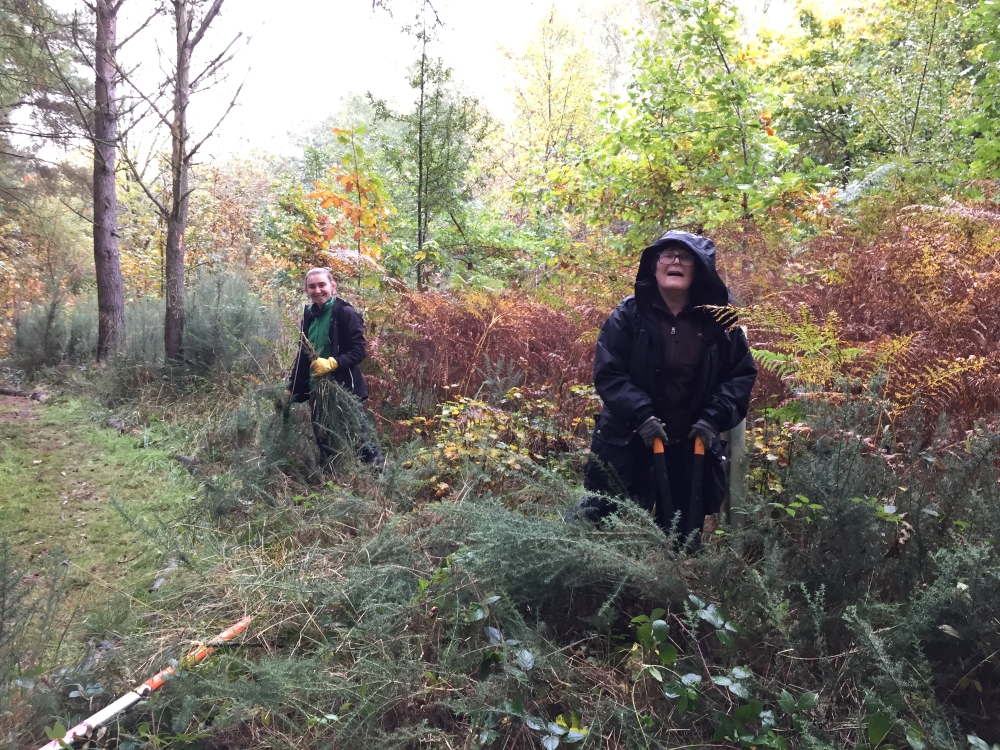 This then had to be carried to a central bonfire site. If it had been stacked up, the pile would have been huge! It was 'green gym' at its best with some people clocking up thousands of steps on their phone Apps! 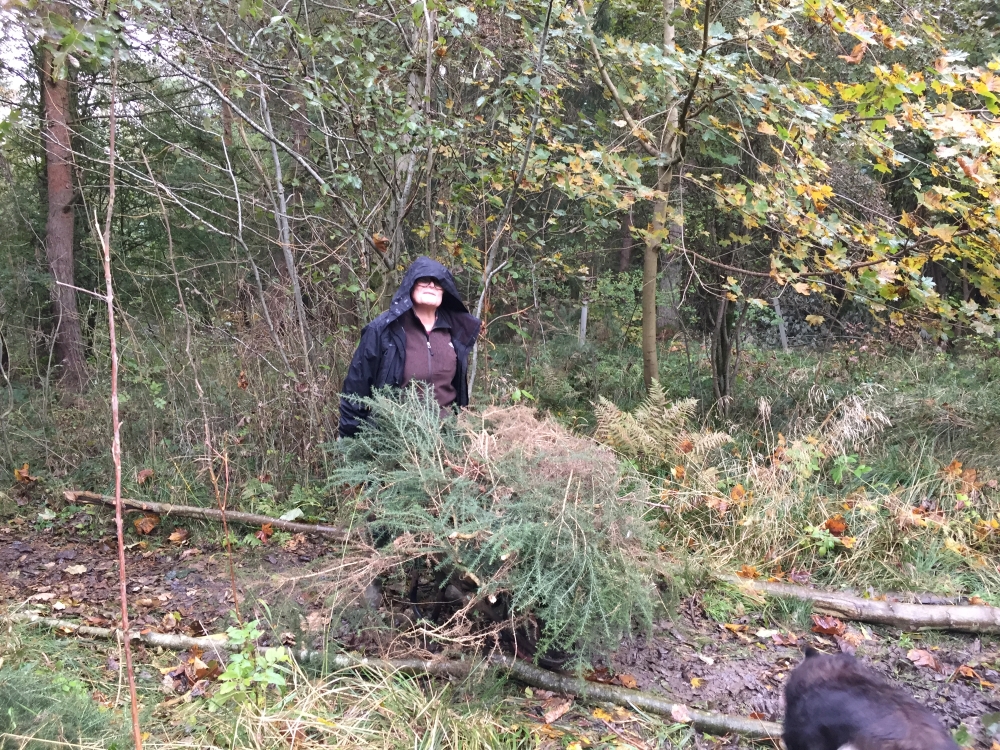 This work will benefit both the older Larch trees and the younger trees that are still growing inside tree protectors. Small Ash trees that had suffered from Ash Dieback and diseased Sycamores were also removed. 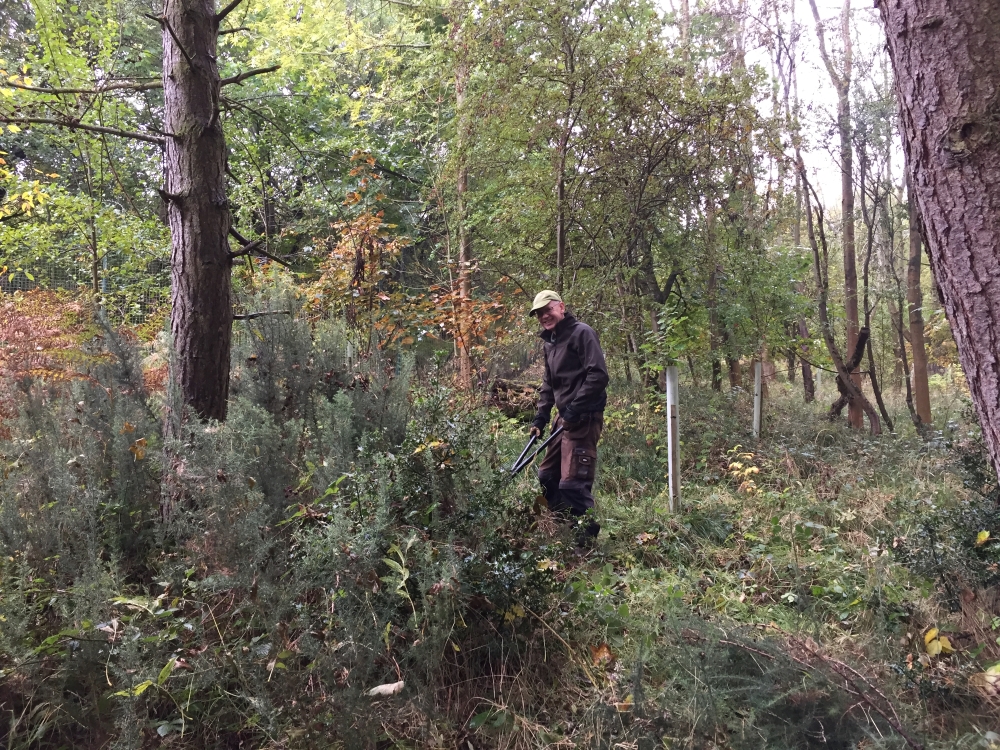 In some places trees had become completely surrounded and would have struggled to survive. 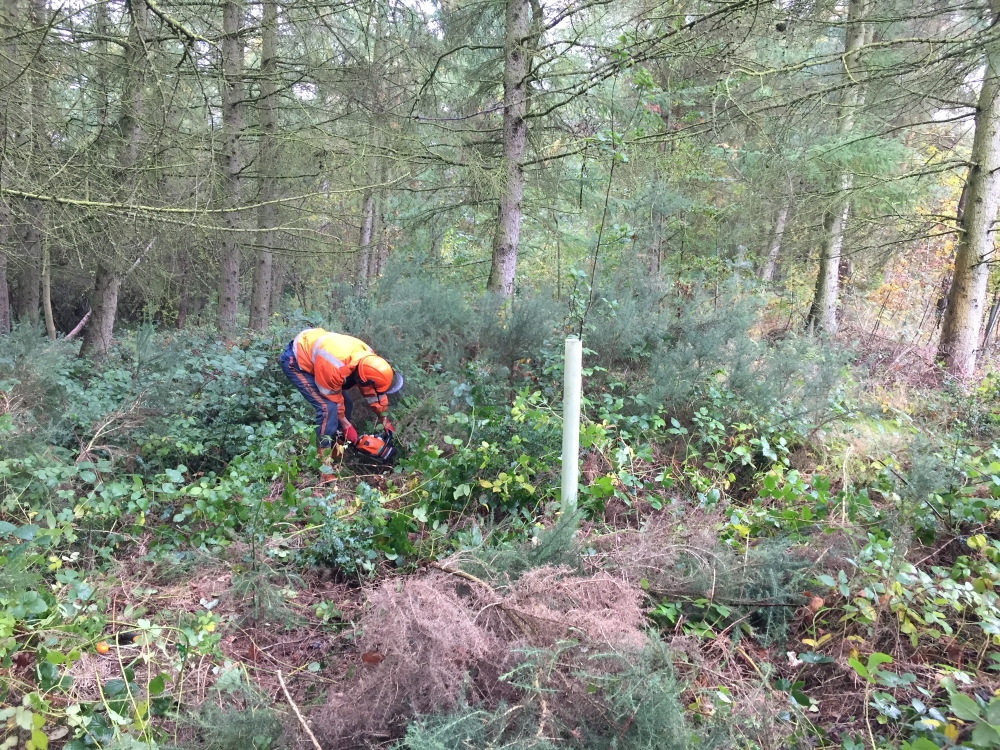 Further along the Discovery Trail, students from Askham Bryan tested out their woodwork skills by edging the footpath with timber; quite a task on such uneven ground. 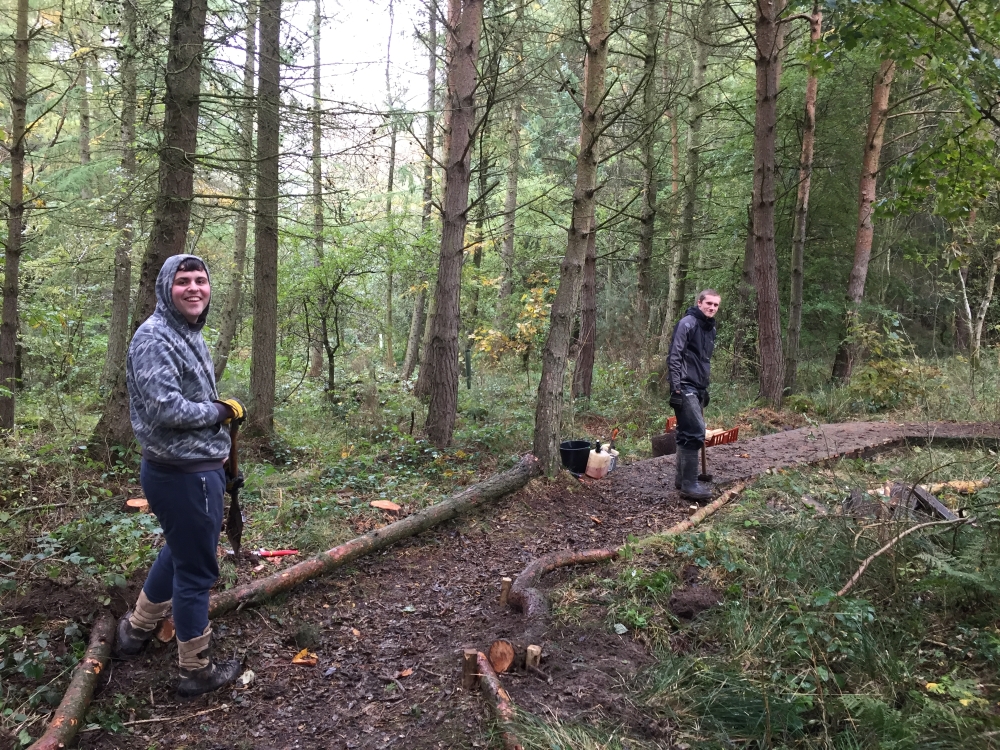 Down in the Scrapes, Bob found yet another wooden structure in need of repair; this time a set of steps used by the bird ringers on their net rounds. 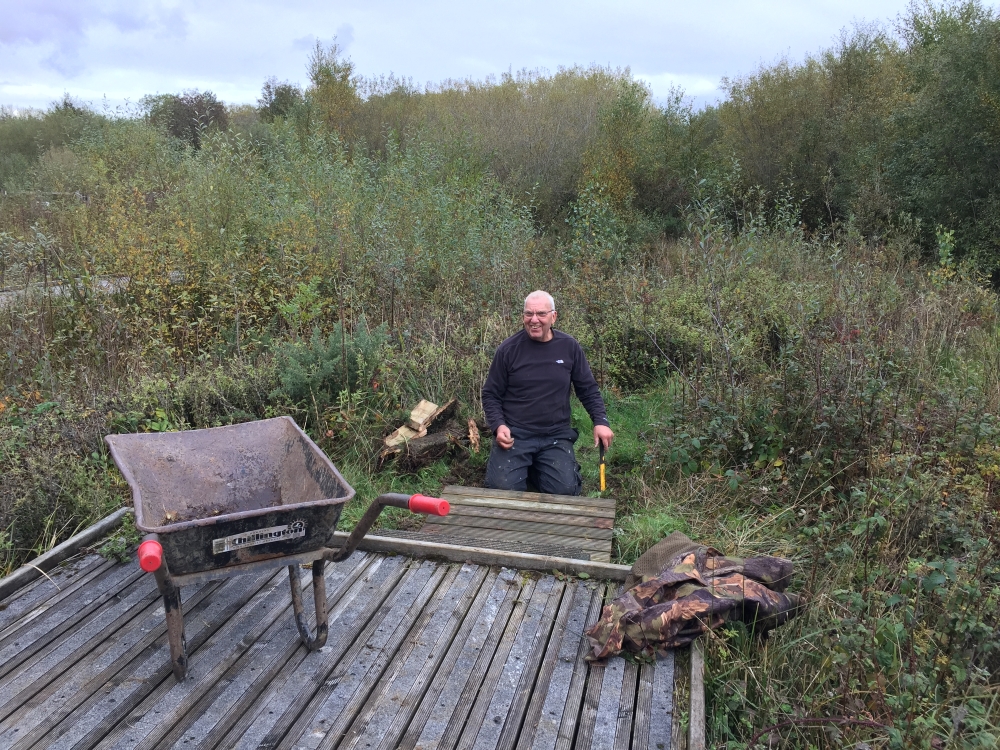 This was much appreciated especially as it is on the way to the net rides where Redwings can be caught in good numbers. With flocks continuously passing overhead, some of the bird ringers (also volunteers) made the most of the opportunity and put up the mist nets on several mornings. It was easy to keep 2m apart and to wear a face covering but not so straight forward trying to read tiny numbers through misted up glasses! 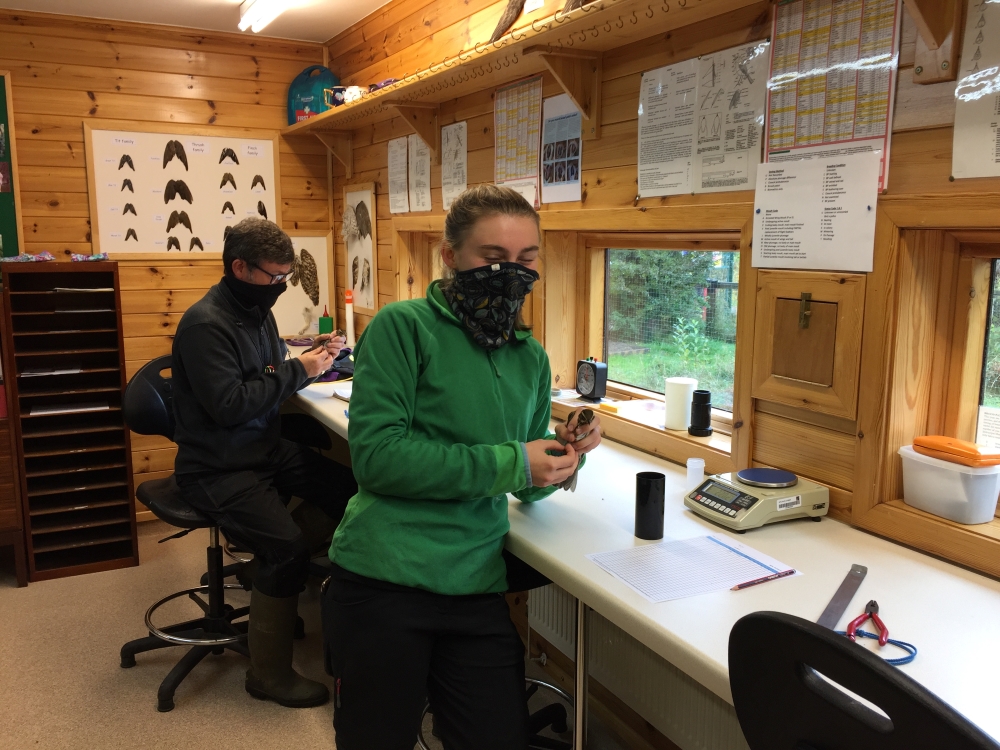 So far 58 of these stunning birds have been caught and ringed since the beginning of October at the reserve. 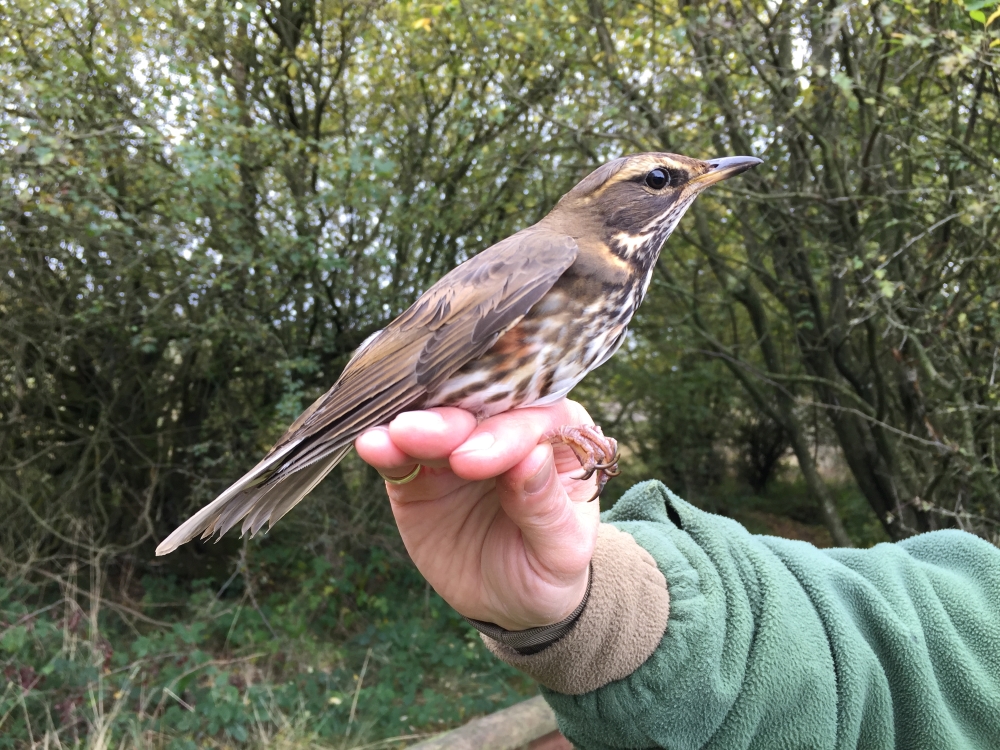 Amongst the birds caught and ringed were several Goldcrests, Bullfinches and Reed Buntings and a couple of Continental Blackbirds. These are easy to identify as they are much darker, slightly larger and have a darker bill than the resident ones, like the female shown here. Blackbirds move about much more than many people realise. They disappear from gardens in September and October for two reasons; firstly, they will be hiding away to recover from moulting and secondly, they move out to the fields in search of food. When they return from November onwards, they are in bigger numbers.

Clare Simm, of the BTO Garden Ecology team, explains the reason for this significant increase: “Large numbers of Blackbirds migrate from Sandinavia and continental Europe to spend the winter here in Britain and Ireland. A few of our Blackbirds migrate too, but generally only moving within Britain, often moving south and west during the autumn, pursuing the milder weather.” Ringing is one way to learn more about these fascinating movements. Several birds that were originally ringed in Norway have been controlled (caught again) at Foxglove and vice versa. 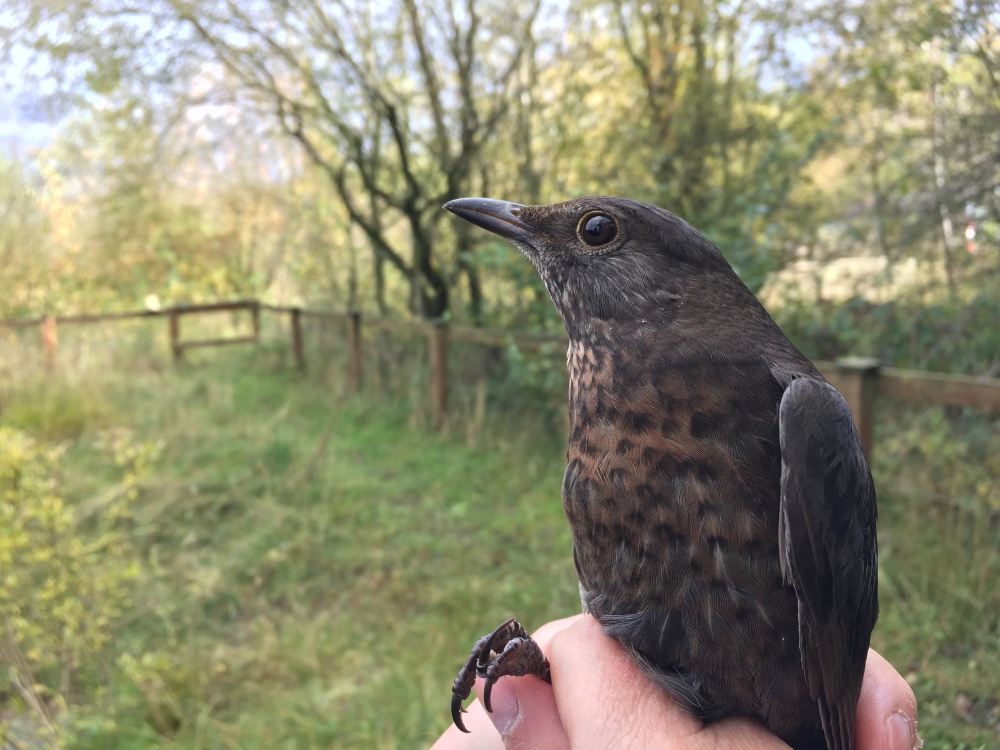