Members of the Swaledale Ringing Team based at Foxglove have just returned from a bird ringing trip to Norway. The Dividalen Fugelstation (bird station) is within the Arctic Circle close to the border with Sweden. It is in a valley that is used by thousands of birds on their migration. 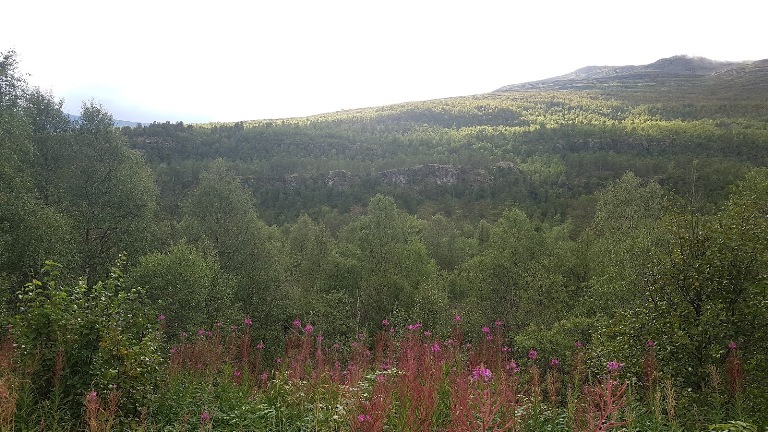 The area is mainly forest and there is a wide river, the Divi, that the birds seem to follow on their routes north or south. 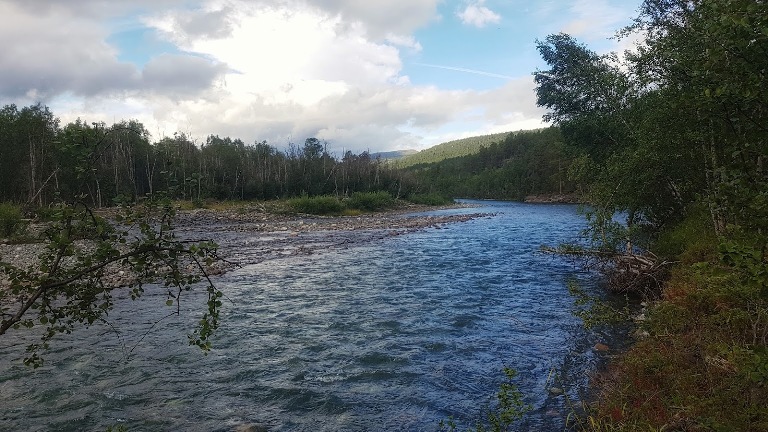 The valley narrows close to the bird station and the birds are 'funneled' in between the steep mountain sides making it a perfect location for the study of migrating birds.The Norwegian ringers use elevator nets which are very tall to catch the birds that fly high in the canopy. 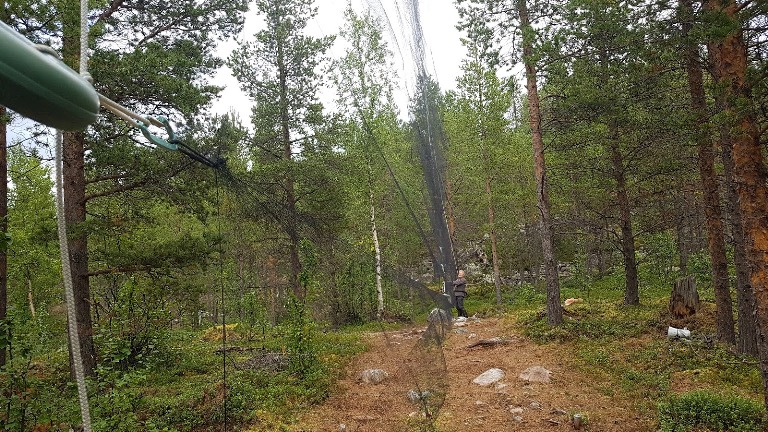 24 hour daylight means that the ringing activities can take place around the clock. During the week 1050 new birds were caught and ringed. Many of the species were new to members of the group such as this beautiful male Bluethroat. 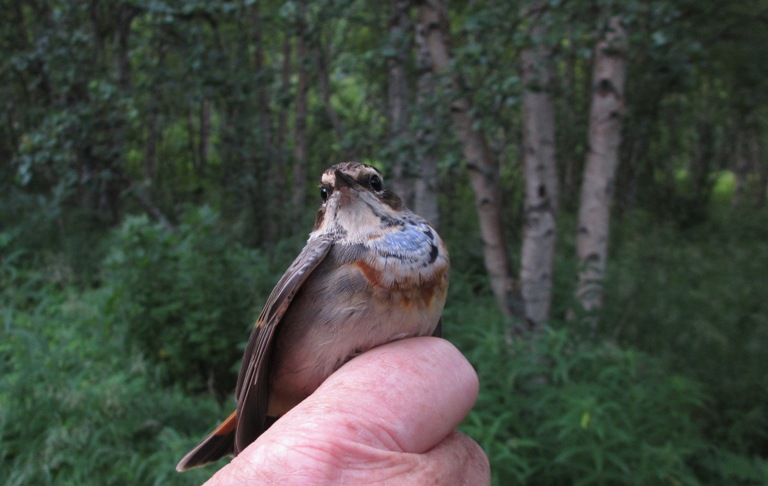 The tail of which is also spectacular. 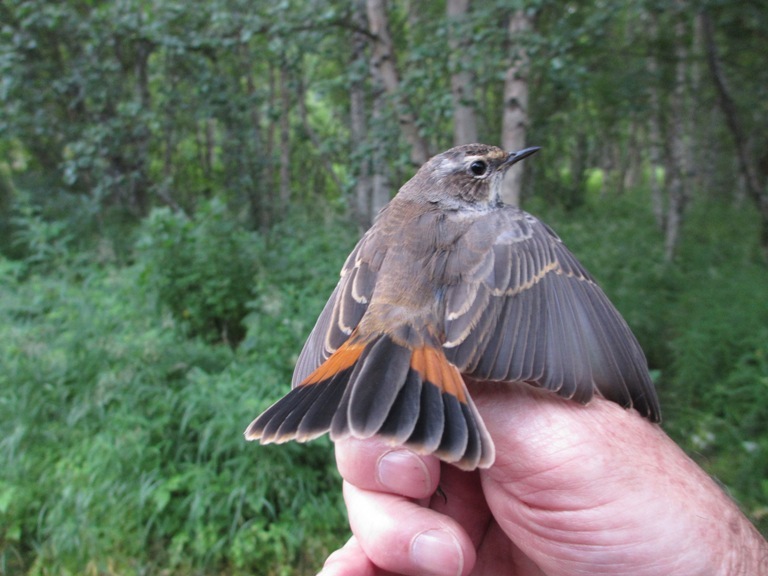 A juvenile male Waxwing also turned up in one of the nets. 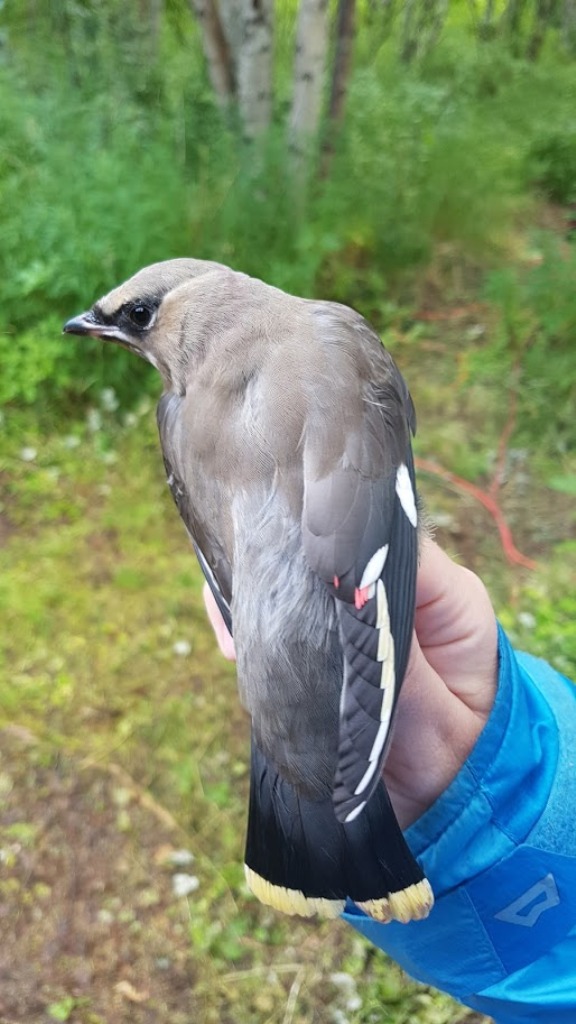 Along with a Yellow Wagtail of the sub species Thunbergi 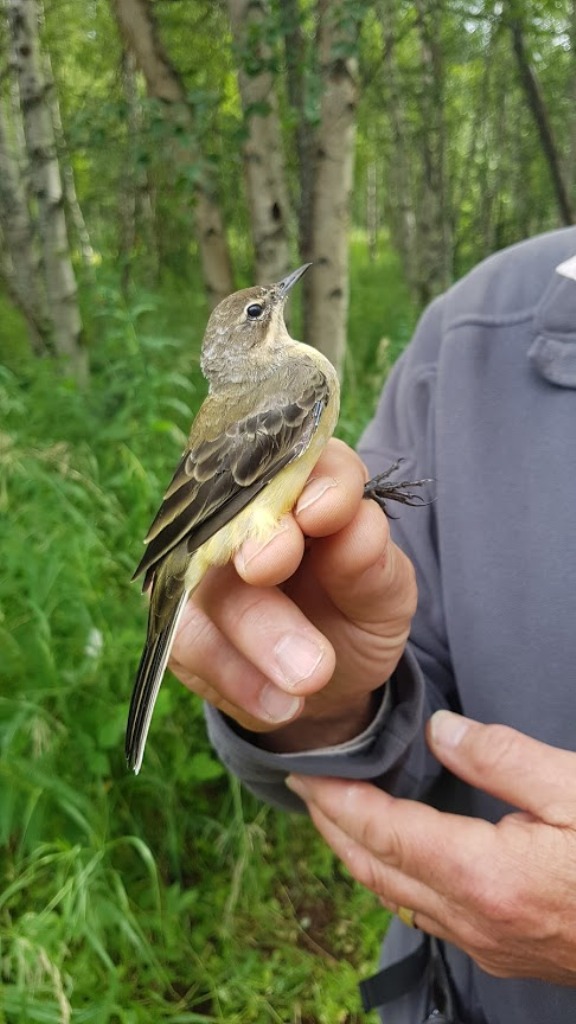 A highlight for all involved was the number of owls caught. Tengmalms owls are common in Northern Norway and have striking eyes! 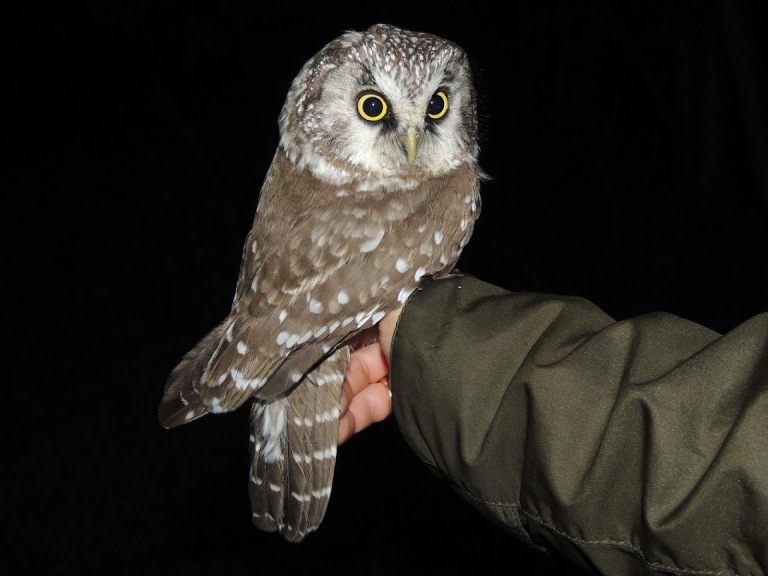 Hawk owls are slightly larger and much stronger with long tails and fierce talons. 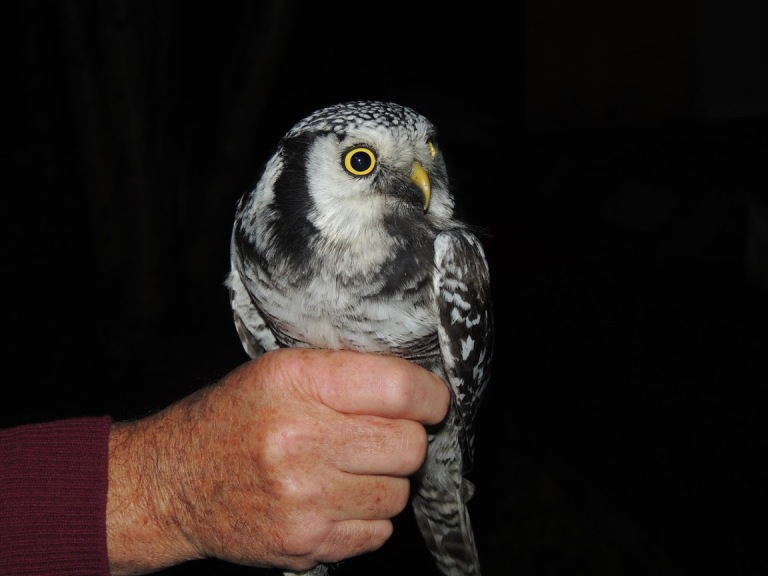 Whilst Pygmy owls are very small (about the same size as a Bullfinch) and placid in nature.  We were told they could get into a  Great Tit nest box with a 32mm entrance hole! 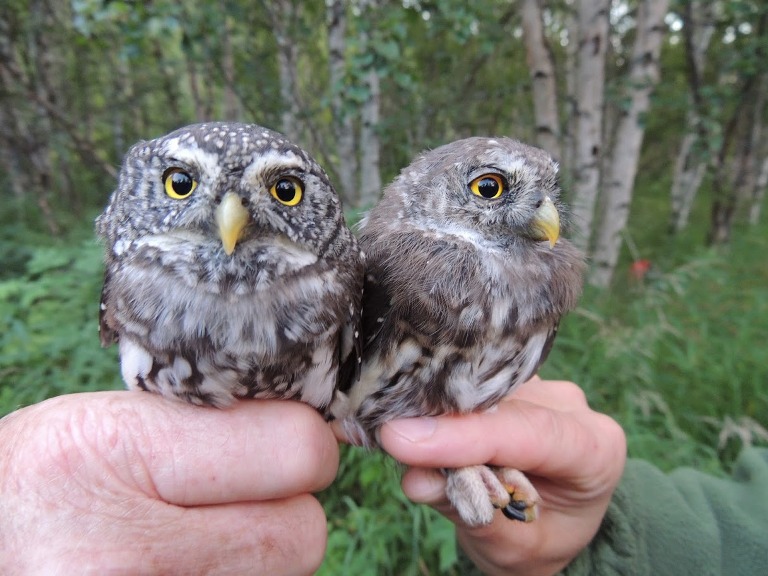 Another exciting catch was two Siberian Jays. These are rarely ringed and are comical birds in that they make sounds similar to squeaky dog toys! This adult bird was ringed nearly 7 years ago and none had been caught since 2014. 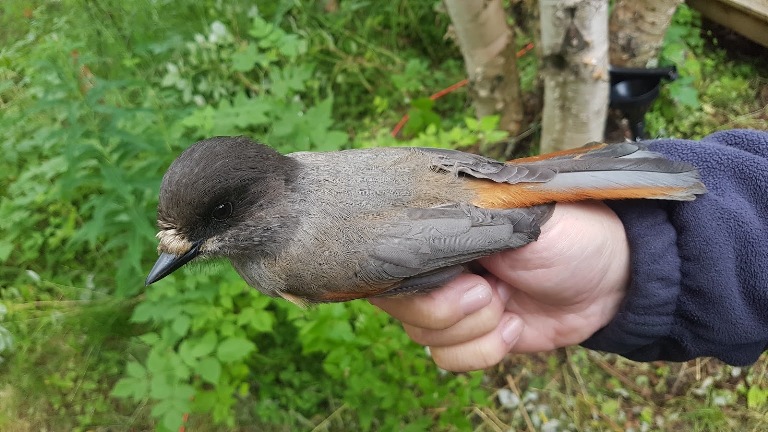 There are many different species of woodpecker in the Norwegian forests such as this Three-toed Woodpecker.  This is a juvenile with a white crown which turns to yellow as it gets older.

All in all the week was a huge success. The habitat in this part of the world is outstanding and the wildlife and scenery are spectacular. On the last day the group visited an ancient Aspen forest. The trees were magnificent and much older and larger than any Aspen we had ever seen previously.  The understory was rich with flora and fauna creating an extremely special habitat which will hopefully be protected for the future.  We were informed that 8500 species of briophytes (mosses and lichens) had recently been identified by a team of visiting specialists before they gave up! 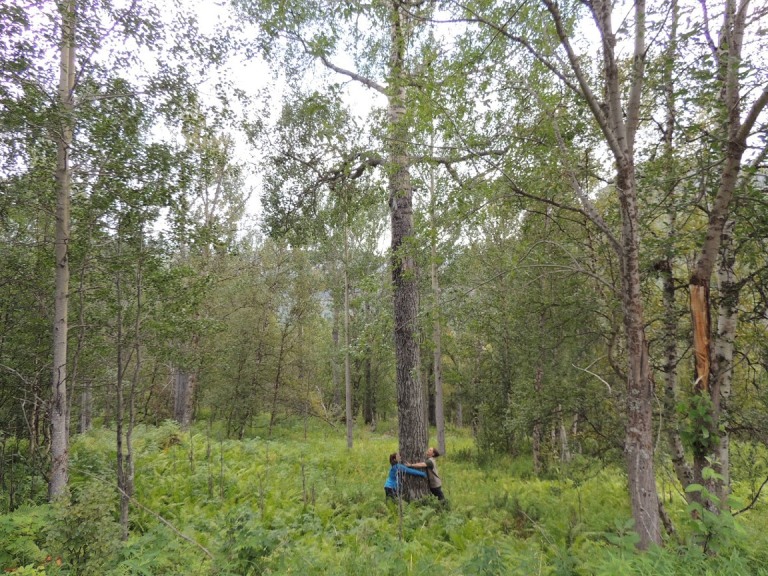 Our thanks go to our Norwegian hosts Vigdis and Karl-Birger Strann for making the week so memorable and to Leanne and Roger for the photos.